Saturday’s semifinals are set, as four teams emerged from the first round of the Bantam Elite League Major playoffs with victories.

The Penguins marched past the Kings 7-5 in the first game of the day in St. Louis Park, scoring four goals in the first half and adding three in the second. Austin Burnevik tallied two goals in the win for the Penguins, who got single goals from Harper Bentz, Jack Strobel, Ty Tuccitto, and Eli Miller. The Penguins have won two of their last five entering Saturday’s semifinals. Landen Gunderson scored a goal and added two assists in the loss for the Kings, passing Chaz Lucius for the all-time Bantam Elite League scoring record. Gunderson now has 37 total points while Lucius finished the 2016 campaign with 35.

Team Wisconsin continued its hot streak against the heavily undermanned Bolts, racking up six goals in the second half en route to an 8-0 win. Four of Wisconsin’s goals came with 9:32 to play in regulation. True to the balanced nature of the team, eight players notched goals for Wisconsin, with Kade Smigaj, Evan Hunter, and Quinn Finley all adding two assists to their goals. Hunter has provided a spark since returning from injury last week, scoring a shootout game-winner in Duluth and recording three points on Friday.

It took overtime and a shootout, but Team North Dakota shook off the Sharks for a 5-4 win, picking up their third victory in as many tries against their Friday night adversary. The Sharks took a 2-1 lead after the first half on goals by Jimmy Clark and Devin Cardenas, erasing the 1-0 lead North Dakota held by virtue of a goal by Mason Reynolds. Reynolds then tied the game with 2:20 left in regulation, sending the game into overtime and eventually a shootout. Dawson McCann netted the lone goal in the shootout, while goaltender Andrew Peterson stopped all three shooters he faced. McCann also scored in regulation, along with Zach Nehring. Tommy Boisjolie and Aidan Willis scored once each in the loss for the Sharks.

The North Stars continued their streak as one of the hottest teams in the league with a solid 6-2 win over the Bruins in the nightcap. Max Roby led the charge with four assists in the win, as the Stars got two goals each from Jayson Shaugabay and Ty Hanson. Grant Winkler and Zam Plante each added a goal for the Stars. 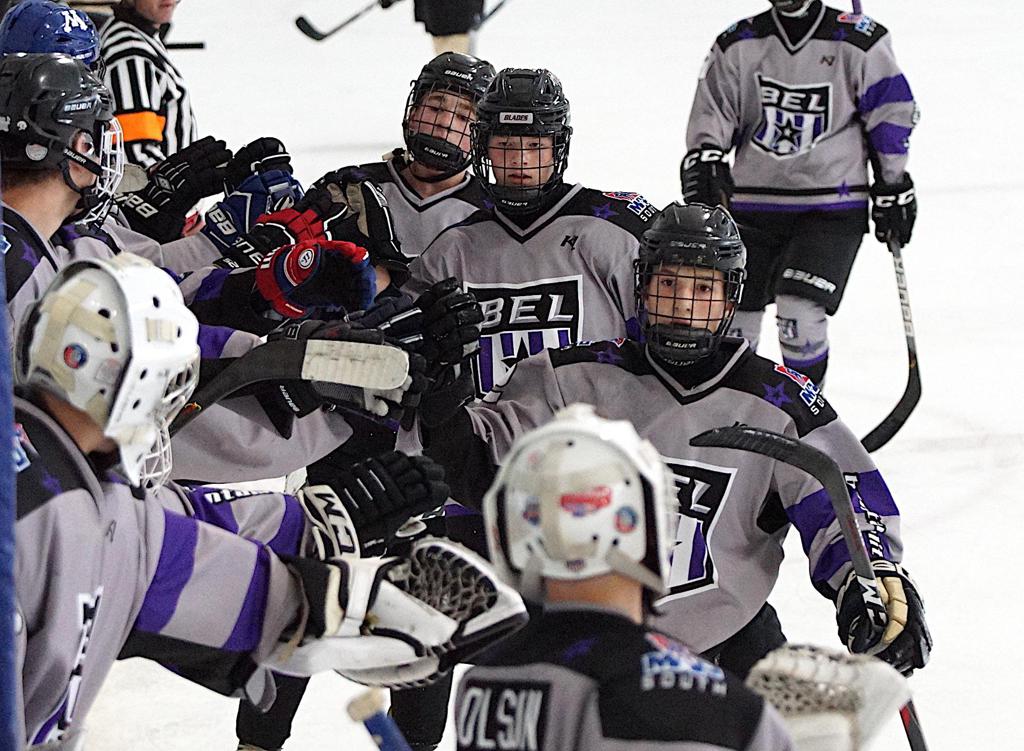 The Kings celebrate one of their five goals in Friday's loss to the Penguins. 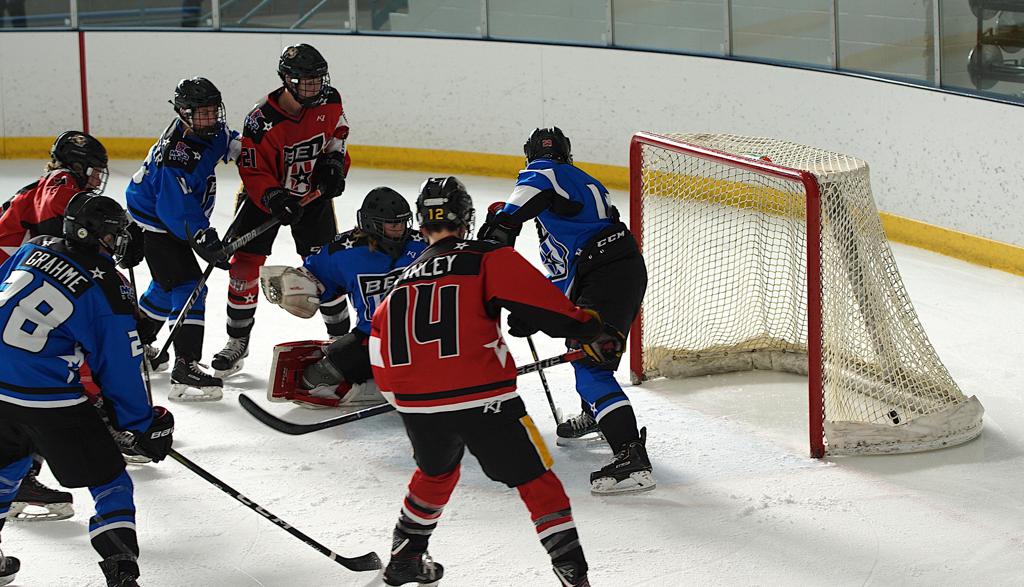 Caden Schmirler (21) scores for Team Wisconsin during its 8-0 win over the Bolts on Friday. 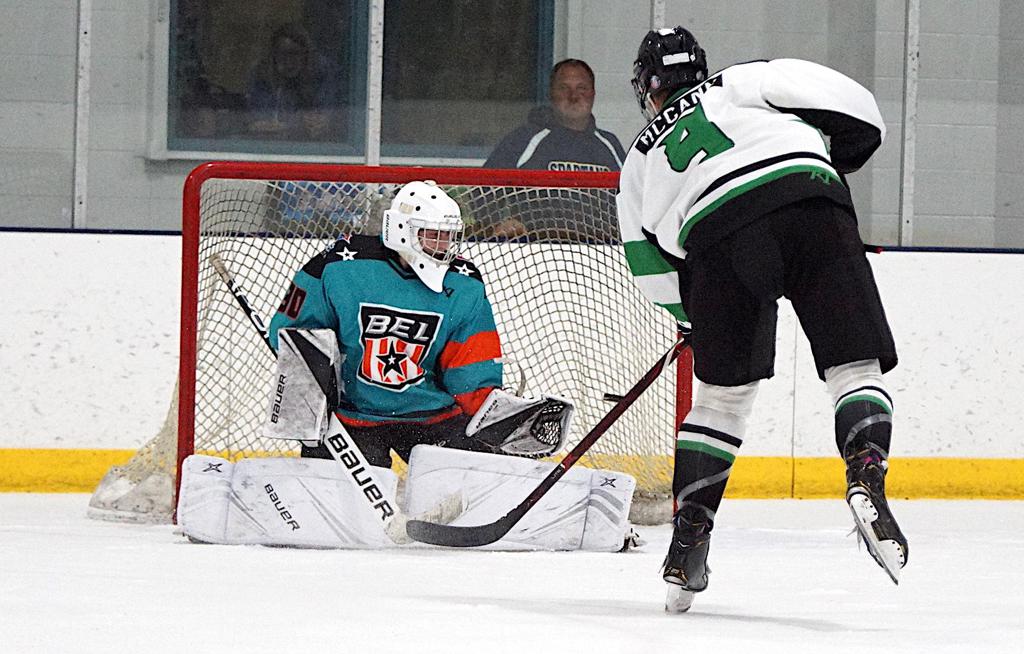 Dawson McCann scores the eventual game-winning goal for Team North Dakota in Friday's 5-4 (SO) victory over the Sharks. 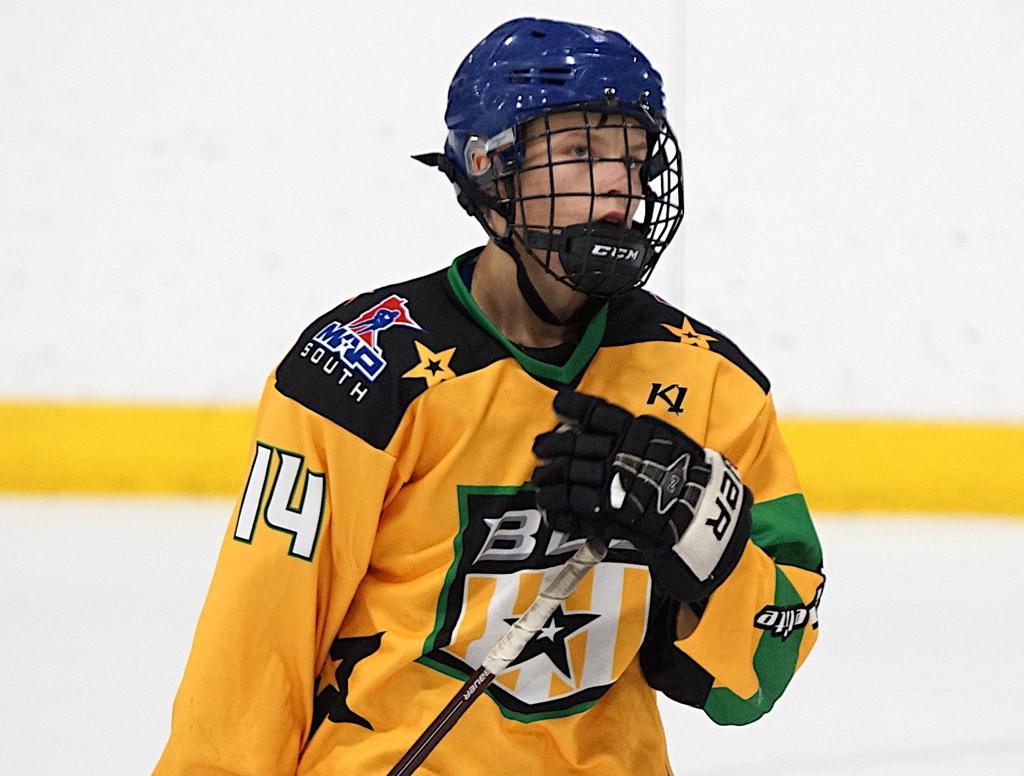