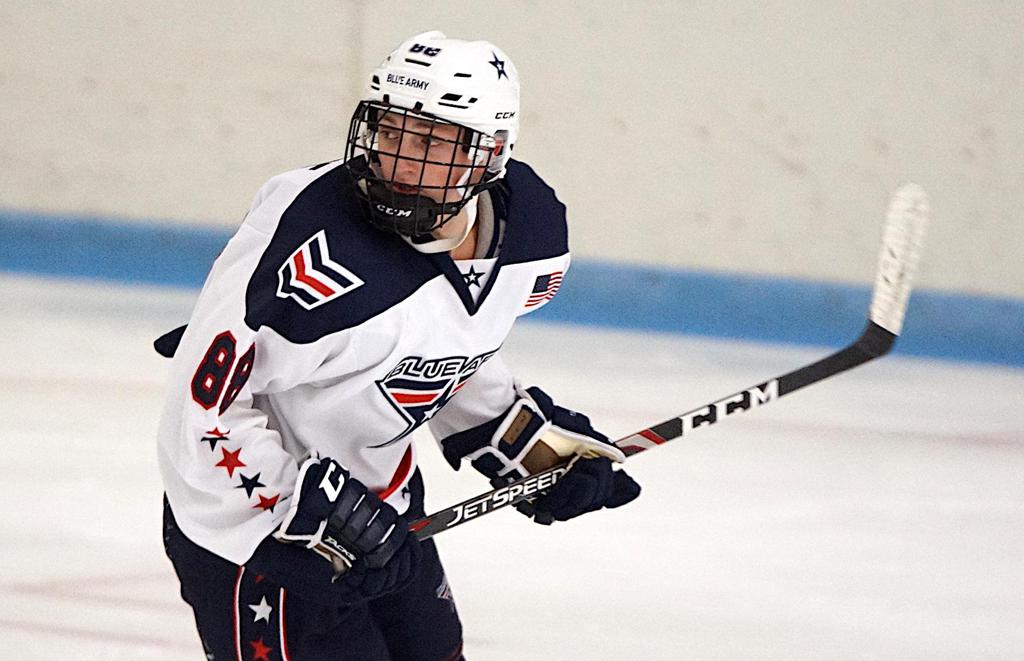 John Kremer (61) scores one of his two goals in My Edge's win over Sioux Falls. 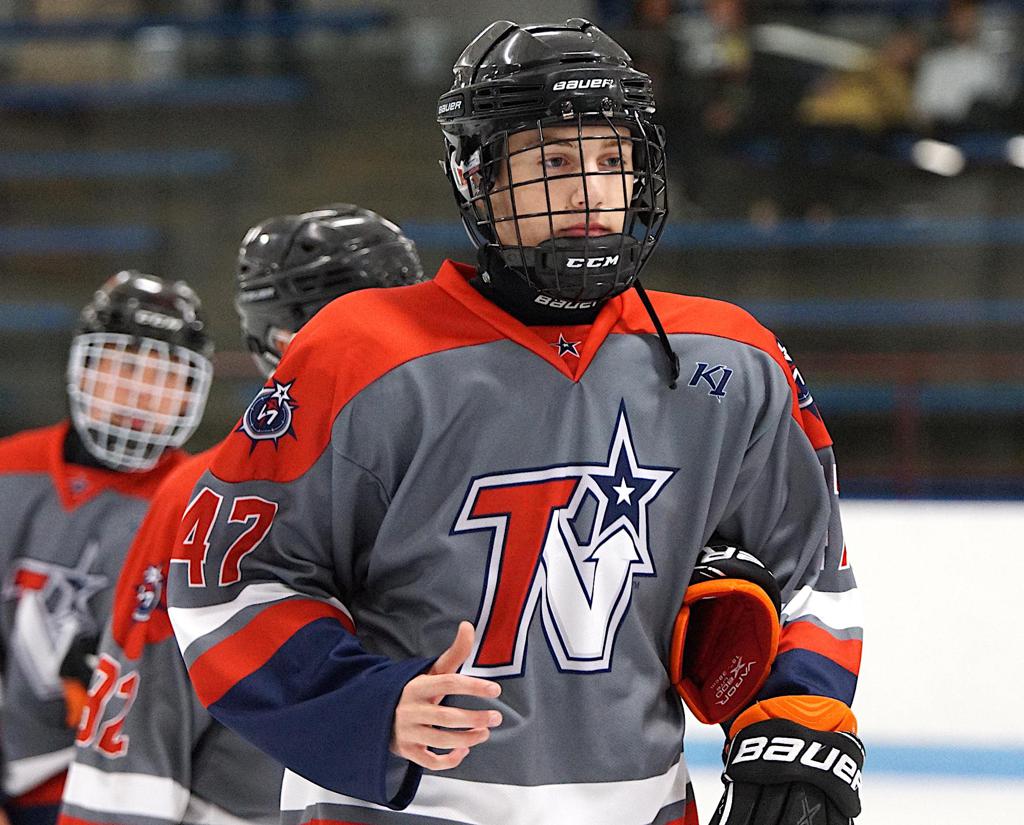 True North's Matt Peters recorded a hat-trick during his team's 9-0 win over My Edge Hockey.