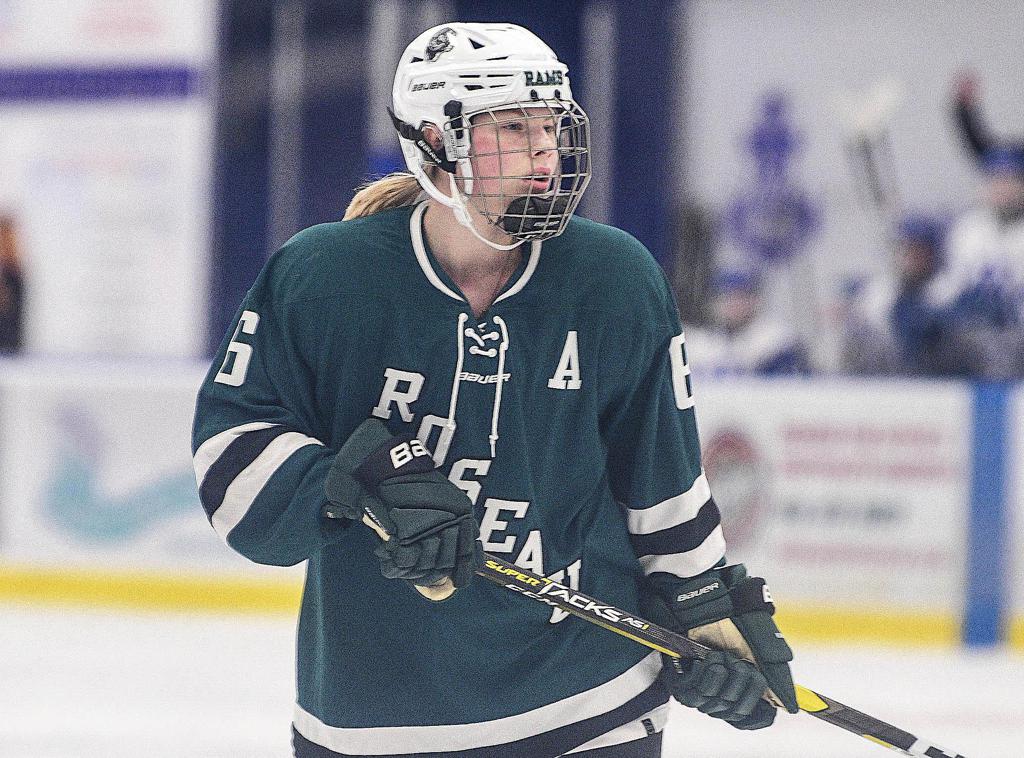 Kayla Santl leads Roseau into the top-10 with a hat-trick in the Rams' win over Brainerd/Little Falls.

After easing through a handful of Northwest Suburban Conference games, the Huskies took on then-No. 4-2A Forest Lake this week and downed the Rangers 3-1. Belying the close score was the shot total, which the Huskies paced with ease, outshooting Forest Lake 34-14 in the win.

The Hornets ran through another gauntlet this week, picking up wins over Wayzata, Benilde-St. Margaret’s, and Eden Prairie. Edina’s depth is beginning to show, not just on the ice, but on the scoresheet as well. Five players have recorded 12 or more points this season, while freshman Uma Corniea continues to anchor the defense with her stellar 0.67 goals-against-average and a .966 save percentage.

Two wins on the week for Blake, as the Bears eked out one-goal victories over Benilde-St. Margaret’s and No. 1-1A Breck by scores of 1-0 and 5-4, respectively. The Bears will “hit the road” with the Herb Brooks Holiday Classic coming up, and will play just one game at home in their next six contests.

The Skippers topped North Wright County 4-3 and edged Chaska-Chanhassen 3-1 to go 2-0 for the week. Minnetonka’s performance in the first period has undoubtedly helped, as the Skippers have allowed just three goals in the opening stanza over the season’s first nine games.

Two out of three ain’t bad, but the Rangers slip to No. 5 this week after a 3-1 loss to top-ranked Andover. Bookending the Andover loss were a pair of dominant wins for the Rangers, who blanked White Bear Lake 10-0 and Irondale/St. Anthony 12-0. Nearing the midway point of the season, the Rangers could be on a collision course with Andover once again in the Class 2A, Section 7 finals.

After dispatching Totino-Grace 7-1 and Wayzata 4-1, the Crimson can now focus on a pair of monster games this week. On Tuesday, the Crimson face No. 1-2A Andover in a Northwest Suburban Conference battle, and on Friday take on Wayzata, who is just outside the rankings this week.

The Eagles split the week with a 3-1 win over Farmington and a 2-1 loss to No. 2-2A Edina. The loss to the Hornets snaps Eden Prairie’s four-game winning streak and marks the second time in as many losses where a single goal defeated the Eagles.

The Pioneers earned a pair of victories last week, winning 4-0 over Simley and 4-1 over Mahtomedi. The wins mark the third straight game (all wins) that the Pioneers have scored four goals. The Pioneers play North St. Paul/Tartan on Tuesday and then open the Herb Brooks Holiday Classic against Proctor/Hermantown on Dec. 30.

An odd stretch of 2-2-2 has been fruitful for the Rams, who handed Brainerd/Little Falls a 3-2 loss last week. Senior forward and Bemidji State commit Kayla Santl scored all three goals in the win for the Rams, running her season totals to 16 goals and 26 points. Coupled with a 6-5 win over former No. 10-2A Wayzata, the Rams move into the rankings at No. 9 after weeks of hovering just outside.

The loss to Roseau could hurt when it comes to Section 8-2A seeding in February, but the Warriors still one of the top teams in the state. The Warriors will skate on home ice just once in their next seven games. 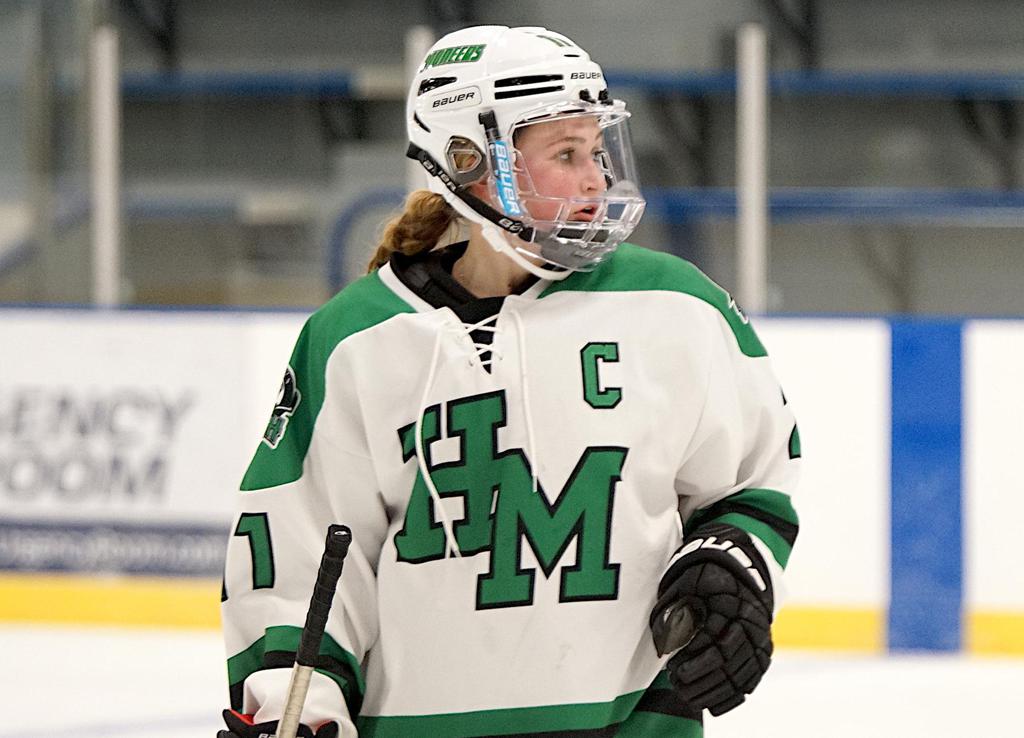 Yes, Breck lost, but a 5-4 defeat at the hands of No. 3-2A Blake is hardly anything to drop the Mustangs from their top spot.

An 11-0 shellacking of Duluth was the only action for the Warriors last week. Geno Hendrickson and Hannah Corneliusen paced the win with two goals and three assists each.

Since dropping three consecutive games, the Eagles have rattled off four straight wins, riding a hot streak into the holidays. A consistent power play can be thanked in part for the Eagles' run, with the unit clicking along at a 36.4% success rate.

Despite the transfers of Kailey and Alexa Niccum to Orono, the Whitehawks maintained their composure and scored a crucial win over Section 2-1A rival Hutchinson by a score of 3-2. All but one of the Whitehawks' games this season have been decided by more than three goals. 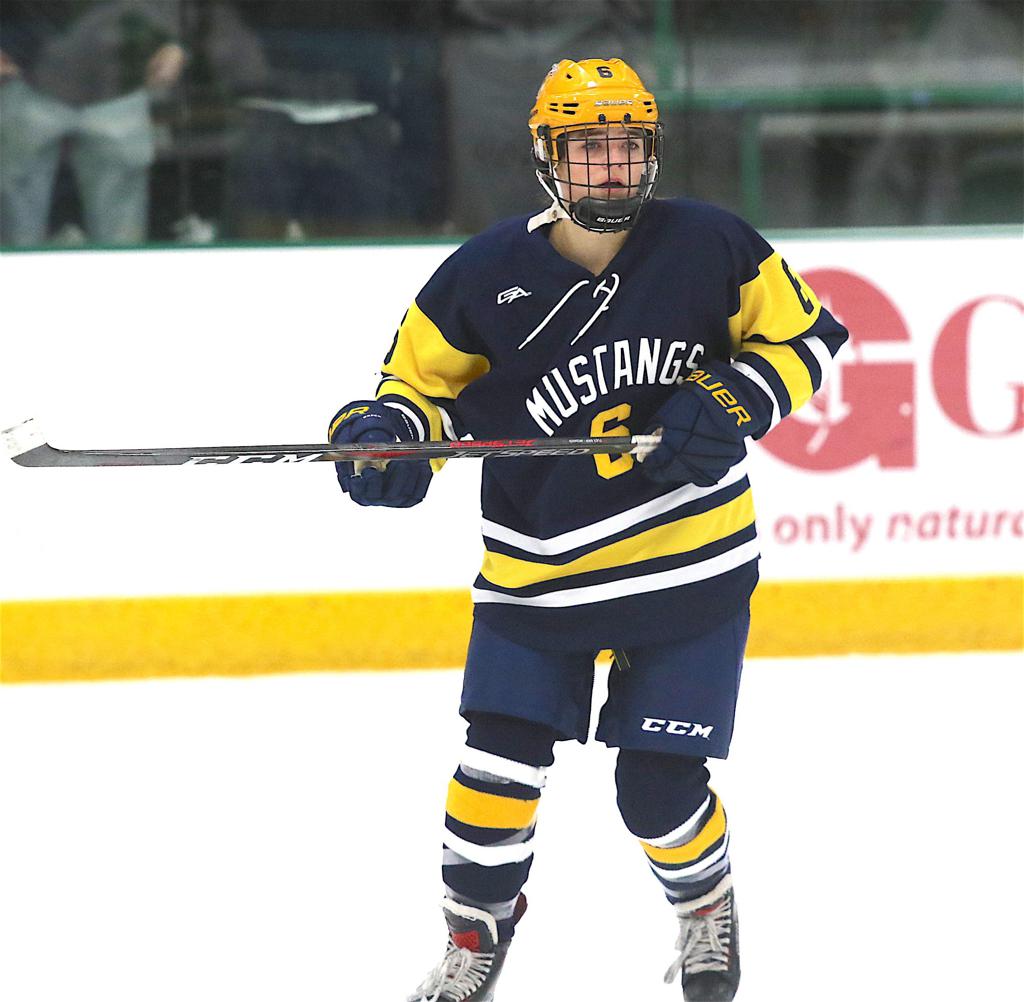