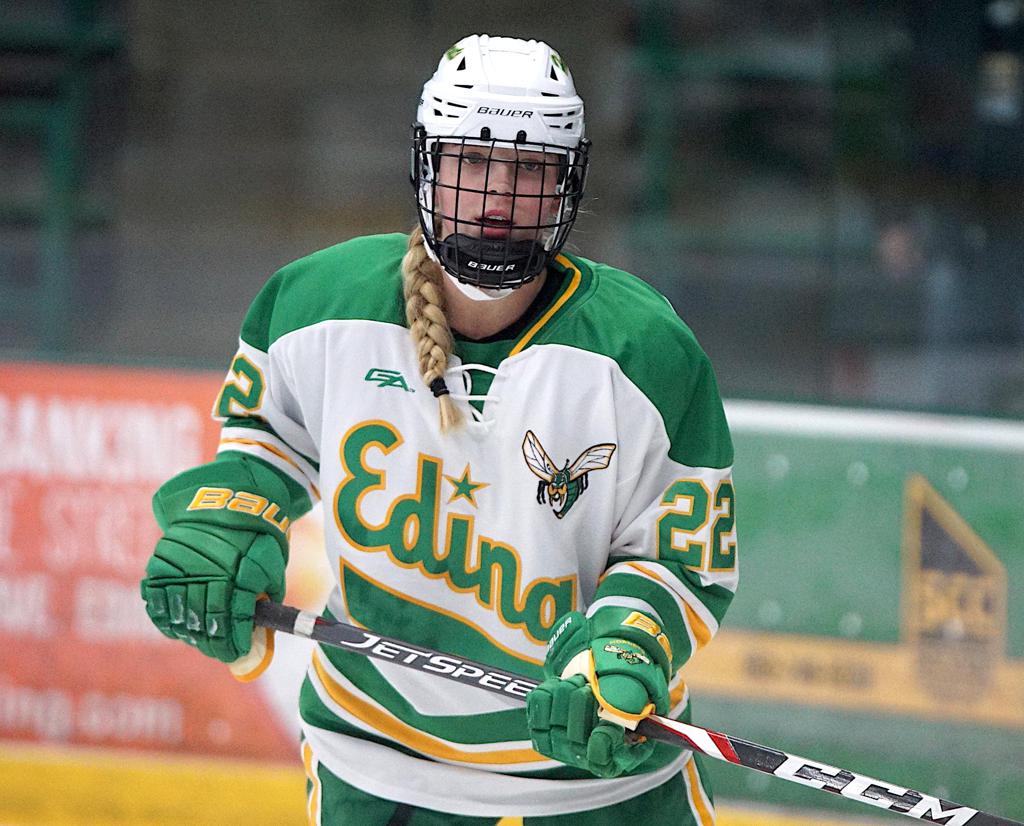 A pair of wins over Blaine and Lake Conference foe Minnetonka keep the Hornets rolling at the No. 1 spot, a position the team is highly unlikely to relinquish. Sophomore defender Vivian Jungels played well in the team’s two most recent wins with a goal and four assists, and Jungels and the rest of the Edina defense have not allowed more than one goal in a game since Dec. 21.

The Huskies outscored Centennial and Blaine by a combined score of 12-1 in their two wins last week, giving the Huskies 19 victories the season and pulling within one of last year’s regular-season total of 20. The next three opponents for Andover have a combined record of 26-25-1, and then the Huskies conclude the regular season with high-quality matchups against Hill-Murray and Blake.

The Skippers split last week’s games with a 3-2 win over Brainerd/Little Falls and a 4-0 loss to top-ranked Edina, the first time Minnetonka has been shut out all season. Considering the loss came against the state’s best squad, it doesn’t hurt the Skippers in the rankings. The defeat was also the first time in six contests that more than three goals have decided a Skipper game.

The Eagles move ahead of Forest Lake based on the strength of their two wins last week, defeating North Wright County and Wayzata to hold on to second place in the Lake Conference. The Eagles have won six of their previous seven games since an 0-3 stretch in December and will play five of their last six games against familiar conference opponents.

Forest Lake ran its winning streak to four games with three triumphs over the past week, with all three games concluding as shutouts in favor of the Rangers. The Rangers outscored their three victims 23-0, with Minnesota-Duluth commit Brieja Parents leading the way with five goals and 11 points. Parent leads the Rangers in overall scoring with 22 goals and 43 total points.

Three goals in the third period powered the Crimson to a 3-0 win over Hill-Murray, which was ranked 10th at the time of the loss. Lauren Stenslie had a hand in all three tallies for the Crimson, notching two goals and adding an assist, while goaltender Brooke Cassibo earned the shutout with 22 saves. Cassibo currently ranks third in the state among goalies with a save percentage of .946.

With just one game on the docket last week, the Bears jumped out to a 4-0 lead and then hung on for a 4-2 victory over Farmington. The Bears take on No. 1-1A Breck in what promises to be an exciting tilt on Tuesday night before the team’s Hockey Day in Minnesota matchup with Grand Rapids/Greenway on Jan. 16 at Parade Stadium.

With Roseau falling to No. 2-1A Warroad 9-5, Holy Family Catholic moves up a notch to No. 8. The Fire earned back-to-back wins last week by scores of 4-0 and 7-0 over Litchfield/Dassel-Cokato and Waconia, respectively. The Fire is one win away from tying last year’s regular-season win total of 16 and will look to lock down the Wright County Conference crown with four conference games left on the schedule.

The Rams bounced back from a 9-5 loss to rival Warroad with a 9-1 victory over Hibbing/Chisholm, powered by four goals from Anika Stoskopf and four assists by Kate Helgeson. The Rams will get a chance at revenge against Warroad in the regular-season finale on Feb. 3.

Stillwater returns to the rankings with a strong 3-0-1 showing in its last four games, including a 4-0 shutout of Class 1A power Rochester Lourdes on Jan. 11. During that stretch, senior forward and St. Thomas commit Lauren Einan has totaled five goals and 10 total points. 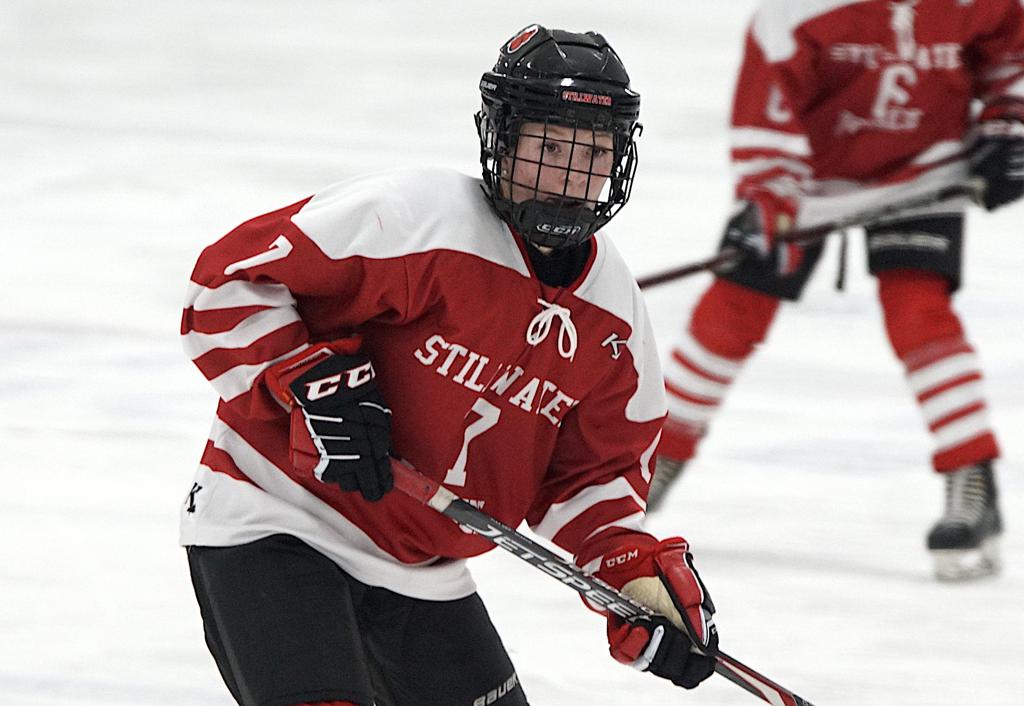 The Mustangs outscored Minnehaha Academy and St. Paul United by a combined score of 19-3 last week. Olivia Mobley and Ally Qualley benefited most from the lopsided scorers, with Mobley totaling 12 points and Qualley notching 10 points in the two victories.

The lone game for the Warriors since the last set of rankings was a 9-5 win over Roseau, giving the Warriors 10 straight victories. The Warriors have not scored less than five goals in any game during that stretch.

The Mirage has won eight of its last 10 games, including two wins last week over Duluth and Moose Lake Area. Proctor-Hermantown will conclude the regular season with five of its last six games played at home, either in Proctor or Hermantown.

The hot streak continues for the Lumberjacks with three more wins last week, two of them by shutout. Leading scorer Taylor Nelson has done most of the damage offensively for the Lumberjacks, scoring four goals and adding six assists for 10 points in last week’s three wins.

A 5-2 win over previous No. 5 Mound Westonka moves the Wildcats into the top-five for this week. The Wildcats have won four straight games, powered mainly by the offensive performances of Minnesota-Duluth commit Jenna Lawry and Minnesota State commit Dani Burgen. Lawry has 23 goals and 46 points on the season, while Burgen has 17 goals and 36 points. 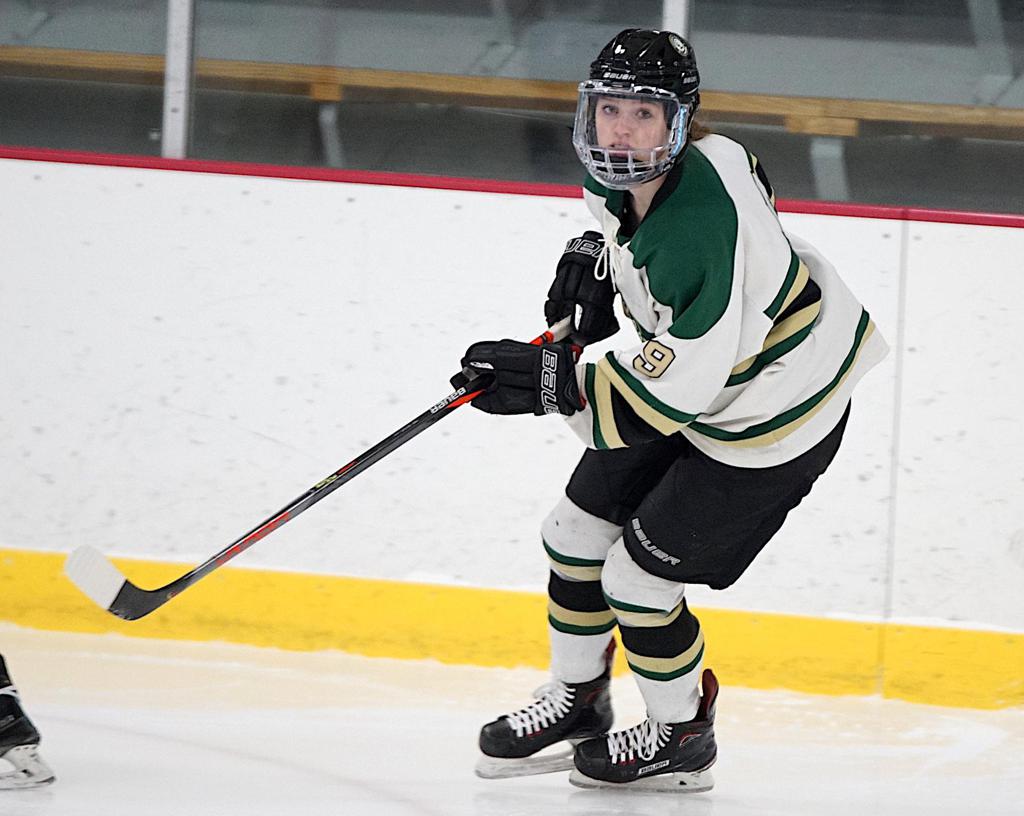 Chisago Lakes forward Jenna Lawry leads the No. 5-1A Wildcats with 23 goals and 46 points this season.