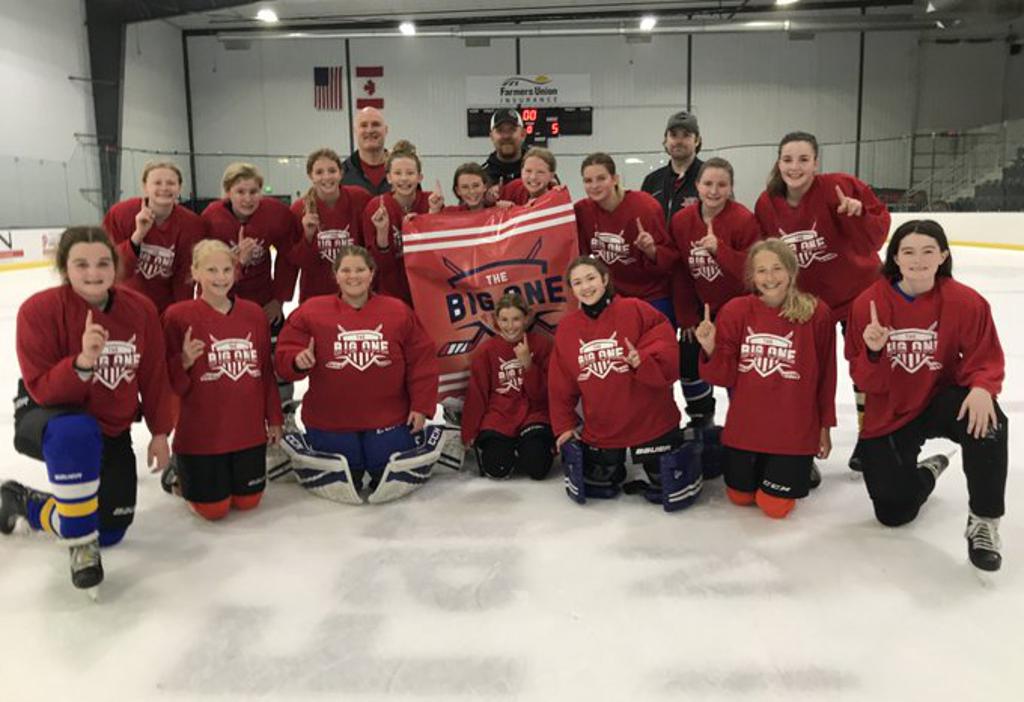 Five combined goals in the first period were the first inclination that the 2026 Division championship game could take on a life of its own, and teams 2026 White and 2026 Red did not disappoint.

Katherine Petrie, Sydney Burnevik, and Katya Sander all scored in the first frame for 2026 Red to take a 3-2 lead into the second period. Ella Nonweiler and Ashlyn Bailey each scored once for 2026 White.

The teams seesawed for the next nine minutes, trading scoring opportunities and earning the enthusiastic vocal appreciating from the Farmers Union Arena bleachers.

With 9.8 seconds to play in regulation, 2026 Red's Clara Bernstrom managed to shovel the puck over the 2026 White goal line for the game-winning tally. Bernstrom was selected as Player of the Game, while 2026 Red's Mae McCall was named the 2026 Division's MVP. 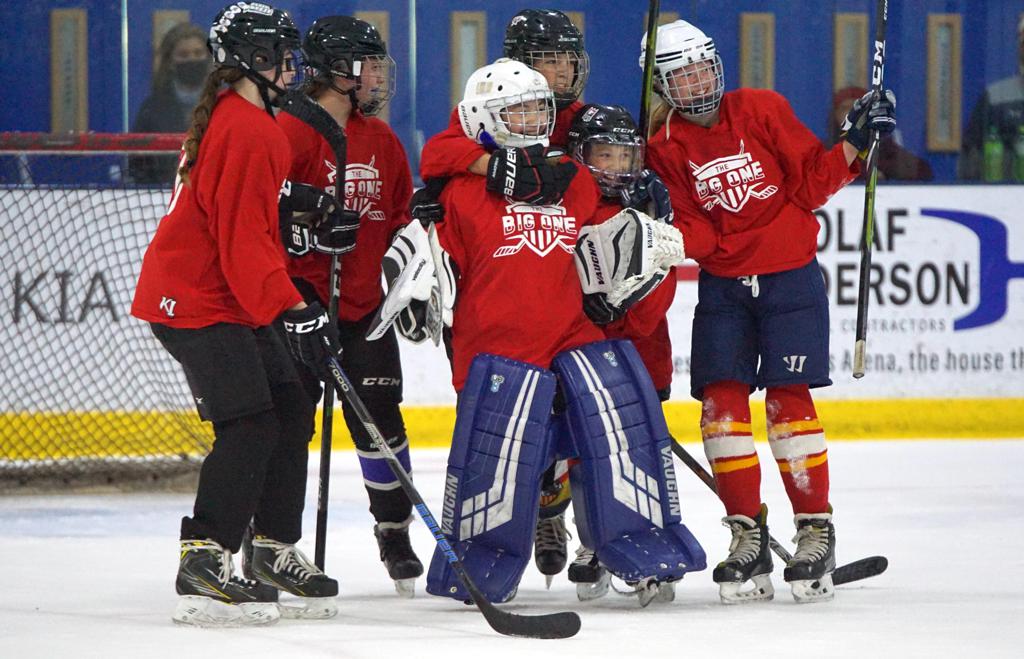 2026 Red goaltender Samantha Braun earns the celebratory hugs and high-fives and backstopping the second half of her team's championship win.