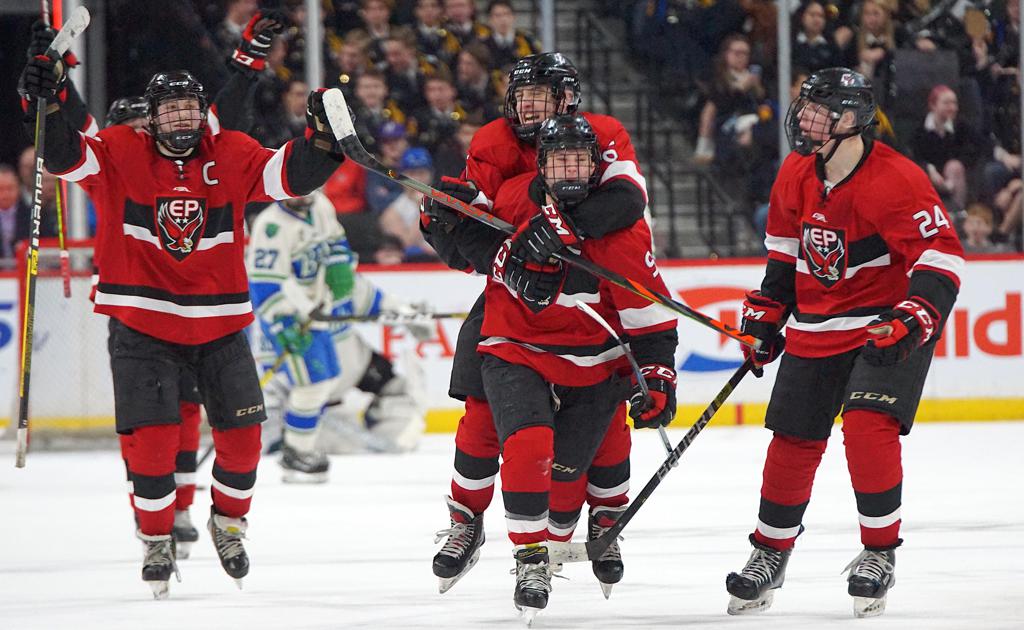 This is much like the Eagles teams we’ve seen in recent seasons, only perhaps a bit more experienced. Drew Holt and Carter Batchelder, now the veterans, will lead the offense, and the defense, with Luke Mittlestadt and Mason Langenbrunner and Kam Langefels, is perhaps the best they’ve had since their last state title. The offensive depth remains a question, especially when compared to the teams right below them, but this team is a proven commodity that knows how to ride its stars, and for now, that’s enough for me to give them preseason #1. The big Lake Conference tests will start in week two.

Through early departures and dramatic losses, the story of Maple Grove over the past decade has been one of almosts what-could-have-beens. Now, though, they may finally have the core they need to get over the top. Blessed with incredible depth, they should be able to control play against just about anyone, and Henry Nelson and Cal Thomas lead a dynamic defense while Kyle Kukkonen gives them a Mr. Hockey candidate up front. No team is more complete top to bottom; now, can they finally break through?

The defending champs lose a couple of their biggest offensive weapons, but beyond that there’s a lot to like here. The defense, led by Joe Palodichuk and Matthew Fleishhacker, is right up there with Eden Prairie’s, and Dylan Godbout will headline a reasonably deep offense. The biggest question will be one of turning quality depth into goals, but under Bill Lechner’s steady hand, the Pios are well-built for a repeat. They open with a battle between last year’s two champions.

This has a chance to be one of the most explosive offenses the Cadets have put on the ice. Jackson Hallum is one of the most lethal weapons out there, while Jarod Wright gives him a supporting actor, and there’s good scoring depth beyond that. They also have the perk of a paper-thin section that makes a Tourney trip as safe a bet as anyone has ever had. Their title hopes, however, will hinge on a new blood defense that is undergoing a total makeover from the group that led the way on last season’s semifinal run. They open with a couple of mildly interesting opponents, but will have to wait a few weeks before a serious test.

The Lakers return the top four scorers off a team that surged into the top ten for much of last season, including the junior trio of Will Schumacher, Alex Bump, and Sam Rice. They have a healthy core of defensemen returning as well, so if they can generate any offensive depth, they’ll have a good crack at Eden Prairie. Will their South Suburban-exclusive schedule, in which their only real front-line opponent is Lakeville South, be a hindrance? 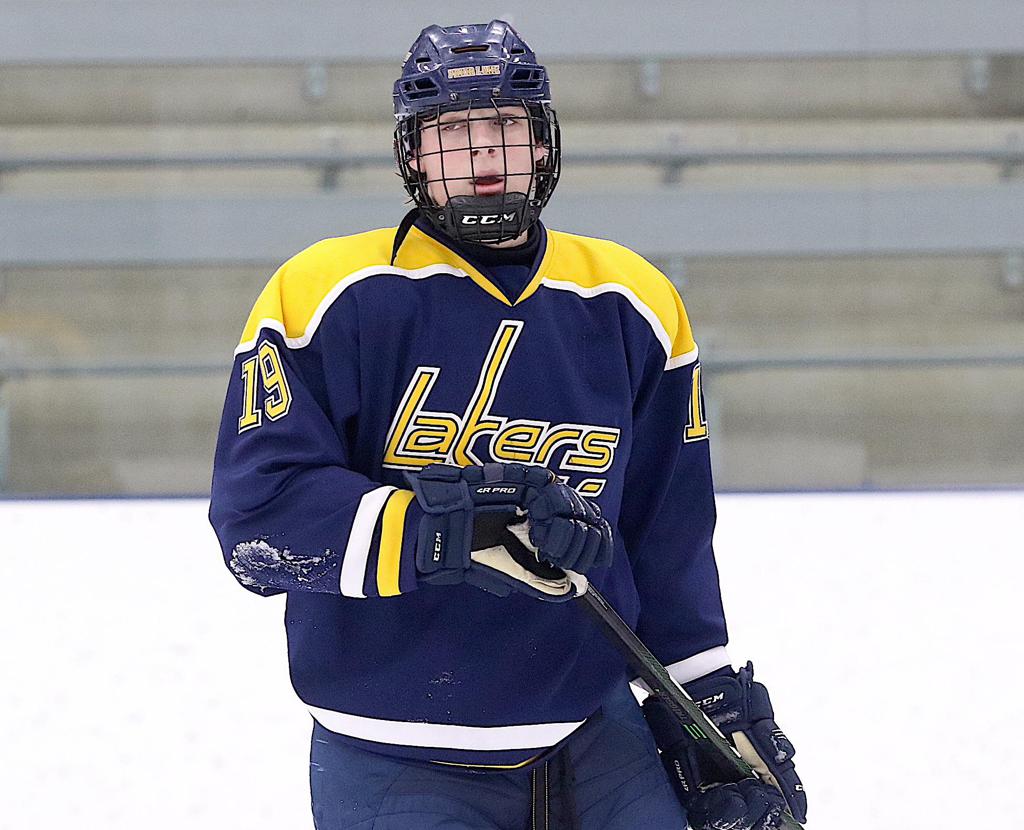 The Cougars bring back a host of forwards from a quality team a season ago and will be among the deepest teams in the state offensively. If their star sophomores can contribute in big ways, they’ll be tough to beat, though last year’s Tourney performance does show they still have some ways to go before they’re a true front-line contender. We may not know if they’ve made there until if and when they return to State. We’ll get a sense of just how far they are ahead of two mid-tier conference teams promptly.

Even in the post-Matt Gleason era, there’s a ton to like about what the Raiders are building—and not only that, they’re still very much on the young side, with a heap of talented juniors and sophomores. The Sondreals and Fishers lead the way, and Marko Belak gives them experience in net, too. They may still be a season away from being a true title contender, but if they can bring it all together in a tough 6AA, they could arrive a season early. Running the table is very much a possibility with their Suburban East-only schedule, and will be a fascinating sidebar to the seeding battle.

The Red Knights have stockpiled some decent talent for a program that, for all its skill, hasn’t been to State in nine years now. They’ve got a potential Brimsek Award winner in Carson Limesand, and good depth across the board; if stars like Adam Marshall and Trig Sarsland can step up and carry the load, they’ll have everything they need to win 6AA. The schedule is a tale of two halves, with no real high-end competition during the first five weeks of the season and a bunch toward the end.

While the Hornets don’t return a ton of players, the ones they do have coming back, like Nick Williams and Jimmy Clark and Jackson Borst, are worth the price of admission, and they add Trey Fechko to the mix, too. This program never has much trouble filling out the depth positions, though goaltending will be a question. Their schedule is predictably difficult, but not so much in week one.

This has the chance to be a different sort of Wayzata team: for the first time in a while, they return some legitimate offensive talent in the likes of Gavin O’Connell and Jake Keller. Can this program that stakes its reputation on defense provide the back-end coverage that will allow the offensive stars to shine, or does the system snuff out some of their firepower? The answer could be the difference between a State Tournament berth and getting buried in the ever-tough 6AA. There’s little rest for the Trojans out of the gate, and they open with a game that could assure them a top-4 seed with a win, or make things very complicated with a loss. 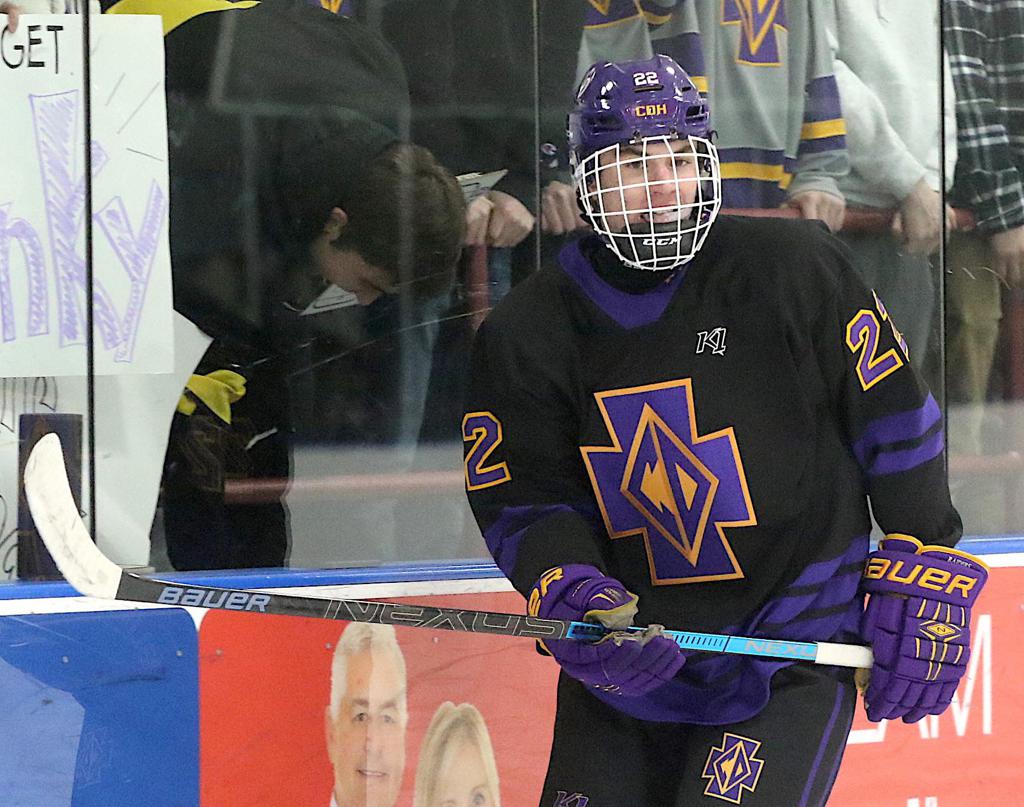 The Skippers return a bunch of well-established players, but few Eden Prairie or even Prior Lake-style stars at this point. What they do have, however, is remarkable organizational depth, and they also have some fun young talent that will come on to the stage. They have no glaring weaknesses, and if they can get some players to step up and carry the load, they could join the Eagles and Lakers in contention for the section.

Jack Peart’s return gives the Thunderhawks a controlling presence on the blue line and makes them clear favorites in an otherwise sleepy 7AA. Beyond that, they have some interesting pieces at forward, but need them to take the next step at the high school level; their flat finish to the end of last season is why I’m still a mild skeptic here. If they can find some offense and stability in goal—a bit of a question for one of the few times in the past decade-plus—they should be in good shape for a State trip. Their schedule is a who’s who of northern contenders, though they do make two trips south that will give us some valuable crossover games.

Behind a great junior class headlined by Max Strand and Gavin Gunderson, the Rams are primed to retake 8AA. They’ve got passable depth up front and experience in goal; if the defense can hold up, this can be a top ten team. The section is open for the taking, too. The schedule is exclusively 218 teams; that isn’t that unusual for them, but it doesn’t make things easier, either. 2021 is the season when most teams have Roseau-style schedules.

After a momentary fall from serious section contention, the Cougars should be back in the picture this season. AJ Carls and Henry Bartle give them some good offensive juice, and there are enough supporting pieces to leave them looking pretty well-rounded, even if not quite on the level of the teams in front of them. Elk River gives them their first thing resembling a test in the early going.

Is it time for the Eagles to arrive in AA? They return six of their top seven scorers from a season ago, with sophomores Oliver Moore and leading the way, and have some respectable depth on defense and a returning goaltender. Upending Maple Grove will be a tall order, but a 2-seed in a strong 5AA would be a step forward, and the future certainly looks bright. Their opening night tilt with Champlin Park is one of the more interesting early games and will help set the tone for the section. 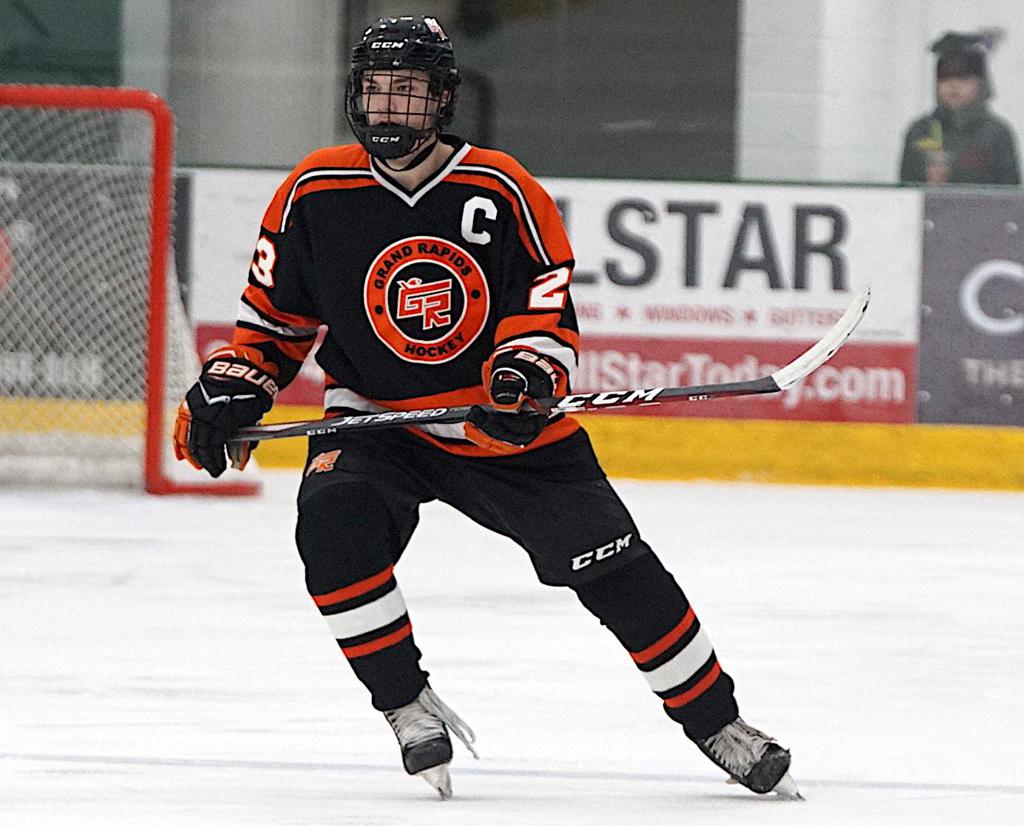