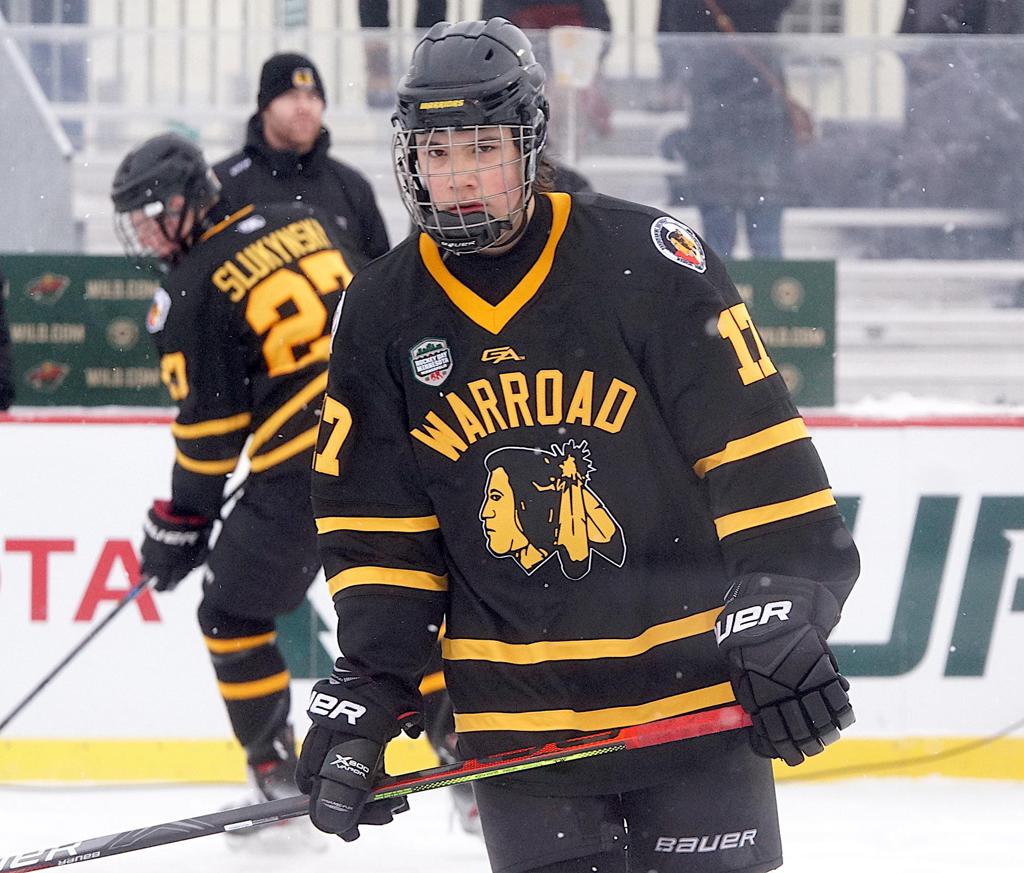 Warroad's Jayson Shaugabay is back after totaling 69 points for the Warriors as a freshman.

The Green Wave finished the 2019-2020 regular season as one of the hottest teams in Class A, winning 10 of its last 11 contests entering the Section 8A playoffs before running into a Warroad buzzsaw that blanked the Green Wave 4-0 to end the East Grand Forks season.

Fortunately for East Grand Forks, it returns its top four leading scorers from last season, including senior Landon Parker (24-28-52) and sophomore Jaksen Panzer, who put together an impressive freshman season with 19 goals and 34 points. Senior defender Logan Spencer (9-26-35) teams with junior Trey Ausmus (7-20-27) to give the Green Wave a dynamic defensive pair on special teams, or two players that can balance the team's top-four defensive core. Both Panzer and Ausmus are verbally committed to North Dakota.

The Green Wave must replace last year's starting goaltender Austin Cooley, no small task considering the team gave up just 25 goals during the regular season, thanks largely to Cooley's steadiness.

While losing Mr. Hockey Blake Biondi and last year's second-leading scorer Zach Kilen to graduation hurts, reinforcements are on the way in the form of a talented sophomore class that has experienced success at every level during their time in the Hawks' youth program.

Zam Plante hasn't skated a varsity shift yet, but totaled 12 goals and 30 points during 25 games in the Upper Midwest High School Elite League this fall. Plante joins established senior forwards Ethan Lund (17-39-56) and Aaron Pionk 12-23-35 up front, and senior defenseman Joey Pierce (16-39-55) should be considered one of the early favorites for the Reed Larson Award, given to the state's top defenseman.

Like East Grand Forks, Hermantown losing its starting goaltender and will feature a new face in the crease.

It was a return to dominance last season for the Warriors, who found themselves rated as the Class A State Tournament's No. 1 seed after downing East Grand Forks in the Section 8A finals. The Warriors ran into a hot goaltender in Mahtomedi's Ben Dardis and fell in the state semifinals, finishing the season ranked fourth after losing in the third-place game to St. Cloud Cathedral.

The Zephyrs have a model for sustained success in place, winning last year's Class A state championship primarily with players that had paid their dues with the program's junior varsity for at least one season. With a robust JV feeder into the varsity, there's no reason to suspect a dramatic drop-off from the defending state champs this season.

Senior forward Adam Johnson (17-32-49) ranked as one of the leading scorers in the UMHSEL this fall. Senior forward Ethan Peterson (10-30-40) scored a goal and added an assist in the Zephyrs' overtime win over Hermantown in the state final. Versatile skater J.D. Metz (9-26-35), who can play both forward and defense, adding another intriguing piece to the Mahtomedi puzzle.

Junior goaltender Ben Dardis returns for an encore after being one of the state's best netminders last season, playing in every Mahtomedi game and earning a save percentage of .933 and seven shutouts. Dardis was at his best on the state's biggest stage, making 40 saves in Mahtomedi's state championship win.

The Flyers bring back six of last year's eight leading scorers from a team that ranks as one of the state's most balanced statistically, with all eight of those leaders recording 25 or more points.

Leading the charge in 2020-2021 will be a trio of senior forwards in Gabe Hirsch (17-28-45), Nicholas Stevens (17-24-41), and Gunnar Gustafson (16-23-39). Senior defenseman Joe Majerle provides a spark from the back end and racked up 27 assists and 35 points last season. Talented sophomore forward Matt Filippi posted eight goals and 28 points last season as a freshman and seems primed to step into a high-profile role for the Flyers.

Senior goaltender Dane Couture is also back for the Flyers after going 19-7-1 last year, recording a goals-against-average of 1.95, a save percentage of .913, and five shutouts. 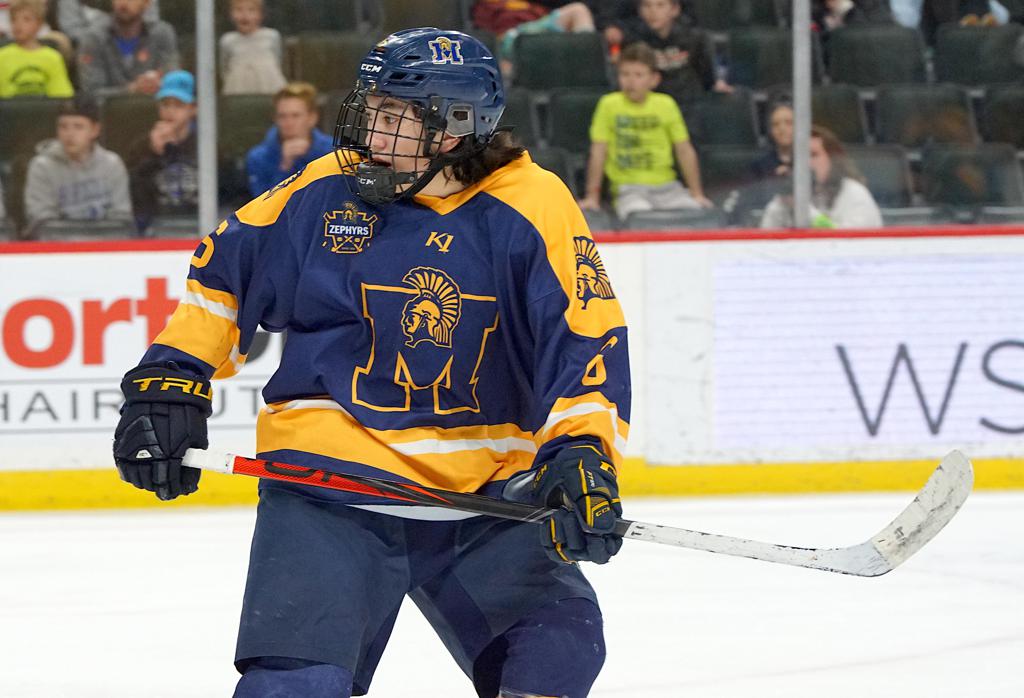 The perennial favorite from Section 2A brings back the bulk of last year’s State consolation championship team, with the exception of last year’s starting goaltender, Cade Lommel.

Junior goaltender Thomas Huotari and sophomore Drew Dorsey are the goalies on the roster for the 2020-2021 season.

Back on offense are senior forward Adam Brown (24-19-43) and juniors Gunnar Paulson (11-26-37) and Jesse Peterson (17-19-36). There looks to be good size among this year’s crop of forwards, with only one skater listed as being shorter than 5-foot-10 according to Delano’s posted roster.

The Tigers have advanced to the Class A State Tournament three times in the last four seasons.

Often forgotten in a crowded Duluth market, the Hunters return an impressive core from last year’s team that advanced to the Section 7A finals before falling to Hermantown.

Senior goaltender Jacob Snyder is back after posting a GAA of 1.74, and a .933 save percentage while splitting time with now-departed Shawn Easty. The job should be Snyder’s to start the season.

Between the pipes, senior goaltender Alex Timmons returns after a season in which he won 14 games and recorded a 1.96 GAA, .918 save percentage, and a pair of shutouts.

The Wildcats scored six or more goals in a dozen games last year playing an independent schedule, and should benefit this season from playing a more competitive docket, including games against St. Cloud Cathedral, Little Falls, Northfield, and others.

Fortunately, the Wildcats have the goods to merit a tougher set of opponents, featuring junior forwards Brody Lamb (49-23-72) and Brendon Wolesky (13-26-39), in addition to senior defensemen Charlie Blaisdell (8-25-33) and Isaac Rogne (10-19-29). Lamb is verbally committed to play college hockey for the University of Minnesota.

Junior goaltender Isaac Dale is back after playing nearly 1,300 minutes for the Wildcats last season.

A young team with promise, Sartell-St. Stephen enters this season as a bit of a wildcard in a wide-open Section 6A race.

Sigurdson played better than his raw numbers may indicate, as he made 40 saves against Little Falls in the Sabres’ season-ending loss during the Section 6A quarterfinals. Sigurdson also made 25 saves or more in 10 games during the 2019-2020 season. 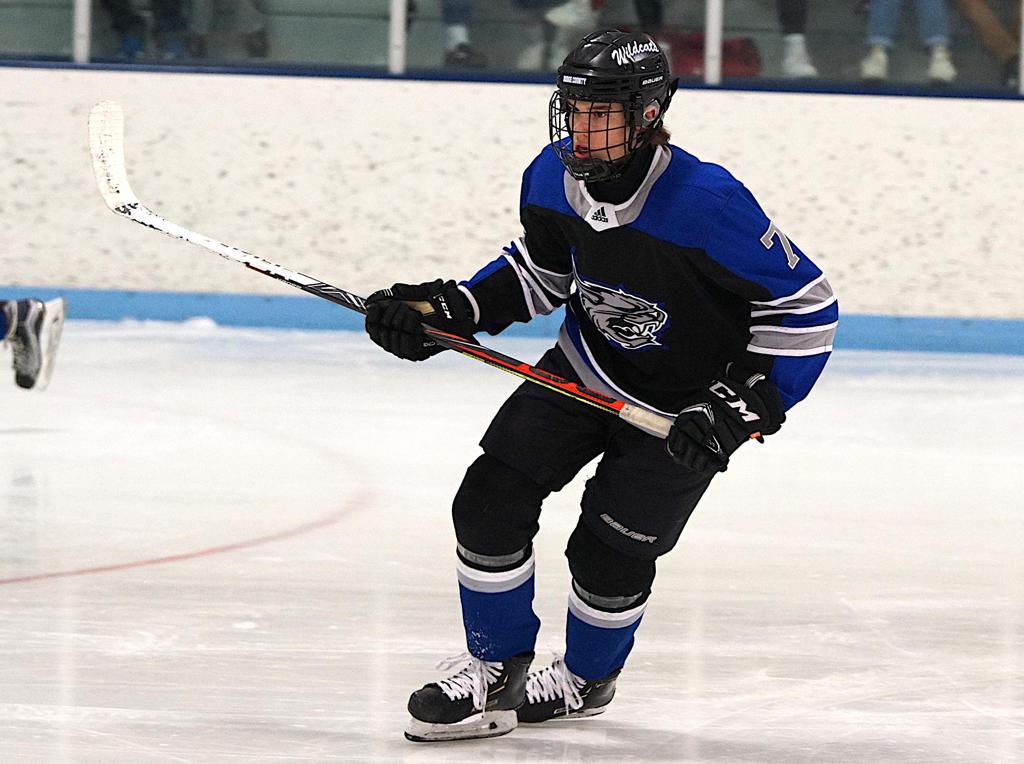