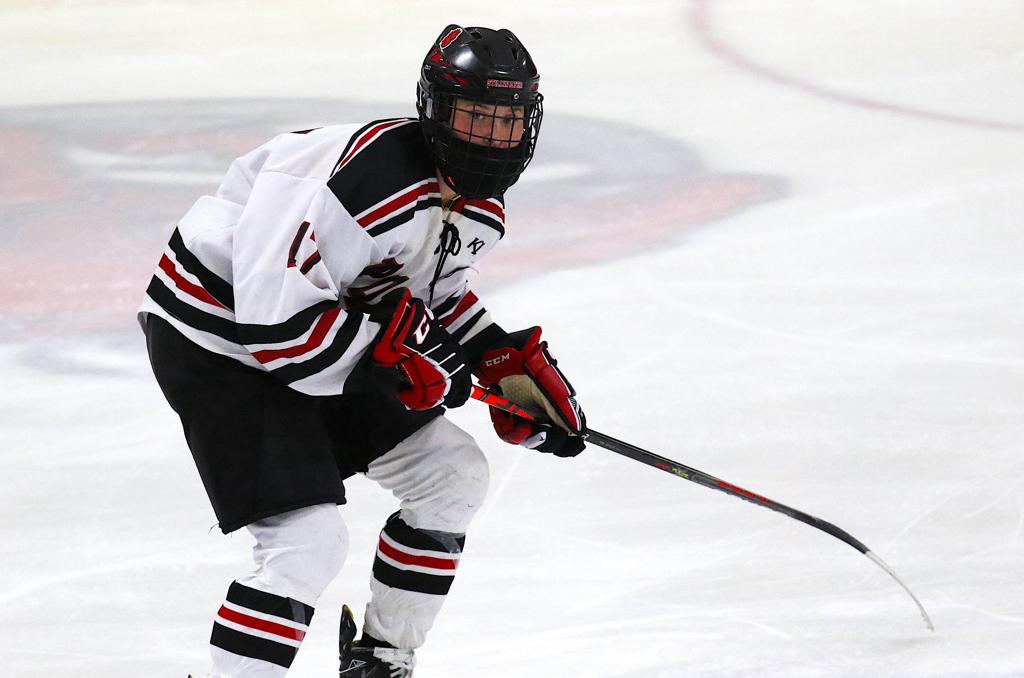 No change from the preseason. If anything, the Huskies have proven that f there was a number better than one in rankings, they’d probably be slotted in there.

The Huskies have outscored their first three opponents 29-1, albeit the early docket hasn’t been nearly as strenuous this season as it typically is. Seniors and sure-to-be Ms. Hockey candidates Peyton Hemp (3-6-9) and Gabby Krause (6-3-9) have totaled nine points each, and the Huskies have gotten excellent productions from younger players, such as sophomore Madison Brown (5-3-8) and leading scorer Ella Boerger (1-9-10).

The Hornets would love to get starting goaltender Uma Corniea back from injury, but Sarah Swann has done more than just fill in, posting three shutouts in the team’s first three contests. An offensive one-two punch is usually a pair of forward linemates, but junior defender Vivian Jungels (5-4-9) and senior forward Emma Conner (6-2-8) have teamed up to lead the Hornets in scoring.

The Skippers have gotten outstanding offensive production from its young players, led by sophomore standout Grace Sadura (6-4-10). Freshman Lindzi Avar has proven she’s more than ready to contribute at the varsity level with three goals and eight points. Senior Brynn DuLac has been predictably fantastic, stopping 67 of 70 shots in the first four games and earning two shutouts. Facing Edina on Feb. 2 in a Lake Conference showdown will put the young lineup to the test.

Yes, the Crimson lost to Blaine in the season-opener. But how often do you run into a sophomore goaltender who rejects your team’s 50 attempts to put a puck past her? The Crimson bounced back with a 5-0 win over Centennial in the second game, riding the three-goal performance of senior forward and Quinnipiac commit Tristana Tatur. The Crimson have put 95 shots on goal in the first two games of the season.

A slimmer-than-expected 1-0 win over Bloomington Jefferson was likely the result of a handful of Red Knights being sidelined due to COVID-19 protocols, but the Red Knights have shown more scoring punch than last season. BSM has scored seven goals in a game twice this year after doing so two times all of last season. Emma Hoen (2-4-6) leads the team in scoring, followed by Olivia Haag (4-1-5) and Mary Zavoral (2-3-5).

Three straight wins and tie with Section 8-2A rival Alexandria have the Rams off to a good start this season, powered by the high-flying trio of Memphis Mertens (6-7-13), Sophie Helgeson (2-8-10), and Kate Helgeson (8-2-10). Those three players have scored 16 of the team’s 18 goals this season, and will be counted on in Roseau’s battle with ultra-rival Warroad on Jan. 26.

The Pioneers topped preseason No. 8 Wayzata 2-1 after opening the season with a 5-2 win over fellow Metro East team Hastings to open the season, and enter a showdown with Breck, ranked third in Class A on Jan. 26 after a 1-0 win over Eden Prairie. While the Pioneers have three players with three points and haven’t exactly exploded offensively, they may have found their next standout goaltender in freshman Grace Zhan. Zhan is 3-0 so far, stopping 54 of 57 shots earning a shutout this season.

Senior forward Morgan Wohlers has notched four goals and five points through two games this season for the Ponies, while freshman goaltender Lily Timmons has been impressive between the pipes. The Ponies look to be the class of the Suburban East this season, and will battle with fellow conference contender Cretin-Derham Hall (2-0) on Feb. 2 after conference games against White Bear Lake and Woodbury.

A big win to open the season over Maple Grove put the Bengals on the radar, and the team’s only loss has been a 2-1 squeaker against Rogers. Sophomore Hailey Hansen has been nothing short of outstanding this season, posting a .969 save percentage in three games and the aforementioned 50-save shutout of No. 4-2A Maple Grove. Macy Janssen leads the team in points with four assists, and the Bengals will need more consistent scoring and more scoring period if they want to keep pace with conference leader Maple Grove.

A puzzling team from the start, the Fire have earned a notched in every column so far with a win, tie, and loss. The Fire scored nine goals in its opening win over Hutchinson, but then tied Class 1A Orono and los to Class 1A Gentry Academy. Only time will tell. Junior forward Kayla Woytcke has been a pleasant surprise this season, scoring three times in the team's first three games after scoring five goals all of last season. 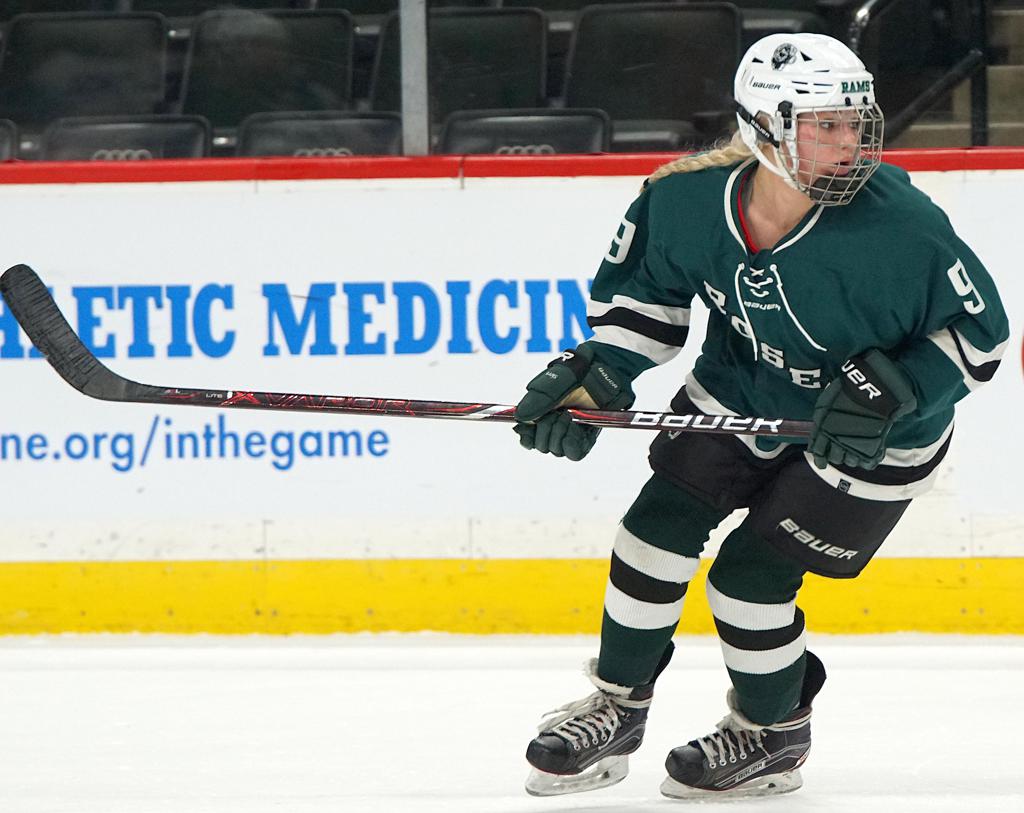 Wins against Thief River Falls and Crookston by respective scores of 6-0 and 14-0 wouldn’t carry much weight with any other team, but the Warriors have proven repeatedly that they are one of the premier Class 1A squads in the state.
Geno Hendrickson has added to her gaudy career goals with six goals and 11 points in the first two games, but a looming battle with Roseau on Jan. 26 will be the first true test for the Warriors.

If my laptop autocorrects Chisago Lakes to Chicago Lakes one more time, I may just throw this hunk of aluminum and plastic right into South Center Lake.

The Wildcats started hot with a win over Breck in the season-opener, but a 5-2 loss against a team the Mustangs have already beaten (Blake) stings. A 5-3 win over Simley gave the Wildcats their second win, and a date with Class 1A power South St. Paul is on the schedule for Jan. 29.

Someone from Breck will see the Mustangs ranked third and will become the real-life version of the Michael Jordan meme that says, “and I took that personally.”

The loss to Chisago Lakes was followed with wins over IMAC rival Blake 5-3, and South St. Paul 4-2 assuaged some of those wounds from losing in the regular season for the first time since 2018, and the Mustangs are still one of the most talent-loaded teams in the state, regardless of class.

The Packers scored a big win over Section 4-1A foe Gentry Academy earlier this week and topped another section opponent in Mahtomedi to start the season. Ella Reynolds is likely out for the season, Packers coach Dave Palmquist has been one of the most adaptable coaches in the state longer than I’ve been alive. Palmquist also has senior defender and Bemidji State commit Makenna Deering on the roster, who scored the game-winner in overtime in the Packers’ win over Gentry Academy.

Ranked fifth probably because of the lack of games, the Mirage downed Hibbing/Chisholm 5-2 in their only game of the year, with a four-goal second period making the difference. Respectfully, the Mirage may not be looking at a hyper-competitive game until Feb. 11, when they host Section 7-2A darkhorse Grand Rapids/Greenway. 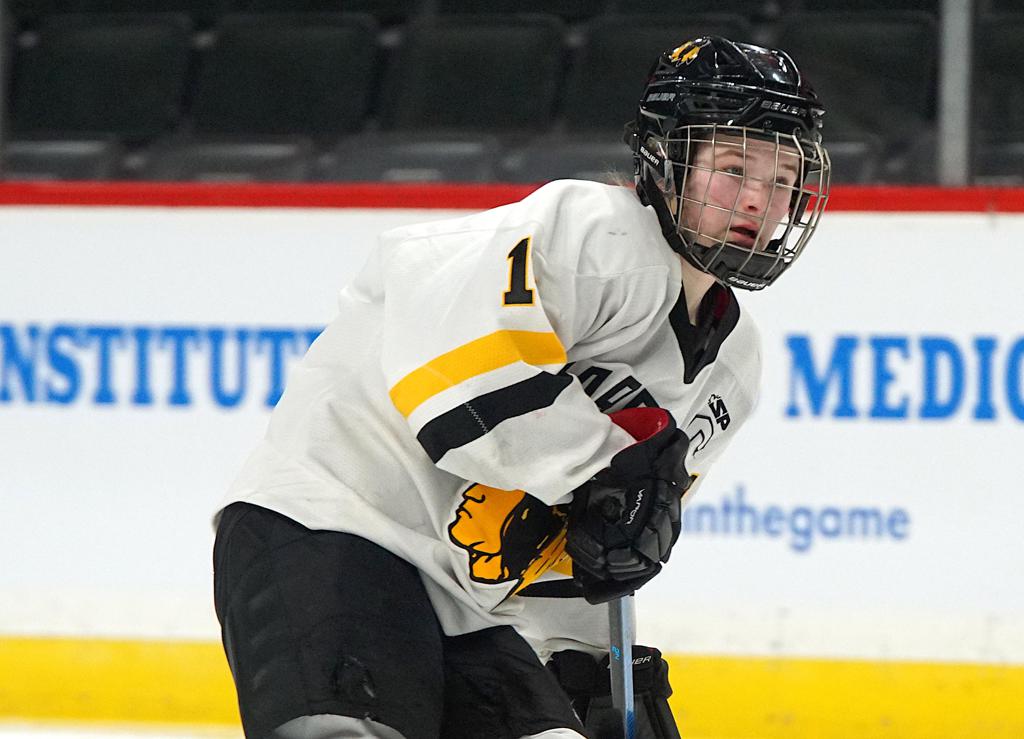