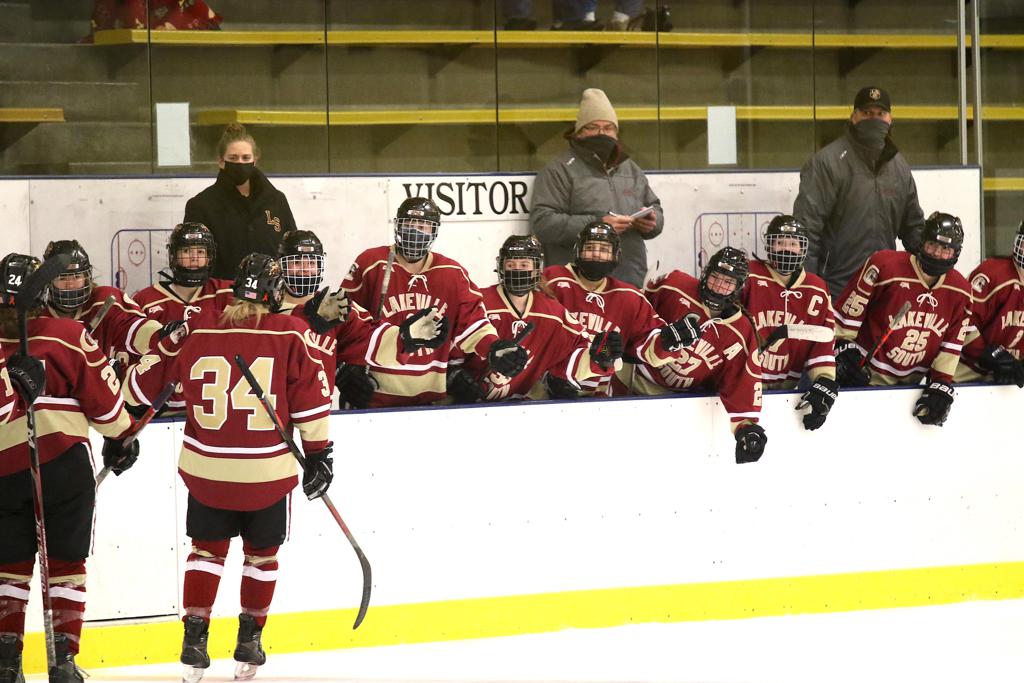 Lakeville South finds itself ranked No. 10 this week in Class 2A.

Nothing's changed for the Huskies except they added Centennial to their list of teams they've scored double-digits against. The Huskies thumped the Cougars 10-0 and have outscored their first nine opponents 76-2 this season.

The Hornets picked up wins over Wayzata (7-1) and Eden Prairie (3-0) since the last batch of rankings and have been just as impressive defensively as offensively. Goaltenders Sarah Swann and Uma Corniea have combined for five shutouts through nine games, and the Hornets' strong play between the pipes could be the difference when they face defensive specialist No. 4-2A Benilde-St. Margaret's on Feb. 16.

Hill-Murray gets the nod at No. 3 ahead of Benilde-St. Margaret's because of their win over the Red Knights earlier in the season. The Pioneers have stretch ahead of them, starting with a rematch against No. 4-1A Breck on Feb. 18 and then squaring off with No. 2-1A Warroad on Feb. 26.

A 28-save shutout for senior goaltender and Sacred Heart commit Carly Greene powered the Red Knights to a 1-0 win over previous No. 3-2A Minnetonka, with Avery Junker tallying the only goal of the game for the Red Knights. Like Hill-Murray, the Red Knights will face quality opponents in the near future, drawing Edina and Minnetonka on this week's dance card.

The loss to BSM doesn't discount anything about the Skippers, who remain one of the state's top teams. The Skippers will get their shot at redemption against the Red Knights on Feb. 20. The number four appears to be Minnetonka's lucky number, with the Skippers notching four scores in four of their seven victories.

The Ponies scored a 9-2 win over Park Cottage Grove and then followed that victory with a thrilling 5-4, come-from-behind win in overtime against No. 1-1A Gentry Academy. After the win against the Stars, the Ponies will return to Suburban East Conference play with games against East Ridge and Roseville this week.

The Crimson continues to chug along, winning four straight since the 7-0 loss to Andover on Jan. 29. Like a number of other teams, Maple Grove is searching from scoring from outside its premium players, with Division I commits Lauren Stenslie (St. Thomas) and Tristana Tatur (Quinnipiac) combining for 15 of the team's 33 goals so far this season.

A four-goal second period lifted the Rams to a win over a rising Moorhead program, the third straight victory for the green-and-white since its loss to Warroad on Feb. 1. The Rams will not play this week until Friday, when they face Sartell/Sauk Rapids on the road.

A 10-0 loss to Andover doesn't move the needle for the Cougars because pretty much everybody loses to Andover in a similar fashion. The Cougars won't get another crack at the Huskies until Mar. 8. On a positive note, the Centennial penalty kill has been perfect this season, going 14/14.

The Cougars take over the revolving door spot that is the No. 10 ranking this week after wins over South Suburban Conference rivals Eagan and Burnsville, both in overtime. Like Maple Grove, the Cougars could use a boost from their second and third forward lines, as the top group of Ryann Wright, Claire Enright, and Taylor Otremba has scored 28 of the team's 35 goals through nine games. 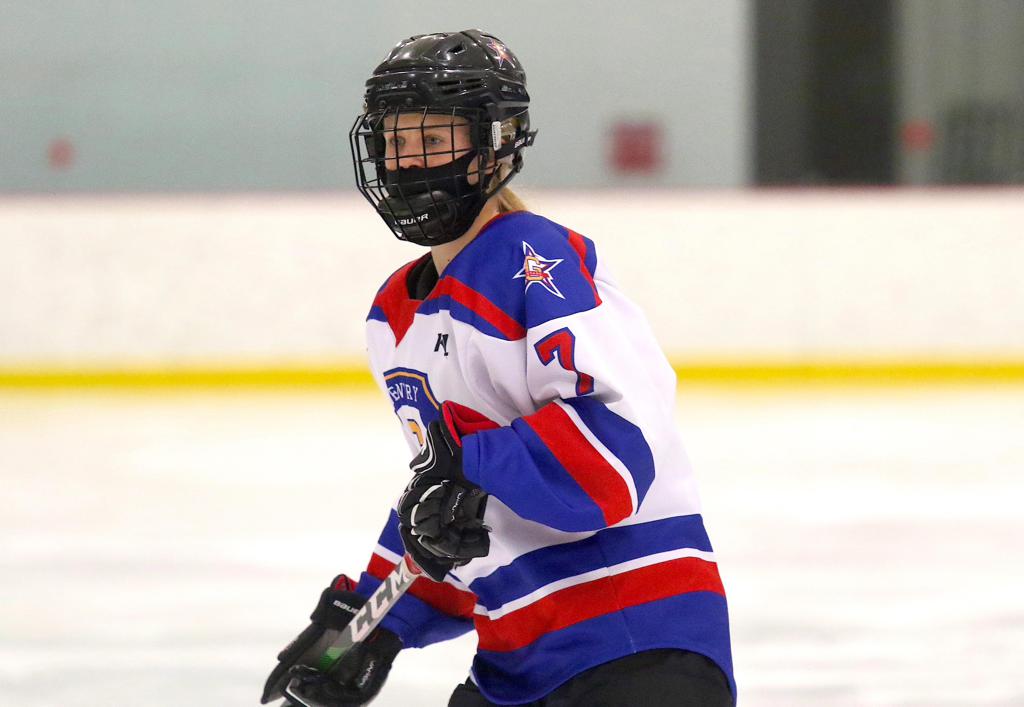 Cara Sajevic is one of the leading scorers for the newly-minted No. 1-1A Gentry Academy.

Defeating previous No. 1-1A Warroad and then following that performance by taking No. 6-2A Stillwater to overtime vaults the Stars into the No. 1 slot. Four players have recorded double-digit points for the Stars, and the balance and depth on the ice from all forward lines and defensive pairs is evident. The Stars will take on Woodbury and Mahtomedi this week.

The Warriors thumped Dodge County 7-0 and eased past Bloomington Jefferson 6-1 on a metro swing last week. The Hendrickson duo of Geno and Talya continue to lead the Warriors in scoring with 27 and 20 points, respectively. The Warriors will face Fargo Davies (ND) and Fargo North/South (ND) this coming week.

The Wildcats continued to roll with wins over Pine City Area and Princeton, scoring 17 goals in the process, and could benefit from an uptick in competition. The Wildcats will face Mound Westonka, a team that has made appearances in the top-10 this season, on Feb. 27.

The Mustangs have won three straight since falling 3-1 to Hill-Murray on Jan. 26, and the Mustangs will get their rematch with the Pioneers on Feb. 18. Minnesota commits Ava Lindsay and Emily Zumwinkle led the Mustangs to their lone win of the week, both recording four points in a 5-2 win over North Wright County.

The Mirage handed Grand Rapids/Greenway a 10-2 loss last week, pushing its winning streak to six consecutive games. Six players have recorded 10 or more points this season for the Mirage, which has outscored its opponents 53-6 through six games. The Mirage will face a better-than-expected Cloquet-Esko-Carlton team on Feb. 16 before a date with Northern Lakes on Feb. 19.