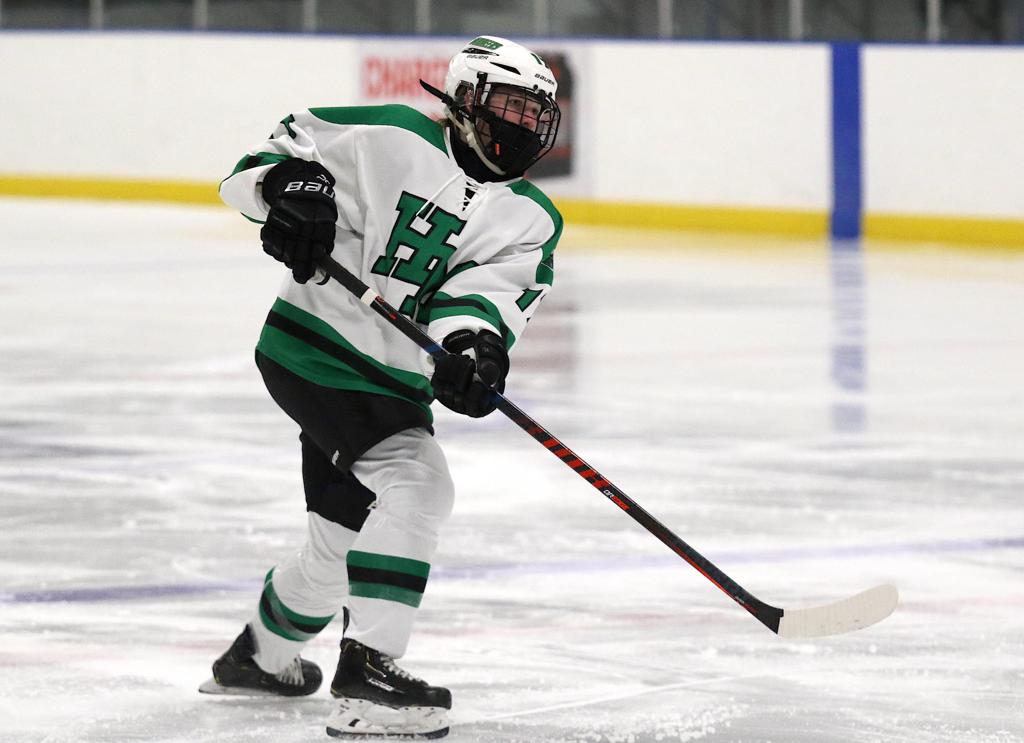 Kennedy Morris had a big week for Hill-Murray, recording four points in the Pioneers' 6-3 win over Breck.

The Huskies had their game against Rogers canceled last week but still managed to defeat Champlin Park/Coon Rapids 7-0 on Saturday to run their record to 10-0.

The Hornets picked up a 2-0 win over Benilde-St. Margaret’s and an 8-1 thumping of North Wright County since the last batch of rankings. The Hornets pumped 41 shots on goal during the win over the Riverhawks and saw three players (Hannah Halverson, Hannah Chorske, and Vivian Jungels) record three points each.

A 6-3 win over Breck marks the second time this season that the Pioneers have bested the Mustangs, and a 6-1 win over North St. Paul/Tartan gives the Pioneers five straight wins since its lone loss of the season.

Kennedy Morris recorded two goals and four points in the win over the Mustangs, while Olivia Boyer led the scoring attack against North St. Paul/Tartan with a pair of goals.

A 1-1 tie with Benilde-St. Margaret’s, coupled with the Red Knights’ loss to Edina, pushers the Skippers into the No. 4 spot this week. After scoring four or more goals in the team’s first five games of the season, the Sippers have notched just two scores in their last three games, a 1-0 loss and 1-1 tie with BSM and a 1-1 draw against Eden Prairie.

A 95% success rate on the penalty kill has become part of the Red Knights’ calling card as a squad, and with looming games against Breck and Edina this week, that unit will surely be put to the test. The Red Knights fell 2-0 to Edina on Feb. 16, and now get their shot at revenge on the road at Braemar Ice Arena.

Roseau pocketed a pair of wins last week, beating Sartell/Sauk Rapids 5-1 and blanking St. Cloud 4-0. The Rams played back-to-back games on Friday and Saturday, and will face a quick turnaround before Tuesday’s game on the road against Warroad.

Sophie Helgeson scored twice and added two assists over the weekend, and Memphis Mertens tallied a goal and three helpers. Eighth-grader Payton Remick scored her first varsity goal for the Rams in the win over Sartell/Sauk Rapids, then scored again against St. Cloud.

The Crimson blasted Armstrong/Cooper 7-0 last Tuesday before running into Blaine…again. The Crimson fell to the Bengals 1-0, the same score and result the two teams had in the first game of the season. The loss to the Bengals snaps the Crimson’s five-game winning streak.

Going undefeated in high school hockey is nearly impossible, and the Ponies saw their unblemished season earn its first defeat in a 4-3 (OT) loss to Suburban East Conference rival Roseville on Saturday. The Ponies had previously defeated the Raiders 3-1 in the season’s second game. Mounds View and East Ridge are on the docket for this week, and the Ponies should be feeling confident after downing the Raptors 7-2 on Feb. 17.

The Cougars continue to pile up wins with two more last week, trouncing Champlin Park/Coon Rapids 6-1 and eking out a 6-5 (OT) win over Elk River/Zimmerman three days later. The Cougars scored twice in the last seven minutes of the third period in the win over the Elks, and Lauren O’Hara netted the game-winner at the 4:57 mark of the extra session.

The Bengals bounced back from a 4-1 loss to Elk River/Zimmerman on Feb. 17 for another 1-0 win over Maple Grove, getting a 43-save shutout performance from Hailey Hansen. As if that weren’t enough, Hansen was also credited with the lone assist on Maddie Anderle’s eventual game-winning goal. 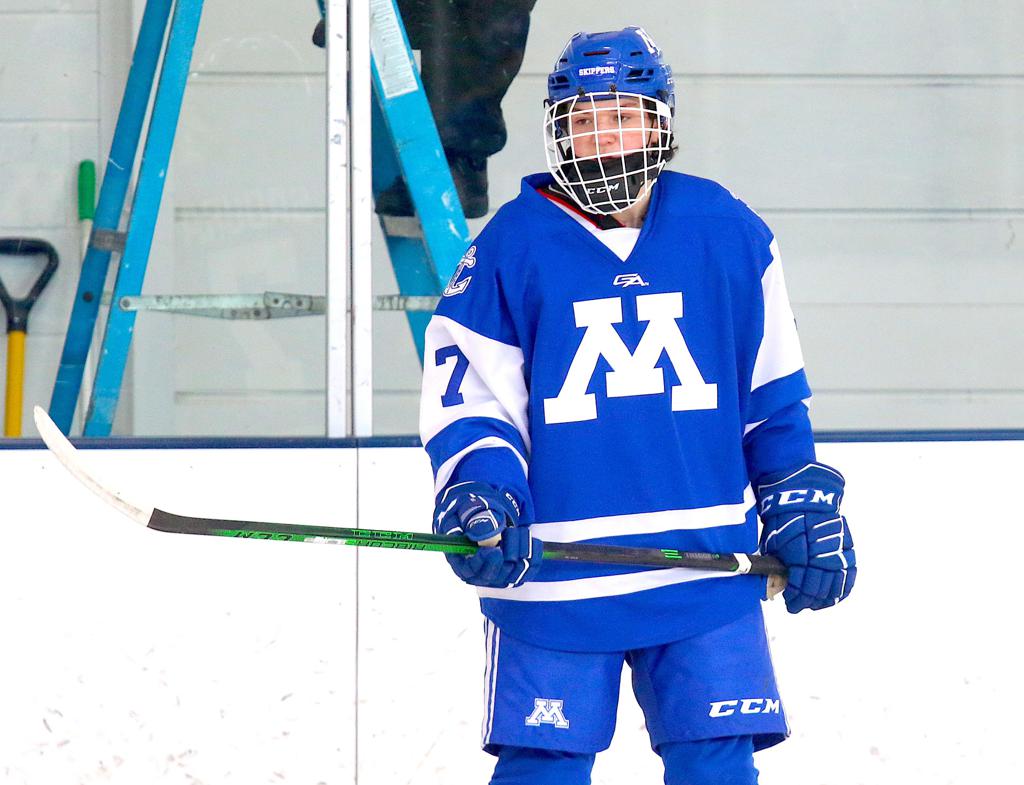 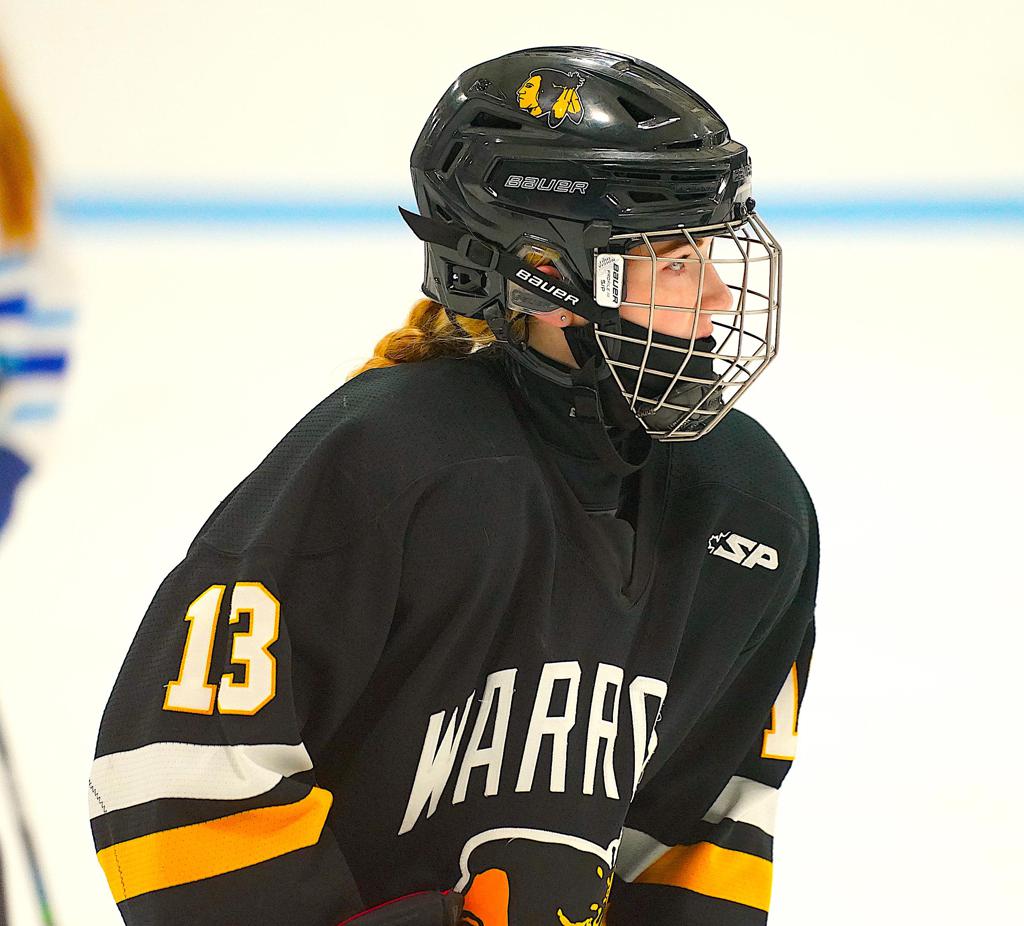 The Stars outscored their two opponents 13-2 last week, shutting out Woodbury 8-0 and defeating Mahtomedi 5-2. The Stars have won five of their past six games, and both losses this season have been by a single goal. While there has been some confusion over which section the Stars are placed in (their assignment has changed multiple times on the MSHSL website), the first-year program seems primed for a deep postseason run.

A trip to the Red River Valley proved fruitful for the Warriors, as the second-ranked squad picked up a 7-2 win over Fargo Davies (N.D.) and a 9-0 victory over Fargo North-South (N.D.). Geno Hendrickson racked up six goals and 11 points in the two games, while Talya Hendrickson scored twice and added seven assists, and Kate Johnson recorded two goals and five assists.

The Wildcats finally found a team that could stay within four goals of them for the first time since Jan. 29, beating Holy Angels 3-1 on Feb. 18 in their only game last week. Jenna Lawry led the Wildcats in the win over the Stars with a pair of goals, while Dani Burnette tallied a goal and two assists.

A 6-3 loss to Hill-Murray isn’t evened out by a 2-1 win over Blake by any means, but the strength of their schedule keeps the Mustangs above No. 5-1A Proctor-Hermantown. The rest of the season doesn’t get any easier for the Mustangs, who will face No. 5-2A Benilde-St. Margaret’s, No. 2-1A Warroad, No. 1-1A Gentry Academy, and No. 2-2A Edina all still to come.

Another week, another double-digit win for the Mirage, which also handed last year’s Section 7-1A champion Cloquet-Esko-Carlton a 5-1 loss last Tuesday. The Mirage eased past Northern Lakes 11-0 after the win over the Lumberjacks, getting four points from Michaela Phinney and three points each from Nya Sieger, Hannah Graves, Ember Kehtel, Macy Sieger, Alyssa Watkins, and Ella Anick. 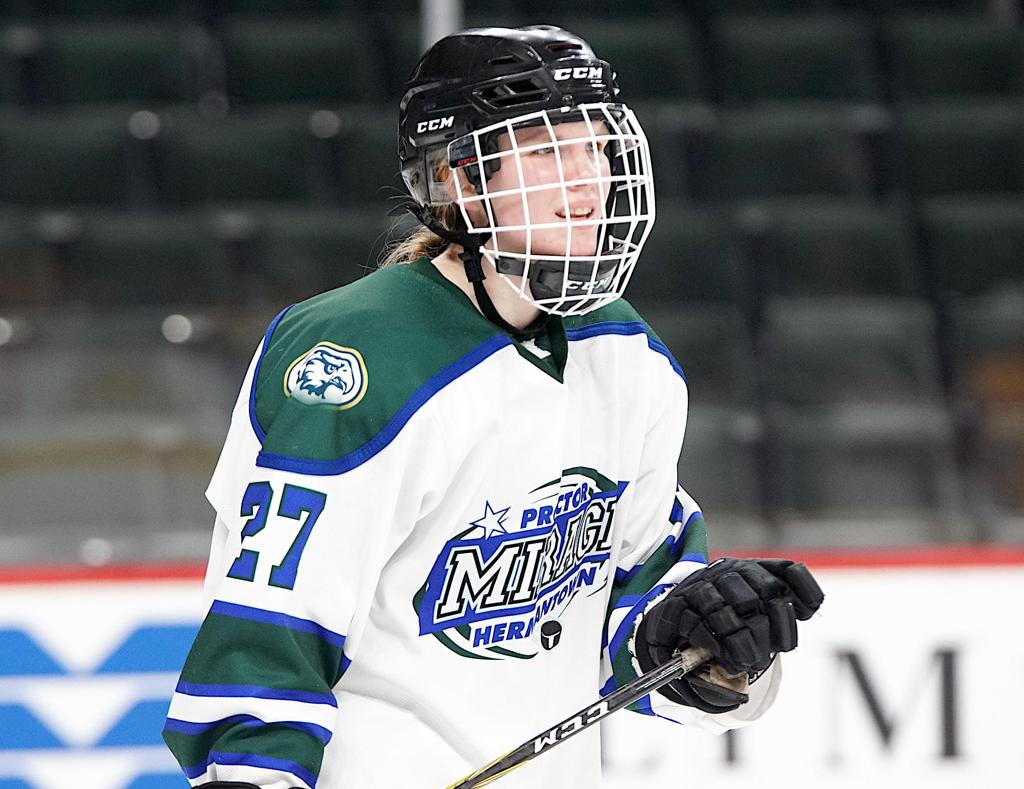