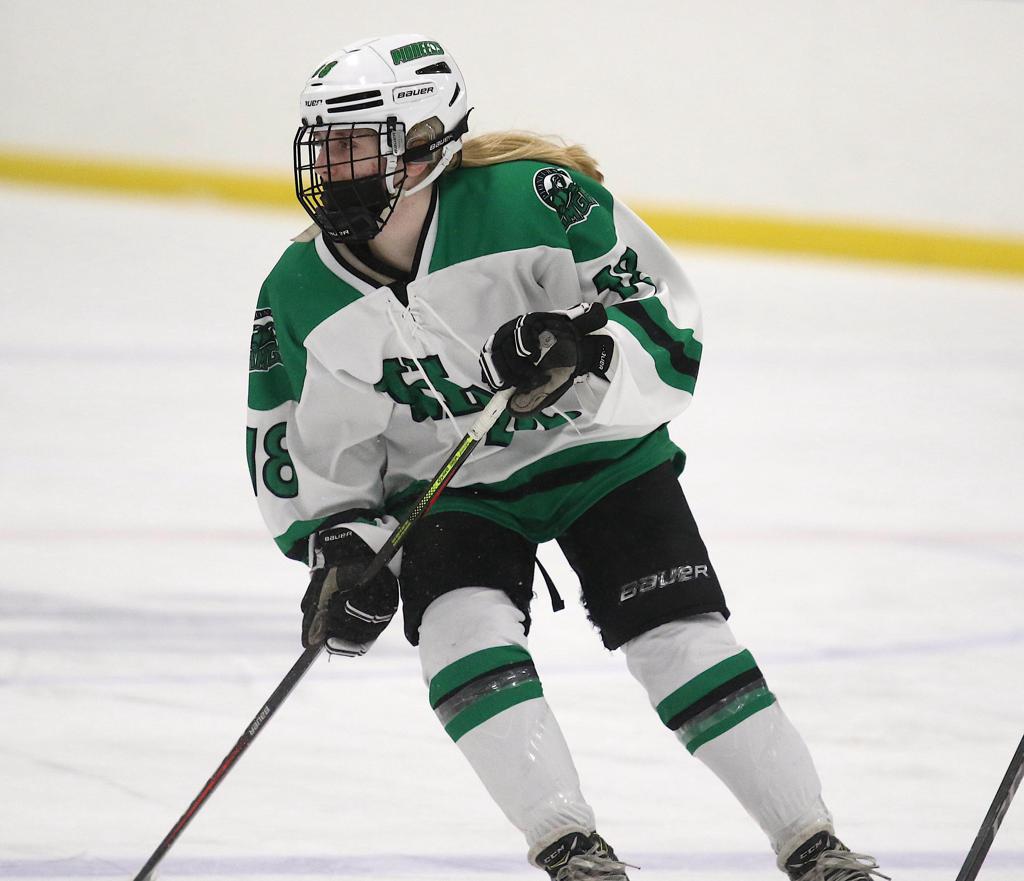 After a 14-day quarantine, Chloe Boreen and the Hill-Murray Pioneers will be back in action this week against Wayzata.

Three games, three wins, three shutouts. The Huskies beat Blaine, Moorhead, and Osseo/Park Center by a combined tally of 29-0 and will close out the regular season with games against Centennial, Rogers, and Spring Lake Park.

The Hornets picked up a 3-0 win over Minnetonka and a 4-1 victory over Wayzata since the last rankings to continue their undefeated season. Games against Breck, Blake, and Holy Family remain on the docket.

Minnetonka earned one of each last week, taking a 3-0 loss to Edina, beating Orono 3-0, and tying North Wright County 2-2. Three games remain for the Skippers, with Blake and Dodge County on the schedule during the week, and then a showdown with No. 1-1A Gentry Academy on Saturday.

The Pioneers will take on Wayzata on Tuesday night after quarantining for two weeks.

No games for the Red Knights this week, as March 4th’s scheduled game with Eden Prairie was cancelled. The Red Knights are 1-1-2 in their last four games and will face Minneapolis and Wayzata to conclude the regular season.

A 9-1 win over Crookston came during the Rams’ only game of the week, powered by a four-goal third period. Sophie Helgeson and Kate Helgeson each recorded four points in the win over the Pirates, and will look to continue the scoring production in the Rams’ final three games against East Grand Forks, Warroad, and Brainerd/Little Falls.

Two was the magic number for Maple Grove last week, with the Crimson picking up a 2-0 win over Osseo/Park Center and a 2-1 win over Rogers. The Crimson will end the regular season with games against Anoka/Spring Lake Park, Armstrong/Cooper, and Centennial. Maple Grove has already defeated all three of those teams this season.

Kudos to the Bengals for bouncing back after a 9-0 loss to Andover with a 3-1 win over previous No. 8-2A Centennial. Champlin Park/Coon Rapids, Elk River/Zimmerman, Osseo/Park Center await the conclusion of the Centennial regular season.

The Ponies allowed just a single goal in each of its three victories last week, beating Irondale/St. Anthony 3-1, Park of Cottage Grove 6-1, and Cretin-Derham Hall 4-1. The three-game winning streak could help the Ponies forget a 1-2 stretch that preceded it, and the Ponies should be a top-four seed in the Section 4-2A playoffs.

A 3-1 loss to Blaine was sandwiched between wins over Armstrong/Cooper and Rogers by scores of 6-2 and 4-1, respectively. The Cougars’ reward after games on Friday and Saturday? They get to face No. 1-2A Andover Monday night. In the first meeting between the teams, the Cougars fell to the Huskies 10-0 and were outshot 52-11. 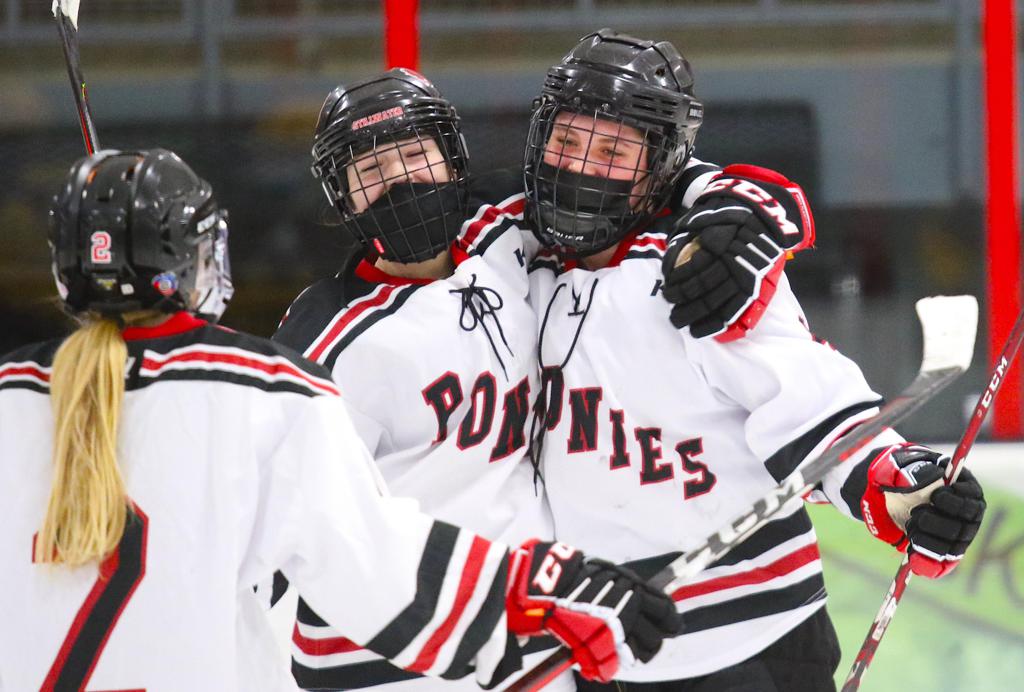 Stillwater has won three straight games heading into the final stretch of the season. 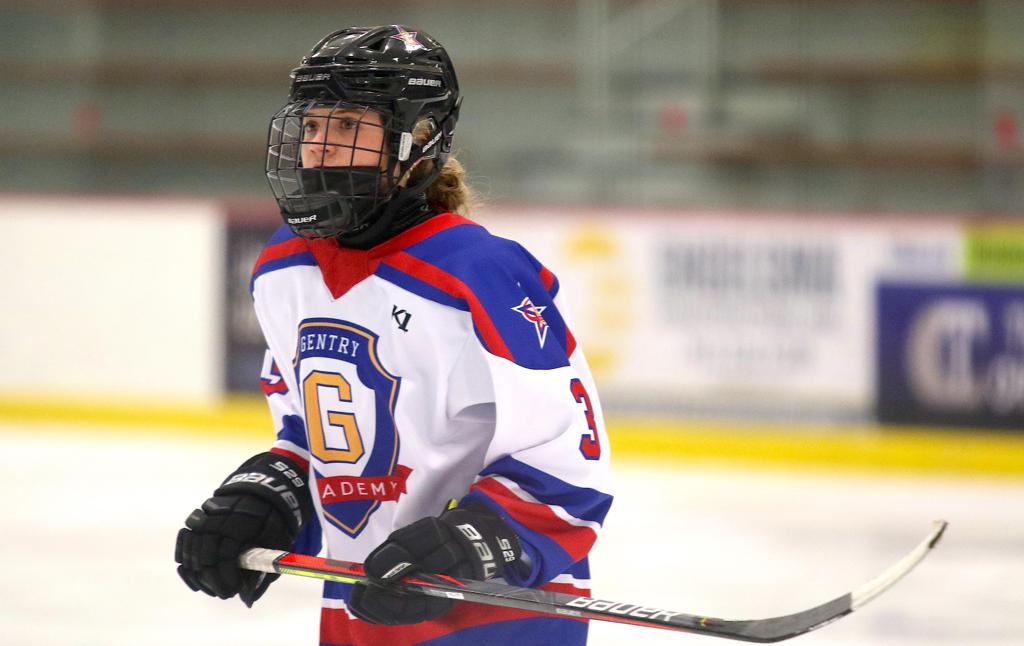 Rachel Agerter and the Gentry Academy Stars face No. 3-1A Chisago Lakes on Monday night.

There may not be a hotter team in the state since before Valentine’s Day than the Stars, who picked up a marque win over traditional Class 1A power Breck on Mar. 6 by a score of 7-4. The Stars took a slim 4-3 lead into the third period before rattling off three straight goals to pull away from the Mustangs. The Stars battle No. 3-1A Chisago Lakes on Monday night.

Like Gentry Academy, the Warriors downed Breck since the last batch of rankings, beating the Mustangs 6-4 on Mar. 5. Couple the win over the Mustangs with victories over East Grand Forks and Orono, and the Warriors are staring down the barrel of a 17-1 season. Thief River Falls, Roseau, and Eden Prairie remain on the Warroad schedule.

It must have been a harrowing week for the Wildcats and their coaching staff, considering the close margins of last week’s games. The ‘Cats edged River Lakes 4-3 before shutting out Mahtomedi 2-0, then faced a four-goal second period against St. Cloud before escaping with a 5-4 victory.

The Mirage may have faced stiffer competition last week but still came away with three straight wins over Cloquet-Esko-Carlton, Grand Rapids/Greenway, and Duluth Marshall. Two or the Mirage’s remaining four games are against teams it has already defeated in Hibbing/Chisholm and Duluth, along with contests against Eveleth-Gilbert and Moose Lake Area.

It’ll take a little more than a loss to a quality Class 2A program like Holy Family to knock Mound Westonka out of the rankings. The Whitehawks bounced back after that loss to the Fire with wins over Hutchinson and Delano/Rockford. They will close the season with games against New Prague, Delano/Rockford, Orono, and Chaska/Chanhassen. The Whitehawks defeated the Tigers and Spartans earlier in the season.