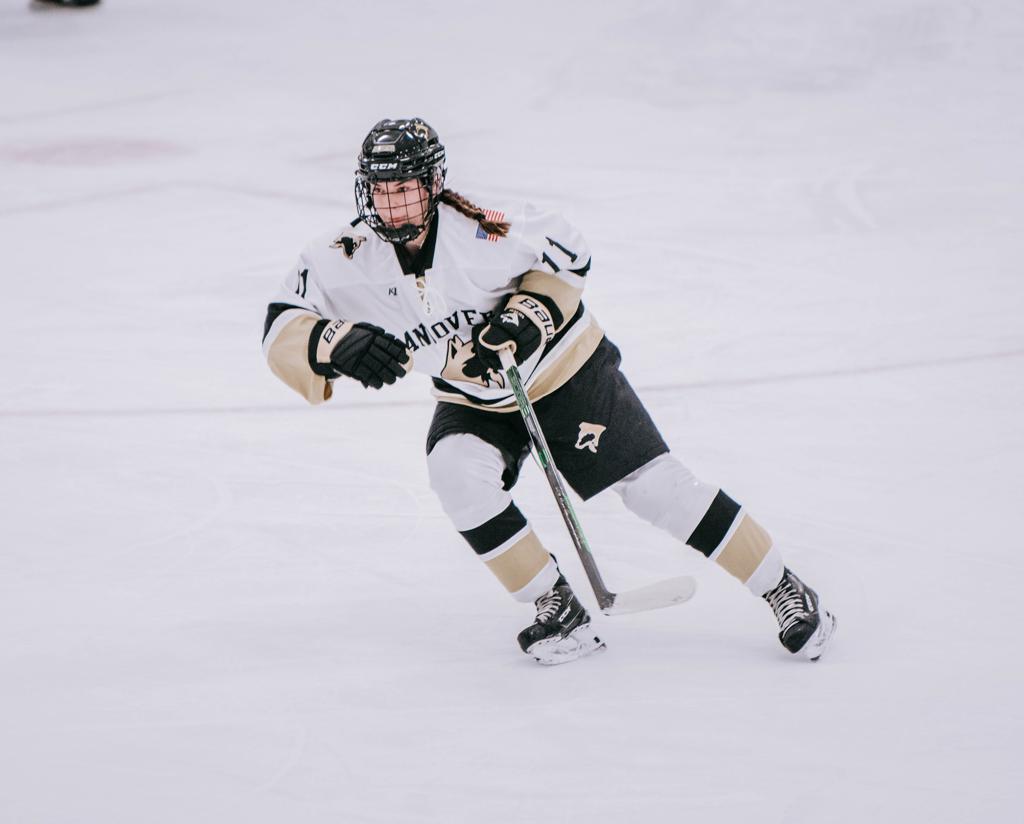 Andover freshman Maya Engler scored her first varsity goal in the Huskies' 4-1 win over No. 1-1A Warroad on Saturday.

State’s No. 1 team picks up wins over upstart Rogers 3-1 and No. 1-1A Warroad 4-1. The Huskies aren’t scoring at the torrid pace they have over the past couple of years, but they’ve defended well, not allowing more than three goals in a game.

The Skippers outscored Chaska/Chanhassen, Apple Valley, and Moorhead by a combined 23-4 over the week. Junior forward and Minnesota Duluth commit Grace Sadura has been on fire recently, racking five goals and 10 points in the wins over Apple Valley and Moorhead.

The Cougars defeated then-No. 8-2A Wazyata 4-1 in their lone game of the week, benefiting from a 37-save performance by Kaitlin Groess. Minnesota commit Lauren O’Hara had two goals and an assist in the win over the Trojans.

While the Ponies lost to previously winless Benilde-St. Margaret’s, the Ponies benefit from the following six teams all taking some type of step back. The Ponies have three games against Suburban East Conference opponents coming up, inching a date with rising Cretin-Derham Hall on Dec. 7.

Undefeated no more, the Fire fell to Edina (expected) and lost to Cretin-Derham Hall (unexpected). The Fire rebounded with a win over Wayzata, and will look to continue producing those results against Benilde-St. Margaret’s and Moorhead this week.

Last week, the Irish also lost their bid for a perfect season, falling to unranked Lakeville South in a South Suburban Conference battle. After losing to the Cougars, the Irish bounced back with a win over Eagan to split the week. As of today (Dec. 6), the Irish do not face a ranked opponent for the rest of the season, as Northfield slides out after previously being ranked No. 9.

The Royals are new to the rankings, winning four straight to start the season, then going 1-2 in their last three. The best parts of the Rogers resume happen to be losses - 3-2 defeats at the hands of No. 1-2A Andover and No. 2-2A Edina. The Royals will get their next four games at home, the last of which could be an instant classic against No. 4-2A Centennial/Spring Lake Park on Dec. 18.

The Trojans dropped two of three last week, but edged Maple Grove 4-3 to stay afloat in the rankings. It also doesn’t hurt that the losses came against No. 4-2A Centennial/Spring Lake Park and No. 6-2A Holy Family.

The Red Knights are on the board with their first win of the season, defeating No. 5-2A Stillwater 3-1 last week. The schedule doesn’t let up for BSM going forward, with games No. 2-2A Edina and No. 6-2A Hey Family on the docket next week. 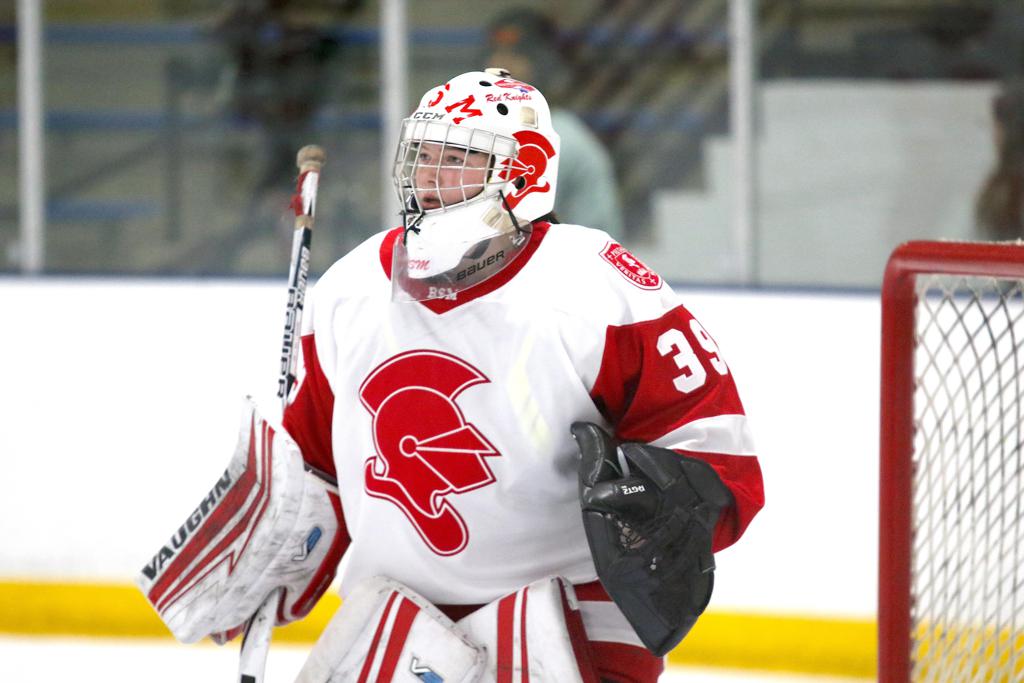 Demetra Walsma stopped 22 of 23 shots as Benilde-St. Margaret's got its first win of the season 3-1 over No. 5-2A Stillwater. 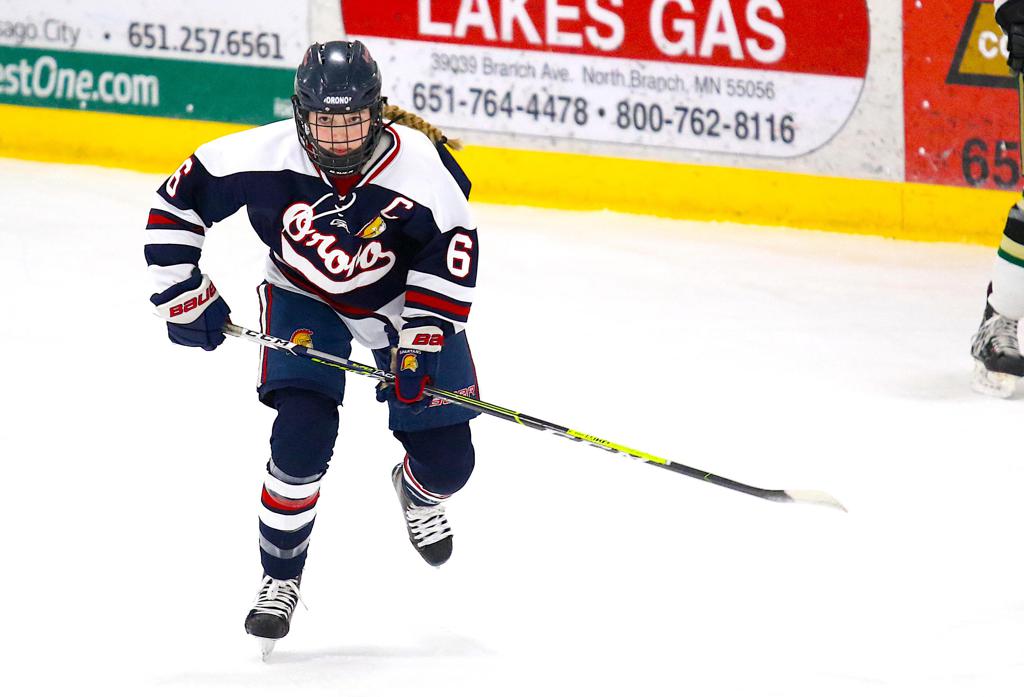 Orono's Iyla Ryskamp is the state's leader in assists with 17.

How can you punish a Class A team for playing the top-ranked Class AA squad? You can’t, especially when Warroad took a 1-0 lead over Andover into the second period on Saturday afternoon. The Warriors have certainly put the miles on their bus with multiple trips to the metro area to start the year, and the tough schedule should pay off. The Warriors are favored in virtually every game for the rest of the season.

The Spartans must be icing bruises and sore muscles this week, winning three games in three days to run their record to 8-0. Wins last week included victories over Holy Angels, Crookston, and Thief River Falls. Senior Iyla Ryskmap is the current state leader in assists with 17.

Yes, the Whitehawks lost their lone game last week, but it was in overtime against a Class AA program that should finish with at least a dozen wins this season in East Ridge. The Whitehawks’ body of work outweighs the loss.

The Mirage also dropped its only game last week, losing to Class AA Champlin Park/Coon Rapids on Friday. Proctor/Hermantown’s overall talent is undeniable, and it doesn’t hurt the resume that two of the three losses came in the season’s first two games against No. 1-1A Warroad and No. 2-1A Orono.

Welcome aboard, Otters. Your prize for winning four consecutive games and knocking off rival River Lakes is a spot in the revolving door of Class A.

In all seriousness, the Otters have outscored their opponents, which includes in that span last year’s Section 6A champion River Lakes by a combined 18-4. The Otters also boast two of the Central Lakes Conference’s leading scorers in Piper Andrews (9 goals, 6 assists, 15 points) and Maddie Hunter (5-7-12).