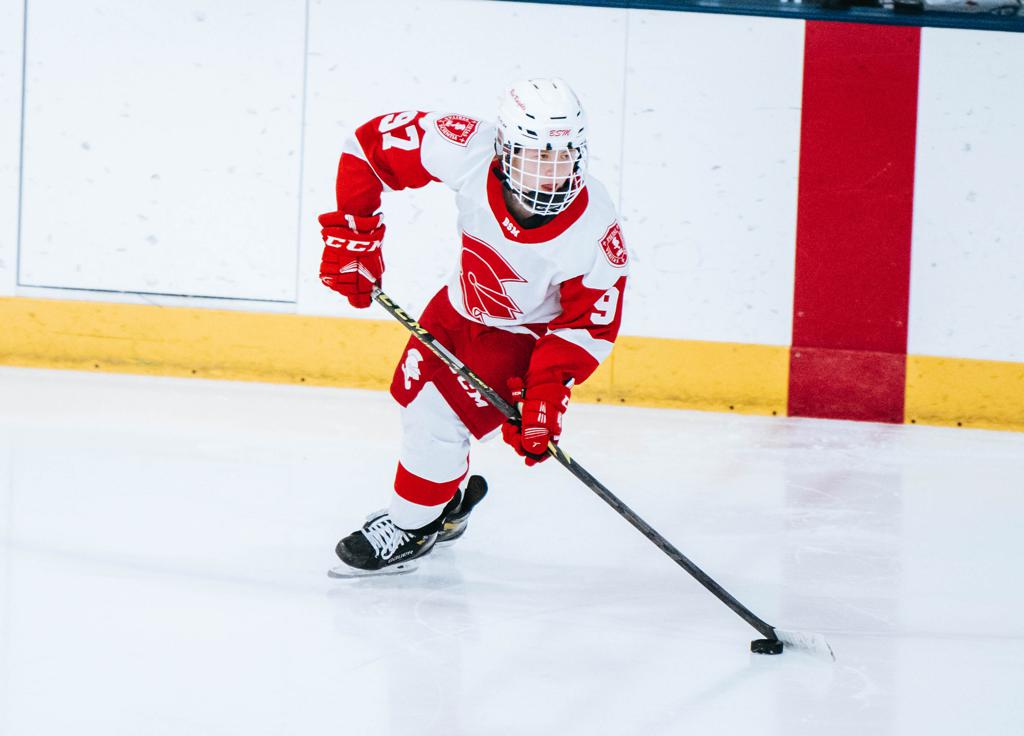 Benilde-St. Margaret's forward Kendall Hassler scored a goal and added an assist in the Red Knights' 4-1 win over No. 4-1A Proctor/Hermantown on Saturday.

While the point totals aren't eye-popping as they were last year, the Huskies have won with defense this season, allowing just seven goals through nine games.

Five Hornets have 10 or more points so far this season, and two players (Lauren Zawoywki and Whitney Horton) aren't far behind with eight and seven points, respectively.

Should the No. 1-ranked Huskies and the Hornets each win their first two games of this holiday weekend's Walser Cup, they could meet in the tournament's championship game.

A 7-2 win over Lake Conference rival Eden Prairie pushes the Skippers' record to 8-1 on the season, and the Skippers have recorded five goals or more in seven of nine games during the 2021-2022 campaign.

Like Edina, the Skippers boast a blanked lineup, with six players totaling 10 or more points this season.

The Royals have officially entered the top-five, certainly on their own merit but with a little help from two top-five teams falling out this week.

A 2-0 win over previous No. 4-2A Centennial/Spring Lake Park serves as the Royals' marquee victory of the season. Not only did the Royals win, but they also outshot the Cougars by nearly a two-to-one margin (34-18).

The Cougars drop one spot this week, considering their first loss of the season came against a top-10 Class AA team and only by two goals.

The Cougars defeated Champlin Park/Coon Rapids 8-2 in their first game last week, and will face Armstrong/Cooper and Hill-Murray before Christmas.

Hard to believe, but Rosemount is officially past the halfway point of its regular-season schedule.

The Irish earned victories over Northfield, Burnsville, and Prior Lake last week, outscoring those opponents 16-7.

Senior forward and Minnesota State commit Whitney Tuttle is currently tied for second in the state in scoring with 23 goals and 41 points.

The Trojans tied North Wright County, a team that has exceeded expectations this season at 7-3-1, 3-3 over the week. The Trojans will face Edina on Dec. 21 before returning after the holiday on Dec. 27 against Maple Grove.

Leading scorer Maddie Kaiser and starting goaltender Sedona Blair will soon depart the team for Team USA's camp prior to the 2022 IIHF Under-18 Women's World Championship, which will take place Jan. 8-15 in Linköping and Mjölby, Sweden.

A three-goal first period sparked a 4-1 win for the Red Knights over No. 4-1A Proctor/Hermantown over the weekend, marking the first time the Red Knights have scored more than three goals in a game this season.

On tap for this week are games against Eden Prairie and Blake before a five-day break over the holiday. The Red Knights will be back in action on Dec. 28 against Chaska/Chanhassen.

The Stars have won six straight games since back-to-back losses to No. 6-2A Rosemount and No. 1-2A Andover, including last Friday's 4-0 win over then-No. 2-1A Orono on the road.

The Stars will face East Ridge on Dec. 21, then be back in the new year on Jan. 3 against Red Wing. 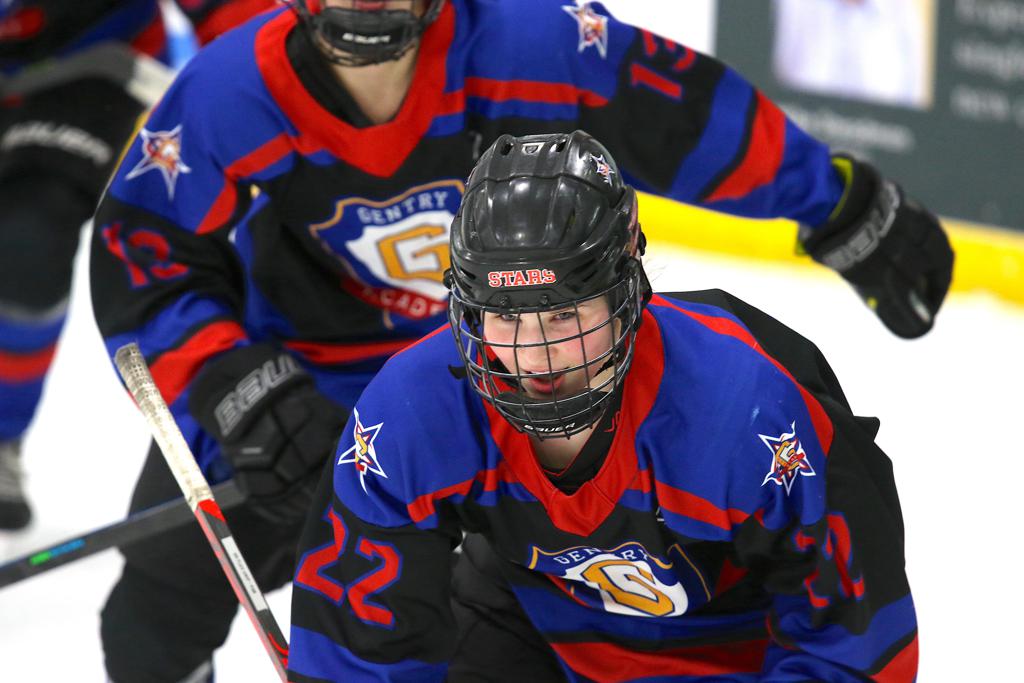 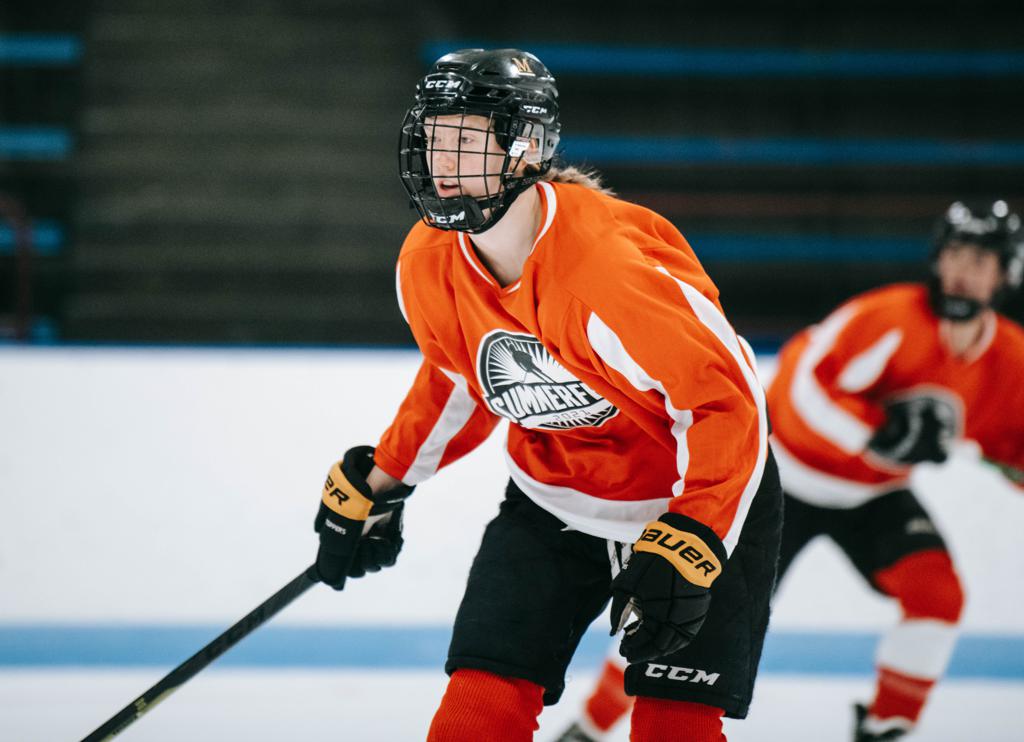 Ilsa Lindaman has 13 goals and 22 points this season for No. 5-1A Duluth Marshall.

After 11 days between games, the Warriors thumped Fargo North-South at The Gardens 7-2, led by a three-goal, six-point performance by Kate Johnson, and five points from Talya Hendrickson.

The Warriors will face Thief River Falls on the road on Dec. 21, then have a three-game homestand after Christmas with games against Bismarck (N.D.), Dodge County, and Eastview.

Yep, the Spartans lost. But so did the team below them, and Orono's loss came against a top-10 Class AA team in Gentry Academy. The Spartans will face Eastview on Dec. 22, then will have two weeks off before hosting New Prague on Jan. 6.

A win over Cretin-Derham Hall certainly helps the Mound Westonka resume, but a 4-3 loss to Chaska/Chanhassen dims some of the luster. The Whitehawks take on New Ulm on Wednesday, then Hutchinson on Dec. 30 to round out 2021.

The Mirage split last week, shutting out Hibbing/Chisholm 5-0 and losing to No. 9-2A Benilde-St. Margaret's 4-1 on the road. Monday's matchup with No. 5-1A Duluth Marshall could go a long way in determining the Mirage's ranking for next week and beyond.

The Hilltoppers had their battle with Proctor/Hermantown rescheduled for Monday (Dec. 20) but trounced Pine City Area 9-1 in the meantime. The Hilltoppers have won four straight games heading into the matchup with the Mirage.