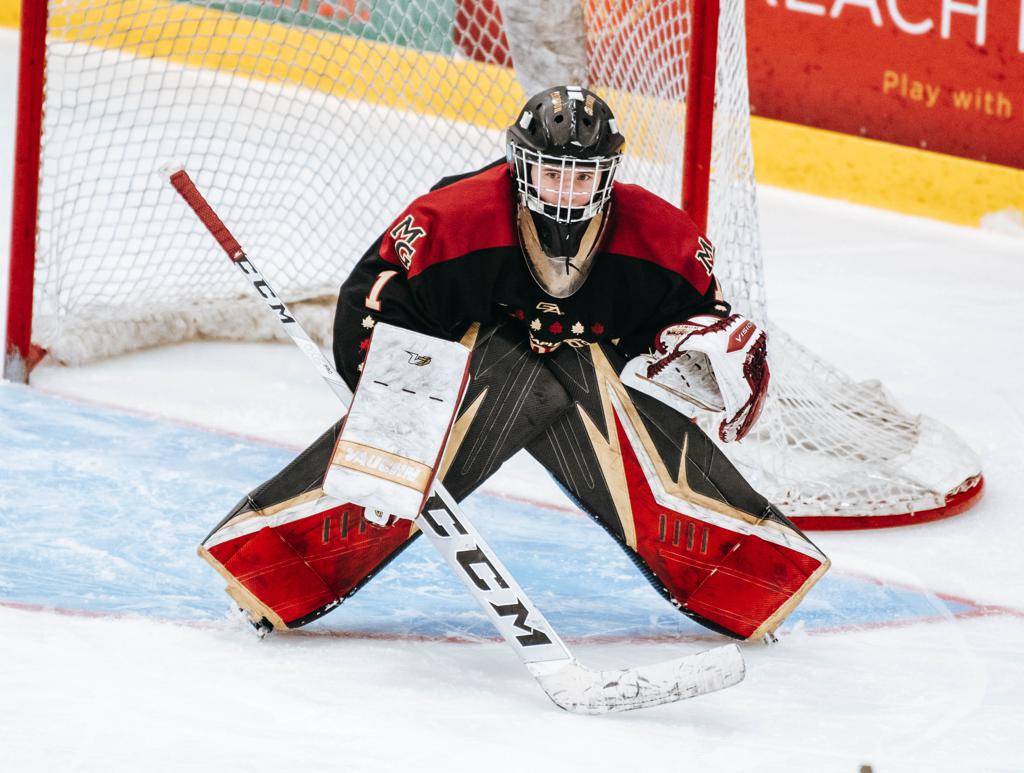 Up next for the Huskies are three challenging games, as they face Maple Grove, Stillwater, and Hill-Murray this week.

A one-week hiatus from the No. 2 spot seems to have done the Hornets some good, not that they needed any extra motivation.

The Hornets won all three games they played last week, earning wins over Chaska/Chanhassen, Blake, and Eden Prairie by a combined score of 17-2.

The win over Blake is particularly intriguing, given that the Hornets piled on nine goals and sent the game to running-time. When was the last time two ranked teams had the clock running in the third period?

Coupled with the Minnetonka loss to unranked North Wright County, the Hornets move back to No. 2.

Two first-period goals by Chloe Finnerty and Sydney Petersen and a 38-save performance by Jadyn Weiser led to an upset of the previously second-ranked Skippers, as North Wright County started fast and then held on for the win on Saturday afternoon.

Before the loss to the Riverhawks, the Skippers had topped Hill-Murray and Buffalo by identical scores of 8-1.

The Fire had its nine-game winning streak snapped in a 3-2 loss to Hill-Murray on Jan. 7, which normally would be cause for moving down. For now, the Fire will stay where it is, thanks in part to the next five teams also losing games last week.

This week, the Fire will face Gentry Academy and Centennial/Spring Lake Park, and both games should be dandies.

The Red Knights are in the top-five, and this time, they have a few more goals to back them up.

Despite taking a hard-luck loss against Holy Family, the Red Knights responded well, handing Previous No. 9-2A Gentry Academy a 6-0 defeat. The six goals scored are the most BSM has tallied in a contest this year.

The Red Knights have won five of their last six.

SURPRISE! A loss to No. 2-2A Edina carries more weight than a loss to an unranked team.

The Bears move up due to losses ahead of them, though having an outdoor game against Cretin-Derham Hall, to be played at historic North Dale Recreation Center, postponed is highly upsetting. Bears and Raiders, please don’t rob me of this chance to watch a high school game held on the same baseball field I learned to field grounders and peel oranges.

After hovering near the rankings, the Crimson crash the party after downing a pair of top-10 teams.

Thanks in large part to the play of Dani Strom, the Crimson edged previous No. 5-2A Rogers 3-2 in overtime (Tia Rice had the game-winner) and previous No. 9-2A Gentry Academy 3-1. Strom stopped 47 of 49 shots in the win over the Royals, then made 27 saves on 28 shots against the Stars.

Just a sophomore, Strom has a .933 save percentage and three shutouts this season.

The Cougars’ top line of Wisconsin commit Claire Enright, Minnesota State commit Taylor Otremba, and Ryann Wright has picked up where it left off last season, tallying 60% of the team’s goals (50 of 83).

The Cougars are comfortable in the driver’s seat for the South Suburban Conference title with a spotless SSC record of 10-0.

A 3-2 overtime loss to Maple Grove and a 2-2 tie with Blaine drop the Royals to third in the Northwest Suburban Conference, albeit still within comfortable striking distance of the league’s top spot.

The Royals will have a chance to make some of that ground back up this week and get back into the win column, with games against conference foe Elk River/Zimmerman and North Wright County this week.

A 4-2 win over Farmington was partially spoiled by a 6-2 loss to unranked Eastview, giving the Irish two defeats at the hands of South Suburban Conference opponents. The Irish will continue their tour of the south metro with games against Shakopee and No. 8-2A Lakeville South this week. 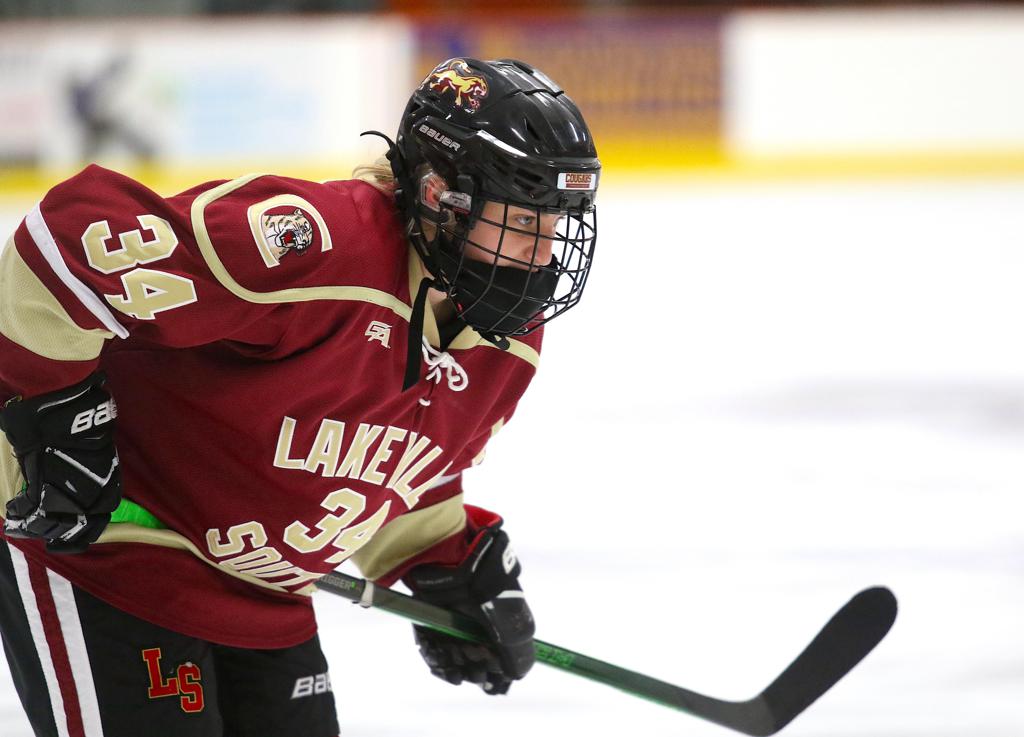 Claire Enright and the Lakeville South Cougars bump up to No. 8 in Class AA this week.

The Warriors picked up a 5-1 win over Bemidji in their lone game last week, led by Kate Johnson’s two goals and two assists.

Warroad has won six straight games entering Tuesday’s rivalry game against Roseau. After visiting the Ram Center, the Warriors will play six of their last seven games in the friendly confines of Warroad Gardens Arena.

The Mirage thumped Mahtomedi 10-0 for its fifth consecutive win and fifth straight shutout, giving goaltender Abby Pajari six blank sheets on the season. In addition to the shutouts, Pajari has recorded a 1.35 goals-against-average, and a .937 save percentage this year.

This week, the Mirage will play three games in three days, facing Chisago Lakes Thursday, Hibbing/Chisholm on Friday, and Breck on Saturday.

The Spartans have officially bounced back from their loss to Gentry Academy, blanking Northfield 4-0 on Jan. 8 behind three-point performances from Iyla Ryskamp and Kailey Niccum.

The Spartans are on the road for their next four games, starting with new Metro West Conference opponents Bloomington Jefferson on Jan. 13 and Chaska/Chanhassen on Jan. 15.

The Whitehawks suffered their only loss of the season that has been by more than one goal, falling to No. 4-2A Holy Family. The Whitehawks rebounded with a 3-2 win over Blaine after the loss to the Fire to split over the week.

The Whitehawks will take on Litchfield/Dassel-Cokato and Pine City this week.

A pair of wins move the Hilltoppers to 9-1, edging Cloquet-Esko-Carlton 2-1 and then trouncing Rock Ridge 5-1.

The Hilltoppers have not allowed more than one goal in a game since suffering their lone loss of the season against Edina on Nov. 19.

The next three games offer proper tests of the Hilltoppers’ mettle as they hit the road against Grand Rapids-Greenway, Moose Lake, and Chisago Lakes. 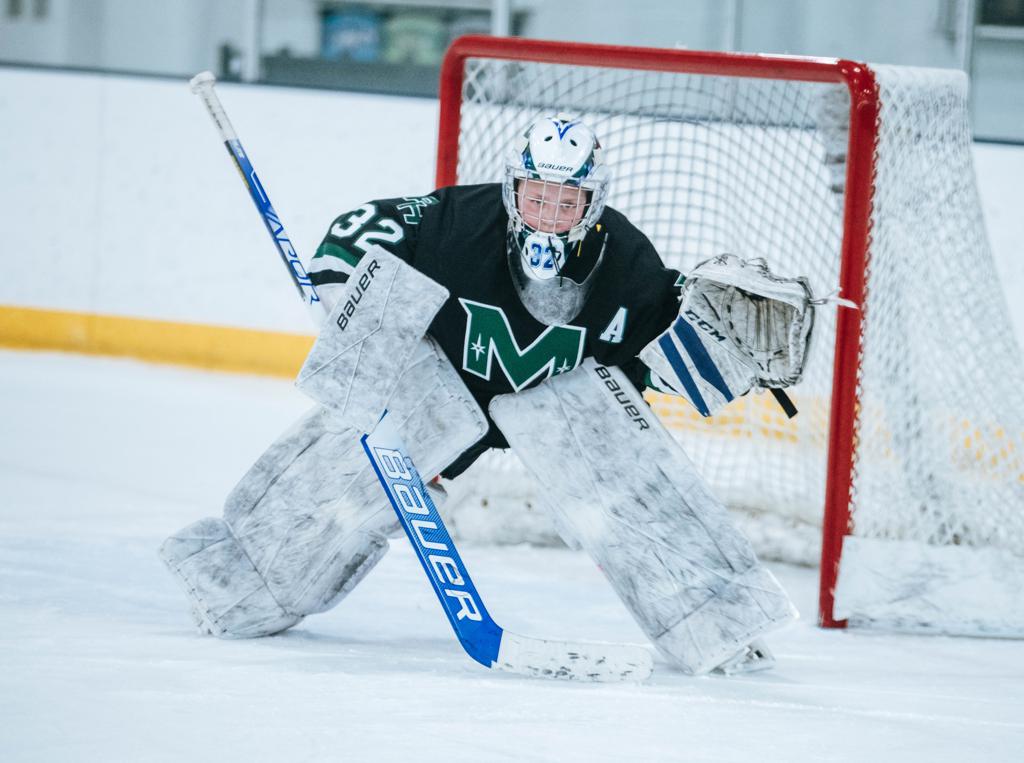 Proctor/Hermantown's Abby Pajari is up to six shutouts this season after last week's victories.