The WHL's annual Bantam Draft is slated for May 2, with the Winnipeg ICE in the No. 1 slot. 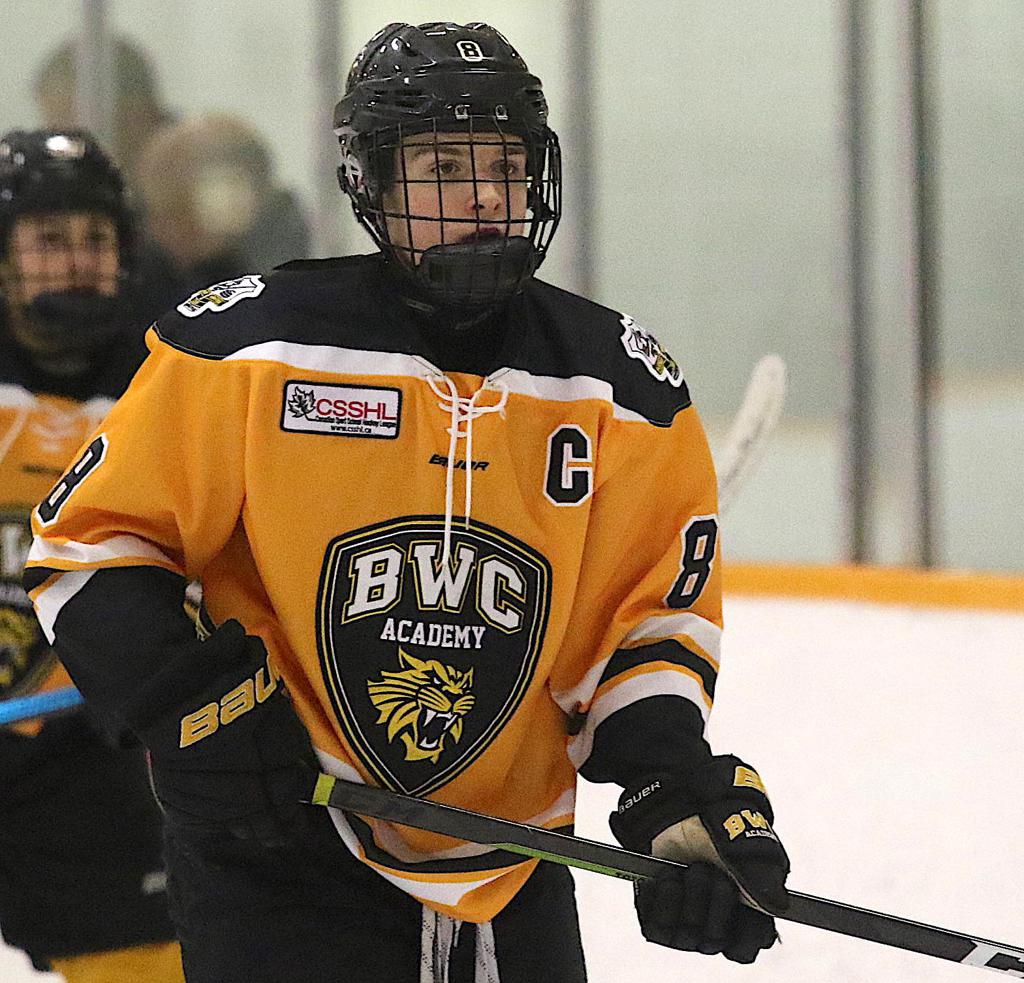 Brandon Lisowsky is one of the top prospects in British Columbia, and a likely early pick in the WHL Bantam Draft.

On March 20, the Winnipeg Ice emerged as the ultimate winners in the Western Hockey League’s Bantam Draft Lottery, earning the right to select whichever prospect the team desires.

The Ice is a reincarnation of the Kootenay Ice, which will move from its longtime base in Cranbrook, British Columbia and set up shop in Winnipeg for the 2019-2020 season. The Ice edged out the Swift Current Broncos (who held the best odds for the No. 1 pick) for the first selection.

Red Deer (AB) will be the site of the Bantam Draft, which begins on Thursday, May 2. Players eligible this year are 2004-born and hail from all of Canada and 20 states in the U.S.

Northern Alberta Xtreme forward Matthew Savoie is the consensus favorite to go No. 1 overall after being named Canadian Sports School Hockey League Most Valuable Player of the Midget Prep Division this past season. Savoie posted 31 goals and 71 points for NAX in 31 games.

Savoie was one of two players considered for Canadian Hockey League “exceptional status,” which allows 15-year olds to enter the major junior draft in their home province. Don Mills Flyers midget minor star Shane Wright was granted the status by Hockey Canada this year and will enter the Ontario Hockey League Draft. Savoie was not granted exception status and verbally committed to Denver. Savoie’s older brother, Carter, is also verbally committed to the Pioneers.

Wright is just the sixth player granted exceptional status by Hockey Canada, with the other players being John Tavares, Aaron Ekblad, Connor McDavid, Sean Day, and Joe Veleno. Tavares, Ekblad, and McDavid were all No. 1 overall picks in the OHL Entry Draft and were also the top selections again in the NHL Entry Draft. Veleno was selected in the first round by the Detroit Red Wings last June.

Minnesota natives are a relative rarity in the Bantam Draft because of the multitude of options for Minnesotans, plus a preference for the NCAA route as opposed to Canadian major juniors. The draft focuses not only on talent but also on the draftee's willingness to play in the WHL and specific needs for WHL franchises.

Last year, Gentry 15U’s Chaz Lucius was the highest Minnesotan drafted, going in the fourth round to Portland. Holy Family Catholic’s Trey Fechko was selected in the ninth round by Moose Jaw, and Chaska-Chanhassen Bantam AA standout Max Burkholder was picked by Portland in the 10th round

The EGF freshman played on the top defensive unit for the Green Wave, totaling nine goals and 28 total points. A big body with a penchant for rushing the puck and creating offense, Ausmus has verbally committed to North Dakota.

Chesley, a Mahtomedi native, is a smooth skater and is rarely caught with his head down while consistently finding teammates in transition. Despite being hampered by injuries, Chesley posted five goals and 17 points for the Sabres' 14U squad. If Chesley's statistical performance was stretched to a full season, he arguably would have been the Sabres' leading scorer among defensemen.

With size and skill to burn, Clark made a solid transition to the Bantam level after dominating in Peewees. As Clark matures and learns to use his big body more effectively with a year of checking-hockey under his belt, his hands low in the offensive zone could make him a lethal scoring threat.

Erickson has the massive frame teams crave in a goaltender and boasts one of the quickest gloves in this age group. As a member of the Great Plains "Tan Wall" tandem with counterpart Ryan Wallin, Erickson posted a record of 6-1, with a goals-against average of 1.88 and a save percentage of .915.

Fleming has opted to move on to Shattuck-St. Mary's after being one of Rochester Mayo's leading scorers as an eighth and ninth-grader, and the Sabres should welcome a center with Fleming's speed and skill. A distribution-specialist, Fleming racked up 51 assists (and 84 total points) in his two seasons with the Rochester Mayo varsity. 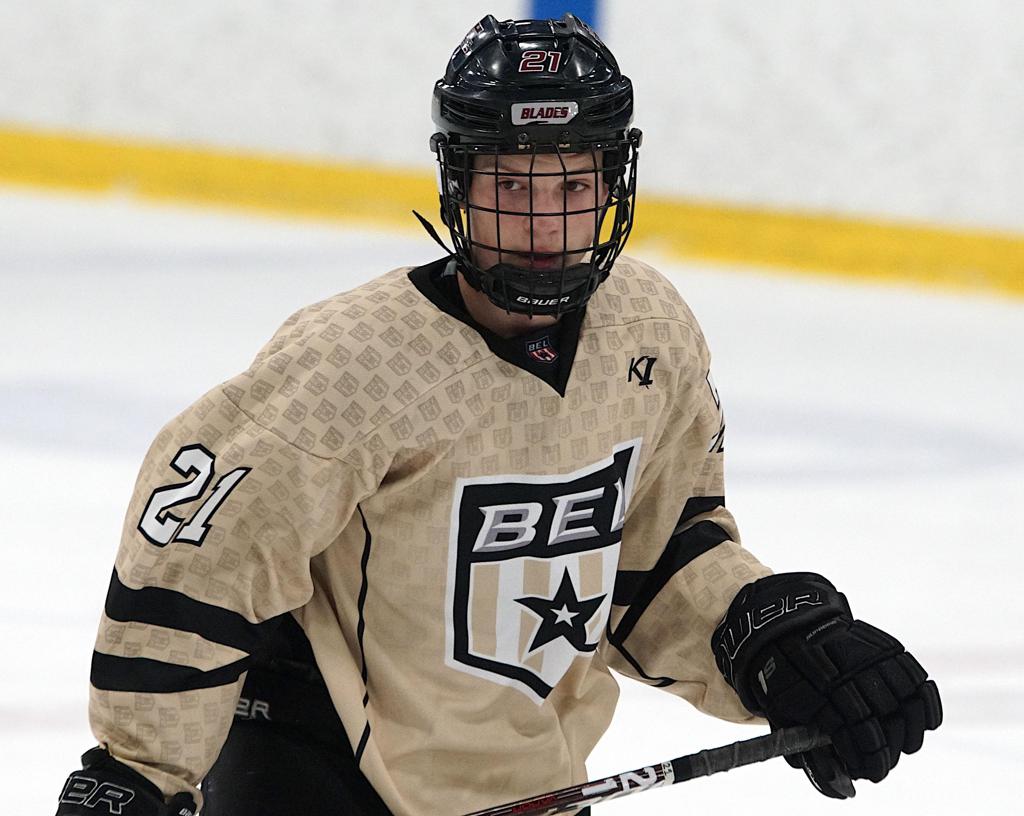 Maddox Fleming will take his talents to Faribault and suit up for Shattuck-St. Mary's for his sophomore season.

Lucius' older brother Chaz was mentioned above as one of the Minnesota natives selected in last year's WHL Bantam Draft, and the younger of the two brothers could be a late-round choice this year. Lucius is verbally committed to Minnesota and has good hands to go with excellent ice vision. Lucius has also benefited from playing in a higher age group for the bulk of his youth hockey seasons.

The wildly athletic Manz appeared in 30 games for the Sabres' 14U team this season, recording outstanding numbers. Manz went 25-5 with 11 shutouts for the Sabres, along with a goals-against average of 1.32. Manz helped the Sabres advance to the final eight teams at this spring's USA Hockey National Championships.

Just a ninth-grader, Pierre has one-and-a-half varsity seasons with the Pioneers in his repertoire, and skating against some of the best NHL Draft-eligible players in the world has helped Pierre's game. The speedster totaled four goals and 15 points for the Pioneers last season and wields an accurate shot and a quick release.

Unflappable and undeterred no matter what the score is, Snuggerud is equally effective at both ends of the ice, playing just as well on the penalty kill as on the power play. With steady hands and quick feet, Snuggerud has an element of creativity to his game that creates scoring chances out of nothing on the ice.

Among bantams, there might not be a better player than Stramel at lowering the shoulder and driving to the opponent's net. A freight-train that stands over six feet tall, Stramel has excellent lateral quickness for a power forward and is nearly impossible to move from in front of the opposition's net, a trait especially evident on the power play. 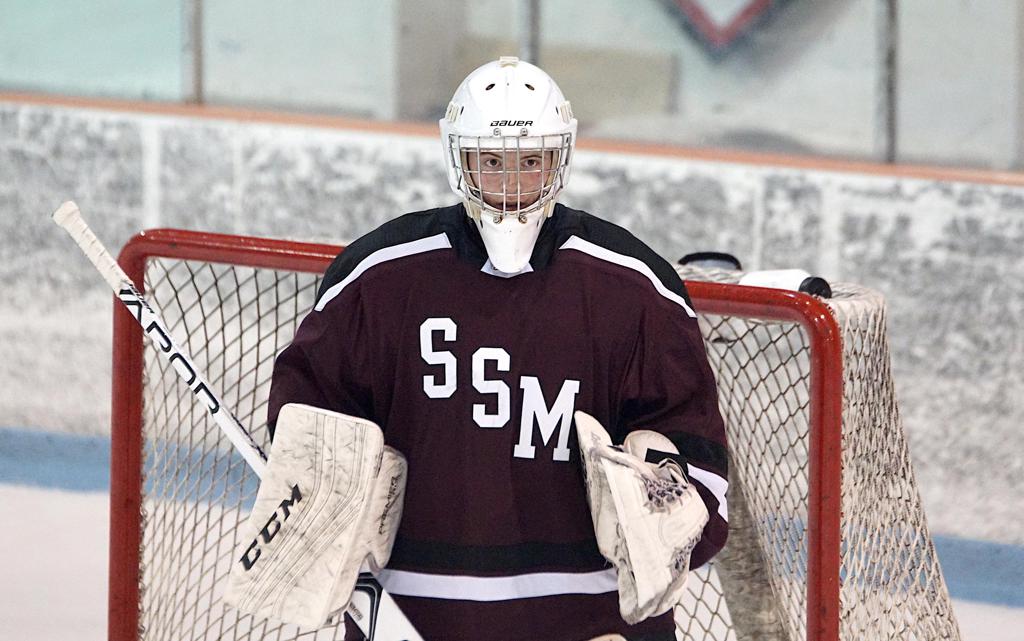 Christian Manz totaled 11 shutouts for Shattuck-St. Mary's 14U this season. 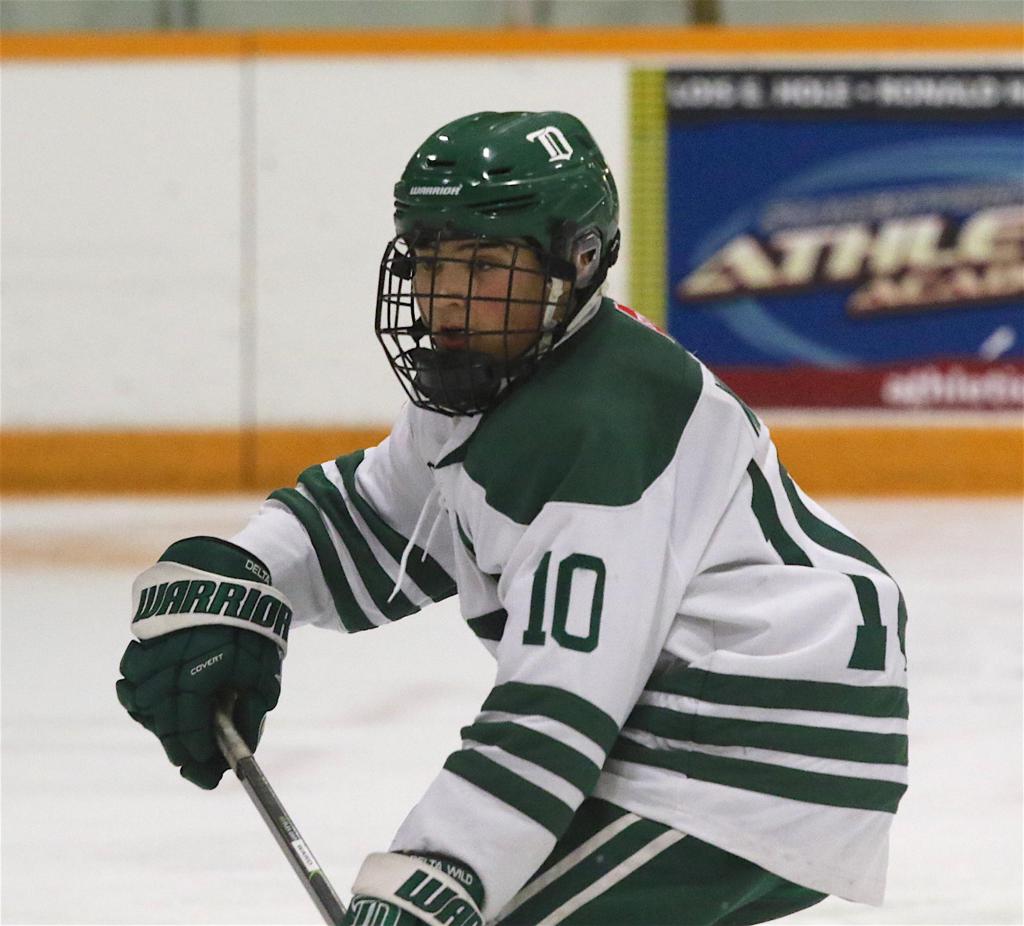