The NOW Prospects Combine ended in June, concluding the fifth year of the event's existence on the campus of the University of Minnesota and at the LumberYard three-on-three facility in Stillwater.

2019's Combine featured the usual schedule of full-ice, five-on-five games at Mariucci Arena, in which the four color-coded teams competed in four games each. This season, Team White took home the Major Division title with a thrilling 4-3 win over Major Grey, led by Luke Giuliani's two goals. Giuliani also scored the game-winning goal in the victory. Maroon took home the crown in the Minor Division, scoring three straight goals to earn a 3-2 win over Minor White. Tanner Bruender, Jordan Geike, and Gavin Anderson each scored once in the win for Minor Maroon.

In addition to skating on the home ice of the Golden Gophers, players competed in a series of Ultimate Football (a hybrid of rugby and Ultimate Frisbee) games at TCF Bank Stadium, Minnesota's home football stadium. Between athletic competitions, participants took in speakers, film sessions, and took part in a scavenger hunt that encompassed the entire 3M Arena at Mariucci building.

In Stillwater, players skated in a handful of three-on-three games and executed team-building activities off the ice. The players also tested their speed, explosiveness, strength, and more during the Combine portion of the week. The top-10 finishers in those physical activities are posted below. 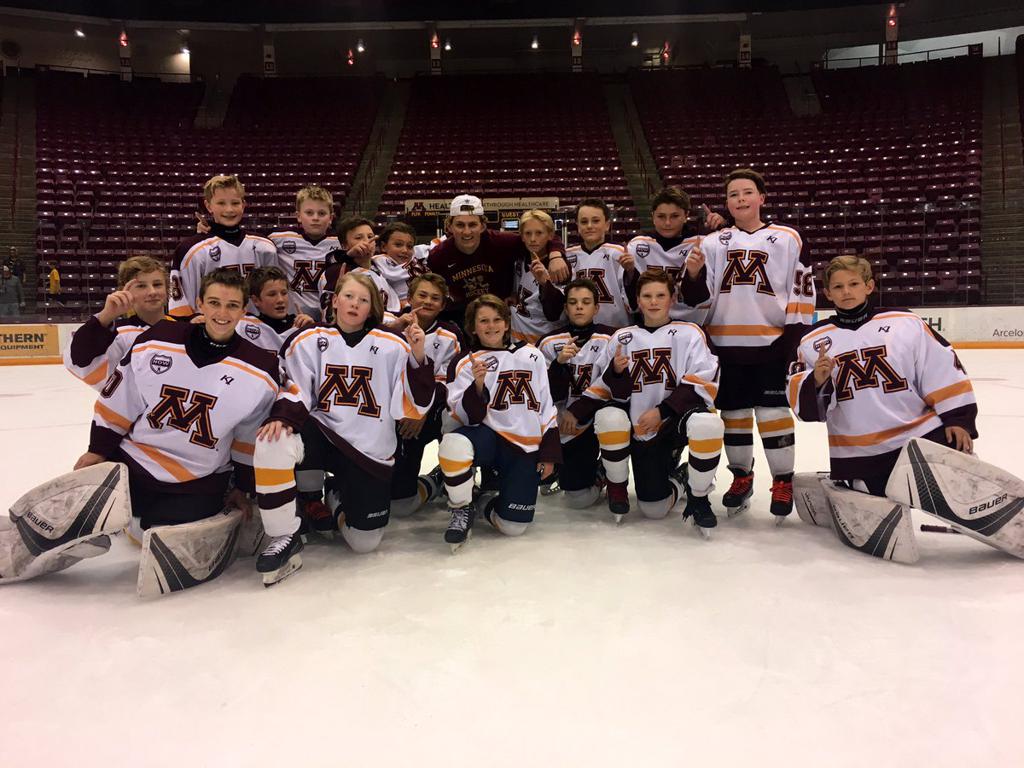 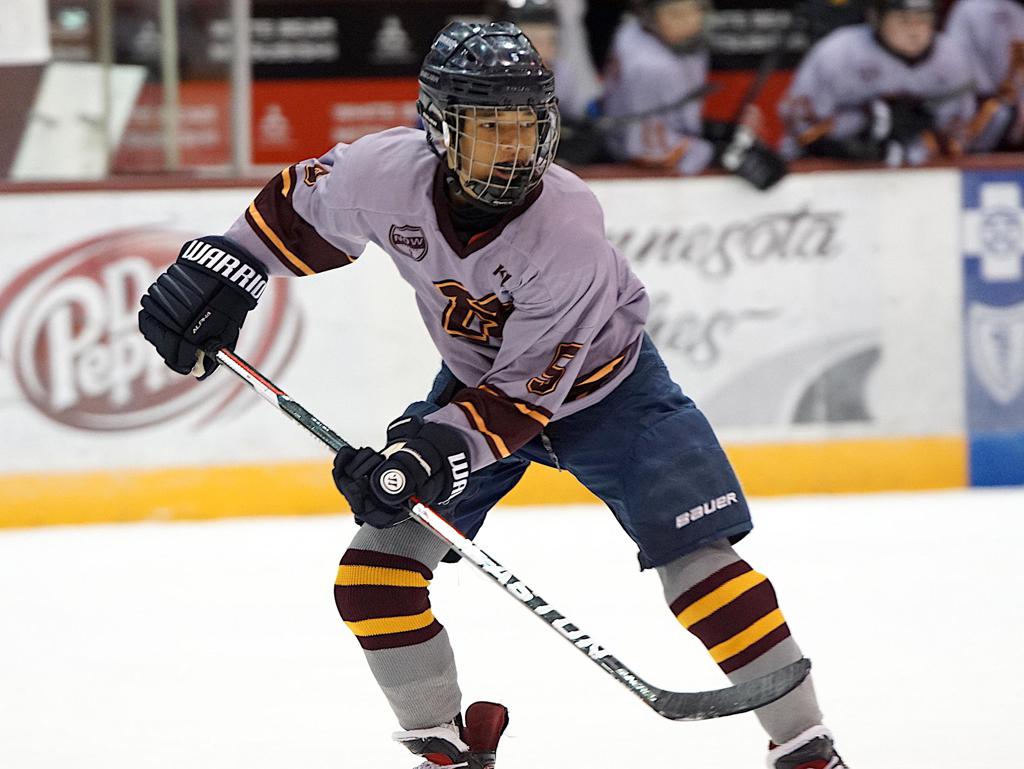 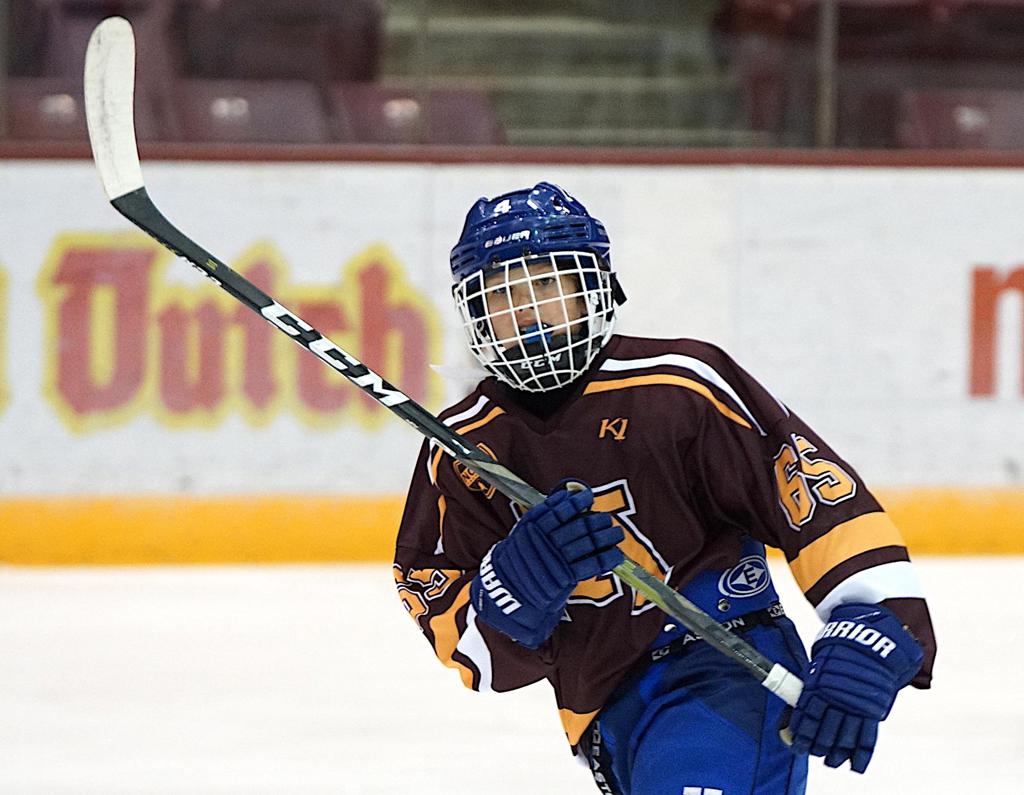 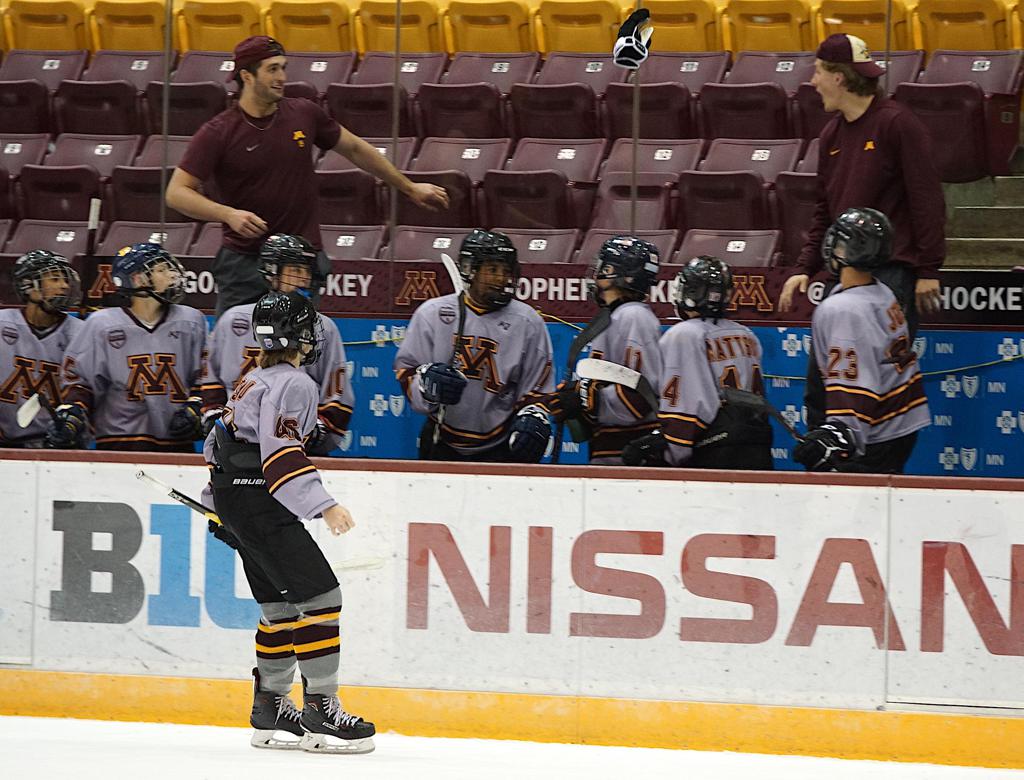 Michael Ristau of Major Grey tosses his glove into his bench to celebrate a goal during the NOW Prospects Combine in June. 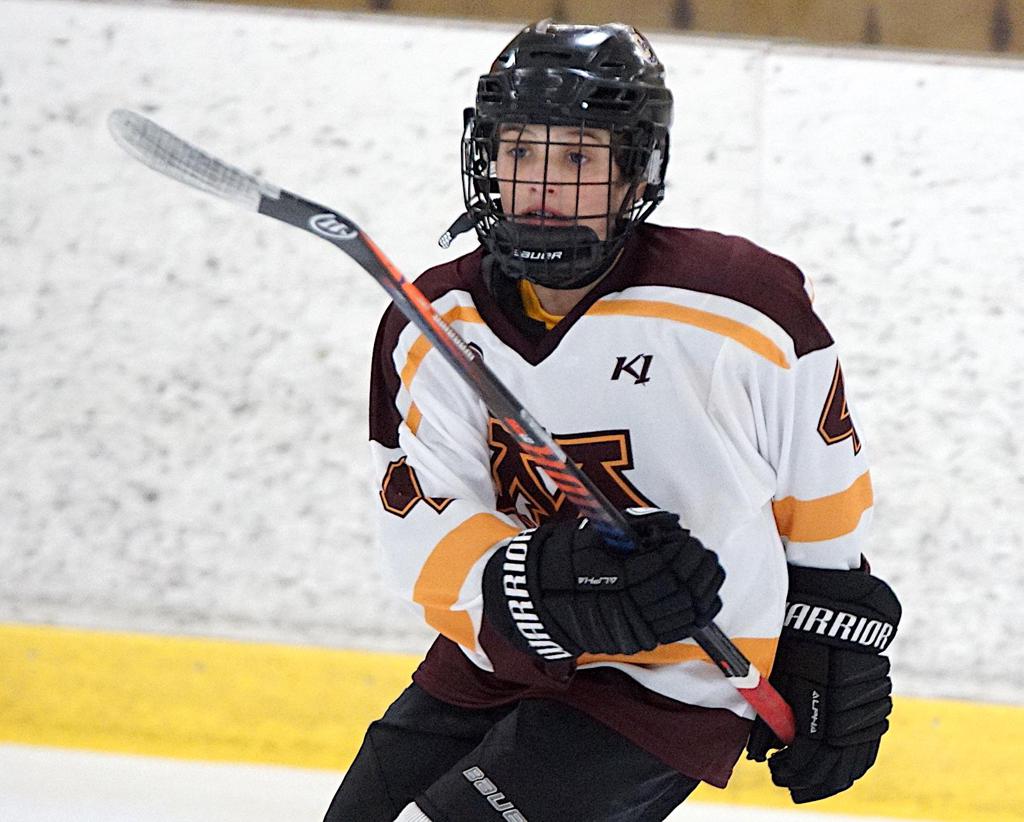 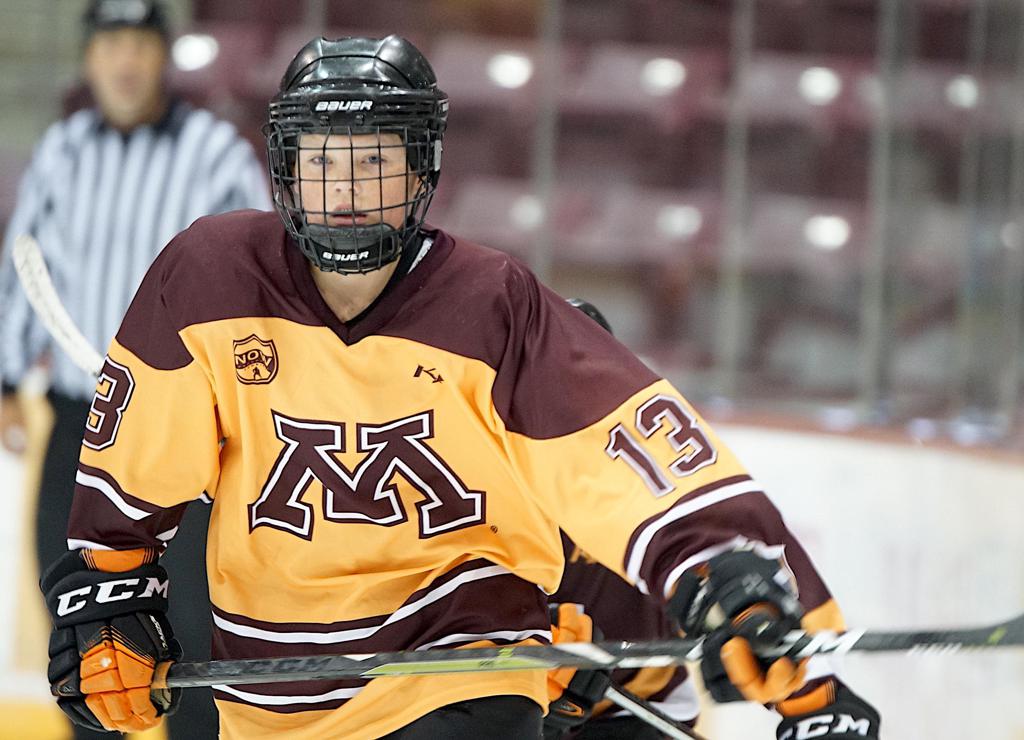