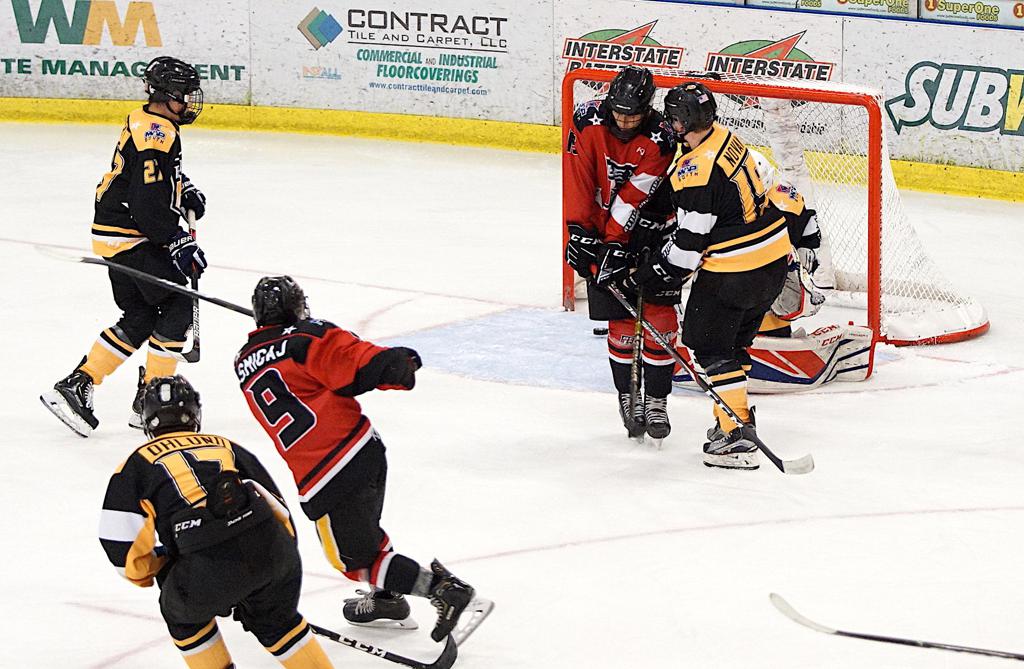 Team Wisconsin's Kade Smigaj (9) scores during the team's 3-2 win over the Bruins in Duluth.

If there were any place to cap off a stunning turnaround, the Duluth Heritage Ice Center would be the venue of choice. The exposed brick. The soft lighting. The city's hockey history that quite literally surrounds the ice sheet. These are less-than-subtle reminders that the game has been here longer than we have, and will undoubtedly outlive everyone that passes through the building. So make your mark while you're here.

Team Wisconsin went 1-11 last season in BEL competition, but last Sunday afternoon handed in its final tally for 2019. The team finished with a 7-3-2 record, earning the No. 2 seed in the upcoming BEL Playoffs. Team Wisconsin went 4-0 in Duluth, polishing off the Bruins 3-2 in a shootout to maintain perfection in the port city. Brayden Beahm and Quinn Finley powered the offense for Team Wisconsin, both totaling seven points with Beahm scoring five goals and Finley adding two scores. Finley currently ranks as the third-leading scorer in the league behind Kings duo Landen Gunderson and Gavyn Thoreson with 13 goals and 25 points.

In keeping with the shootout theme, the best game of the weekend featured Team North Dakota edging the Bolts 3-2 in a shootout. Team North Dakota's Nolan Nenow scored the game-winning goal with his best Pavel Datsyuk impression.

To add to the drama, Team North Dakota tailed late before Dawson McCann tied the game with less than three minutes remaining in regulation to force the shootout. The win gave Team North Dakota its third straight win to end the weekend on a high note heading into playoffs. 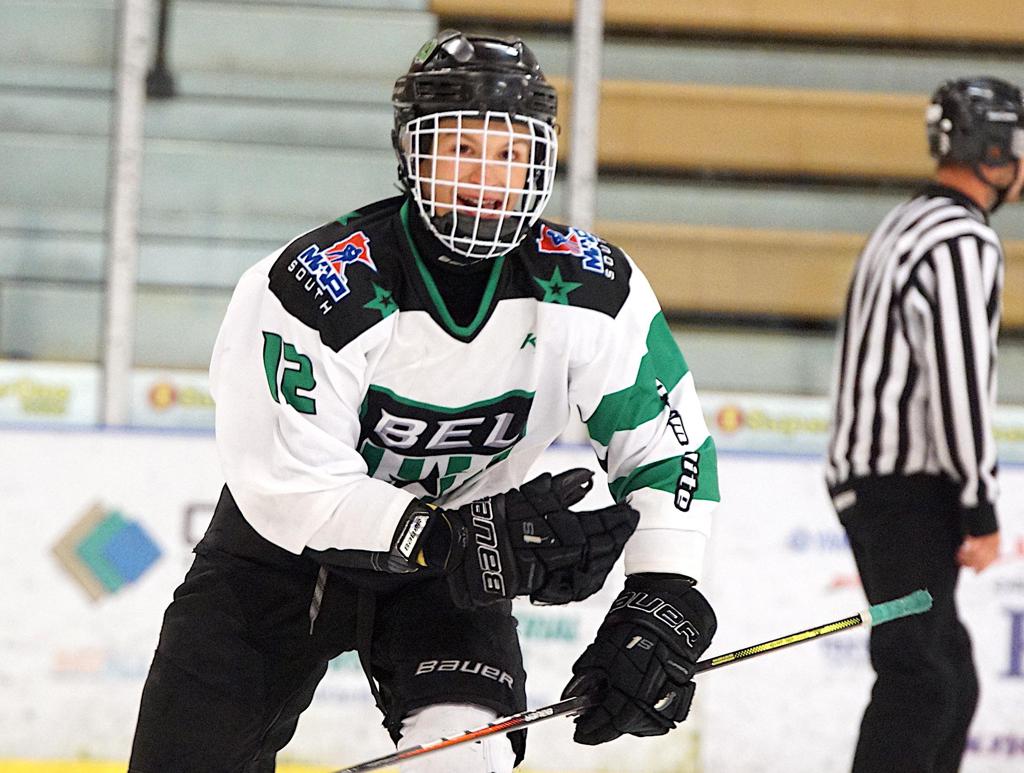 Nolan Nenow of Team North Dakota scored the game-winning goal in the team's 3-2 shootout win over the Bolts.

Second-Best Team of the Weekend

Also making a case for the best team of the weekend, the North Stars won three of four, taking the top seed for the playoffs due to a tiebreaker with Team Wisconsin. The North Stars proved to be one of the most balanced teams in the league, with four players totaling four points for the weekend. Max Roby and Wyatt Carlson each scored three times and added an assist, while Zam Plante and Tory Lund scored once and helped on three goals for their four-point totals. The North Stars have scored at least four goals in every game but one this season, and own the best goal differential (+19) in the league.

A Hunk of Burning Goalie Love

While the BEL generally lends itself to sparkling offensive numbers, the amount of quality goaltending in the league cannot be overlooked. Team Wisconsin goaltender Michael Bashaw put up a save percentage of .960 while only allowing two goals in four games, posting perfect halves of play in back-to-back games in Duluth. Bashaw has not allowed more than one goal in a single half in four games.

Even with a stellar defensive core in front of them, Myles Gunderson and Will Ingemann of the North Stars have made a solid case for the title of "Best Tandem" between the pipes. The pair combined for a 3-1 record last weekend while recording a save percentage of .942, stopping 97 of 103 shots against quality competition. The players rank right next to each other in goals-against average for the entire league, with Gunderson sixth (2.91) and Ingemann seventh (3.08). 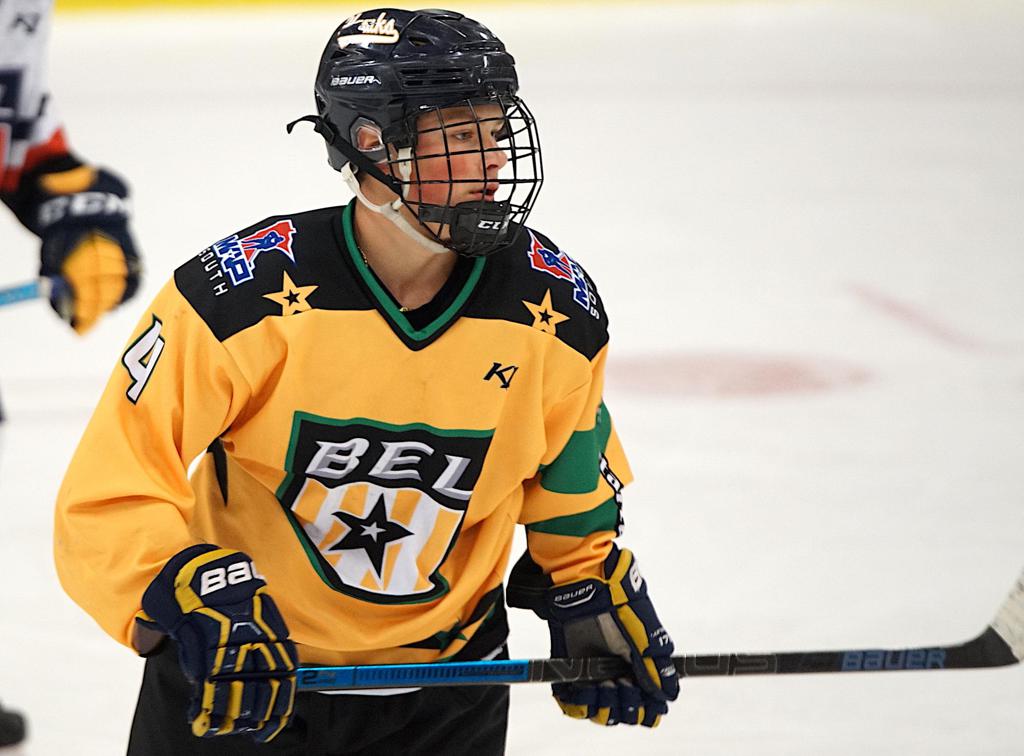 Wyatt Carlson of the North Stars is the top-scoring defenseman in the BEL with six goals and 11 points.

Granted, the Rangers have won one game in 11 tries. They've been outscored 73-31 in that span. But let's go deeper. The Rangers have lost three of their games by two goals or less, and have only been shut out twice this season. Both numbers are admirable for a team that sees a different lineup virtually every time they step on the ice, not to mention the fact that the team is populated by players a full year younger than their BEL Major counterparts.

Over the weekend, forward Drew Pitts and goaltender Cole Kloek, both Minneapolis products, impressed for the Rangers. Pitts netted a hat-trick for the Rangers in their 6-3 loss to the Bolts, while Kloek saw the most shots of any goaltender with 126. In the weekend finale against the North Stars, Kloek stopped 46 of 52 shots in a 6-0 loss that could have been much more significant.

March of the Penguins

With Carter Krenke and Eli Miller atop the Penguins' scoring leaders with 18 and 17 points respectively, speedy forward Cooper Conway has quietly piled up 16 points on eight goals and eight assists for the Pens. Conway turned out to be the leading scorer for the Penguins during their 1-2 stretch in Duluth, scoring two goals and dished out three assists for five total points. 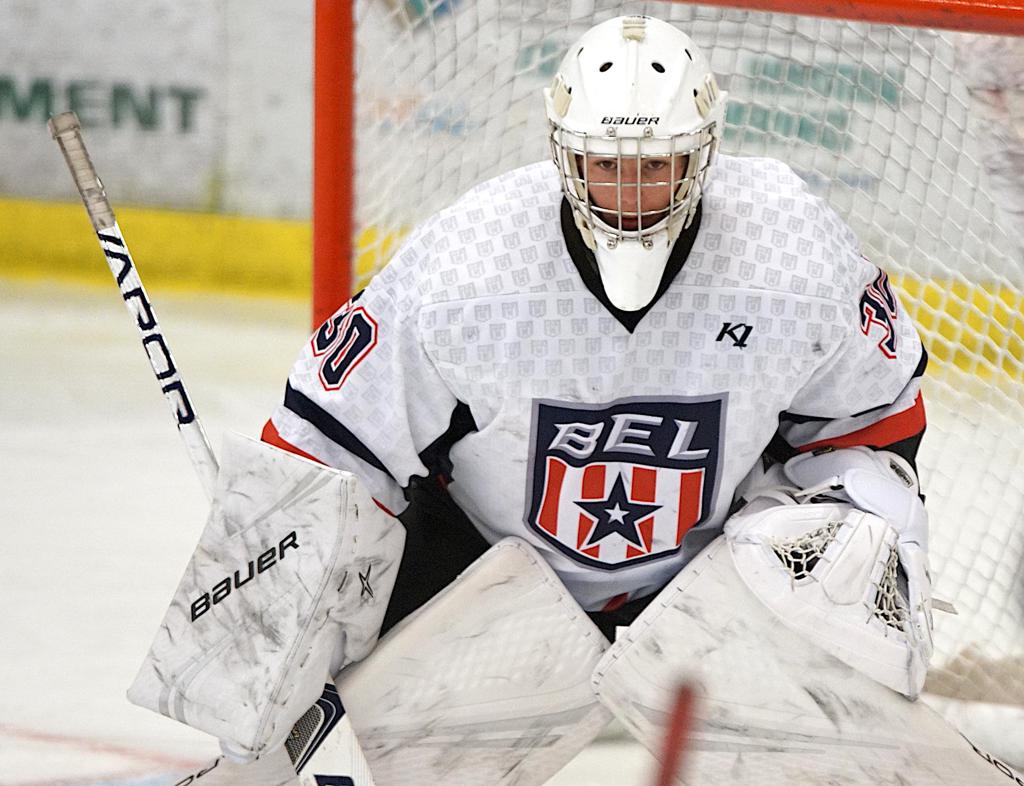 Cole Kloek stopped 46 of 52 shots in last Sunday's loss to the North Stars.