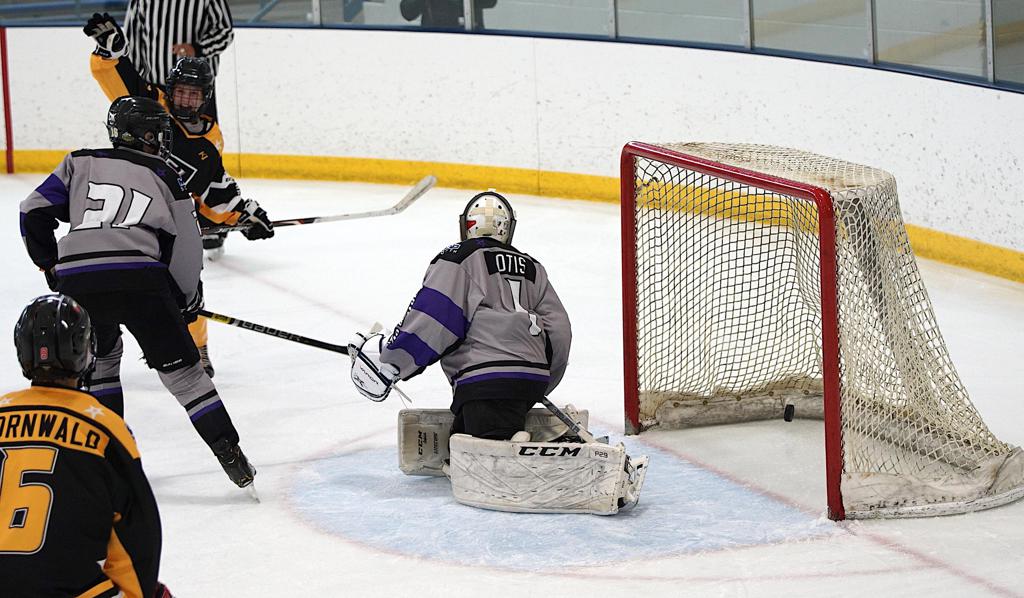 Michael Risteau scores for the Bruins in Sunday's loss to the Kings.

North Dakota rebounded from an opening loss with a pair of wins to end the weekend at 2-2, including a 6-2 win over Wisconsin on Sunday morning. North Dakota got off to a fast start in the victory, scoring four times in the first half. Jake Verwest, Charlie Kalkbrener, Zach Boren, and Evan Panzer led the initial charge with one goal each in the first. Brooks Siemens and Brody Kendall notched goals early in the second frame, but Wisconsin managed to tack on two scores before the final buzzer. Scoring for Wisconsin were Talan Black and Junior Podein.

A wild game two concluded with the Sharks defeating the North Stars 7-4 behind two goals and an assist from Aidan Siegfried. Siegfried scored the final goal of the first half, putting the cap on a segment of play that included seven goals between the two teams. In addition to Siegfried’s two goals, Tommy Kubes, Connor Crowley, Easton Swift, Joel Hanson, and Ryan Madigan all scored once for the Sharks. Dallas Vieau led the North Stars with two goals, with Gavin Jensen and Noah Urness chipping in one score each.

The Bruins rallied late in the second half but were unable to catch the Kings in the final game of the day, as the Royals pulled out a 5-3 win. Five players scored for the Kings, as Ben Miller, Ozzie Snodgrass, Zach Wooten, Lucas Kickhofel, and Ben Norris all notched goals. Gabe Otis turned in a solid second half for the Kings, turning away all 12 shots he faced. Andrew Saxe also stopped 12 of 13 shots in the first half for the victors. Dylan Vornwald, Preston Holmes, and Michael Risteau each scored once in the loss for the Bruins. 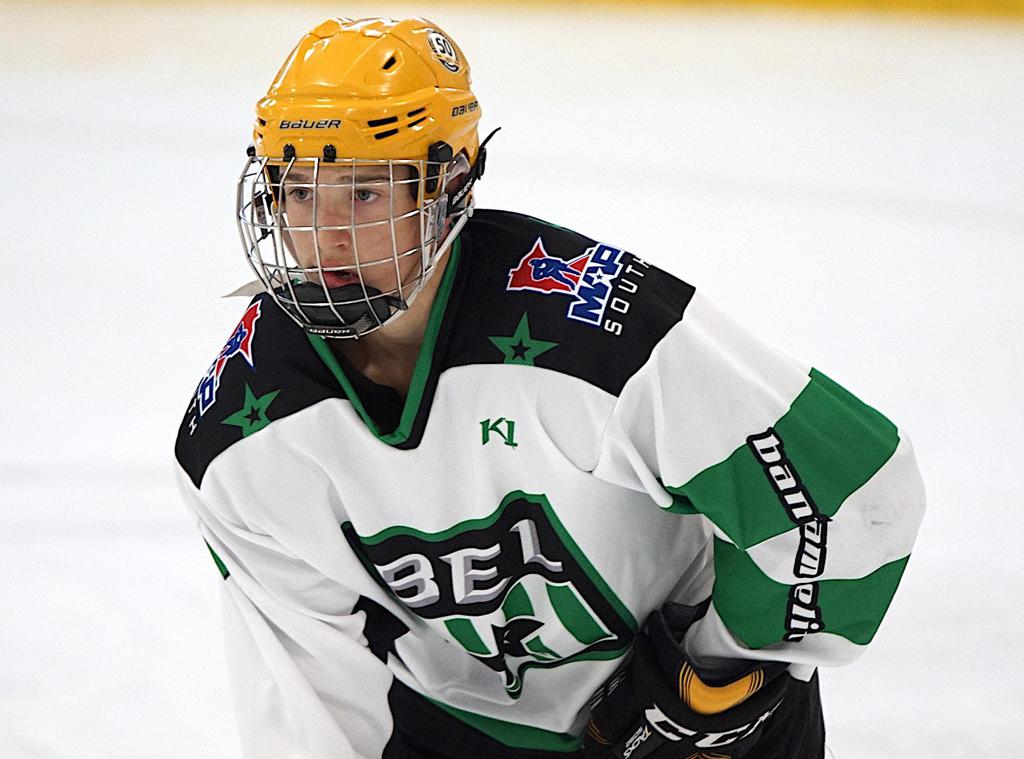 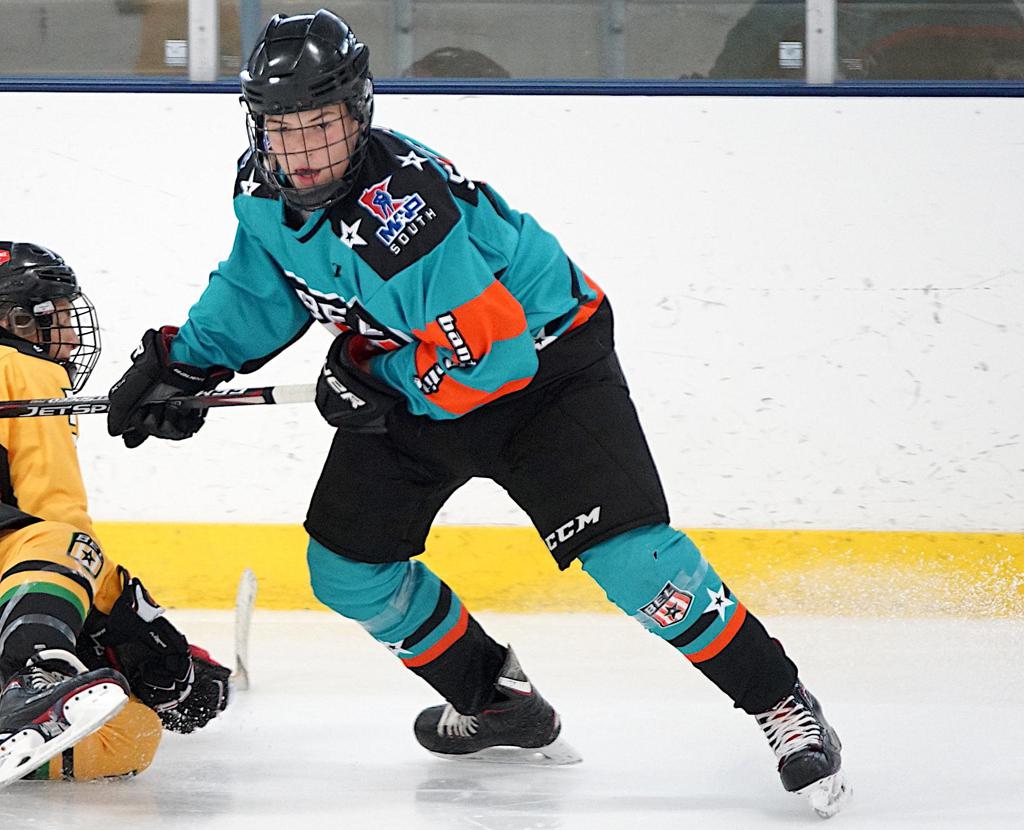 Aidan Siegfried of the Sharks finished with two goals and an assist in Sunday morning's win over the North Stars. 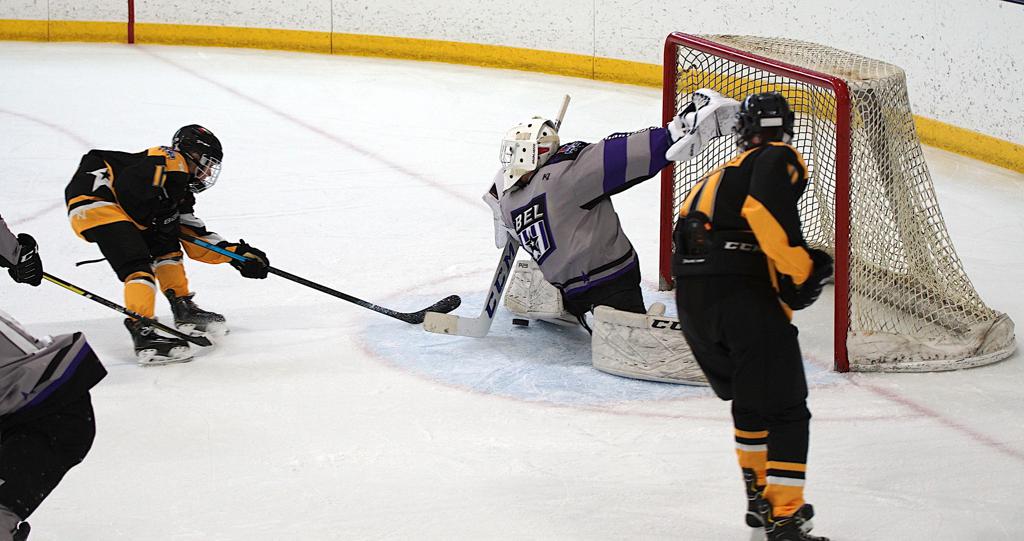 Gabe Otis makes a sprawling save for the Kings to preserve Sunday's win over the Bruins.