Youth Hockey Hub is proud to present the 2019 All-BEL First and Second Teams. 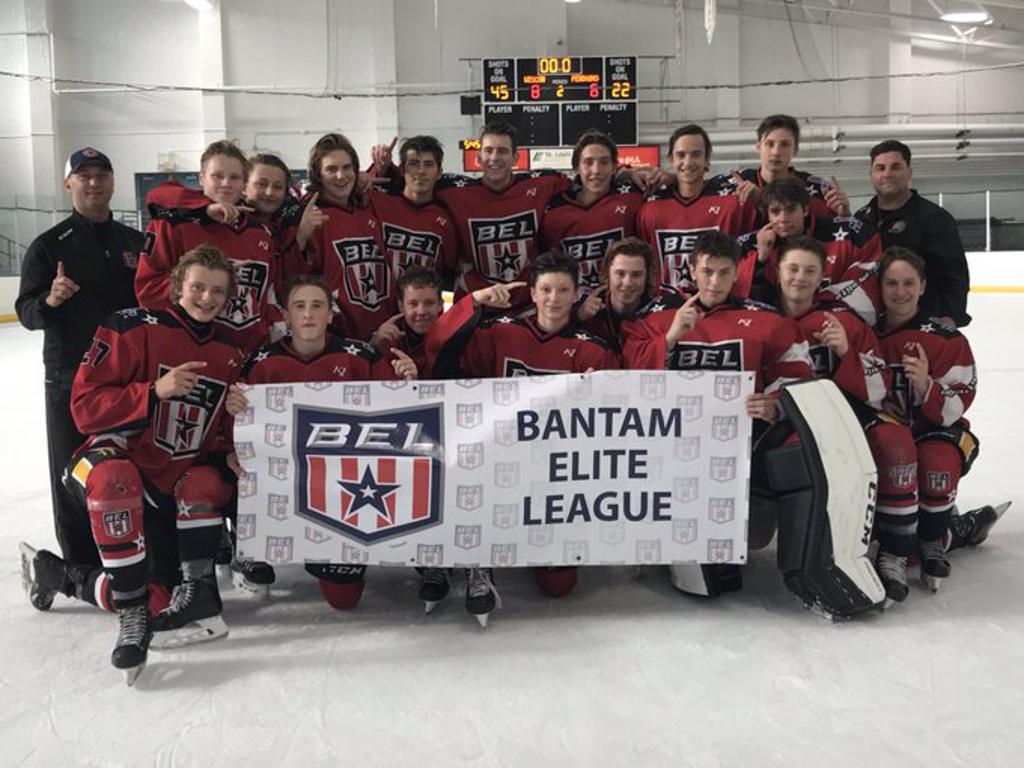 Team Wisconsin captured the Bantam Elite League Major Division title with an 8-6 win over the Penguins on Aug. 24.

A little over a year ago, Quinn Finley concluded his first season in the Bantam Elite League with four goals and seven points, picking up nearly half of his scoring total in the final game of Team Wisconsin’s season. The Wisconsin group concluded last year’s BEL slate in last place.

Fast forward to August 24 of this year.

With the sun beating through the windows of the St. Louis Park Recreation Center, Finley is being interviewed as the Bantam Elite League’s Most Valuable Player after leading his team to the playoff championship.

Finley’s evolution as a player cannot be understated, as the crafty forward racked up 16 goals and 35 total points to pace the BEL champions while adding speed and skill in all areas of his game. The Suamico, Wis. native was one of the quickest players in the league, combining fast-twitch movements with a lethal shot throughout the BEL season.

With Finley named Most Valuable Player, Youth Hockey Hub is proud to present the 2019 All-Bantam Elite League First and Second teams. Selections were made based on staff observations and coach and game official recommendations. 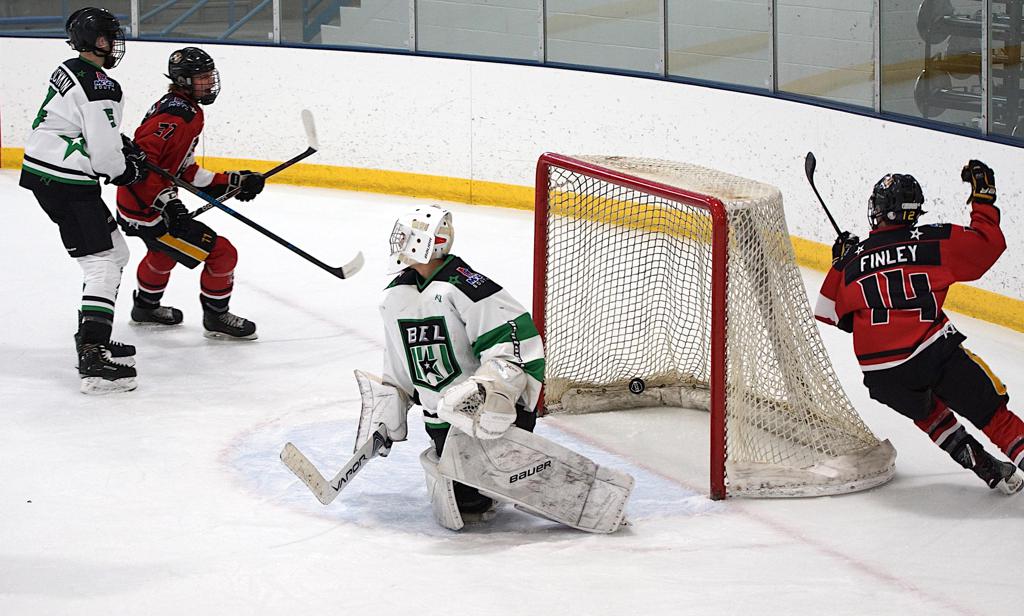 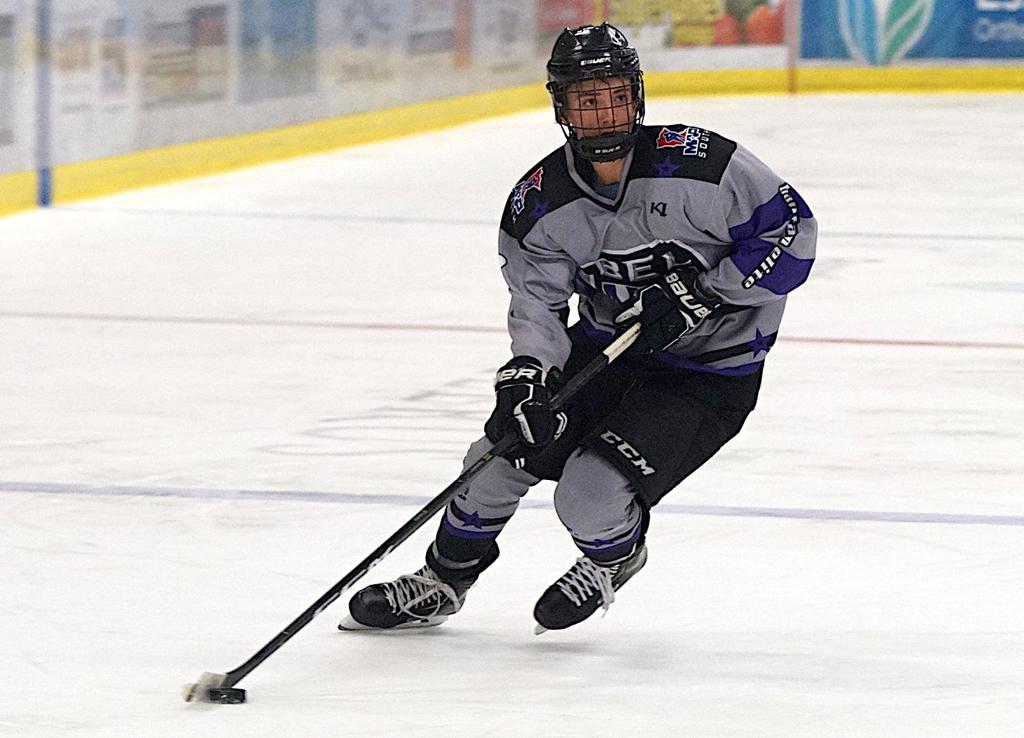 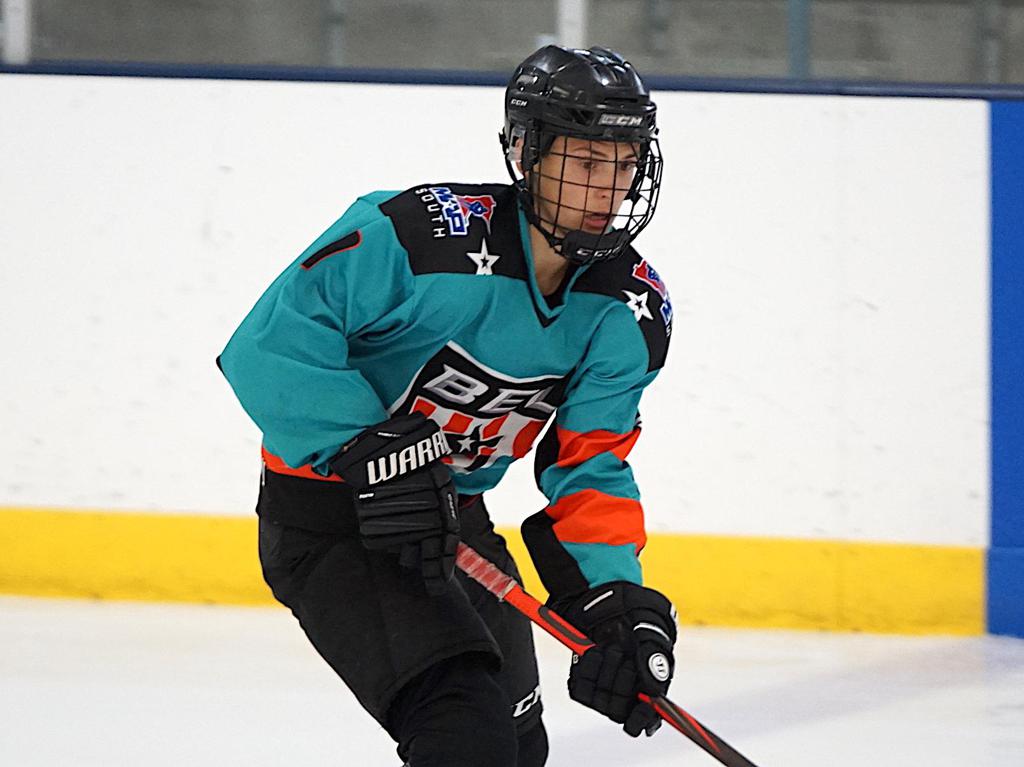 Jimmy Clark of the Sharks racked up 11 goals and 23 points in 12 games.

The diminutive Doll, a forward from Lakeville, was a consistent contributor for the Bolts. Doll skated in all 14 games, totaling four goals and 10 points during the BEL season while tallying two or more points in three games. That stretch included a one-goal, two-assist performance in the Bolts’ upset win over the eventual runner-up Penguins.

Konik was one of the few constants on a team that dealt with a new lineup virtually every time it took the ice. A force along the boards and a physical presence on the defensive side of the puck, Konik’s grit and guts helped him five goals and nine total points for the Bruins.

Skuza’s nameplate for the back of his jersey was a late arrival, prompting the YHH staff to gamble on when it would show up. With a blank space between his shoulder blades, Skuza quietly piled up five goals and 14 points behind league-leaders Landen Gunderson and Gavyn Thoreson. Skuza had at least one point in streaks of four straight games and three consecutive games during the season.

Maybe it’s Reynolds’s fast feet that cause casual observers to be mildly surprised at his point total. A lightning bolt on skates, the Grand Forks native registered five goals and 10 points for North Dakota. Reynolds may have saved his best performance for last with two goals in an upset win over the Sharks in the quarterfinal round of the playoffs.

Abe Carlson and Aaron Rerierson recorded 10 and nine points respectively for the North Stars, but the lynchpin of the Moorhead forward trio could be Ness, who centered one of the league’s most productive lines. Ness’s ability to consistently win face-offs and create scoring opportunities low in the offensive zone should pay massive dividends for the Moorhead Bantam AA team this coming season. 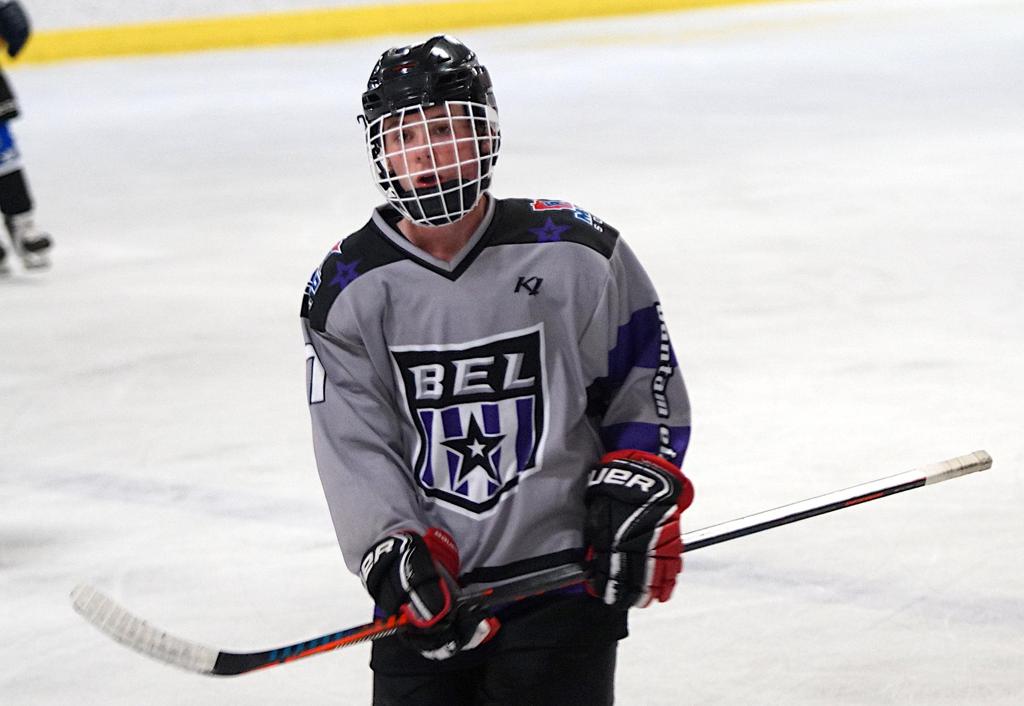 Riley Suza of the Kings impressed during the BEL season - even without a nameplate.

Sometimes mistaken for a defenseman, Schmidt would be among the leaders for the Bantam Elite League’s Selke Trophy if such an award existed. A powerful skater who can play physically at both ends of the rink, the Elko product tallied three goals and seven points for the Penguins.

Hailing from Dassel, Minnesota, Hanson’s reach and relentless play helped spark the Sharks on a handful of occasions when the bench’s energy may have been lacking. The defensemen earned at least one point in seven different games and finished with a respectable stat line of four goals and five assists.

With just seven games under this belt for the BEL season, how could Hunter make so much of an impact? By averaging a point-per-game, that’s how. After returning from injury, the high-flying Hunter scored the game-winning goal in a shootout win during his first weekend with Wisconsin. Hunter would go on to total two goals and five points during the playoffs en route to the BEL title.

All three players listed spent time with multiple teams during August, skating primarily with the Rangers. The Rangers were a rotating cast of players, often under-agers, that took their lumps against the rest of the BEL field. Bischoff played eight games with the Rangers and four with the Bruins, totaling two goals and four total points.

Pitts also played a pair of games for the shorthanded Bruins, chipping in two assists in his games with the black-and-gold. With the Rangers, Pitts netted a hat-trick in a 6-3 loss to the Bolts while adding three assists in his other games, finishing with six points.

Kloek, Pitts’s Minneapolis counterpart drew the unenviable task of backstopping the Rangers and did so with aplomb. Kloek stopped 181 of 212 shots in 250 minutes of work, and turned in an admirable performance in Duluth with 46 saves on 52 shots in a loss to the North Stars. 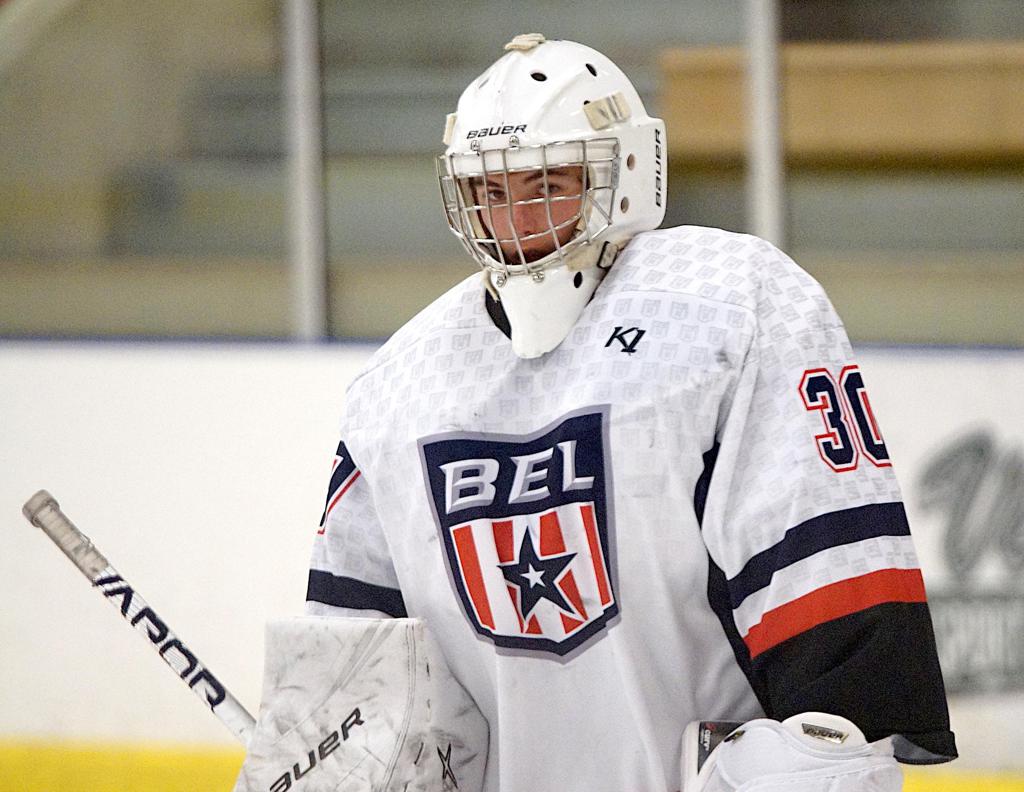