The all-tournament teams are selected through a process of staff and game official observations and coach recommendations.

Former Pittsburgh Steeler Franco Harris has nothing on Gavin McNeil.

With time running out in the Boys Major championship, Richfield's Gavin McNeil strong-armed a shot in the general direction of the Ramsey net. McNeil's attempt clashed with the stick of a Ramsey defender, sending the puck into the air, charting a course for the Ramsey net.

To the Ramsey goaltender's credit, there may have been two people in the Bloomington Ice Garden who had any idea where the puck was. The disc repeatedly flipped, losing steam on its travel through the air. With one final rotation, the puck found a home in the back of the Ramsey net, tying the game with just nine seconds remaining in the third period. Richfield would go on to win the game in overtime.

McNeil's goal was one of the countless moments that made the 2019 Peewee Challenge a special event for all involved, and with the announcement of this year's all-tournament team, all eyes shift toward 2020.

The Peewee Challenge All-Tournament team is selected based on a combination of tournament official observations and coach recommendations. 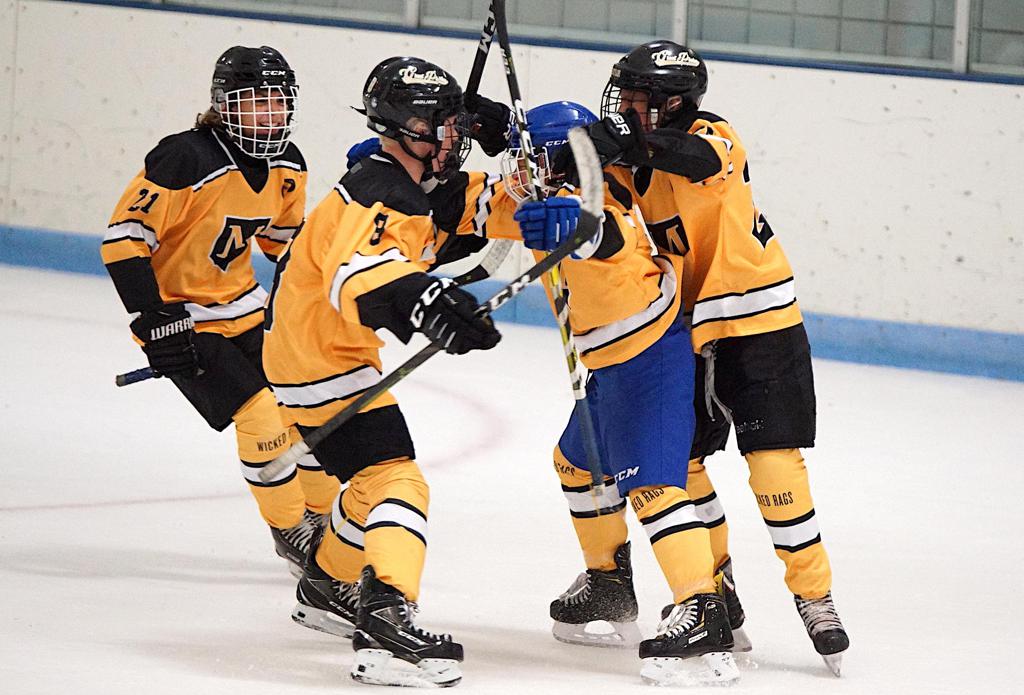 The Marshall Boys Minor team celebrates after scoring a goal during the 2019 Peewee Challenge.