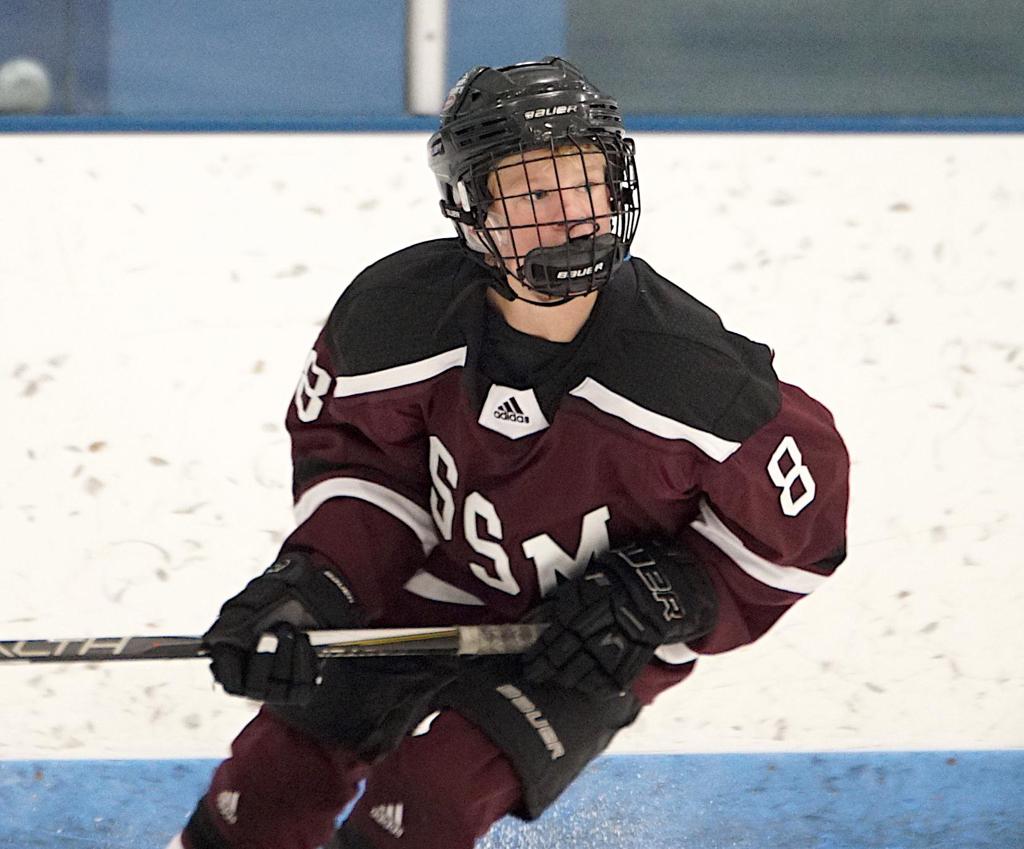 Jackson Blake played for Shattuck-St. Mary's for 27 games during the 2017-2018 season before transferring to Eden Prairie.

Eden Prairie sophomore and North Dakota verbal commit Jackson Blake's varsity eligibility has not been solidified as of Saturday at 1:30 P.M. The Eagles take the ice Saturday night against Cretin-Derham Hall.

After his eligibility was initially denied, the MSHSL is apparently still in the process of determining whether or not Blake does or does not meet any of the criteria required of a transfer student to participate in varsity athletics immediately at the transfer’s new school.

Blake enrolled as a ninth-grader in September of 2018 at Shattuck-St. Mary’s, a private school with a powerhouse hockey program that routinely competes for national championships at multiple age levels.

Blake played 27 games for the Sabres during the 2018-2019 season before choosing to return to Eden Prairie High School during Shattuck-St. Mary’s holiday break. Blake’s eligibility paperwork was turned in by the USA Hockey finalization date for youth rosters, and he played the remainder of the season with the Eden Prairie Bantam AA team.

“We have not received a response from the MSHSL yet,” Eden Prairie Head Coach Lee Smith said via text message. “As for now, Jackson will play in the JV game. We hope that changes by game time, but for now, that is our only option.”

Blake recorded 10 goals and 24 points in his 27 games with Shattuck-St. Mary’s, and totaled 16 goals and 25 points during the Upper Midwest High School Elite League season this fall. He is still able to practice with the team and play for the program’s junior varsity squad.

YHH has reached out to the Minnesota State High School League on multiple occasions regarding Blake’s eligibility, but the league cannot comment on the situation due to the Minnesota Government Data Practices Act precluding the league from providing any information relative to students.