The Cadets came back from a 3-0 deficit to edge the Raiders 4-3 in wild rivalry game. 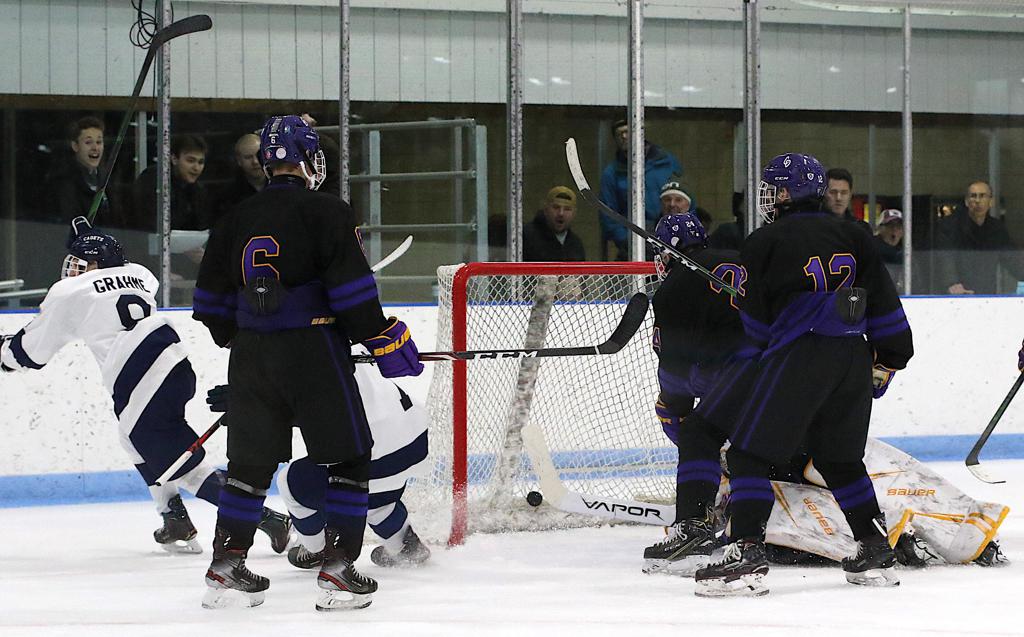 It wasn't shock or surprise that hung in the air after St. Thomas Academy erased a three-goal deficit for a 4-3 win on Friday night over Cretin-Derham Hall.

No, those emotions are reserved for moments where a team seems out of the fight. Beaten. Resigned to bitterness and second-guessing.

The Cadets were none of those things for the last half of Friday's game, hitting some imaginary switch before the start of the third period and scoring four times in 15 minutes for the victory.

"We talked about intangibles," St. Thomas Academy coach and former Lakeville North bench boss Trent Eigner said of his team's turnaround. "The things that matter at the end of the day, when you want to build a championship culture, are the intangibles," Eigner continued. "If you can find that, which we had none of in the first period, you can turn a game like that."

And turn the game the Cadets did, finding some serious mojo with a line consisting of known commodity Jarod Wright and a pair of sophomores who played bantams last season in Max Nagel and Tyler Grahme.

"Competing on fifty-fifty pucks isn't a skill," Eigner said. "It's a want and a desire, and if you look at the line that did the most damage in Jarod and Nagel and Grahme, there are two guys playing their second high school game on that line." 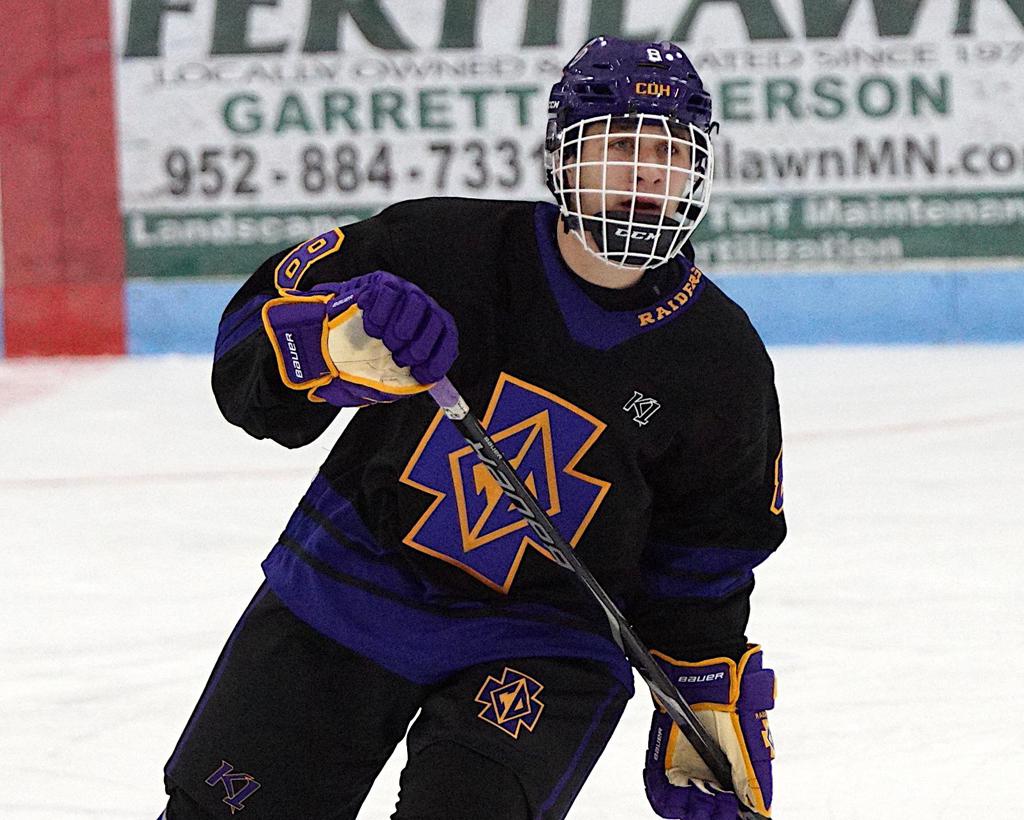 First, Nagel scored just over two minutes into the third, and then Charlie Killian pulled the Cadets within one 36 seconds later. From there, the Cadets (1-1) pressed the Raiders (0-1), routinely holding the offensive zone and batting down any and all clearing attempts.

For nearly seven minutes, the Cadets fired shots, collected their own rebounds, fed the point, and broke out of their zone cleanly, culminating in Jarod Wright beating a Cretin-Derham Hall defender and converting on a wraparound chance.

With his team and their student section in a frenzy, Eigner just hoped that his players realized that the game wasn't over.

"After we tie it, you've kinda gotta reign it in," Eigner said. "I think we kinda had them pigeon-holed after we tied it up, we were obviously carrying the play, and you just wanna stay the course."

Grahme fulfilled the Cadets' destiny with 1:46 to play, tapping home a loose puck in the Raider crease for the game-winner.

"Don't whiff. Don't mess it up," Grahme said, describing his thoughts as he saw the puck bounce from Cretin-Derham Hall goaltender Marko Belak, adding that the Cadets resolved to play tough after going down 3-0.

"We didn't play soft," Grahme said. "We shot a ton more pucks, went to the net, blocked shots. We just played hard," he continued before flashing a grin.

"That was by far the craziest game I've ever played in." 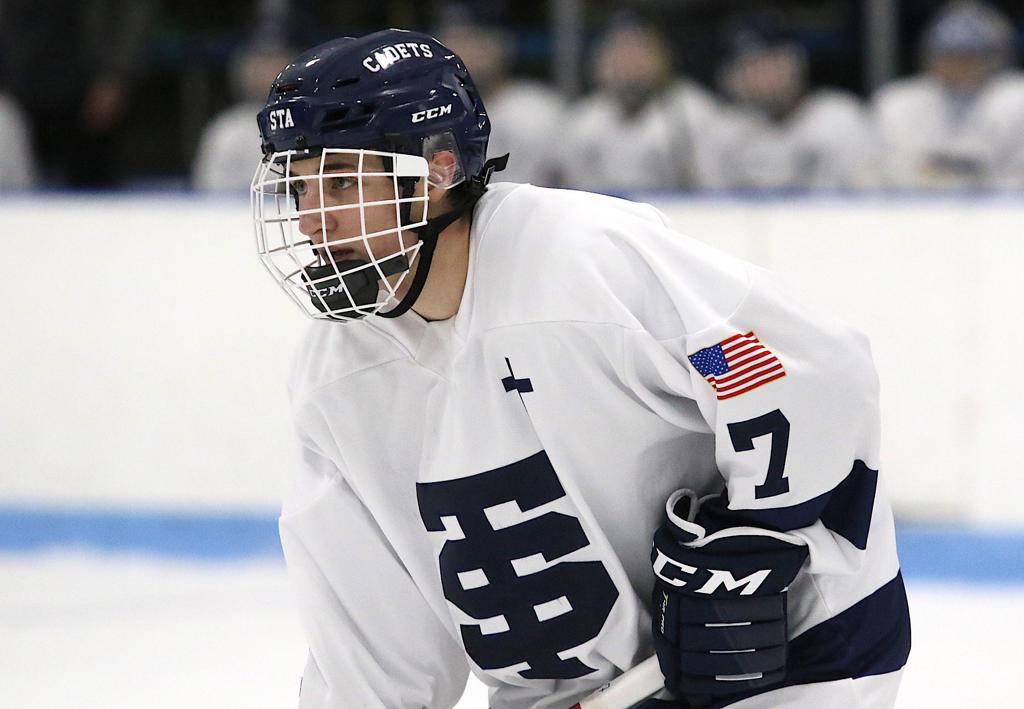 Max Nagel helped the Cadets to Friday's win with his inspired play.