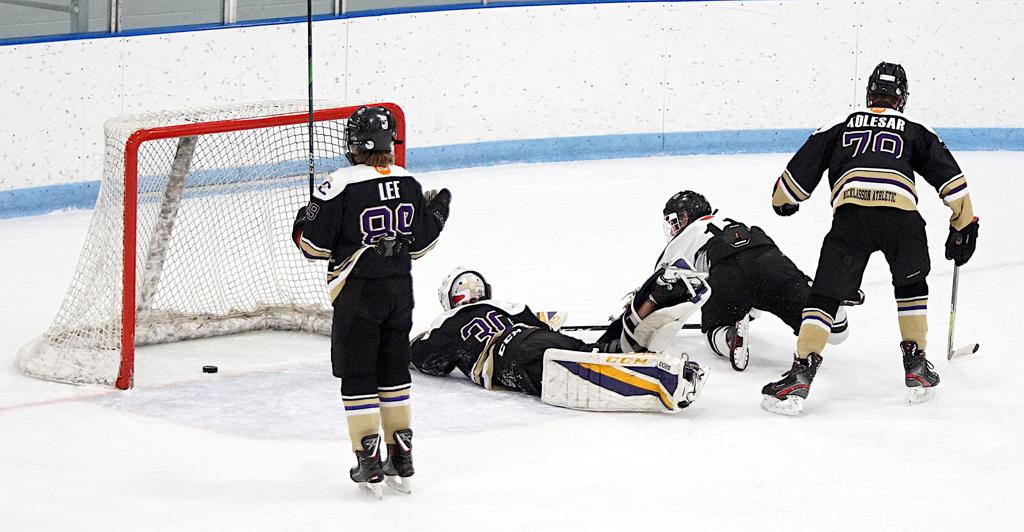 Stillwater's Cam Peltier scores while being checked during the Ponies' 4-1 championship win over Chaska-Chanhassen on Sunday.

For 36 minutes on Sunday afternoon, Mahtomedi fired on all cylinders.

The Zephyrs poured shots on the Buffalo net, moved the puck, and generally held the Bison in their own zone for the bulk of the game. Despite the puck-possession and the momentum, the first period ended without a goal, as Buffalo goaltender Aubrey Baker rejected every Mahtomedi shot thrown his way.

Mahtomedi's offense finally broke through in the second, as Cam Frattalone and Julian Cisek finally solved Baker to give the Zephyrs a 2-0 lead entering the third. Brayden Dahl pulled Buffalo within one goal of tying the game at 2-1, but the last-gasp effort by the Bison fell just short.

Mahtomedi finished the tournament with a sparkling record of 5-0 while outscoring the opposition 21-2. Buffalo went 3-2 for the tourney, posting two shutouts along the way. 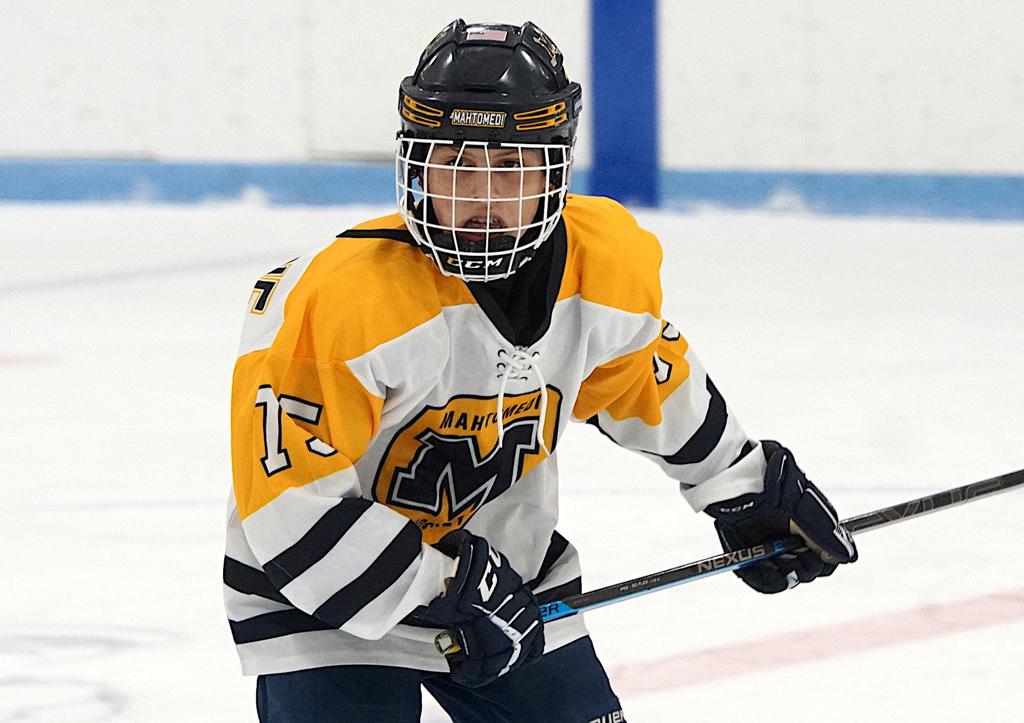 Mahtomedi's Cam Frattalone scored once in the championship game and picked up MVP honors. 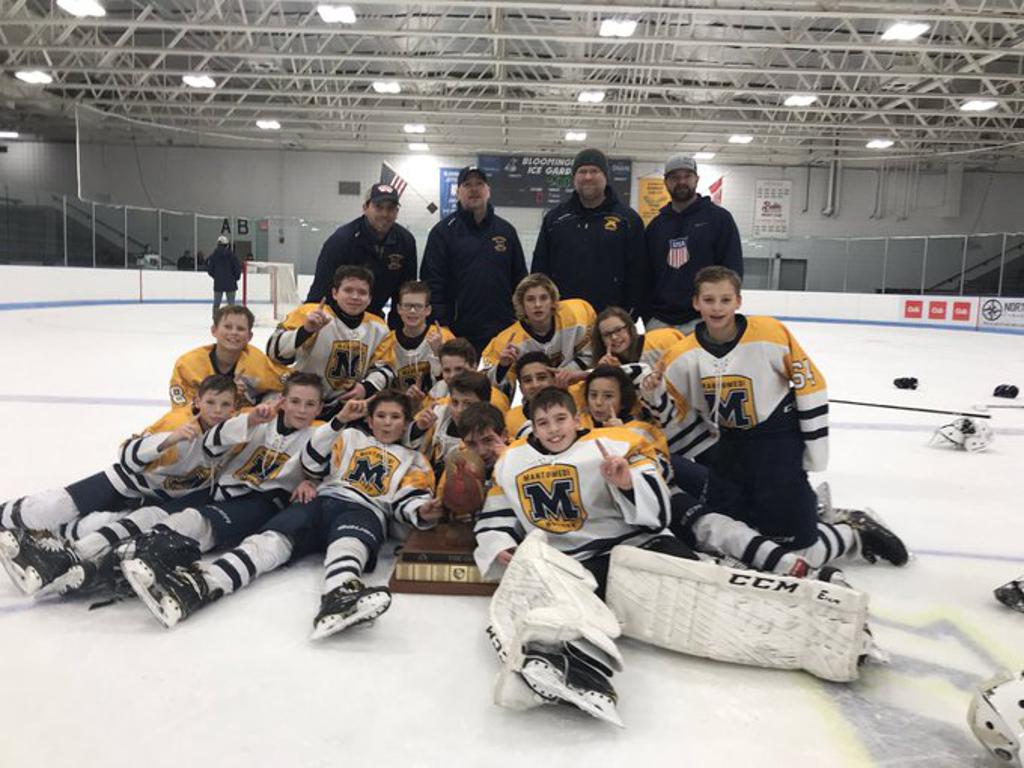 Some ponies are just meant to run free.

Stillwater broke loose in the third period of Sunday's Bantam B championship game for three goals, pulling away from Chaska-Chanhassen for a 4-1 win at Bloomington Ice Garden.

Alex Roegner scored drew first blood for the Ponies, scoring in the first period for a 1-0 lead that would stand until the third frame. In the penalty-marred third, Carson Jewett and Brody Dustin scored less than two minutes apart to extend the Ponies' lead to 3-1 in the final 5:50 of regulation.

Jared Greiner put Chaska-Chanhassen on the board with 4:32 remaining, but Cam Peltier squelched the comeback attempt with a backhand goal from low in the slot for the 4-1 final. Without scoring a goal, Stillwater forward Will Summary tilted the ice, handing out two assists in the win and providing an offensive spark every time he touched the ice.

Brody Dustin was selected as Tournament Most Valuable Player, scoring two goals and adding three assists for five points in five games for the Ponies. Stillwater goaltenders Lucas Schanno and Alex Reedy combined to allow just three goals over the course of the tourney. 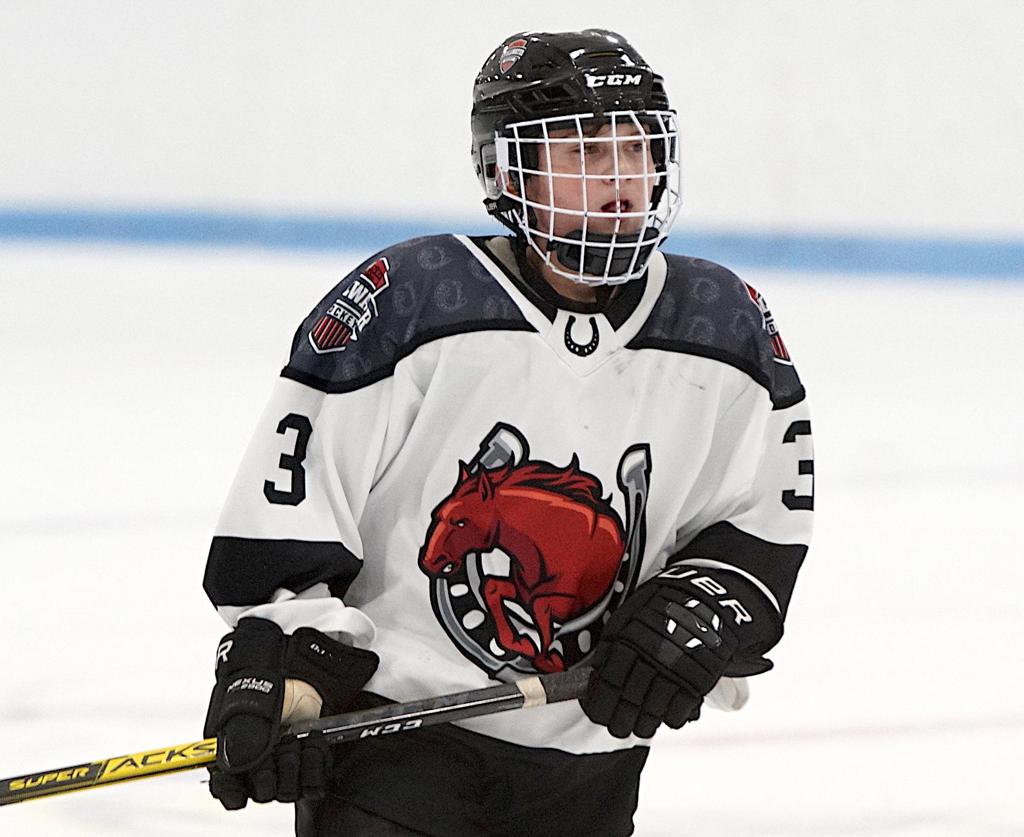 Brody Dustin of Stillwater was selected as the Bantam B tournament's MVP. 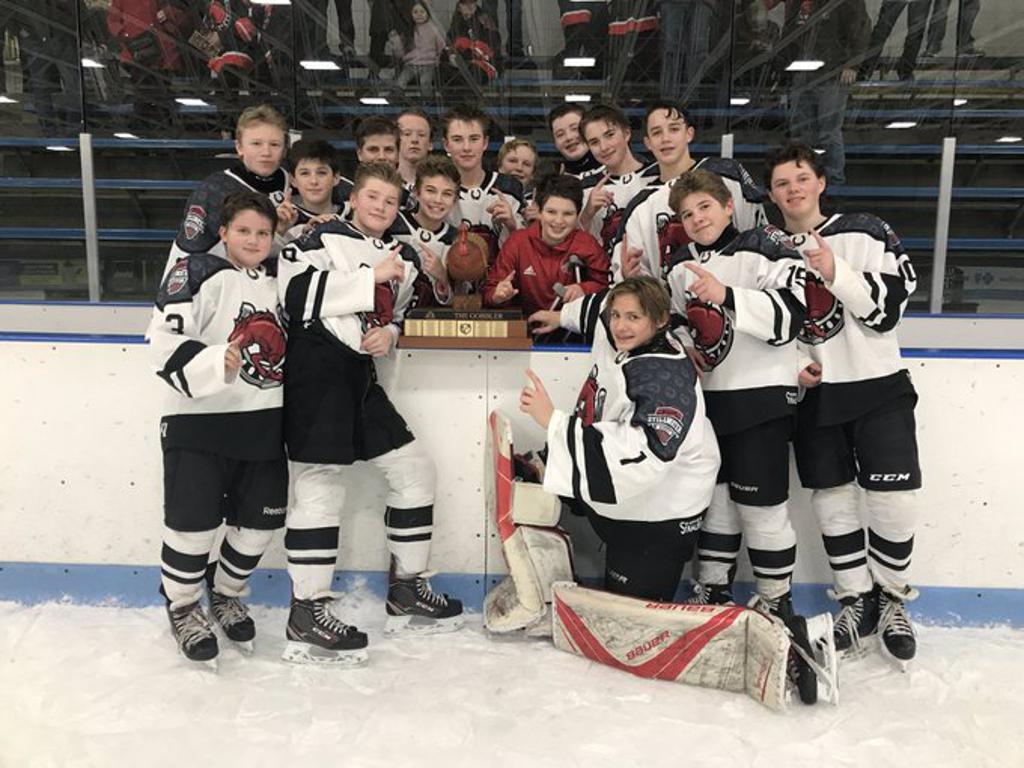