GHS: Edina proves that AA > A

The Double AA's have what it takes

Tuesday the script was much different. Whatever the smaller school would do, the big school would do much better. "This group is very competitive, when things don't go their way...they want to change those things quickly," said Edina coach Sami Reber. In this case, the three-time defending state champion Hornets had to wait a year to exact revenge on the Mustangs.

And did they ever. 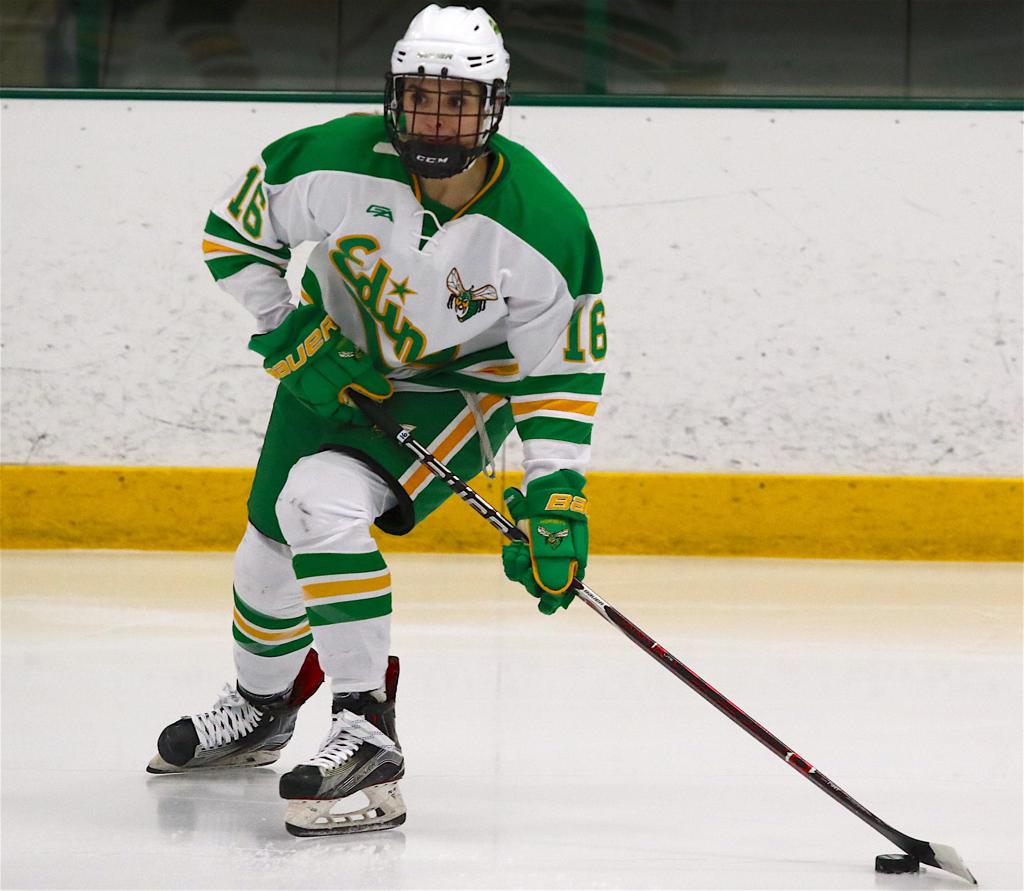 Emma Conner (Edina) did it all Tuesday for Edina - she had a goal, an assist and a handful of blocked shots

Minutes into the second, Halverson got a clean breakaway and on former Breck standout goalie Uma Corniea (Princeton commit). She faked right and missed left. "I've played a lot of hockey with Hannah (and her sister Ashley) growing up in Edina, I knew she liked going that way. I saw her looking that way and I guessed right," said Corniea after the game.

Thirty seconds later, Edina scored on a Katie Davis (UMD commit) tip in. "That was a game changer," said Reber.

After an Ava Lindsay goal (see below) to kick off the third, Edina settled down and scored three unanswered goals to even the score with Breck, 6-1. Who knows. Maybe this year, they will say, "the AA champ beat the A."

1. Big Save --> Edina Goal (Part 1) - Down 2-0, Uma Corniea stuffs a breakaway attempt by Hannah Halverson, Hornets score on next shift. "I had all the faith in her (Corniea)...she's a standout." Sami Reber, Edina Coach.

2. Ava Lindsay should make SportsCenter - it is rare that when a player from the visiting team can ignite an entire crowd. Ava Lindsay made two tow-drag moves in sequence to beat two Edina defenders and then buried a shot past red-hot Uma Corniea.

3. Big Save ---> Edina Goal (Part 2) - Up 3-1, Uma Corniea faced a two on one Breck break. At the last minute she deflected the pass off her pad away from a rebound. "I just tried to stop it first and then get a directional play to the left," said Corniea. On the same shift, the Hornets returned the favor and got a goal by Vivian Jungels to end the game.

4. Lock Down D (Holly Olson) - For a team that is averaging 5.2 goals a game, defense isn't usually a calling card. If you watch Edina closely, you will see play after play by their defensive corps that will impress you. Late in the game with the outcome in hand, Holly Olson shut down a bigger, stronger Olivia Mobley with a pretty stick on stick goal saving play. "Arguably one of my favorite plays of the entire game," said Reber after the game.

5. Back in Black - If you like AC/DC and you like their 1980 hit "Back in Black" - you were in for a treat Tuesday. The penalty box crew played BIB between whistles and neglected to turn the song off for at least a minute of on-ice play. Not the best play of the night, but for surely a memorable play. 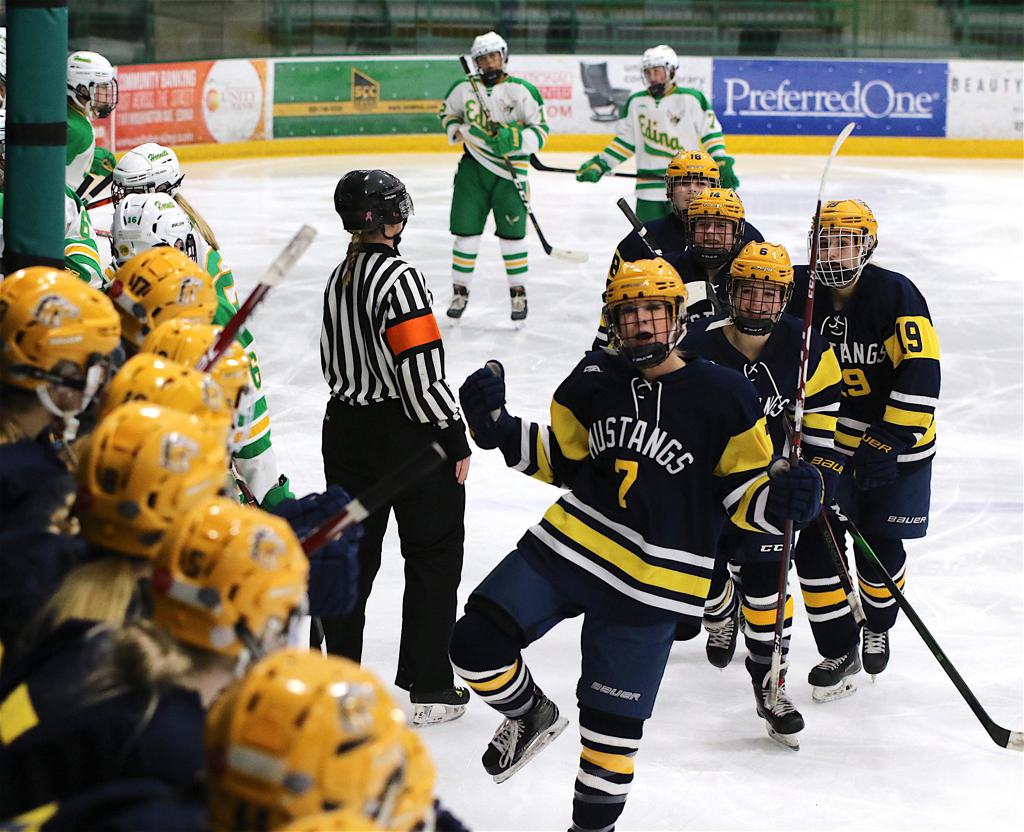 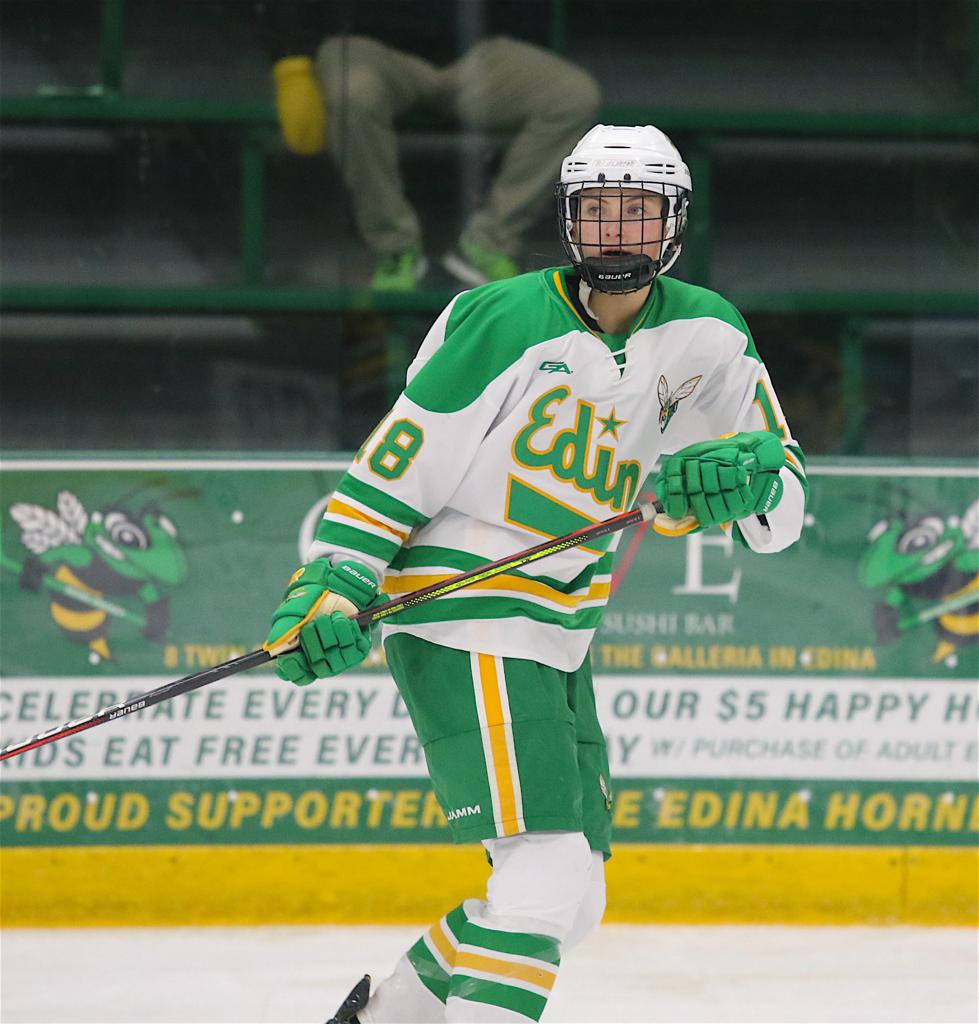