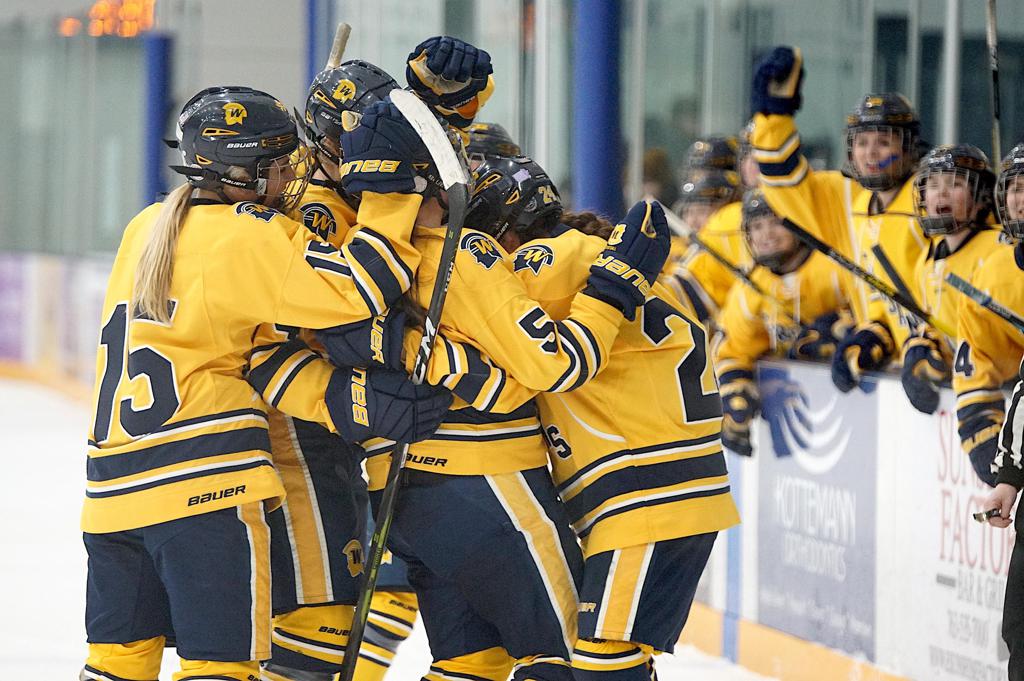 After the first period of Tuesday night’s Lake Conference bout against North Wright County, the feeling on the Wayzata girls’ hockey bench felt a lot like the first time these teams faced each other.

In that first meeting, the Riverhawks took an early lead. On Tuesday, this time on home ice, the Trojans once again found themselves playing catch-up.

“They’ve proven you need to respect them,” Wayzata head coach Taylor Williamson said of the Riverhawks. “l mean, look at the way they played Edina. They just beat Minnetonka last week. They have players that can absolutely play and score goals.”

Score the Riverhawks did in the initial stanza, with Sydney Lemke netting a pair of tallies to give North Wright County a 2-0 lead after the first 17 minutes and a stranglehold on the game’s momentum.

“In our first game against them, we gave up,” Trojans’ forward and Clarkson verbal commit Gretchen Branton said. “In this game, we decided we weren’t gonna give up, and we were gonna step up to the plate and show what Trojan hockey is.”

Sparked by a highlight-reel worthy goal by Branton, who ripped a shot past North Wright County’s Anna Larose while falling forward, the Trojans lit up the scoreboard twice in the second period and three more times in the third for a 5-2 win.

“We came out flat the first period, but the way the girls were able to respond in the second and third, that was Wayzata hockey,” Williamson said. “I’m so proud of them.”

Branton’s goal was followed by the game-tying score by Addy Hackley, the game-winner from Clarkson verbal commit Sloane Matthews, and then two goals by Sara Aadalen to ice the victory for the Trojans (11-8-1, 2-4-1). 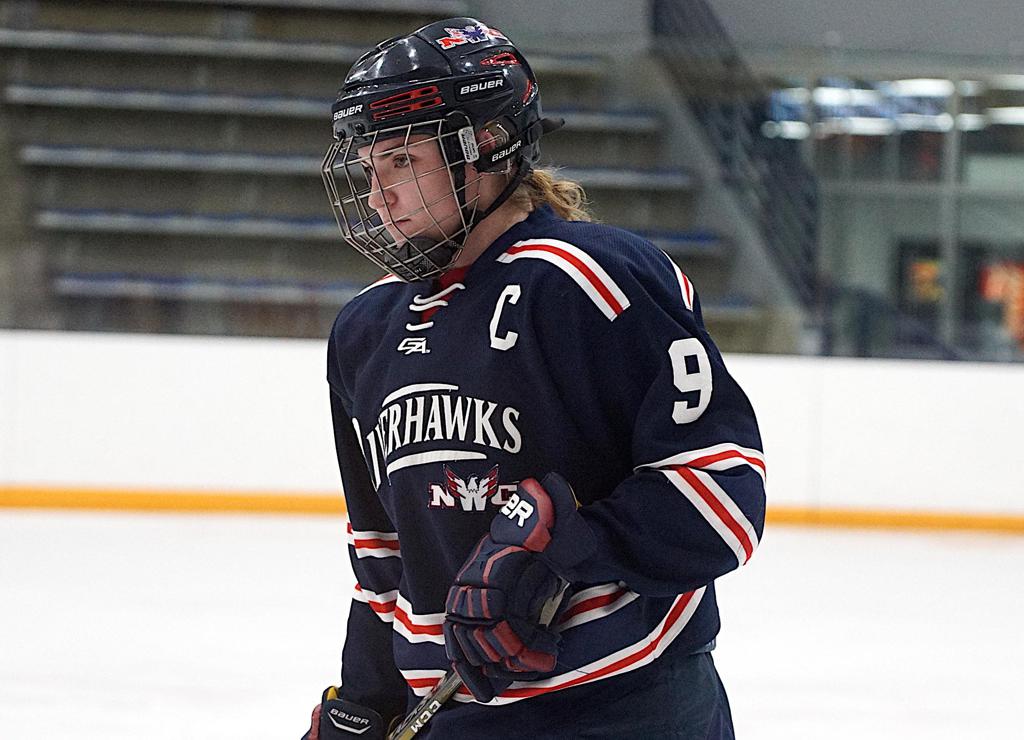 North Wright County's Sydney Lemke scored the game's first two goals to give the Riverhawks a 2-0 lead over Wayzata.

The scoring burst was partly manufactured by a savvy move from Williamson, who opted to leave her first line on the bench for the start of the second period before sending them out against the Riverhawks’ second unit. Her gamble paid off, as Branton snuck behind the North Wright County defense for the comeback-inducing goal.

“It’s amazing the way high school hockey has developed,” Williamson said. “You play it like you would a college game. You gotta work your bench.”

Williamson would know a thing or three about how a college coach arranges his or her team’s personnel. Before taking over the Wayzata bench, Williamson played for four years at the University of Minnesota after being named Ms. Hockey in 2015 as one of the first superstars of the Edina girls’ high school program.

Bruises and sore joints are a small price to pay for Bergeron, who’s won two of the Trojans’ last three games after not seeing any action for eight straight contests. Despite her recent success, Bergeron maintains that she’s not the only goaltender with a claim to the crease.

“I wouldn’t say it’s my crease at all,” Bergeron said. “We all share it, but I’m glad I’ve been able to play.” 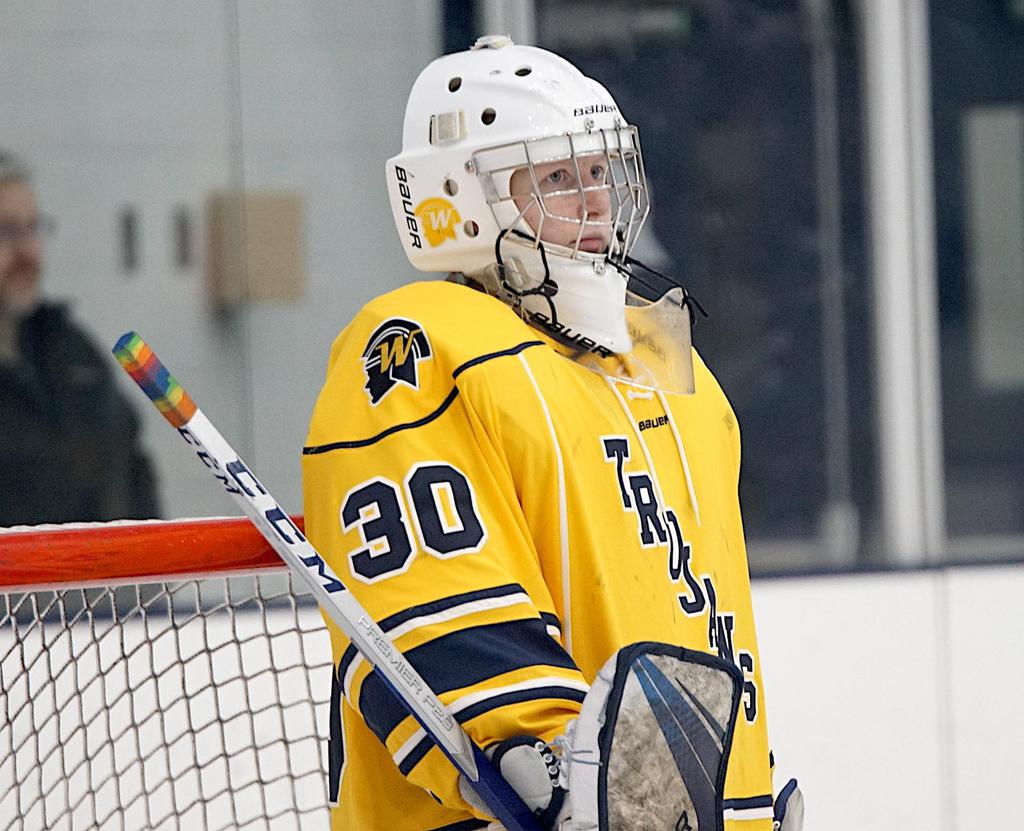 Micah Bergeron made 22 saves on 24 shots to earn the win between the pipes for the Trojans.