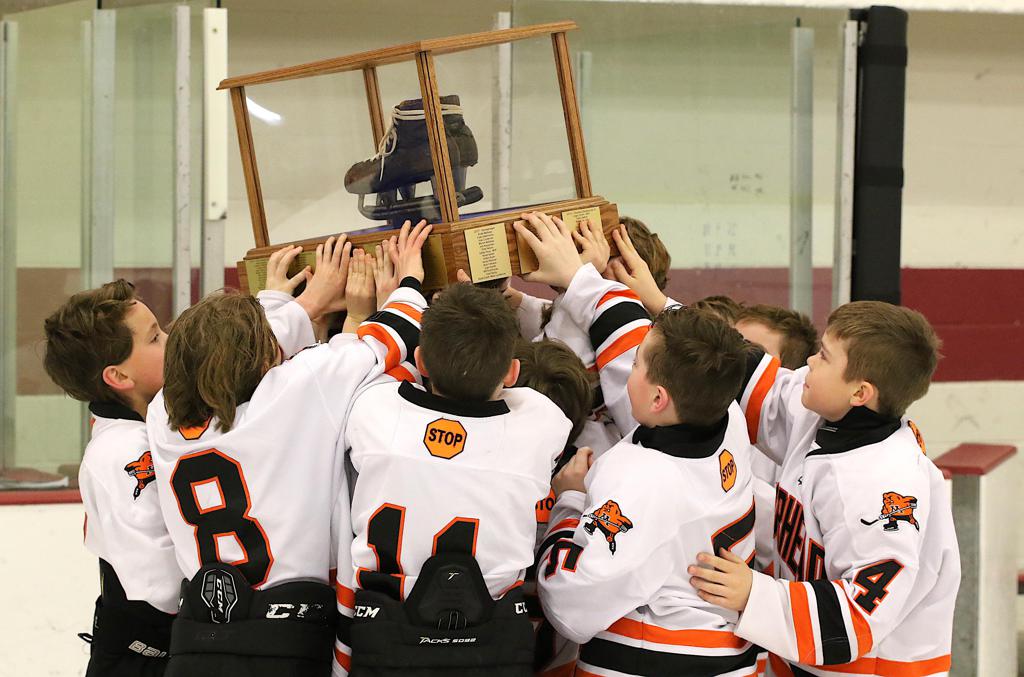 From Thursday afternoon to Sunday evening, this year’s version of the tournament featured intriguing teams, talented players, and countless memories for all involved.

In the Bronze Division, Edina Black emerged as the champion, getting an overtime goal from Cole Kunert for a 2-1 win over the Omaha Jr. Mavericks. Ryan Olson scored the first goal of the game for the Hornets, giving Edina Black a 1-0 lead early in the first period. Braxton Huegrich tied the game for Omaha early in the third, and the teams battled without another goal until Kunert’s overtime tally. For his heroics and play throughout the weekend, Kunert earned the Bronze Division’s Most Valuable Player award.

The Silver Division nearly featured an extra session as well, as Waukesha snuck past Thunder Bay 2-1. The team hailing from a western suburb of Milwaukee erased a 1-0 lead with a goal by Joshua Thombs, nullifying Matthew Backen’s first-period goal for Thunder Bay.

Like the game before it, the teams went without a goal for an extended stretch before Dylan Nissen intercepted a clearing attempt by the Elks 82’s and scored on a long-range wrister from near the Thunder Bay blue line. Waukesha’s Devin Newlands was chosen as the division’s MVP after posting six goals and nine points.

A third game decided by a 2-1 score describes the Gold Division finale, as Champlin Park’s Nolan Mason scored with just under five minutes to play to lift the Rebels to a win over Rogers. The Royals got on the board first with a Damon Moline score, but Champlin Park’s Luke Carlson popped in his second goal of the tournament late in the second stanza to tie the game at 1-1. While the Rebels featured several top scorers, MVP honors went to goaltender Max Akerson, who allowed just five goals in four games as the Rebels’ only netminder.

For the first time in tournament history, Moorhead Red captured the Squirtacular’s ultimate championship, as the Spuds rolled past the Northeast Wisconsin Jr. Gamblers 4-1 in the Platinum Division finals. Moorhead Red’s Hudson Ferrie kicked off the scoring in the first period, the Jr. Gamblers tied the game on a goal by Riley Klava. The tie lasted just over five minutes before the surname “Cullen” took over the scoresheet. Max Cullen scored midway through the second to give the Spuds a 2-1 lead, and Platinum Division MVP Wyatt Cullen and Joseph Cullen put the game out of reach with goals in the third period for the 4-1 final.

On behalf of all Youth Hockey Hub employees, we sincerely appreciate all 72 teams and their players, families, and fans for being a part of this year’s Squirtacular.

We’ll see you around the rink.

After a quick nap.