The Raiders scored four times in the third period and killed off all five of the Bears' power play opportunities to capture a 4-1 victory. 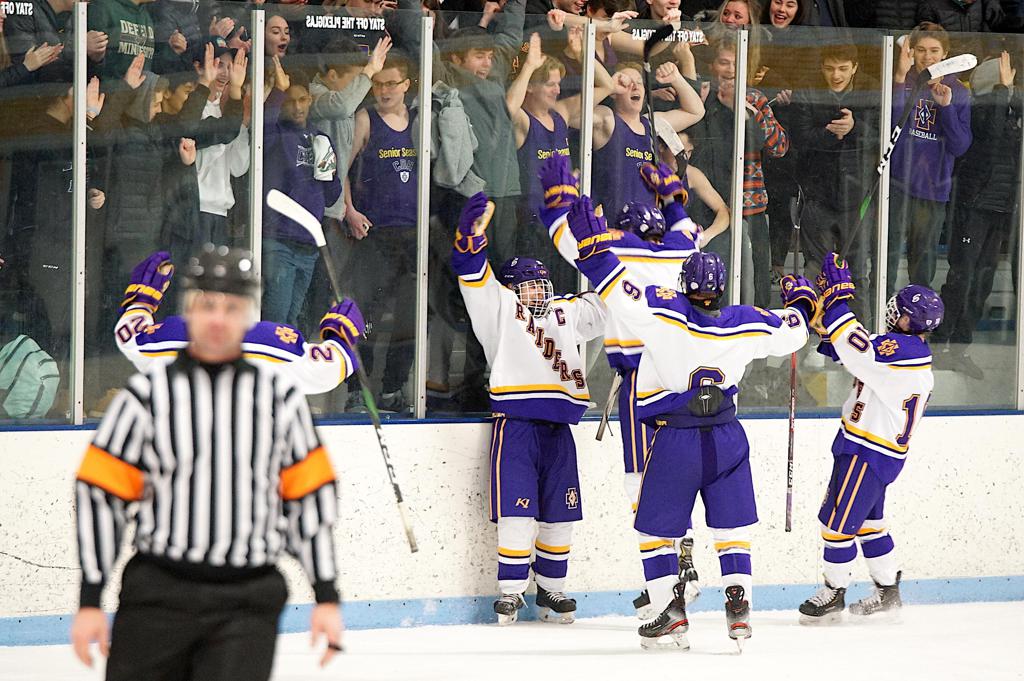 Matt Gleason celebrates with his teammates after scoring an empty-net goal to ice the Raiders' 4-1 win over White Bear Lake.

We should all know it’s coming.

At some point during a Cretin-Derham Hall boys hockey game, Matt Gleason will impose his will on the game.

Tuesday night, it took 37 minutes and 20 seconds, but it still happened.

With his Raiders down 1-0 early in the third period, Gleason scooped an offering by Cretin-Derham Hall goaltender Marko Belak and began his 200-foot journey. Gleason raced into the White Bear Lake zone, cut to the middle of the ice and beat Bears goaltender Tyler Steffens on his blocker-side to tie the game at 1-1.

The goal sparked the Raiders to score three more times to put away the Bears (13-4-1, 11-3) 4-1 and earn their eighth win in their last nine games.

Gleason, a Colorado College commit, assisted on the Raiders’ third goal and then cemented the win with an empty-net tally from the neutral zone.

“With about eight minutes left in the third period, he’s saying ‘This is a section game, boys. This is what it’s gonna feel like,’” Funk said. “To have a leader like that with these young guys, it’s something that these guys will always remember.” 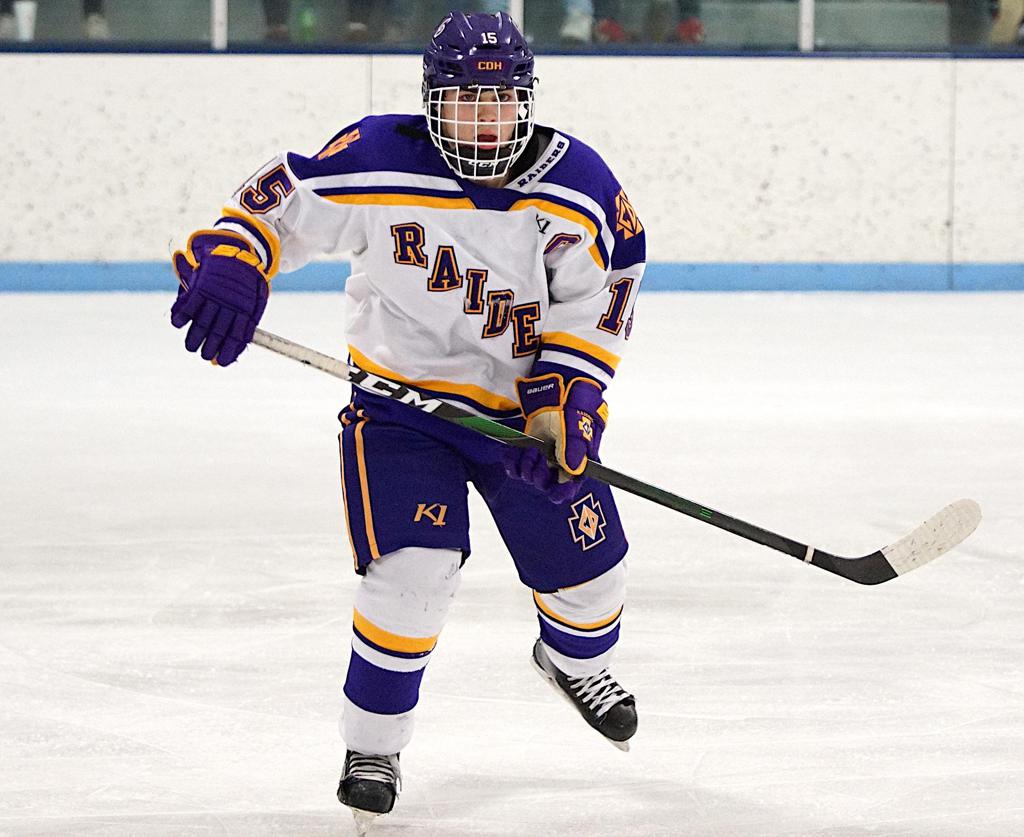 Gleason’s calm but competitive demeanor paid dividends as the Raiders, ranked No. 3 in the latest Youth Hockey Hub rankings, stumbled out of the gate against the Bears, taking four penalties in the first period alone.

Fortunately, the Raiders (14-3-1, 13-0-0) emerged from their clunky first frame unscathed, something that Gleason attributed to one of the team’s core values.

“We just trust our guys,” Gleason said. “We trust the kill. For sure, you don’t want to do it, and it kind of put us in a hole, but we came out zero-zero after one, so we got the job done.”

While seniors Gleason and his longtime teammate, dating back to his youth hockey days with the St. Paul Capitals, Jack Nei combined for three of the Raiders’ goals, freshman Jake Fisher crashed the veteran scoring party with his ninth goal of the season. Fisher’s goal put the Raiders head 2-1, and turned out the be the eventual game-winner, made even sweeter by the fact that sophomore Drew Fisher set up his little brother.

“My brother got the puck up the boards, and it was a one-on-one, so I just joined the play,” Jake said. “He passed it through the guy’s stick, and I caught the goalie sliding across.”

Gleason didn’t factor into Fisher’s go-ahead goal but has earned the admiration of one of his youngest teammates. “He’s a great leader,” Fisher said of Gleason.

Ranked among the top 200 North American skaters by NHL Central Scouting and presumed as the Mr. Hockey frontrunner, the one thing Gleason hasn’t been able to do this year has nothing to do with his performance on the ice.

Instead, it has everything to do with his absence from a Funk family tradition.

“My buddies asked why he wasn’t on the Christmas card,” Funk chuckled. “That’s just a kid…we talk about him all the time in the coaches’ room. He’s just special.” 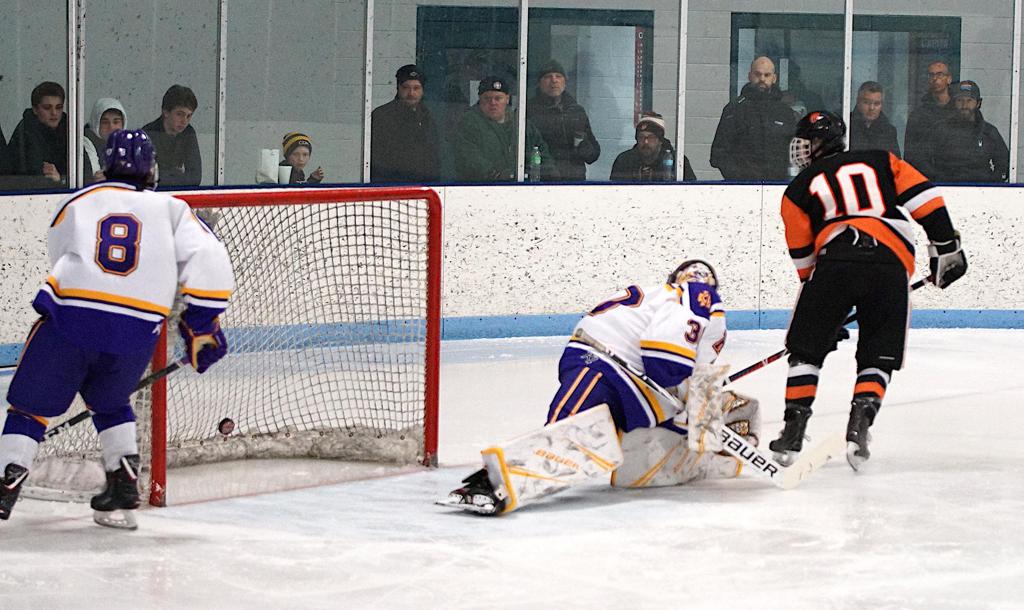