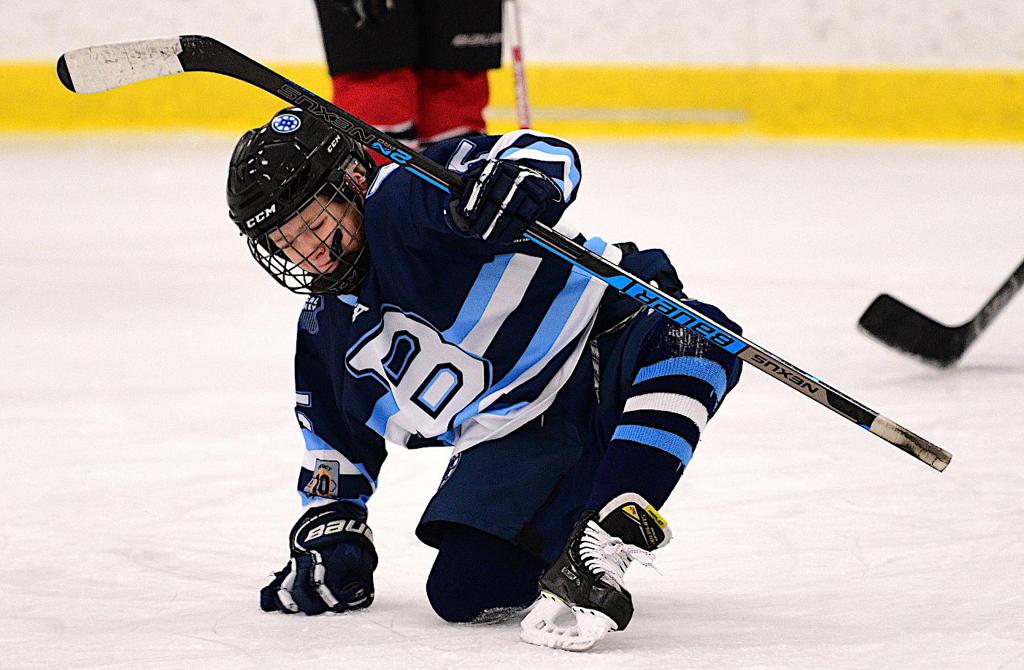 Weston Johnson sporting our favorite jersey from this year's tournament.

Sometimes, originality is overrated. The Blaine Squirt A team borrowed the same design that their high school counterparts donned for Hockey Day Minnesota, and stole the show when it came to on-ice threads. The horizontal stripes don't take away from the bold "B," and vice-versa. A classic color-scheme and clean lines always make a winner.

Like the Minnesota Vikings mortgaging their future to trade for Dallas Cowboys running back Herschel Walker in 1989, an overheard pin trade featured numerous assets for one ultimate prize. Among the conversations taking place in the main hallway on the Super Rink's first floor, a player explained to his cohorts that he had traded six pins and $12 for a single pin. Happy with his deal, the player maintained that the lone pin was worth the trade, as it was the best in the tournament.

Rarely does a Squirt game come down to a pair of goaltenders, but Saturday night's Platinum semifinal battle between Northeast Wisconsin Jr. Gamblers' netminder Drew Otten and his Elk River counterpart Owen Stockman proved that those who guard the crease could steal the show. First, Otten would make a highlight-reel save, then Stockman would answer on his end. Back-and-forth, the duo went through overtime and into a shootout, where the Jr. Gamblers would eventually emerge in victory. A capacity crowd was treated to a wonderful display of controlled tenacity from each team, and more specifically, from each goaltender. 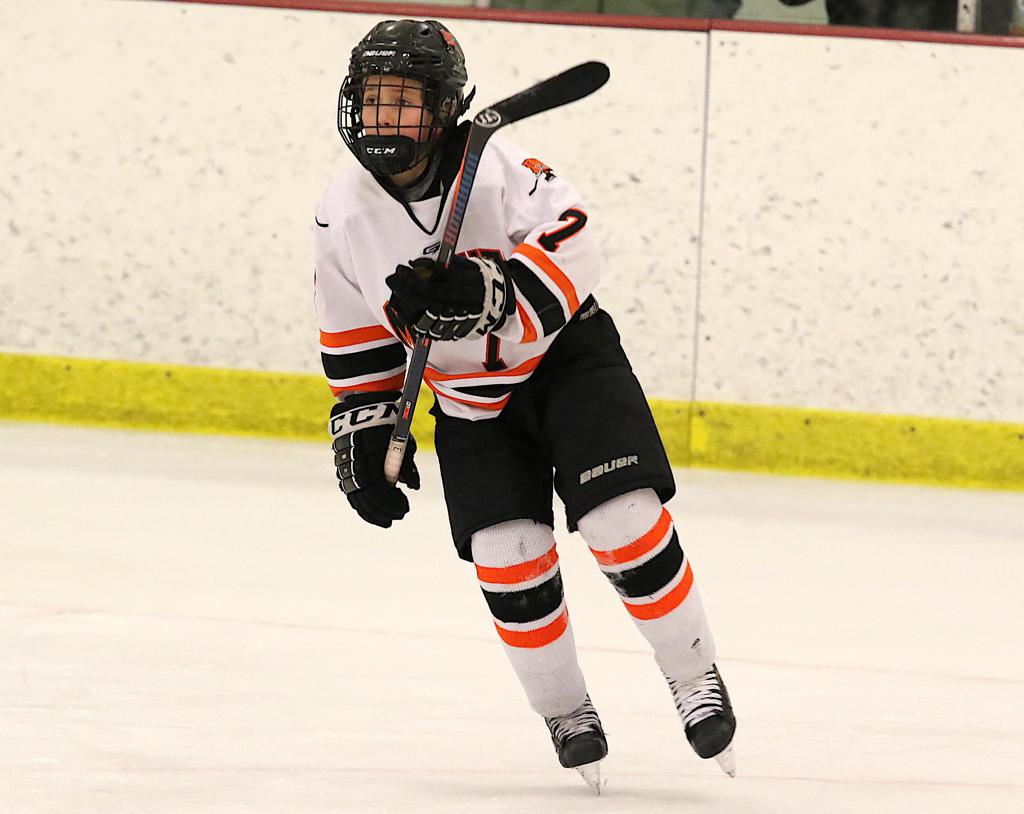 Wyatt Cullen of Moorhead Red was selected as the Platinum Division's Most Valuable Player.

Overtime in a championship game certainly skews how the tournament All-Tournament First Teams are selected, for obvious reasons. Compound a title game that goes to the extra session with four other rinks playing at the same time, and postgame ceremonies can find their hiccups. The Omaha Jr. Mavericks fell to Edina Black in the Bronze Division final, and with great patience, waited out the awards ceremony without leaving their blue line or displaying frustrated body language throughout the process. Thanks for hanging tight with us, Omaha players, and coaches.

On various teams, you'll find a handful of sets of brothers, or sisters, or cousins. But to have four players with the same surname is indeed a rarity. The Moorhead Red Squirt A team not only won the Platinum Division championship but did so with for Cullen boys on the roster. Wyatt was selected as the division's Most Valuable Player, with Wyatt, William, Joseph, and Max all playing critical roles in the Spuds' run to the Platinum crown.

When you've won a Hobey Baker Award, as Leopold did in 2002 as a Minnesota Golden Gopher, coaching nine and ten-year-olds is not a task you take too seriously. From pulling a goaltender at the beginning of a game to encouraging dancing on his bench, Leopold and his Rebels provided routine entertainment for fans and tournament officials alike.

Skates are always fashionable in the pin universe, and to have each player's name representing the laces on the skate-pin earns bonus points. Appropriately sized and creatively designed, the Hornets take home the prize for Best Pin. 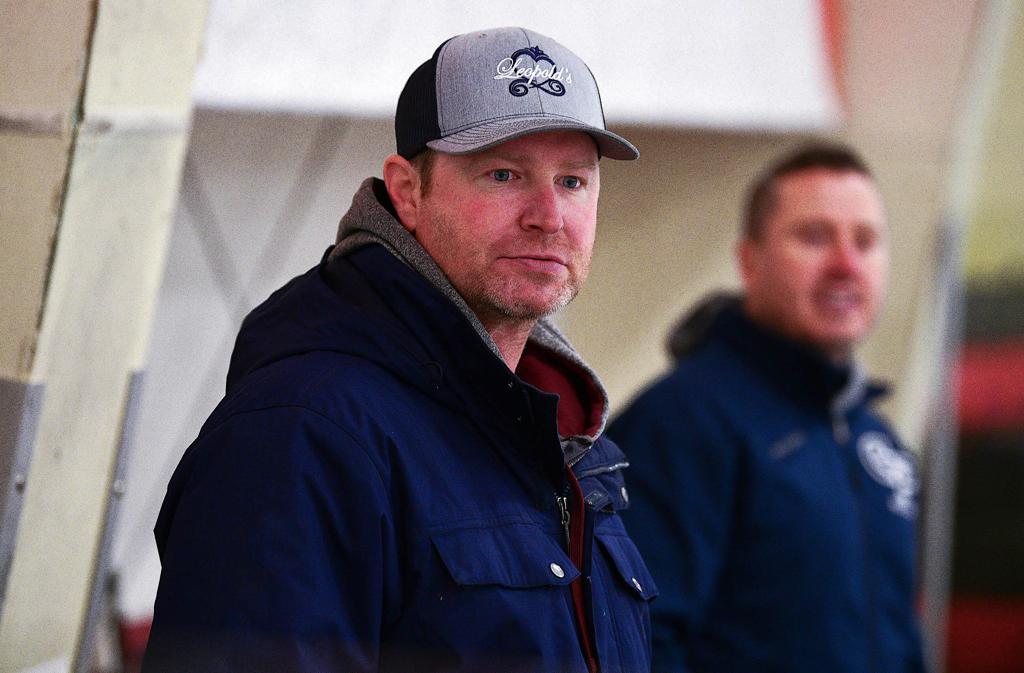 Jordan Leopold behind the bench of the Champlin Park SQA team. 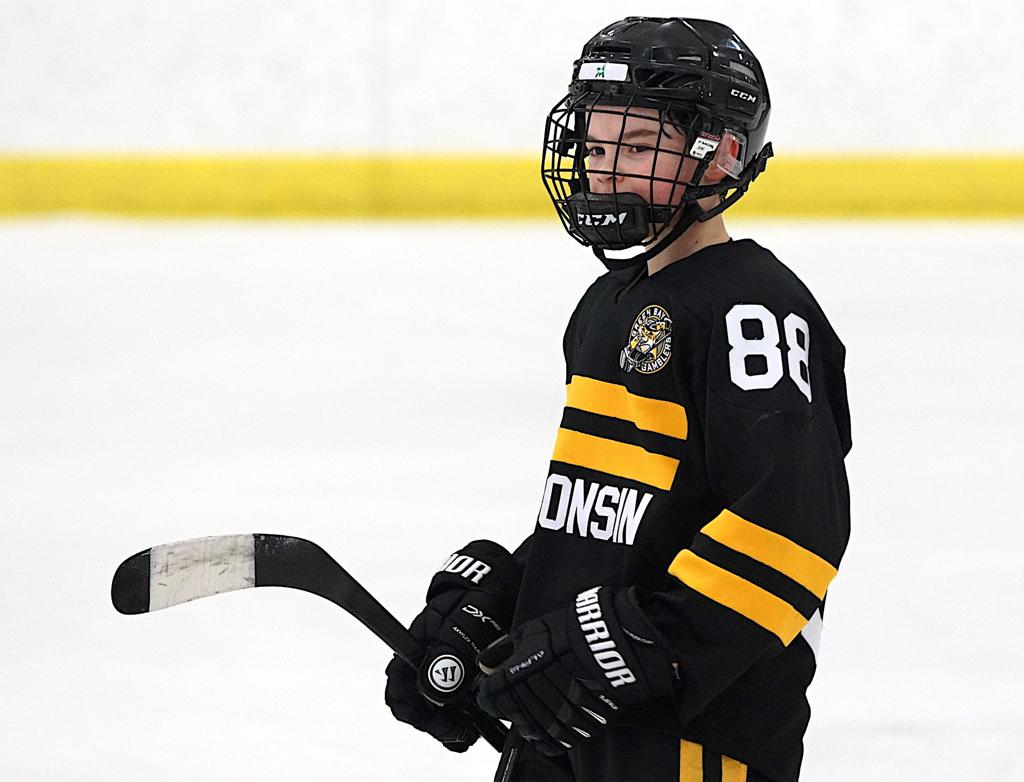 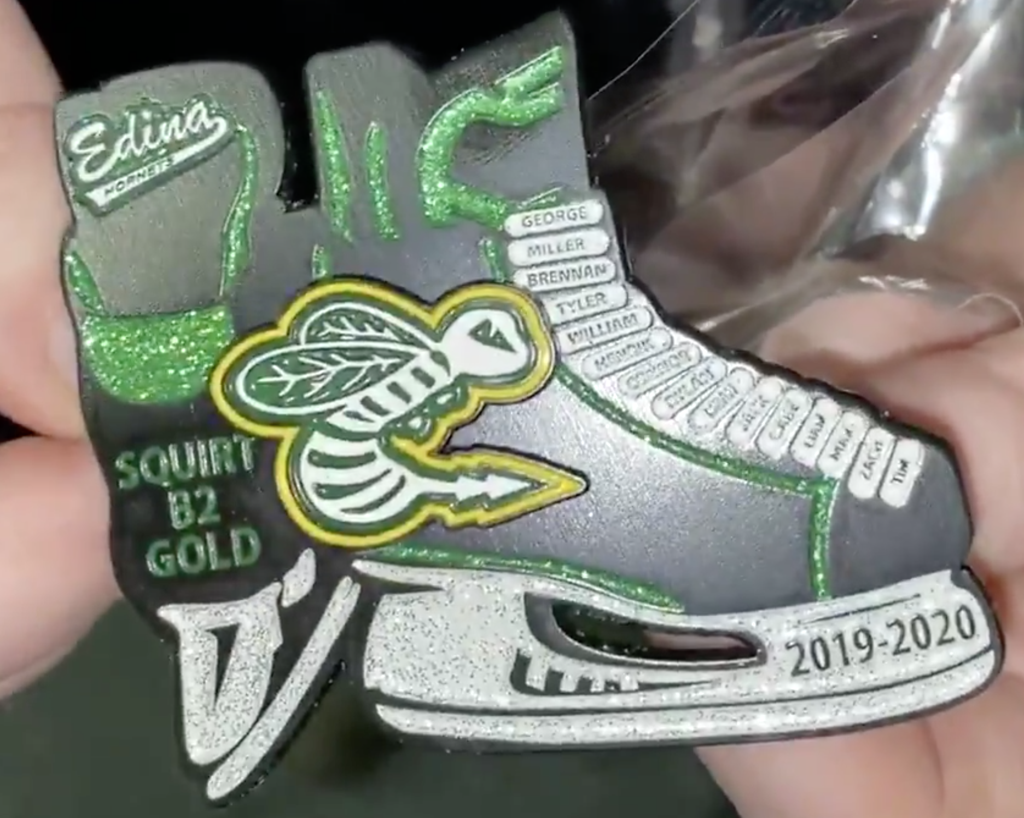