Two goals in both the first and second periods propelled the Eagles past Red Knights. 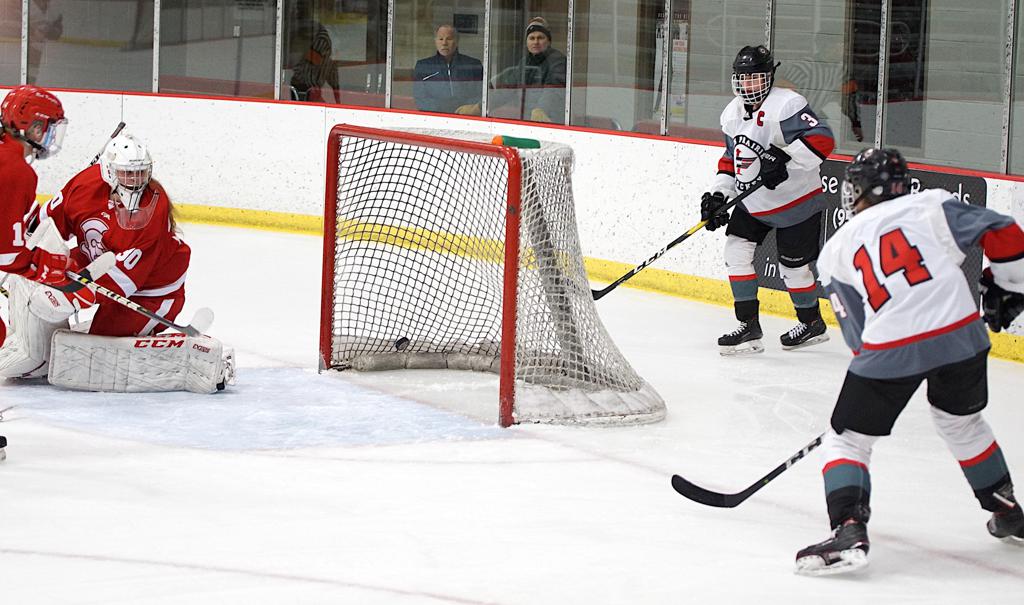 Nora Wagner (14) scores the first goal of the game for Eden Prairie in Thursday night's 4-1 win over Benilde-St. Margaret's.

There are no friends in the waning moments of a heated hockey game.

With Eden Prairie’s Sydney Langseth and her Eagle line-mates invading the Benilde-St. Margaret’s crease in search of a loose puck late in the third period of Thursday’s game, the Red Knights took exception. Sticks came up, and a pair of gloves found their way into Langseth’s face, a gesture she returned.

But after the final horn sounded, and with a 4-1 win for the Eagles (17-6-1) in hand, Langseth softened when asked about the skirmish with Red Knight Olivia Haag.

“I know Olivia, so it was all fun and games,” Langseth said with a chuckle. “You get caught up in the competition.”

It took the Red Knights (17-7) almost three full periods to catch up to Eden Prairie in terms of pace, as the host No. 5-2A Eagles scored twice in the first period and twice in the second for a sizable 4-0 advantage heading into the last minute of regulation.

The ability to build a lead and maintain it is just what Eden Prairie coach Jamie Grossman wants to see out of his team in late January with section playoffs looming.

“I think we spent the last month just figuring out who we are and when we play our best hockey,” Grossman said. 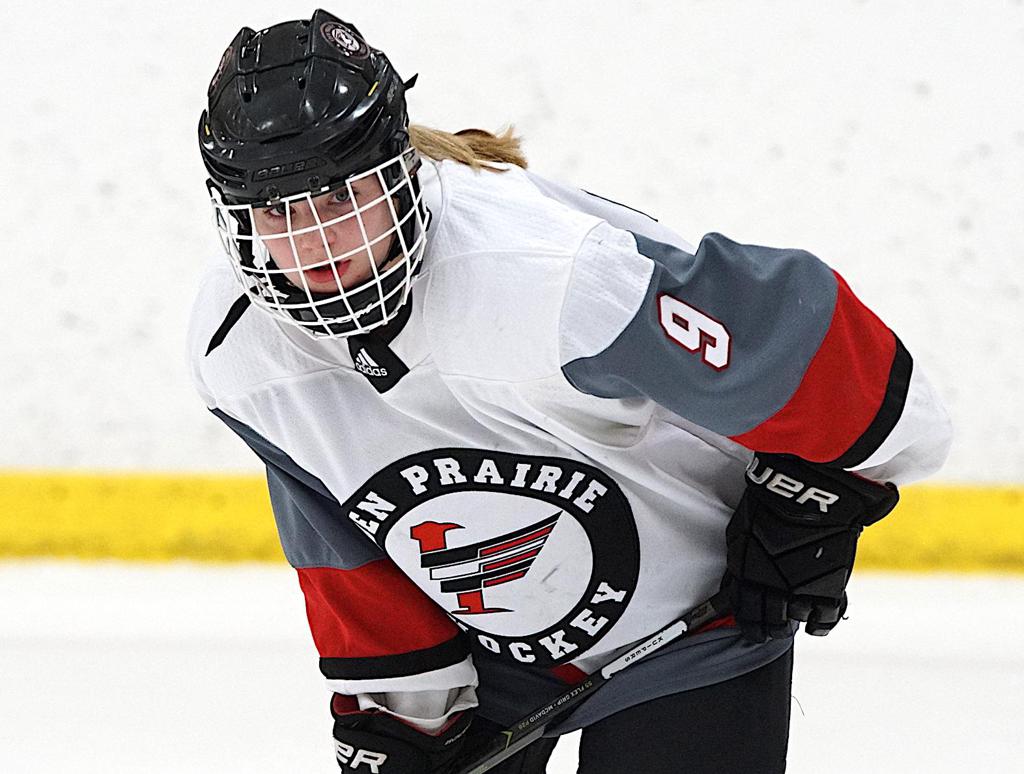 The Eagles play their best hockey when the line of Langseth, Princeton commit Grace Kuipers, and Nora Wagner are productive, with Langseth hovering near the top of the state’s scoring leaders with 58 points. Kuipers brings speed and an extraordinary amount of effort to the group, while Wagner has proven to be a master of the assist, dishing out 23 of them so far.

“Nora’s awesome,” said Langseth, who’s committed to Minnesota State and is a presumed Ms. Hockey finalist. “We’ve always played together, all the way back to 10U hockey,” Langseth continued. “Her passing is amazing, and I think we really have a connection, especially me, Grace, and her. We just set each other up.”

With his top unit combining for three goals and four assists, Grossman says that he’ll take his number-one line over anyone else’s. 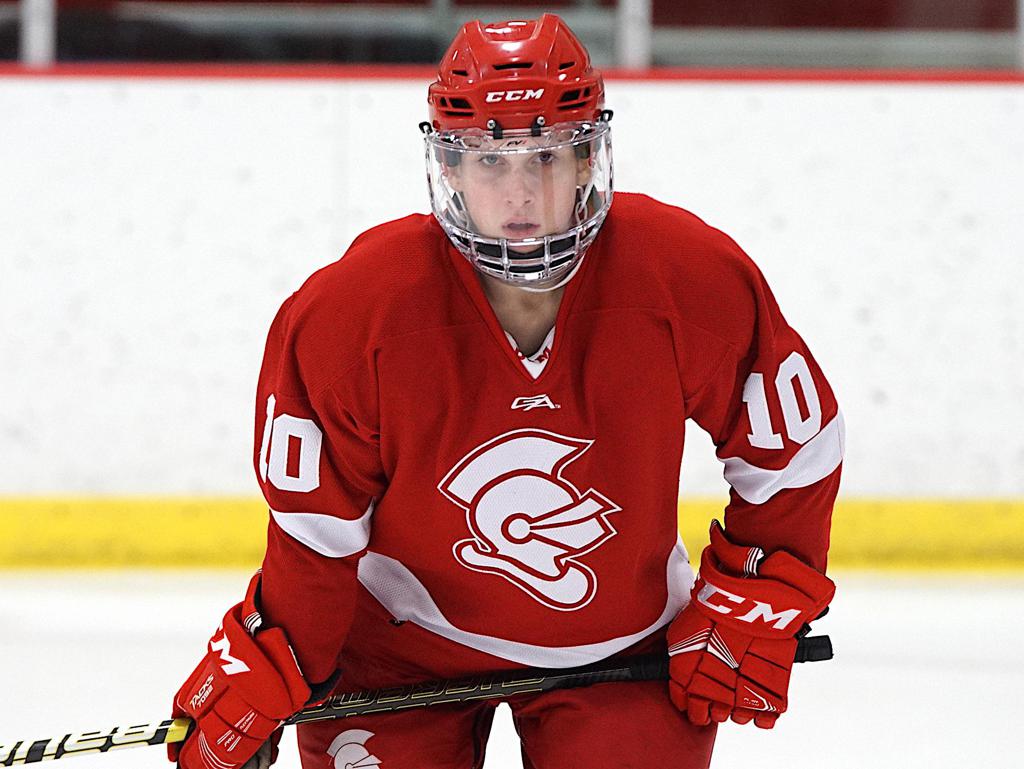 Emma Hoen assisted on the only goal scored by Benilde-St. Margaret's on Tuesday night.