Burnsville downs Eagan 3-1 in Class 2A, Section 3 championship game for first trip to the state tournament since 2014.

Burnsville advances to state for first time since 2014

During the raucous celebration on the ice after Burnsville's 3-1 win over Eagan in the Class 2A, Section 3 finals, Blaze coach Chris Lepper could only be found with a concentrated effort.

The bespectacled Lepper had migrated into the penalty box and took a few moments to say hello to his infant granddaughter through the plexiglass. Keeping a watchful eye over the little one was Lepper's son-in-law, daughter, and wife, Deb, who Lepper says is as much a part of his team's victory as he is.

"This is twenty-eight years of coaching at various levels," Lepper said. "It's my wife watching me go and put the time in and do all the (film study). For her to see the fruit of my labor with such a special group of girls, that I had the right girls to work with, who believed in me as much as I believed in them…," Lepper trails off, joyful tears leaking out the sides of both eyes.

"It's been a journey, coaching-wise," Lepper said. "To get this group of girls to accept me as their new coach, and to work and play hard as a team. It's a team win."

"They're great people, they're great kids, and they play hard," Lepper said of his group, emphasizing the effort his players put forth. "They're fantastic young women." 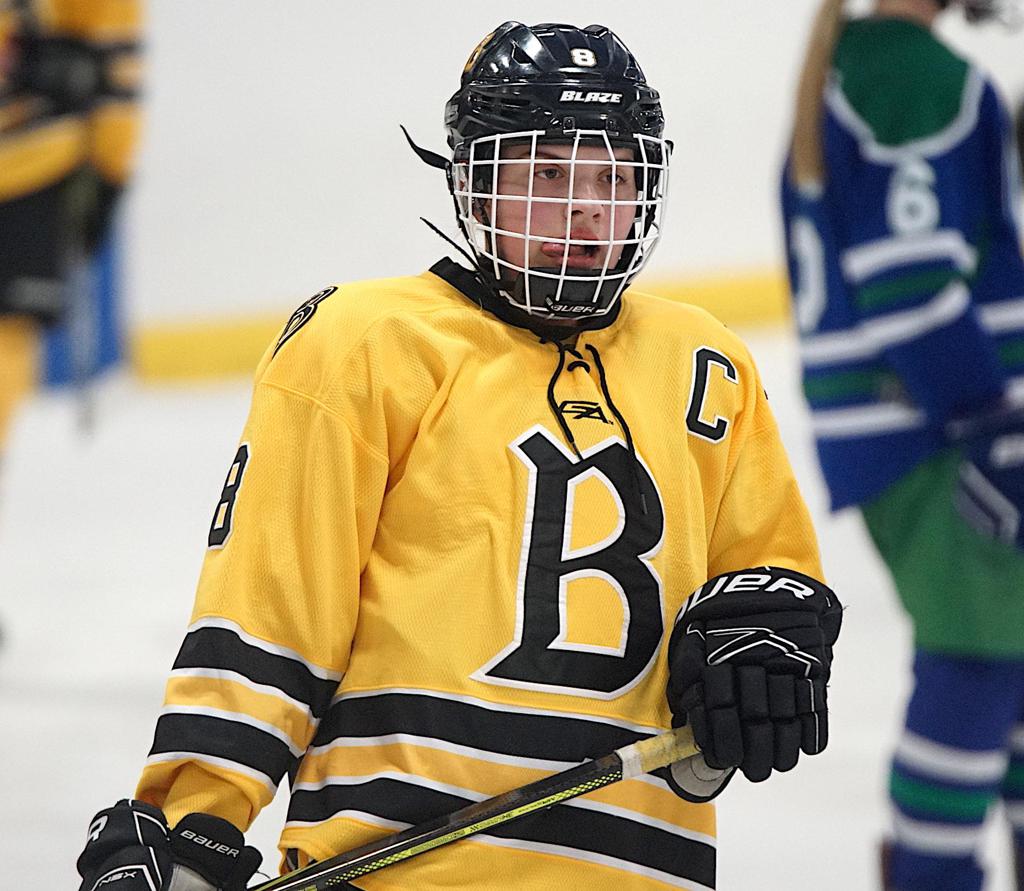 Aubrey Nelvin scored the eventual game-winning goal for Burnsville in Wednesday night's 3-1 win over Eagan in the Section 3-2A finals.

Among those fantastic young women was senior forward Aubrey Nelvin, who scored the eventual game-winning goal with just under three minutes to play in regulation.

With Eagan (14-12-2) employing an umbrella-style power play strategy and handling the puck along the point, Nelvin poke-checked a bobbled Wildcat pass and headed down the ice, ready to purge her memory of previous failed attempts.

Nelvin had tried and missed on two shorthanded breakaways in the No. 3 seed Blaze's 1-1 tie with Eagan in mid-January, but three weeks later would not be denied. While being wrestled to the ice from behind by a chasing Wildcat, Nelvin managed to shove the puck pas Eagan goaltender Ruby Sieger for the Blaze's second goal.

Junior Allie Urlaub, who scored the first goal of the game for the Blaze (19-7-2) in a similar fashion to Nelvin, tacked on an empty-net goal to ice the win for Burnsville. Eagan senior forward Jenna Ruiz scored the lone goal of the loss for the fourth-seeded Wildcats.

Goaltender Maria Widen, also a junior, stopped nine of ten Wildcat shots, a less-than-staggering amount, but vital to the Blaze's success. Like Lepper, Widen placed the credit squarely on the shoulders of her teammates.

"With me being gone from the team, the played their best hockey," Widen said, referring to her time spent recovering from mono.

"Honestly, this is all (because of) them. I could not do anything without them." 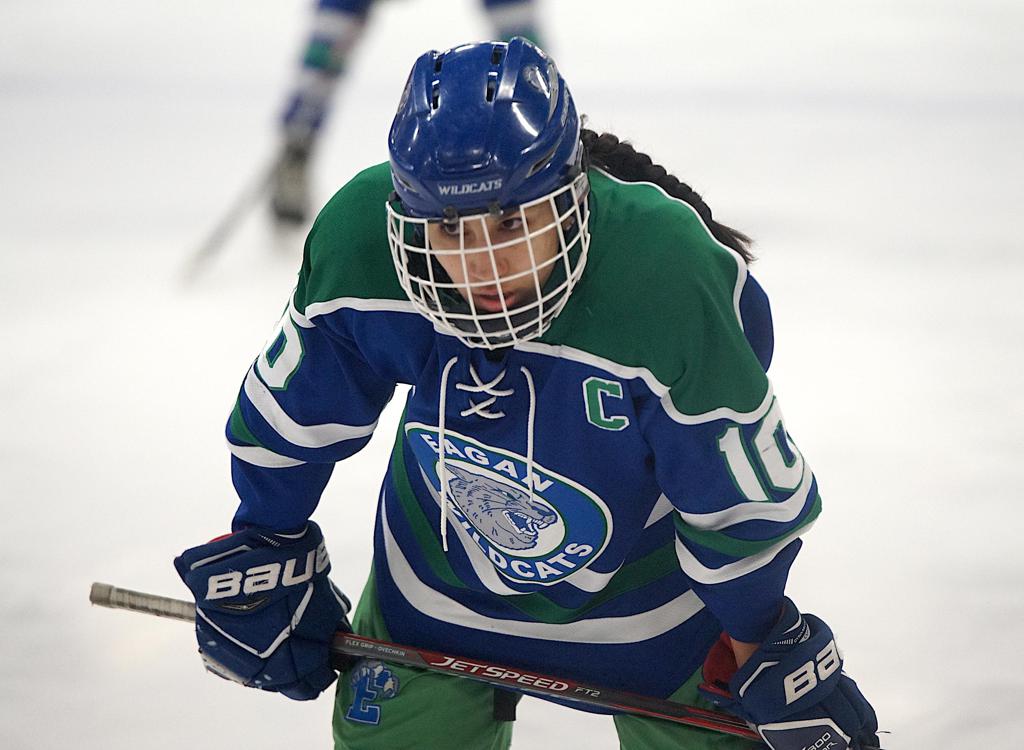 Eagan's Jenna Ruiz scored the only goal of the game for the Wildcats, her sixth of the postseason.