The senior captains combined for all three of the Pioneer goals in Friday's Class 2A, Section 4 final victory over Stillwater. 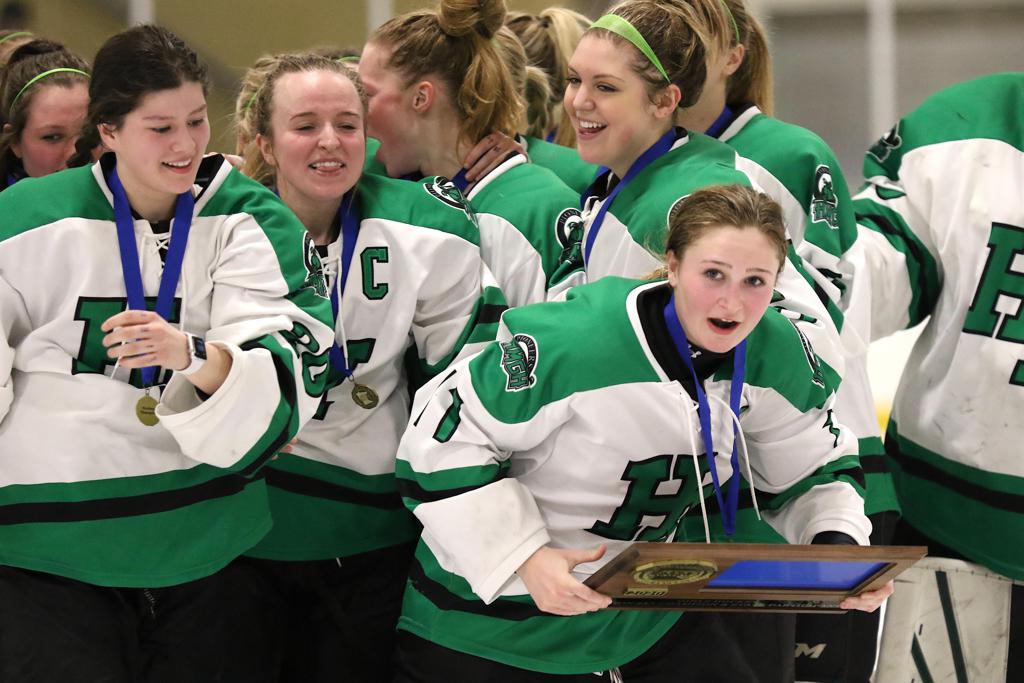 Nina Steigauf clutches the Section 4-2A championship trophy after the Pioneers defeated Stillwater 3-1 on Friday night at Aldrich Arena.

Steigauf and Belde lead Pioneers back to state tournament

For senior forward, captain, and Quinnipiac commit Nina Steigauf, the seating arrangement was almost too much to bear in the waning seconds of Friday’s Class 2A, Section 4 final against Stillwater.

“The coaches like us to look like one unit,” senior forward, captain, and Quinnipiac commit Nina Steigauf said of the arrangement. “We try to act like we’ve been here before.”

But Steigauf couldn’t sit still on Friday night, not when she knew that she would make the trip to downtown St. Paul after falling short last season in a section final loss to White Bear Lake.

“I was so antsy. I think I almost lost my voice by screaming,” Steigauf said with a exhausted smile. 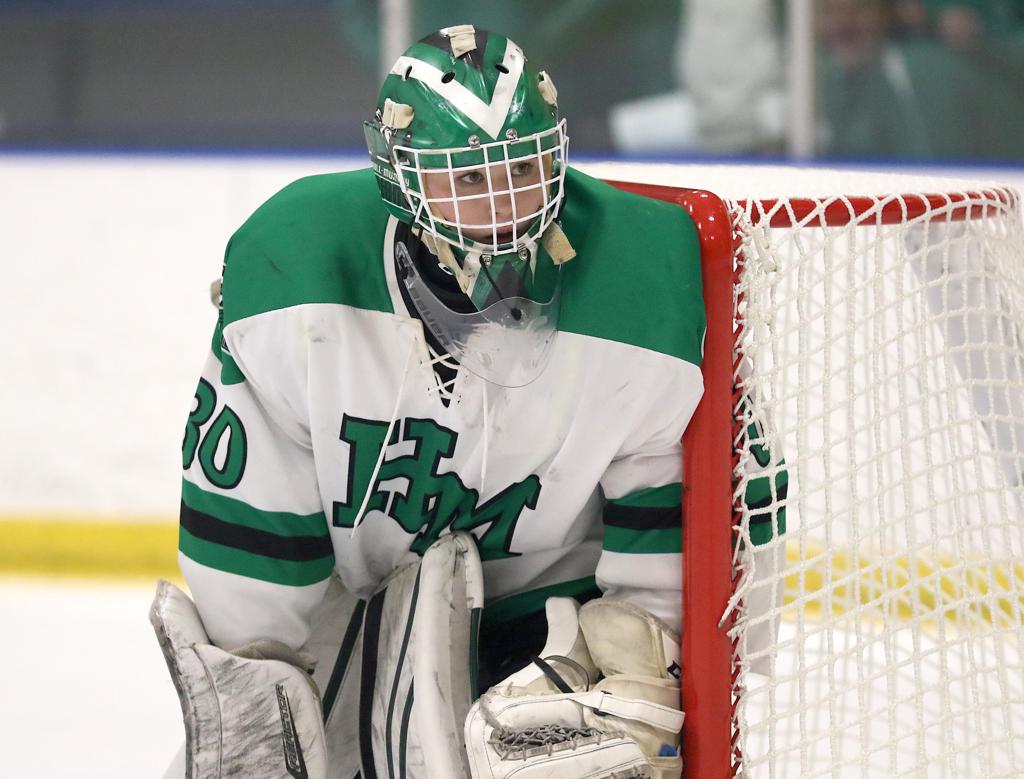 Rachel Kennedy stopped 18 of Stillwater's 19 shots to preserve the win for the Pioneers.

Pretty soon, all of the Pioneers were screaming, shredding their vocal cords as the buzzer sounded on a 3-1 win over the Ponies (21-6-1).

“It means the world not only to me but the coaches and the team because every day we work hard for each other,” Steigauf said after scoring two goals and assisting on another for the Pioneers (18-9-1). “The little things go a long way for us.”

The trip to the Xcel Energy Center is a reward for a Hill-Murray group that came together at the right time during a rocky 2019-2020 campaign, which included a 1-3 stretch to end the regular season and a narrower-than-expected 1-0 win over sub-.500 Woodbury in the section semifinals.

“You always have some worries (going into the section final),” Hill-Murray co-Head Coach Caesare Engstrom said after the game. “Especially with our season that we had when we were so up-and-down.”

One of the constants for the Pioneers was the play of Steigauf and longtime linemate Alex Belde. The pair combined for all three Pioneer goals in Friday’s game and created numerous scoring opportunities with their effectiveness in two-on-one situations.

“Nina and I go way back with skating with each other,” Belde said. “It always seems to work with us, whether I give it to her or she gives it to me.”

Engstrom has seen the Steigauf-and-Belde show a hundred times since the pair joined the Hill-Murray program in seventh grade, but is still impressed whenever they pull off one of their signature rushes.

“Those two, when they work together like that, great things happen,” Engstrom said with a grin. 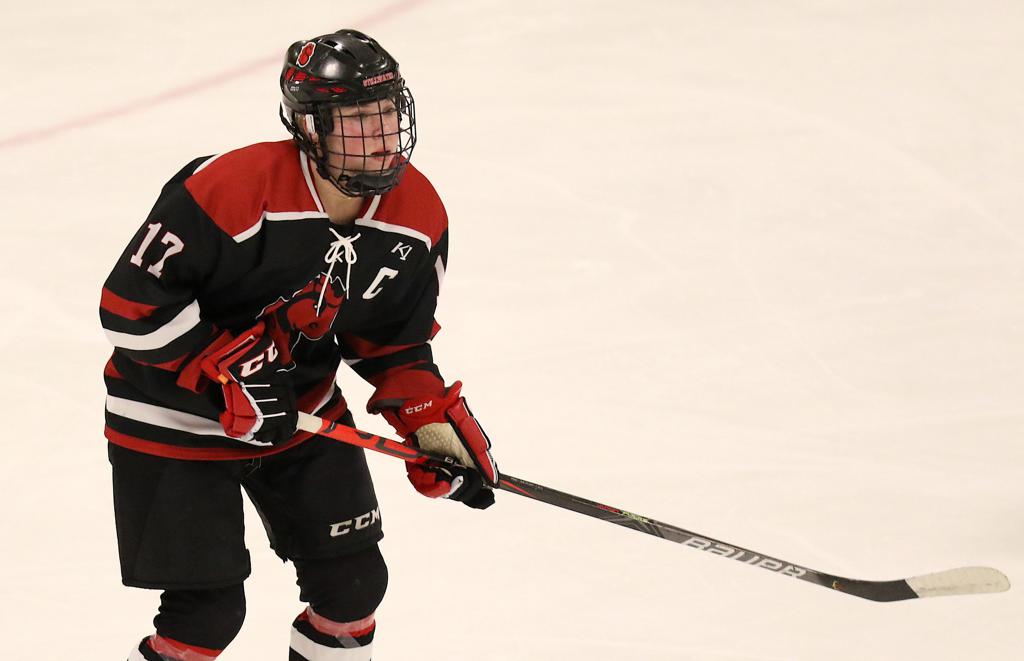 Morgan Wohlers scored the lone goal of the game for Stillwater.