Despite a late third period surge, Hornets hang on and beat Trojans

Fore! The Hornets are headed to state. 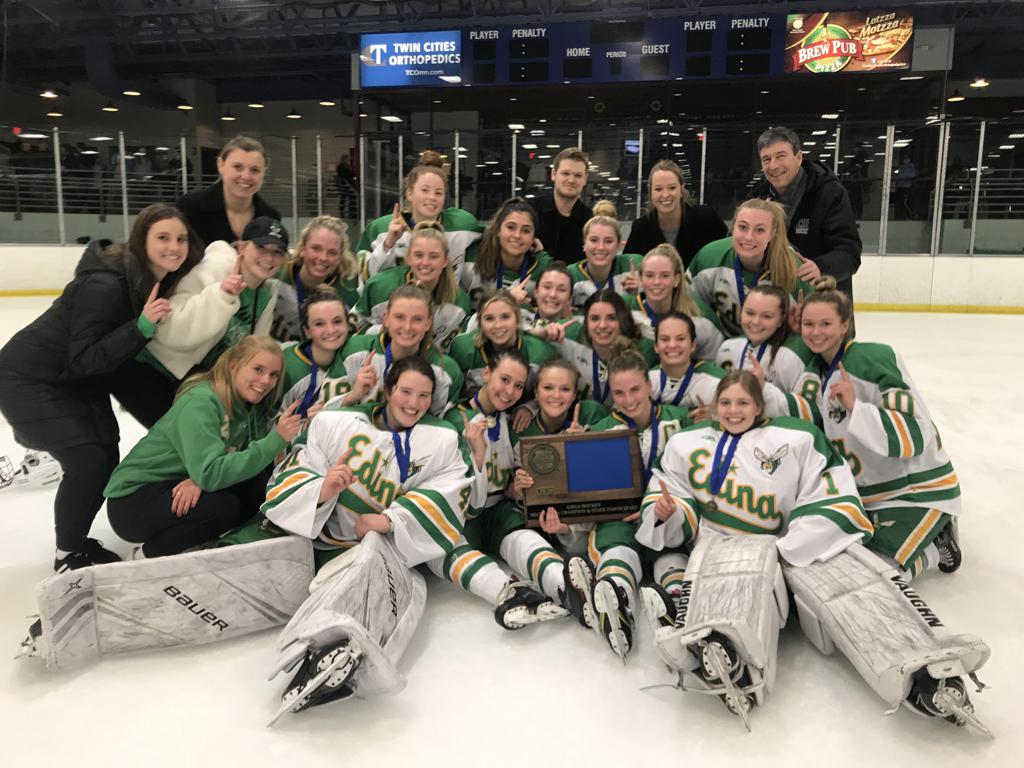 Edina wins Section 6AA, heads to state in search of a 4-Peat

Over the past four seasons the 6AA section final has brought so many epic finishes - Friday was no different.

Edina, equipped with nine Division I hockey commits, a red-hot goalie and a 25-game winning streak brought their A game Friday night at Parade Ice Garden. What they didn't know was, their Lake Conference foe, Wayzata, brought theirs, too.

With a few fewer high-end players and a goalie who started the season on the Junior Varsity. The Trojans put together a great game plan that included one part execution and 99 parts passion. 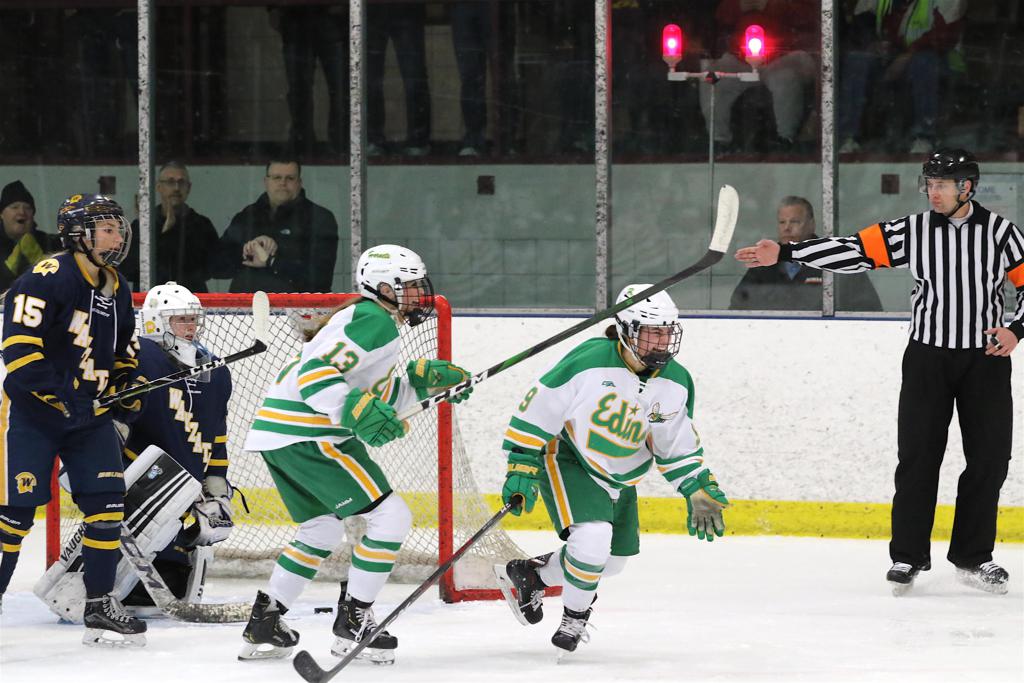 Down 1-0 after the first period and being outplayed and outshot (11-3), Wayzata evened matters out in the second period. After a burst of shots on Edina's Freshman goalie Uma Corniea, Katie Davis poked home a loose puck past Wayzata goalie Micah Bergeron to give the Hornets a 2-0 cushion. "We just knew Wayzata would keep coming and we couldn't sit back and be flat," said Edina coach Sami Reber after the game. Scoring chances and shots on goal were even in the second. 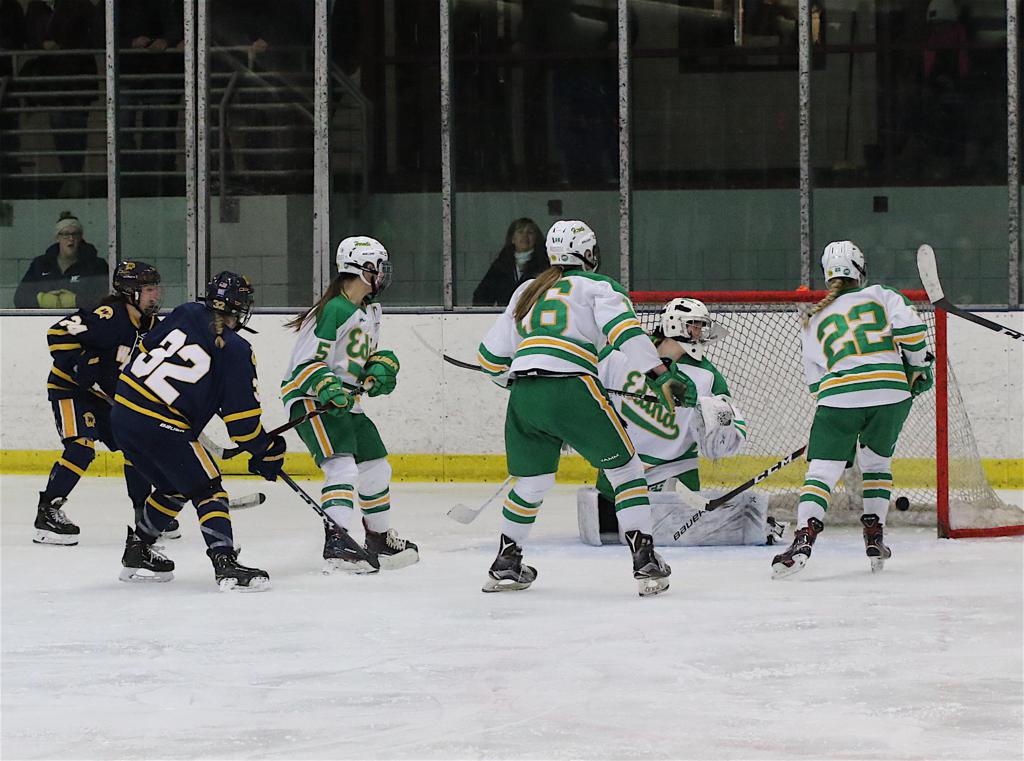 Seven minutes into the third period, Wayzata cut the Edina lead in half with a hard-nosed power play goal by Sloane Matthews. The Clarkson commit found a loose puck in front and willed the puck past the stingy Corniea. The goal cut the Edina lead and momentum for three minutes. But just when Wayzata would get within arm's length. Edina would counter-punch on one of the prettiest goals of the season.

Junior Hannah Chorske caught a pass at center ice from Sophia Doll and immediately gave a no-look pass to line mate Emma Conner. Conner gave it back to Chorske on the back door and the Harvard commit buried off the heal of her stick. "Yeah, I want to see that one on film," said Chorske after the game. 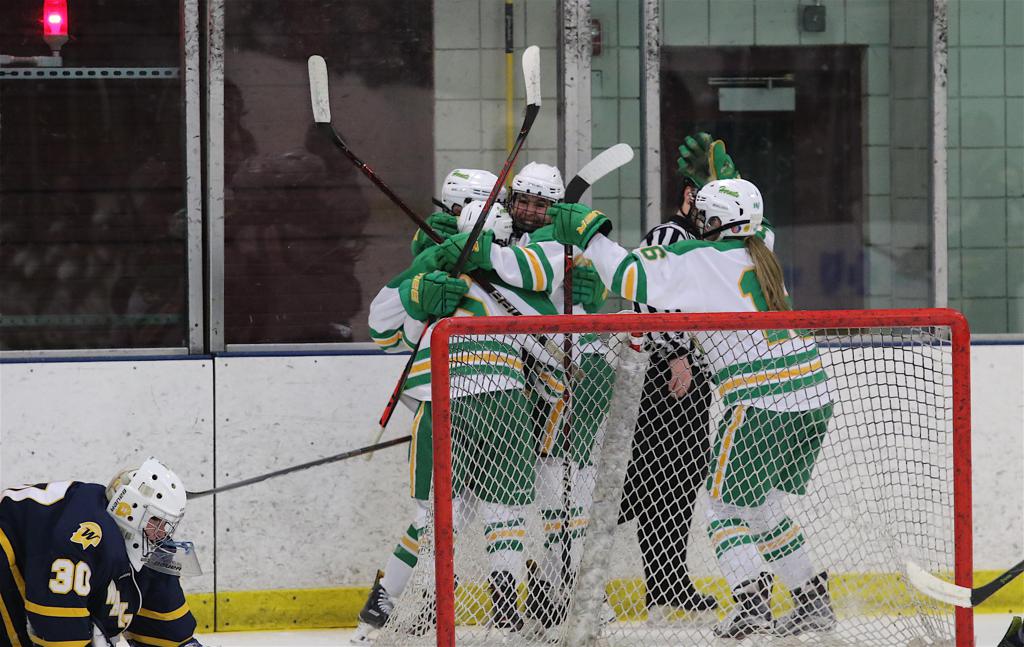 At 3-1, with 4:22 left in the game - an adept girls high school hockey observer would start writing his game story. But the Trojans tried to write their own story. As they did the entire night, Wayzata battled. Senior Sophie Urban beat the now-human Corniea - only second time all year the freshman has allowed more than one goal - to cut the lead to 3-2 with 1:22 left in the game.

From there, with Bergeron pulled, Wayzata won every battle, got every bounce and produced six shots on goal. Corniea stopped them all. "I just tried to remember, that it's just a hockey game...settle in and do my job." Corniea said of the barrage she faced down the stretch to lift her team to state. 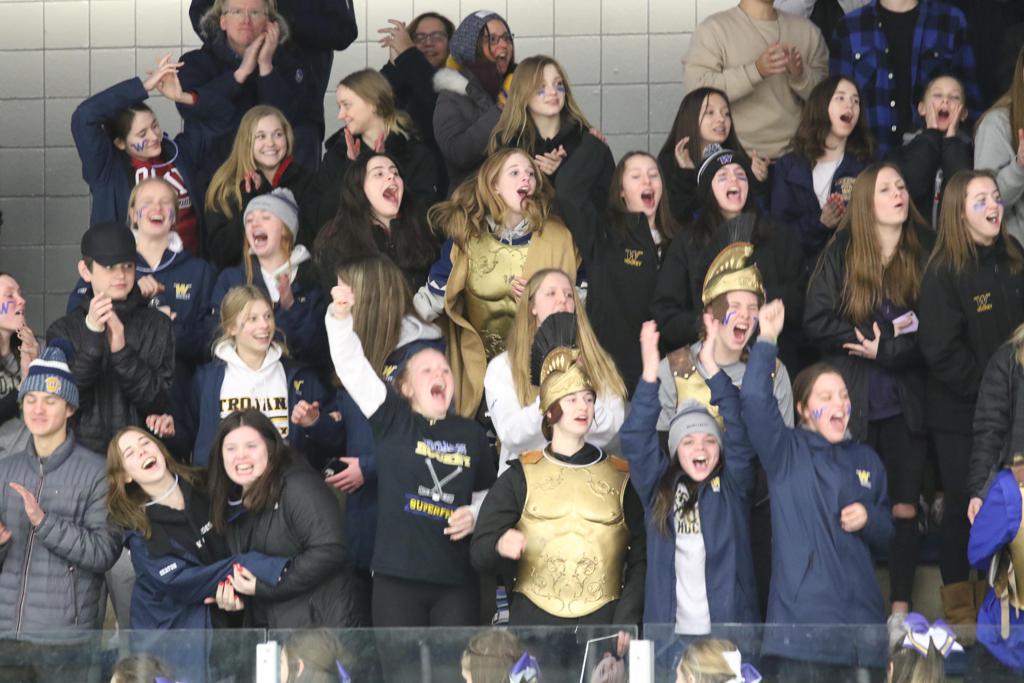 Trojan Nation was out in full force Friday at Parade

5. The Goal - (announcer voice) "Chorske gets it at neutral, slides a no-look pass to Conner, as they weave. Now Conner shoots, no, she feeds Chorske back door...Goallllllllll! Chorske to Conner back to Chorske, tic-tac-toe and the Hornets lead 3 to 1."

4. The Wayzata Crowd - From cheering in the girls as they arrived, a raucous band with 14 cheerleaders and a nearly sold out half of the building. The Wayzata fans weren't on Snapchat Friday, they were on fire cheering on the Trojans.

3. Those D - When teams have good defenders, the game is really fun to watch. Friday featured the Hackley sisters (Addy and Sami) and Sloane Matthews for Wayzata and Sophia Doll and Vivian Jungels for Edina. Hockey fans paid only $10 to see these girls on Friday. One observer said of the Edina power play, "I can only imagine how many goals they've scored five on four."

2. The Other Goalie - Standing across the ice from Uma Corniea is a challenge. She makes virtually every save and 99% of them look easy. Micah Bergeron played her way onto the Varsity this year and with wins over Breck, Minnetonka and Blake down the stretch was primed to face down the three-time state champions. She made saves of kinds Friday night, including three huge glove saves with her team trailing.

1. The Hug - When the opposing coach was your babysitter, the post-game handshake will be a little more personl. As a teen, Edina head coach Sami Reber cared for first-year Wayzata head coach Taylor Williamson in Edina. Tearing up with pride Reber said of Williamson, "to see what she's done with that team, I couldn't be more proud of her...she's a special person." 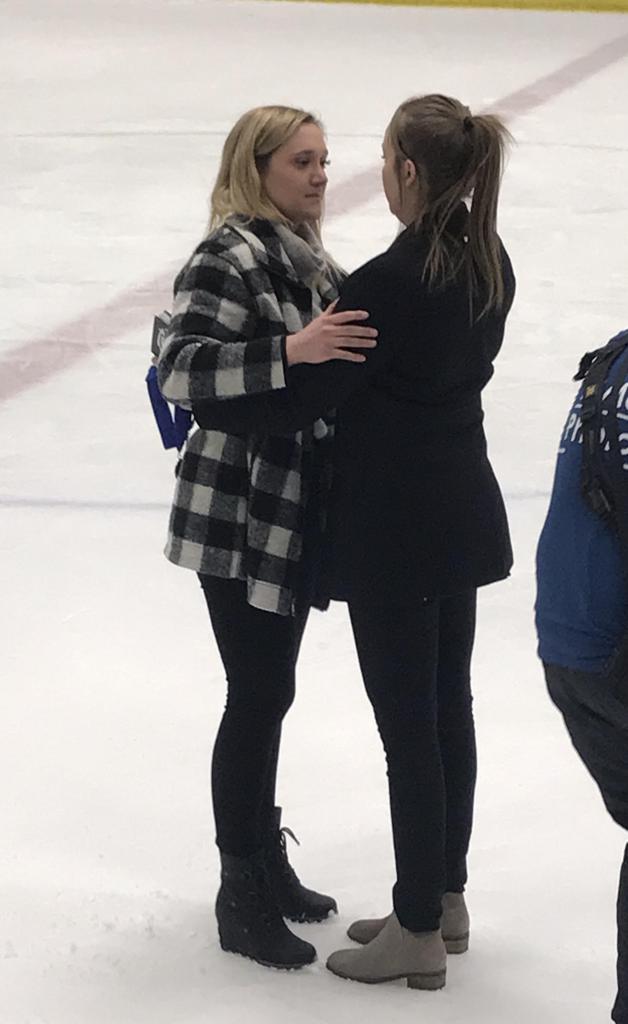