The Mustangs scored three times in the first period en route to a 6-0 win over Cloquet-Esko-Carlton. 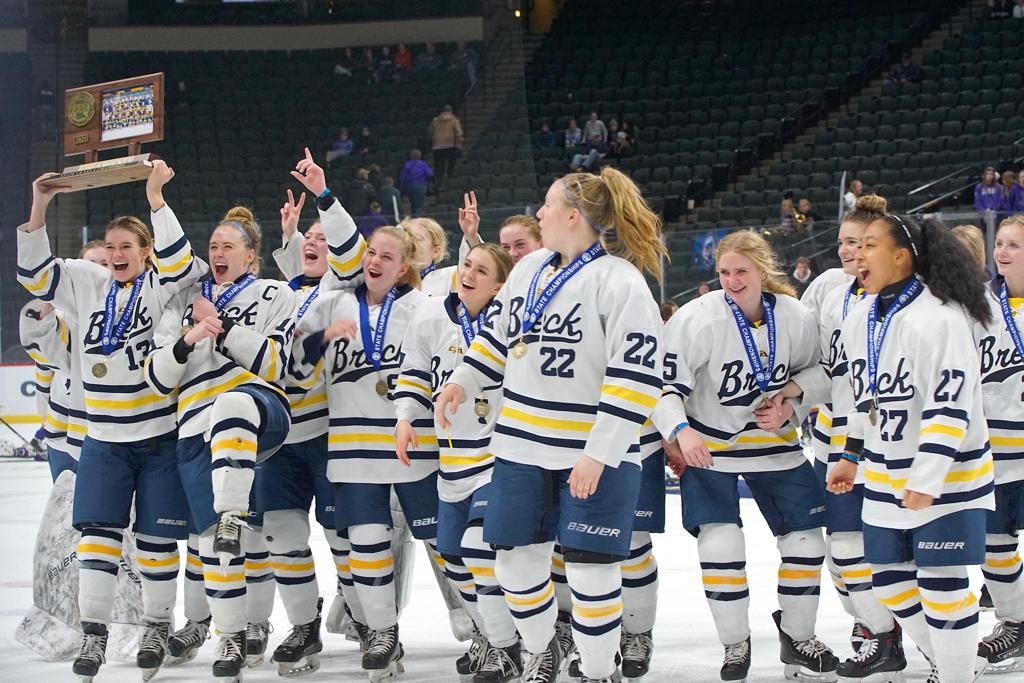 Breck captured its this consecutive Class 1A state title on Saturday night in a 6-0 win over Cloquet-Esko-Carlton. 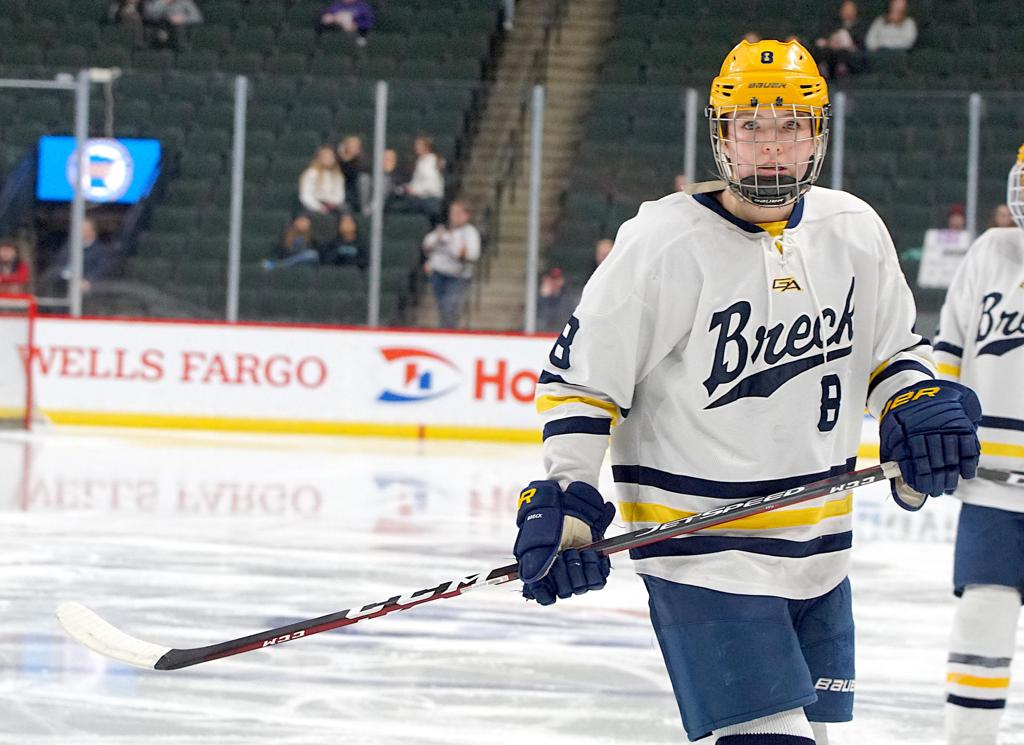 Sadie Lindsay recorded four points for Breck in the Mustangs win on Saturday.

For the third straight season, Breck captured the Class 1A state championship, and for the third consecutive year, the Mustangs have raised questions about their place in the state’s lower classification.

The Mustangs outscored their Class 1A State Tournament opponents 23-2 over the course of three games and sent two of those contests into running-time, which is enacted when a lead is six goals or more in the third period.

What isn’t in question is the dominance exerted by the Mustangs (25-6), who scored three times in the first and added three goals over the second and third for a 6-0 win over Cloquet-Esko-Carlton on Saturday night.

Breck built its 3-0 advantage without a goal from its top line. Instead, the Mustangs got two tallies from Sadie Lindsay and one from Ava Lindsay, a pair of sisters on the team’s second unit along with eighth-grader Hannah Halverson.

“We didn’t really view it as a second line,” Persian said of the trio. “We viewed it as having two very strong lines, both capable of stepping up and putting the puck in the back of the net.”

Cloquet-Esko-Carlton coach Courtney Olin did not attribute the 3-0 hole to anything the Lumberjacks did or didn’t do.

“I don’t necessarily think anything went wrong on our end,” Olin said. “I just think Breck is a very skilled team.”

Olin was diplomatic when asked about whether or not the Mustangs should make the not-so-far jump to Class 2A.

“I will say from our perspective, we’re a team that…we have the players we have in front of us and do our best,” Olin said. “It’s hard to compete (against) a team that pulls their top players from local communities,” Olin continued.

“I wouldn’t trade our girls for anyone.”

Josie Lang scored in the second for the Mustangs, while Olivia Mobley and Shae Messner tacked on third-period goals. Freshman goaltender Sarah Peterson made all 25 saves to earn the shutout.

The win was the final game in a storied high school career for Breck senior forward, and Quinnipiac commit Olivia Mobley, who concludes her lengthy time as a member of the Mustang varsity with 158 goals and 281 points.

“The whole season has been an amazing journey with these girls,” Mobley said. “Being able to end it as state champs for a third time is such an honor. I wouldn’t have wanted to end it any other way.” 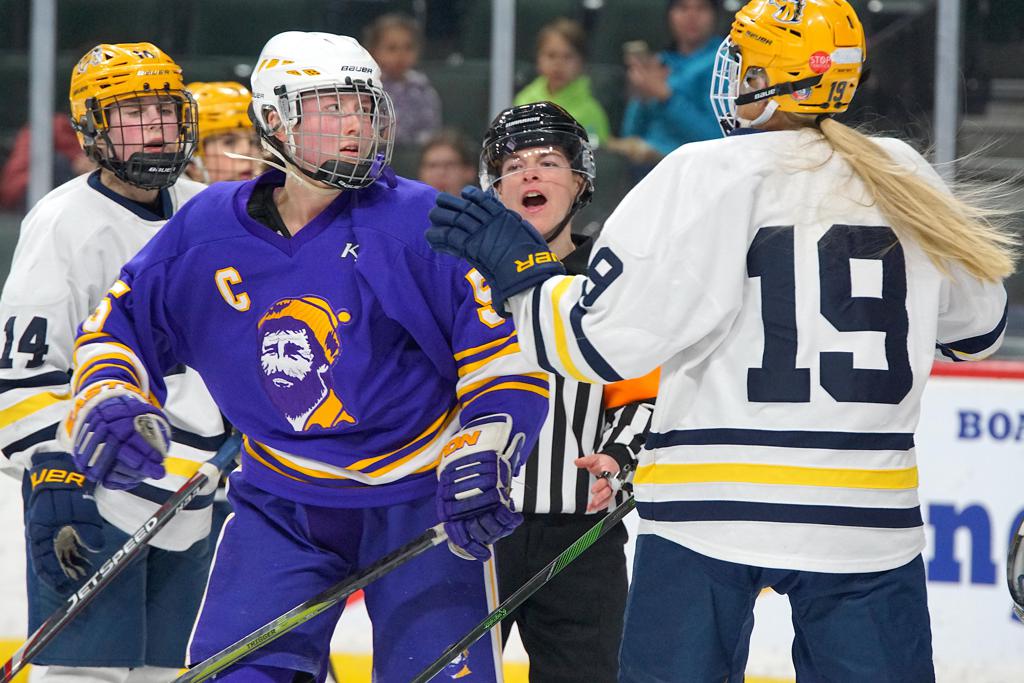 Cloquet-Esko-Carlton's Taylor Nelson (left) was awarded with the Class 1A Herb Brooks Award after the championship game.