2020 Goaltender of the Year Award

Six Boys and six girls selected from across several levels of play vie for the annual Goaltender of the Year Award. 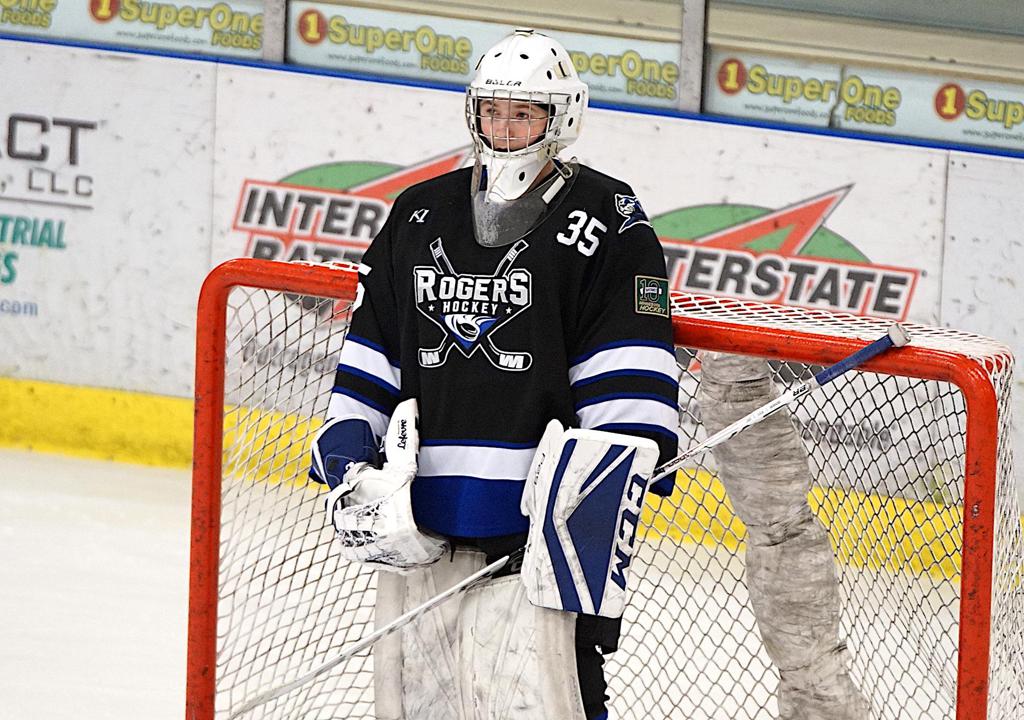 Cade Chapman backstopped Rogers to a Bantam AA State Tournament appearance while appearing in over 50 games as the only goaltender on the Royals roster.

BOYS GOALIE OF THE YEAR CANDIDATES 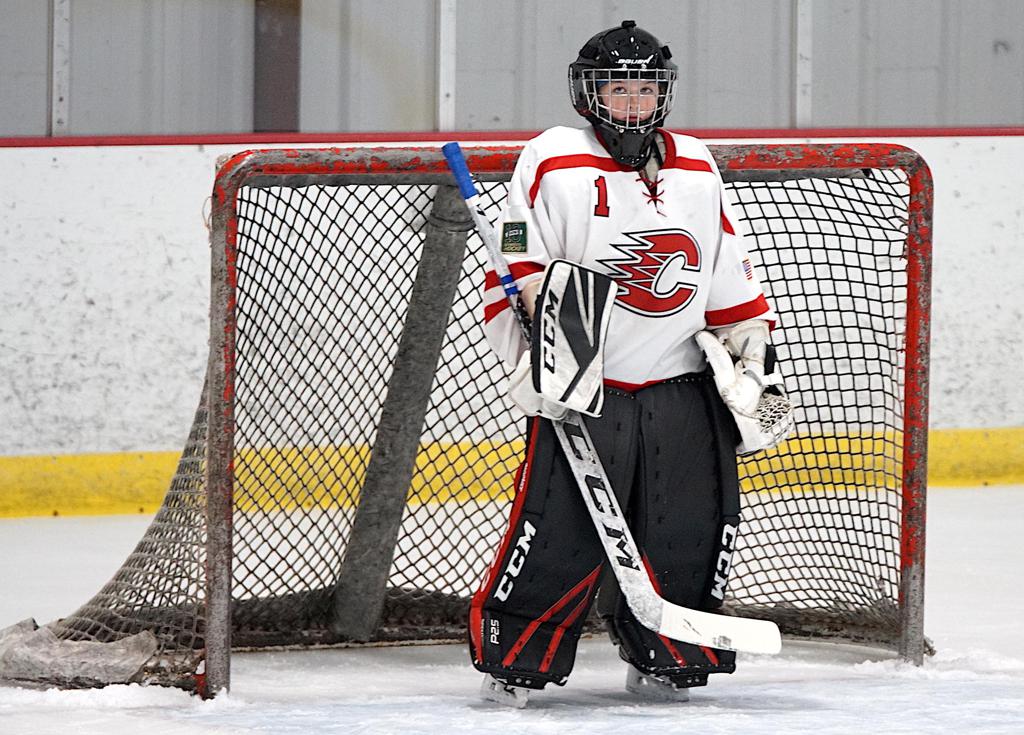 The oft-sprawling Beaton made tough saves look easy throughout the season and drew praise from opposing coaches and tournament officials alike from several events.

Stockman's performance in the Elks' Squirtacular Platinum Division semifinal loss to the Northeast Wisconsin Jr. Gamblers could have landed him on the list alone, but Stockman provided the Elks with a defensive backbone all season.

The outstanding Cody is one of the best lateral-moving goaltenders in the state and has a penchant for making clutch saves under pressure. His performance during the 2019 Big Pumpkin Invitational earned him All-Tournament honors. 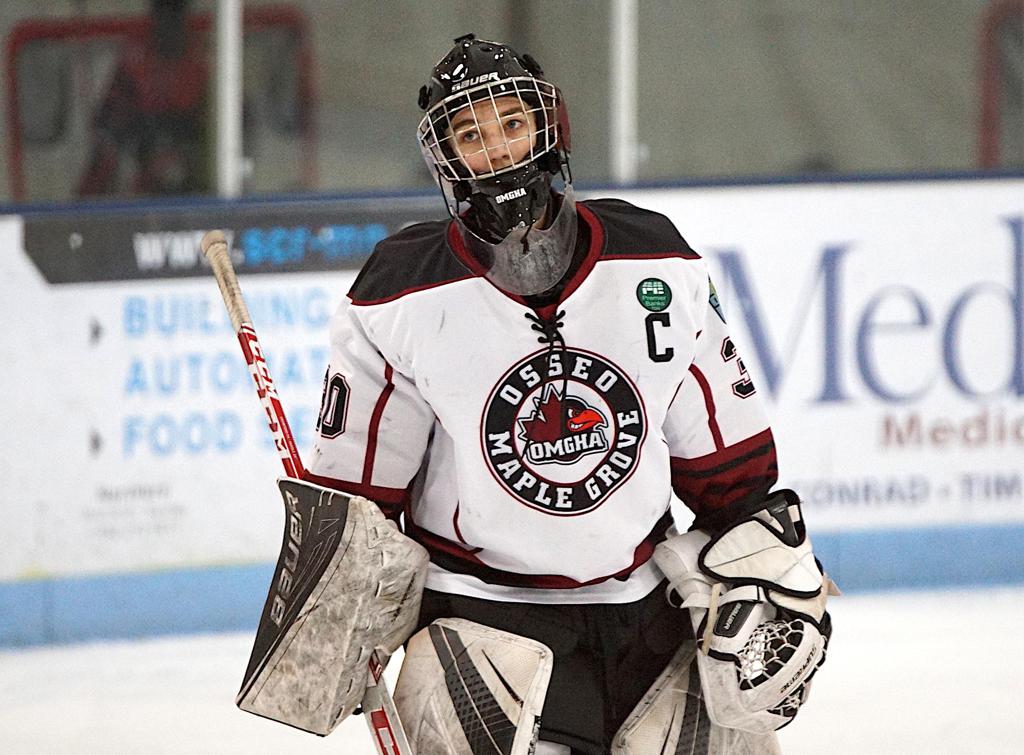 One of the top goaltenders during last summer's NOW Prospects Combine, Price helped backstop the Leafbirds to a team record of 41-7-4, allowing just 92 goals in 52 games. The Leafbirds also posted 11 shutouts this season.

The lone goaltender on the Rogers roster absorbed shots in 56 games this season, earning a marvelous record of 43-10-3 and a birth in the Bantam AA State Tournament. Chapman's play in clutch situations is solidified by the fact that he and Royals went 9-2 in games decided by a single goal.

The sophomore supernova saved his best for the postseason in 2019-2020, stopping 153 of 160 shots for a .956 save percentage during the Zephyrs' run to the program's first Class A state championship. In the final game against favored Hermantown, Dardis turned in the performance of his life, stopping 40 of 42 shots en route to a place on the Wells Fargo All-Tournament Team. Dardis finished the season with some of the best individual statistics in the state, with a 23-8 record and a .933 save percentage. 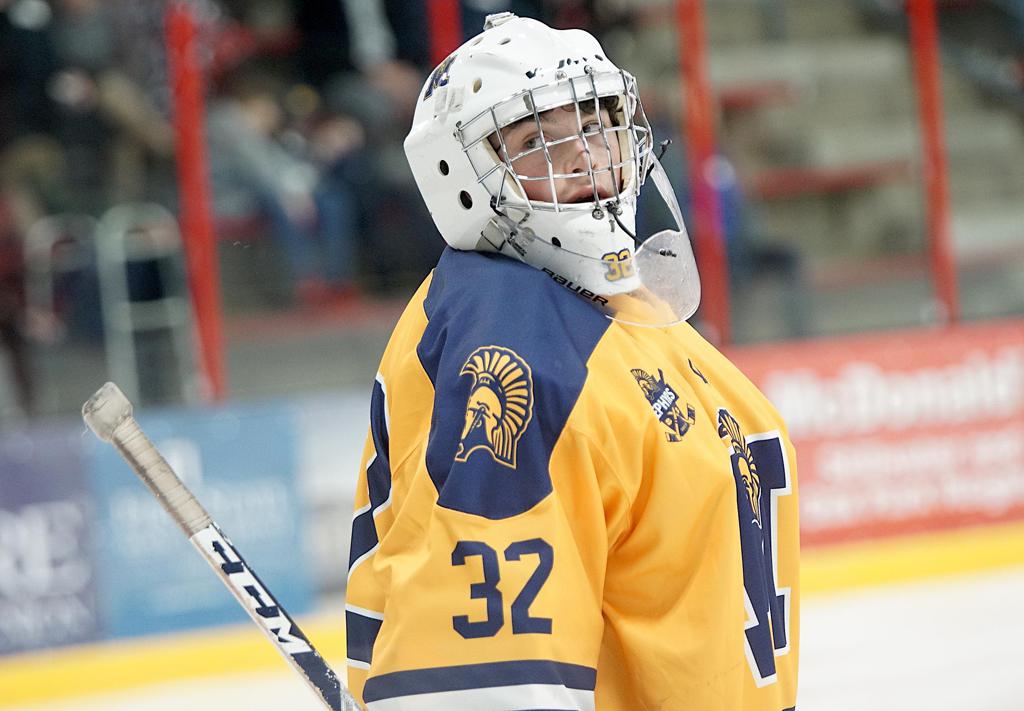 GIRLS GOALIE OF THE YEAR CANDIDATES 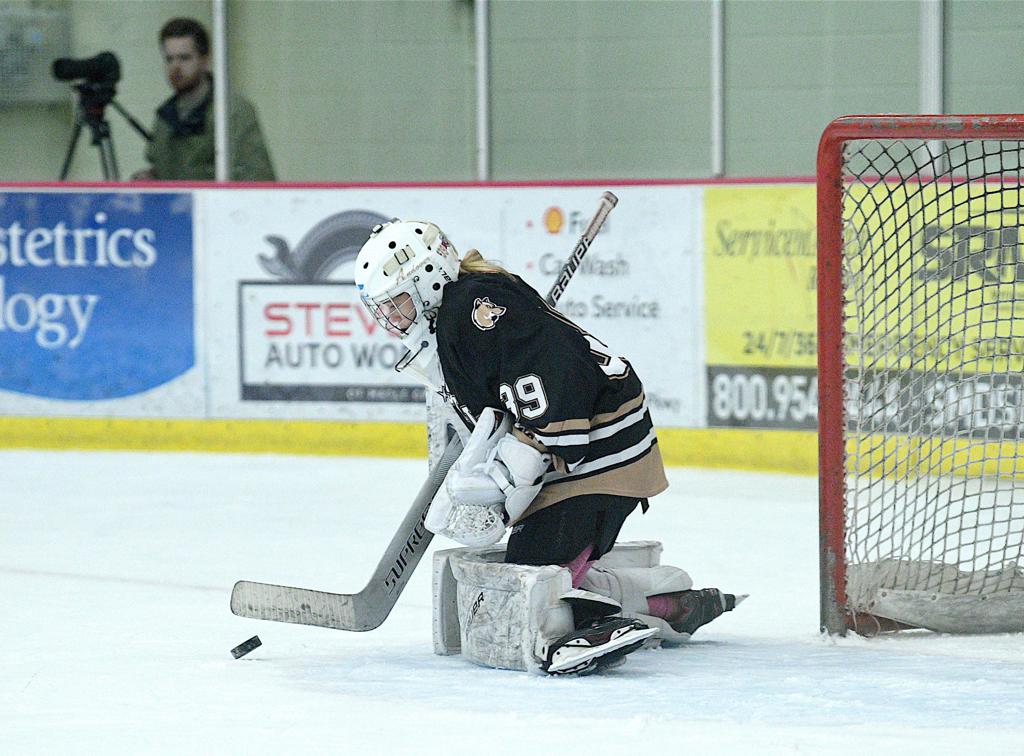 Behr surrendered less than one goal-per-game during the Leafbirds' season, leading the team to a sparkling record of 33-2-3. That record included separate unbeaten streaks of 11, 9, and 12 games, respectively.

An exceptional group in front of her, yes, but Hemp's performance during the 2019-2020 season was excellent as well. The Huskies went 48-1-1 during the shortened campaign, with the lone loss coming during Region play by a score of 3-2 to a quality Alexandria team. Hemp and the Huskies allowed an incredible-low of 26 goals in 50 games, and Hemp recorded 30 shutouts along the way.

Like Hemp, Hannan had a remarkable season at the 12UA level, leading the Hornets to a 44-5-1 record. Hannah allowed just over a goal-per-game during the season and guided the Hornets on a 36-game winning streak before the premature end of the season. 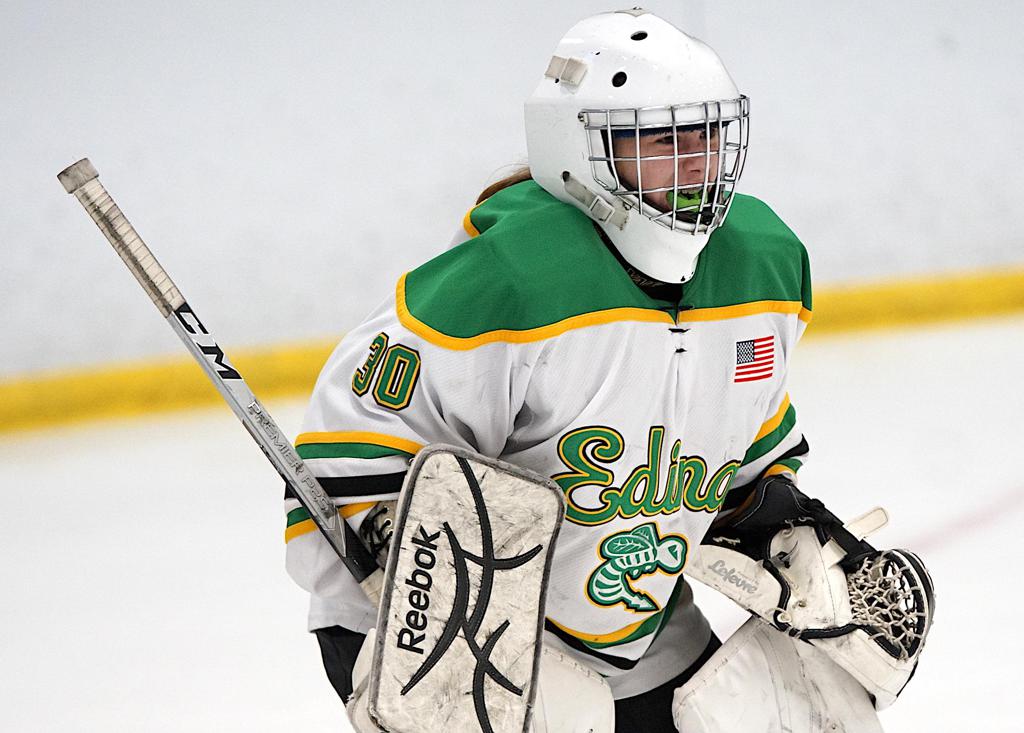 Larson received glowing praise from a handful of opposing coaches during the YHH selection process. Larson guided Anoka-Rogers to a 43-7-6 record this season, allowing 60 goals in the process. Larson also impressed during her time with the District 10 team in last year's High Performance Spring Festival.

Goehner came within one shutout of tying state record-holder Jody Horak this season with 15 blank sheets, and the senior helped take the Rangers to yet another Class AA, Section 7 final. Goehner played every minute this season for the Rangers, going 21-7 with a goals-against-average of 1.72.

Still just a freshman, Corniea played in her third straight state championship game this season, helping the Hornets to their fourth consecutive title game. Corniea and Edina may have fallen to Andover in the Class AA championship game, but Corniea's season is still one for the books. The Princeton commit recorded a GAA of 0.77 in 26 games, a save percentage of .964 and 11 shutouts. 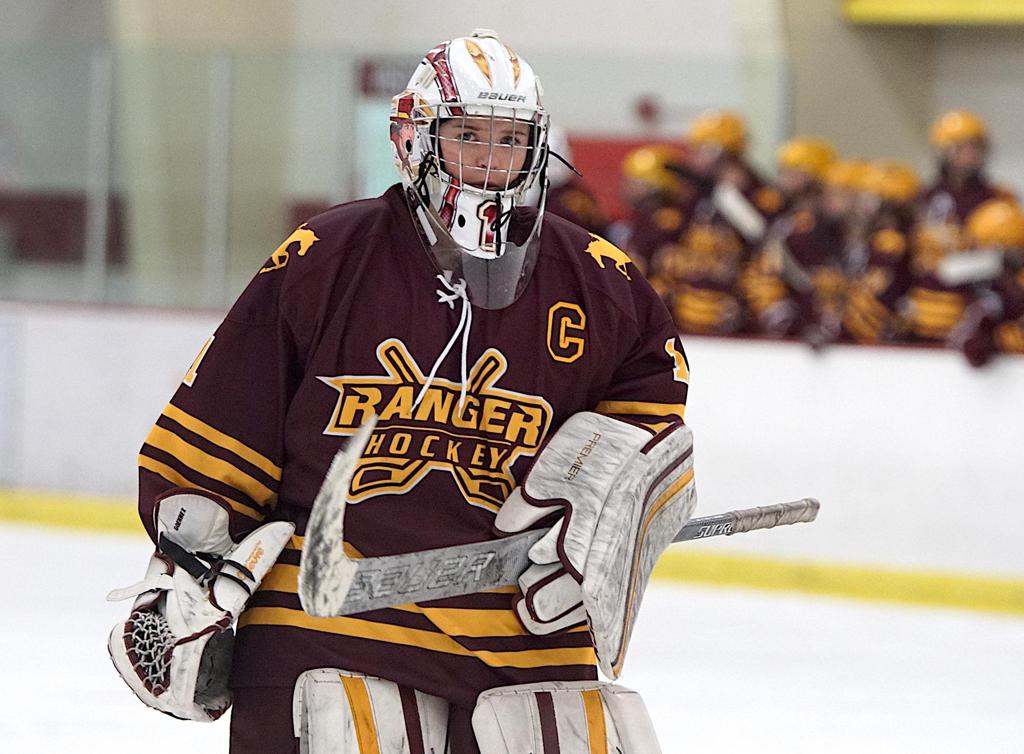