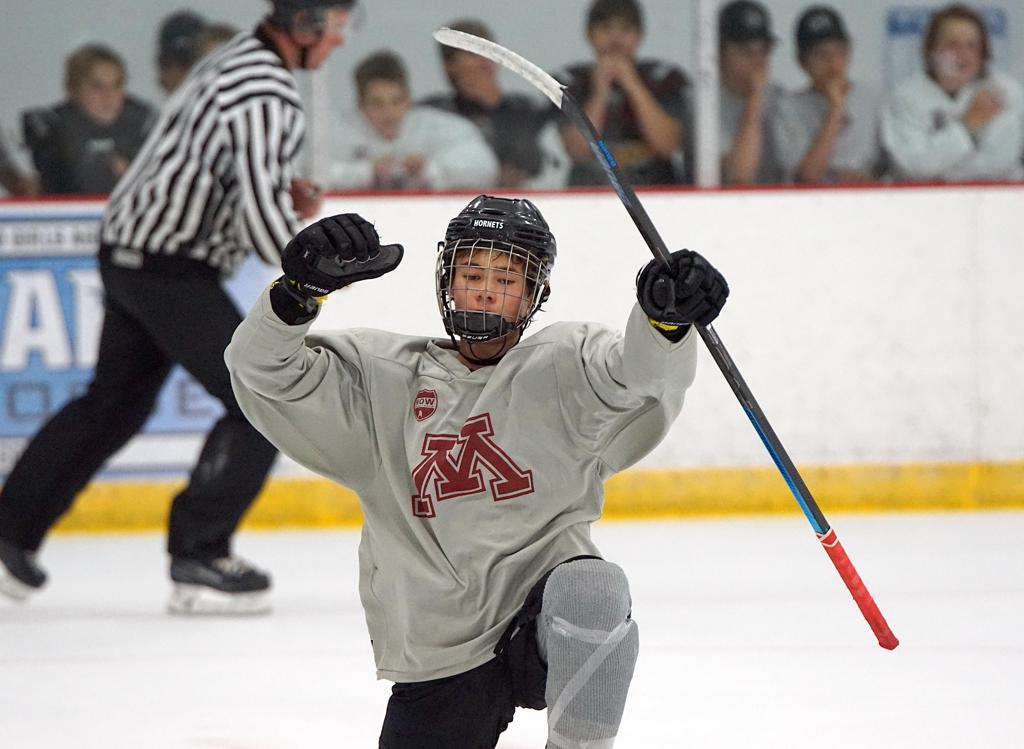 There's A Nonexistent Sheriff In Town

West Fargo may not be the Wild West anymore, but there sure seems to be a lot of shootouts for the growing metro arena.

Three of Wednesday's semifinal matchups went to a three-man shootout, the designated tiebreaker for the week. In those series of one-on-one's, players showcased dazzling moves, deceptive speed, and a commitment to going backhand-top-shelf rivaled only by their commitment celebrating afterward.

Brooks Cullen scored twice for Major Maroon in Wednesday's 3-2 shootout loss to Major Gold, which was powered by regulation goals from Michael Mathison and Nolan Harju. Capping the game in the shootout was Gold's Jacob Franklin, with Case Peterson and Mathison scoring. Tallying goals for Major Maroon in the showdown were Cullen and Cade Sherman.

Meeting Major Gold in the Major championship will be Major Grey, which escaped with a 4-3 shootout win over Major White behind two shootout goals from Quintin Schaefer and Grant Matushak. Schaefer also scored twice and added an assist during regulation to lead all skaters in points.

The Minor Division final will feature Minor Maroon, a team that breezed past Minor White 7-1. Carsen Somers tallied a hat trick in the win for Minor Maroon, with Carson Steinhoff pitching in a trio of assists. T.J. Hale also chipped in a pair of goals in the win.

A furious comeback by Minor Gold forced yet another shootout, as Easton Bahn scored twice to erase a 4-2 lead for Minor Grey and force the extra session. However, the only scorer during the shootout was Grey's Cole Cheeseman, who notched a goal and an assist during regulation in addition to his game-winner.