The longtime St. Thomas Men's hockey coach discusses changes in program stature, recruiting targets, and how the invitation to the CCHA came to be. 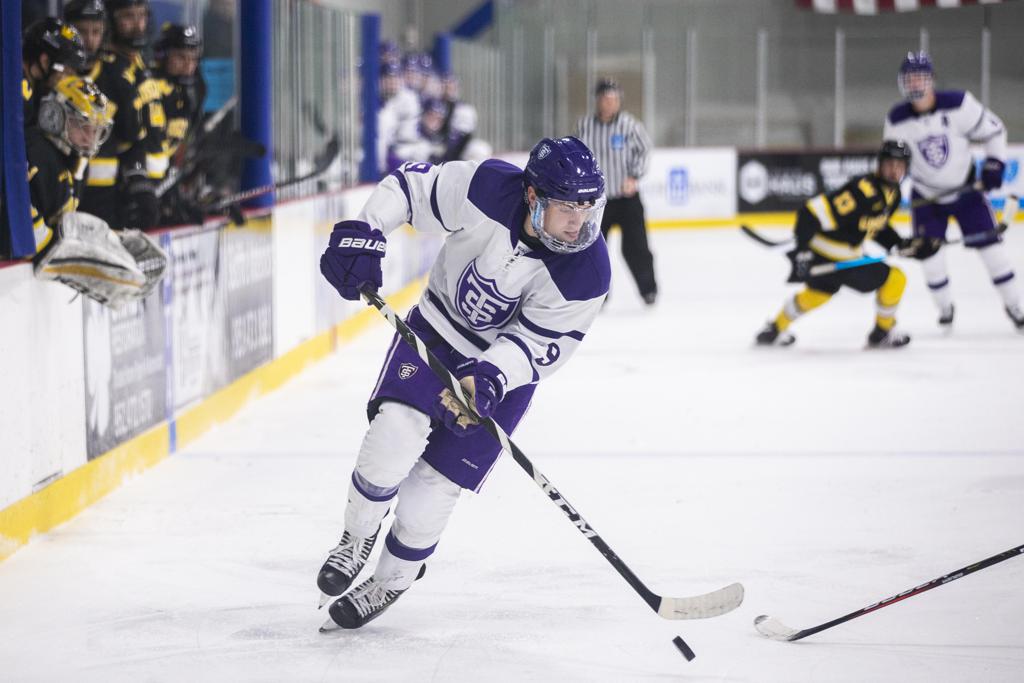 It feels as though University of St. Thomas Head Coach Jeff Boeser is more excited about the process of transitioning to Division I than he is about the rewards that come along with it.

Even if one of those rewards is joining a conference with established programs, immediately giving the Tommies a selling point when it comes to enticing Twin Cities hockey talent.

“We’re very humbly excited and grateful that CCHA accepted us as one of their teams,” Boeser said in a phone interview in late July. “Now, the work begins.”

The Central Collegiate Hockey Association was disbanded after the 2012-2013 season when three schools, Michigan, Michigan State, and Ohio State, opted to leave the conference in favor of the Big 10.

Boeser said that the Tommies’ acceptance into the conference was heavily aided by the relationship between St. Thomas Athletic Director Phil Esten and CCHA commissioner and former University of Minnesota head coach, Don Lucia.

“(Esten) had a relationship with Don Lucia, and then Lucia reached out to Phil to go through the channels, and we got accepted,” Boeser said, adding that the foundation of the Esten and Lucia’s friendship was laid long ago.

“I always tell people, the hockey circle’s small, and it’s amazing how things can go full-circle.” 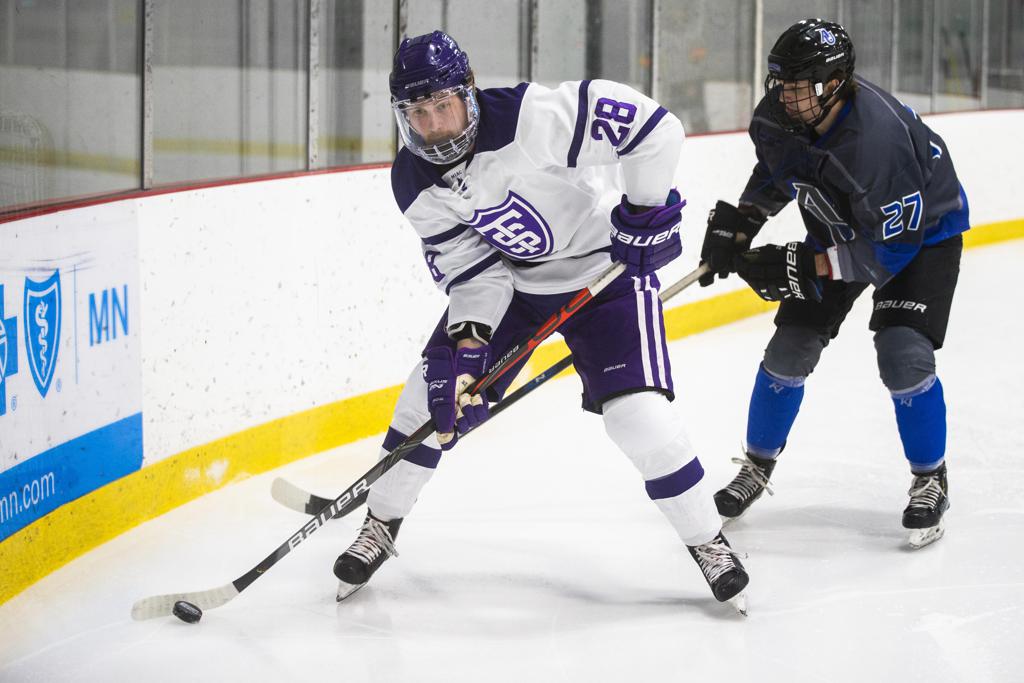 Josh Norman appeared in four games for the Tommies during the 2019-2020 season. Photo credit: Liam Doyle/University of St. Thomas.

The Tommies will begin CCHA and Division I play with the 2021-2022 season, and while any program that is making the jump from Division III to Division I will be expected to grow at a reasonable pace, the Tommies have an edge in one area: recruiting.

UST’s backyard is full of Division I talent, and the connections between the school, alumni base, and the surrounding the metro area should pay early dividends on the recruiting trail. This happy conflation of geographic advantages and resources is something Boeser is looking forward to but isn’t banking on blue-chip players breaking down his door just yet.

“With our institution, nothing really changes, Boeser said. “Academically and athletically, we strive for excellence every day, and that’s not going to change. We’re looking for character, and it’s really important that we do our homework,” he continued.

The Tommie roster features nine Minnesota natives that will return for the 2020-2021 season barring any transfers, including fleet-footed forward Sam Huff of Maple Grove, who at one point during his recruitment was verbally committed to Minnesota.

Boeser points to Nick Bydal as the driving force behind the Tommies’ sure-to-be bolstered recruiting efforts.

“I have an assistant coach that loves to get out there and pound it,” Boeser said of Bydal. “He made a lot of connections in Canada, the USHL, the NAHL, and with high school players, so we feel we’ve had a good start, and we’re excited to move forward.”

While espousing on the commendable scouting work Bydal has already done, Boeser practically radiates with excitement for the Tommies’ women’s program, saying that women’s head coach Tom Palkowksi is about to take on the nation’s best in the WCHA.

“He’s gonna play the top two teams in the nation next year,” Boeser said, alluding to the conference games the women’s program will play against the University of Minnesota and the University of Wisconsin. “To put in perspective, it’s like (St. Thomas men’s basketball coach) John Tauer going to play Duke or North Carolina, or (women’s basketball coach) Ruth Sinn going to play UCONN. Tom’s going to be doing that in women’s hockey.”

Boeser’s enthusiasm for the upcoming opportunities is tempered somewhat by a seasoned philosophy that befits a man who’s spent over 40 years in the game and the last 10 as the Tommies’ bench boss.

“I’m really excited about the challenge, but we have to be patient,” Boeser said. “Rome wasn’t built in a day. We’ll just start grinding. It’s going to be a lot of growth, a lot of homework, and we’re just excited,” Boeser continued before punctuating his eagerness with one final exclamation. 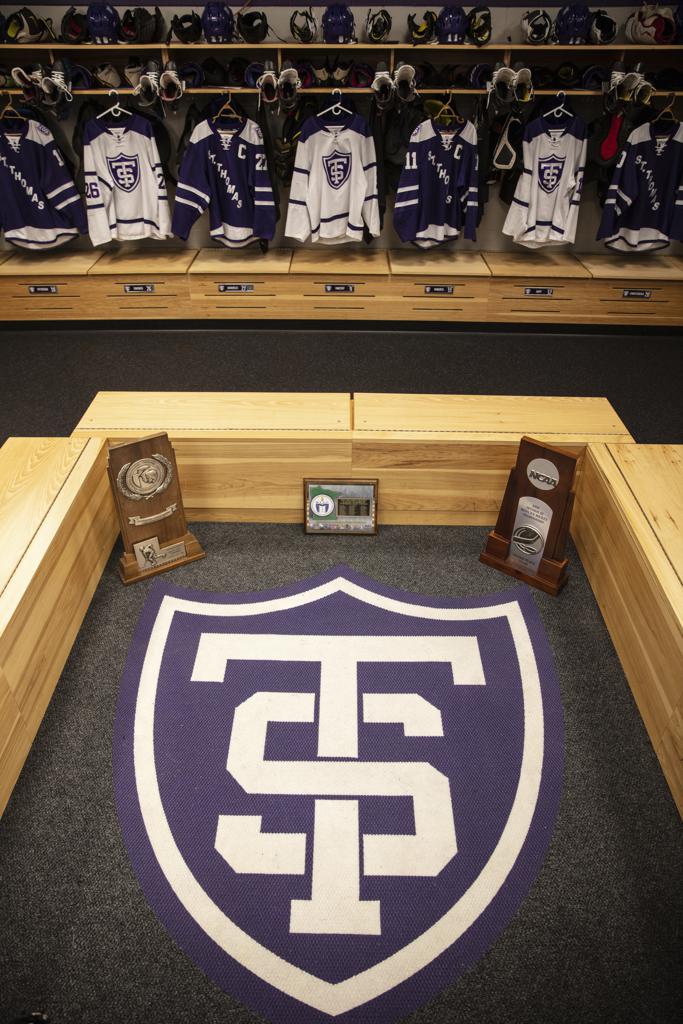