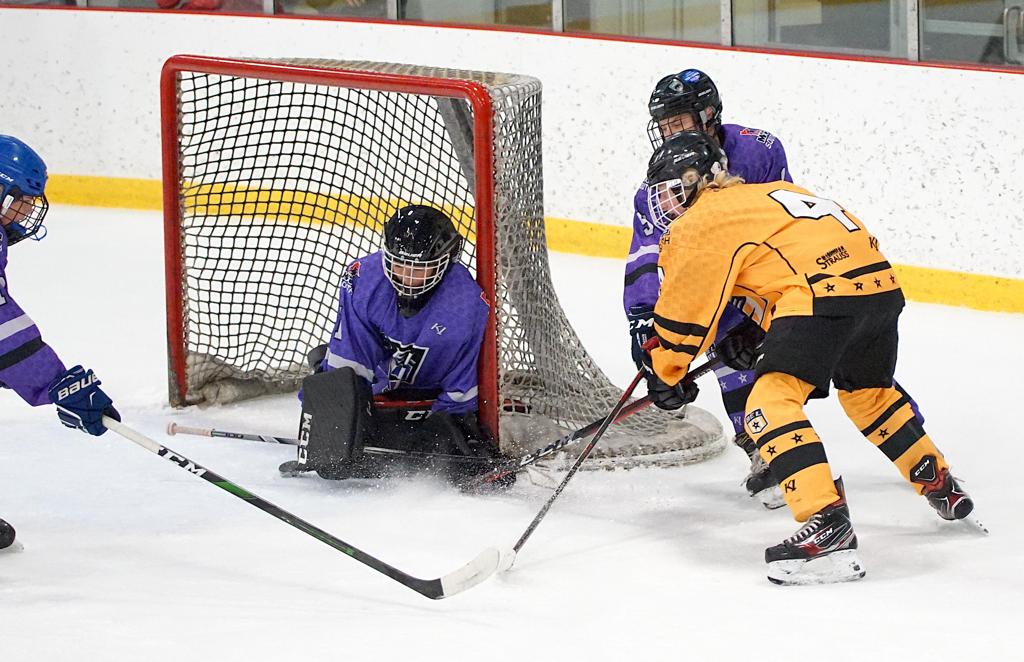 John Hirschfeld scores the eventual game-winner for the Bruins in Wednesday night's 3-2 win over the Kings. 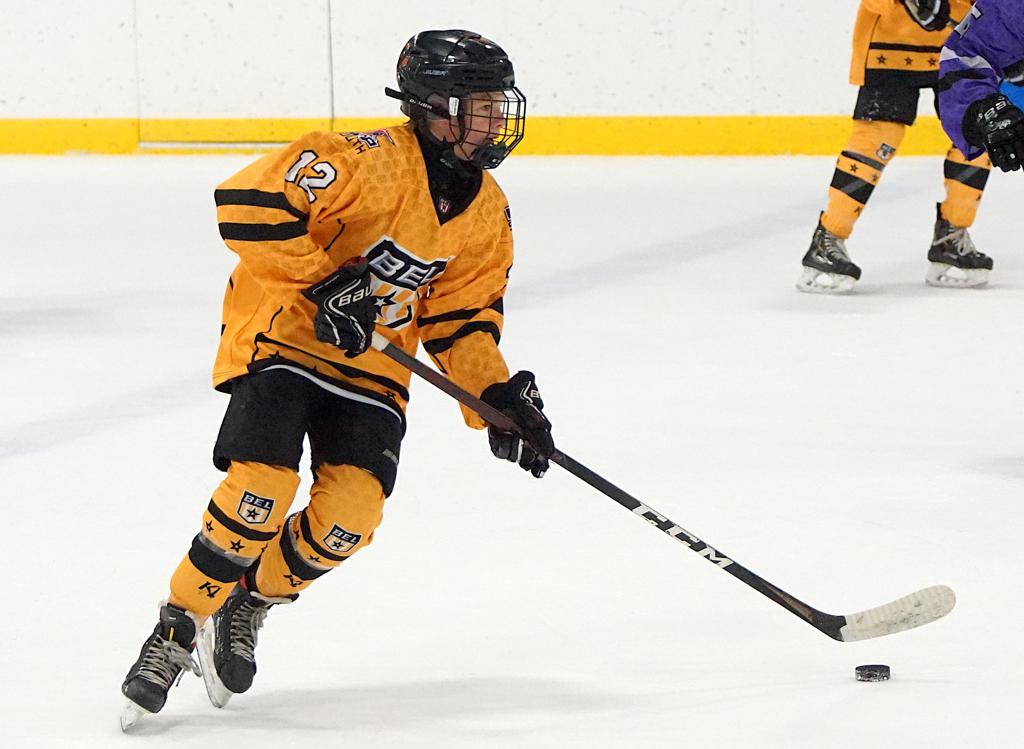 The Bruins scored three consecutive goals to erase a 2-0 deficit and earn a 3-2 win over the Kings on Wednesday night, picking up their second win in as many games.

Dylan Otten and Luke Myers scored early in the first half to spot the Kings a 2-0 lead, but the advantage was erased less than four minutes later with Parker Deschene and Cade Sherman tallying one goal each for the Bruins.

Powered by a nine-save, zero-goals-allowed second half by Zach Price and a timely wraparound goal by John Hirschfeld, the Bruins took the lead and held on for the win. Wednesday night’s victory, and the win last Sunday over the North Stars, ended a three-game losing streak for the Bruins as the Bantam Elite League Minor Division enters playoff weekend. 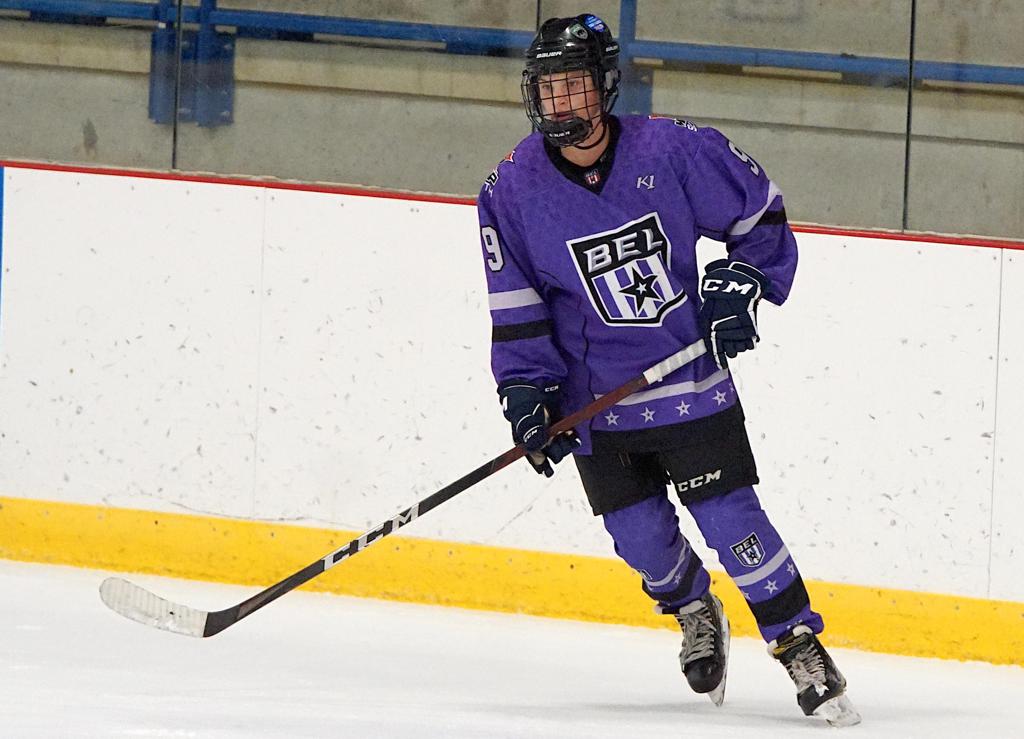 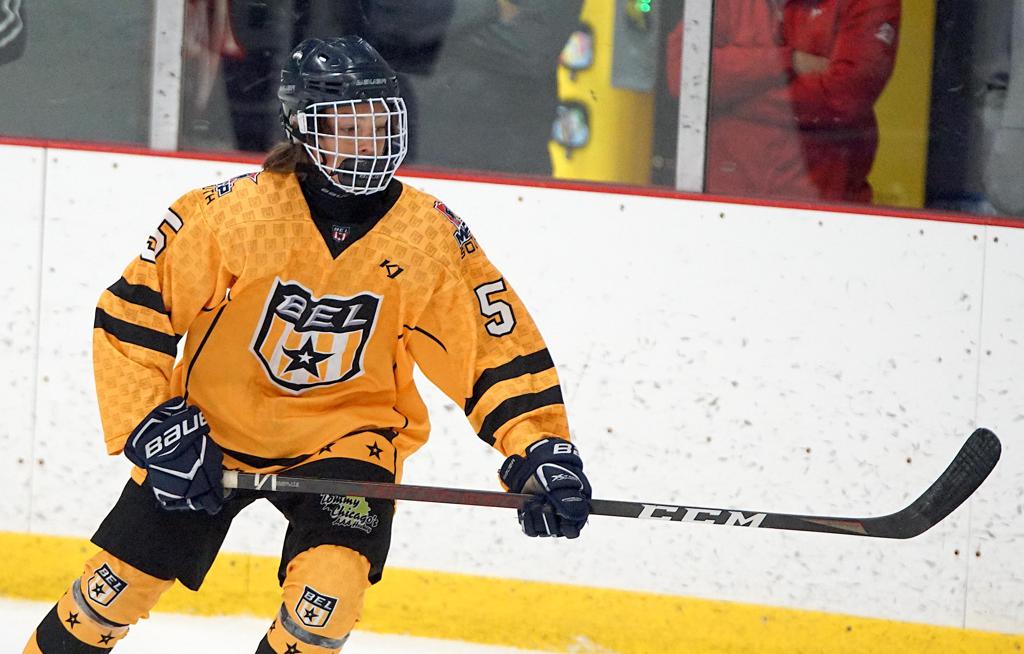 Cade Sherman notched a goal in the Bruins' win on Wednesday night.

Despite a furious comeback attempt by the Sharks, including three goals in the final nine minutes of regulation, the Penguins held on for a 7-5 victory, solidifying the fourth seed for the upcoming BEL Minor Playoffs.

The Penguins took a 3-1 lead into the second half on goals by Quintin Schaefer, Griffin Krone, and Grant Matushak, spoiling the 1-0 lead Will Dosan game the Sharks in the first three minutes of the game. Schaefer, Matushak, and Krone recorded goals in the second half, with a Jackson Ernst goal for the Sharks sandwiched between them, to extend the Penguins’ lead to 6-2 with just over 16 minutes to play in regulation.

Whether it was blood in the water or a simple relaxation by the Penguins, the Sharks rallied to get within one at 6-5 following a pair of goals by Will Dosan and a single tally by Ryan McPartland, who also assisted on Dosan’s first goal of the half. Alas, Krone notched an empty-netter to ice the game for the Penguins, running their record to 4-4.

Defensively, Penguins goaltender Leo Grabriel was the star, stopping 19 of 20 shots against the high-powered Sharks. Even with the loss, the Sharks maintain the top spot in the standings after Wednesday’s games with a record of 6-2. 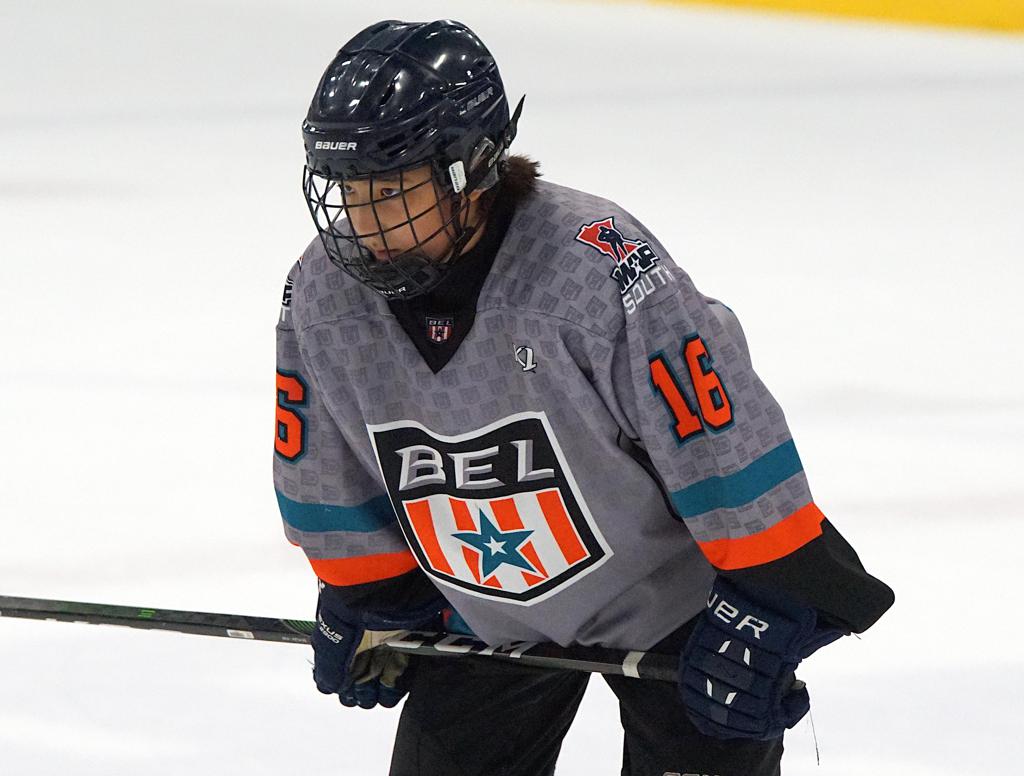 Will Dosan registered a hat trick in Wednesday's 7-5 loss to the Penguins. 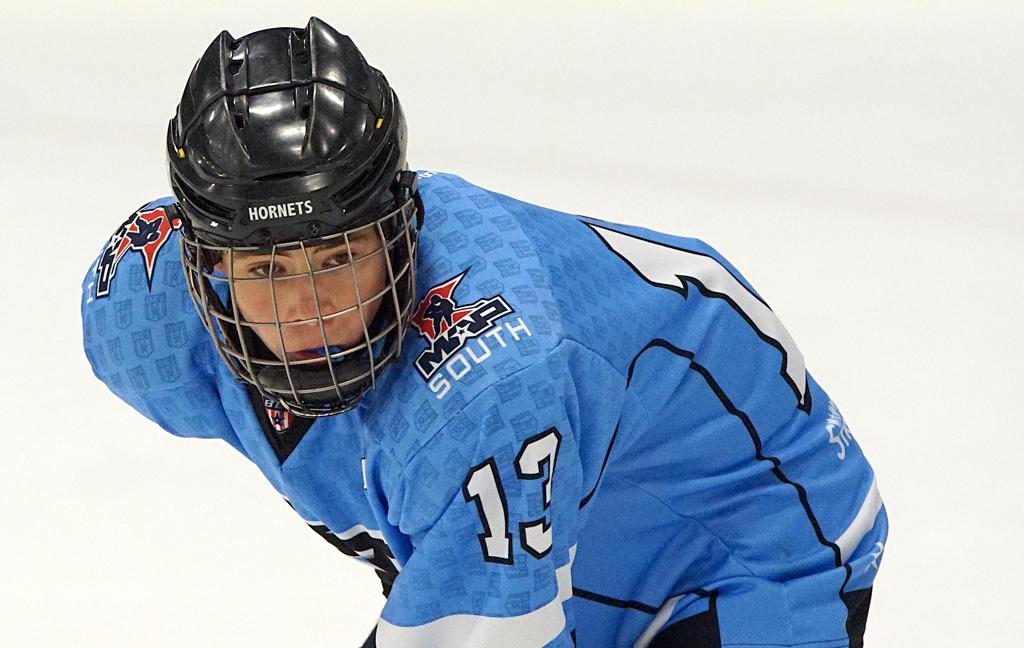 Quintin Schaefer scored twice to help the Penguins to a 7-5 win over the Sharks on Wednesday.