The league's final slate of games to be played at St. Thomas Ice Arena in Mendota Heights.

Beginning the Bantam Elite League’s Minor season with four consecutive losses wasn’t what Wisconsin had in mind, but the slow start did little to deter the group.

Wisconsin picked up its sixth and seventh consecutive victories on Sunday, earning the league’s championship with a dominant 7-0 victory over the North Stars.

Powering the win for Wisconsin on Saturday were Cade Kozak and Cullen Potter, who each scored a goal and dished out two assists, and Ty Bashaw, who scored two goals in the contest. Sam Kappell, Mason Peapenburg, and Michael Mikan added one goal apiece to round out Wisconsin’s scoring summary, while Zach Schave and Aidan Kaiser combined to stop all 15 shots the North Stars put on the Wisconsin net.

In a testament to the balance of Wisconsin’s attack, four players totaled 14 or more points in the team’s 11 games, with every skater recording at least one point throughout the season. The team never scored less than three goals in a single game and outscored their playoff opponents by a staggering total of 23-5.

Forward Cullen Potter was named the league’s Most Valuable Player, registering seven goals and 11 points during the playoffs. In total, Potter racked up eight goals and 15 points in six games played finishing second on his team behind Joey Argentina and Bryce Wiitala, who scored totaled 16 points. 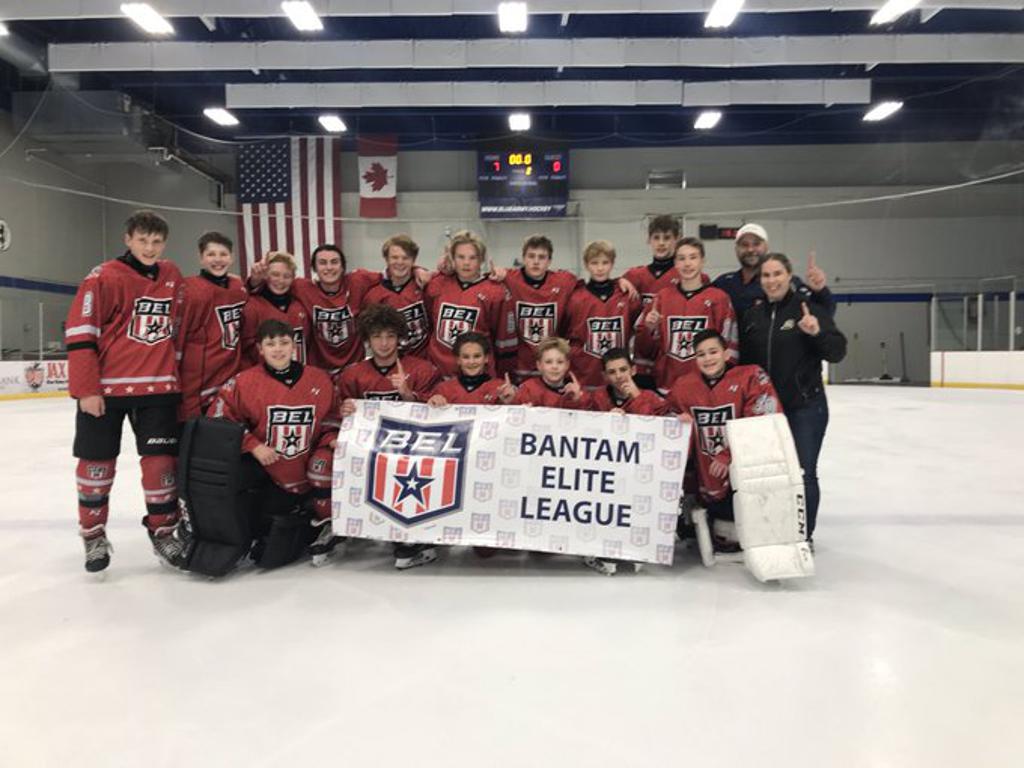 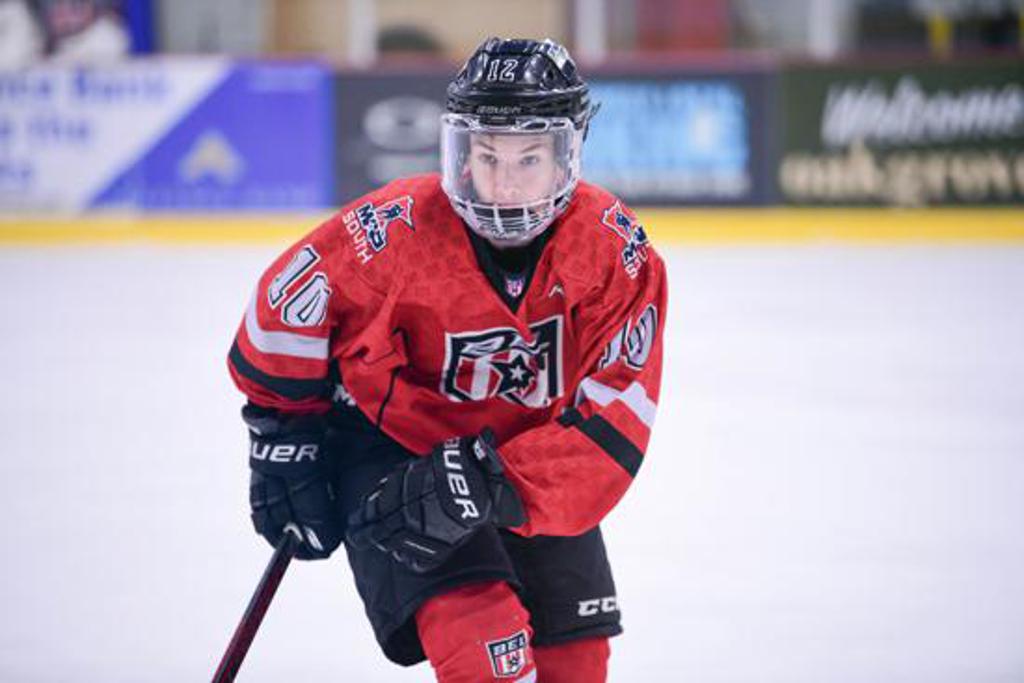 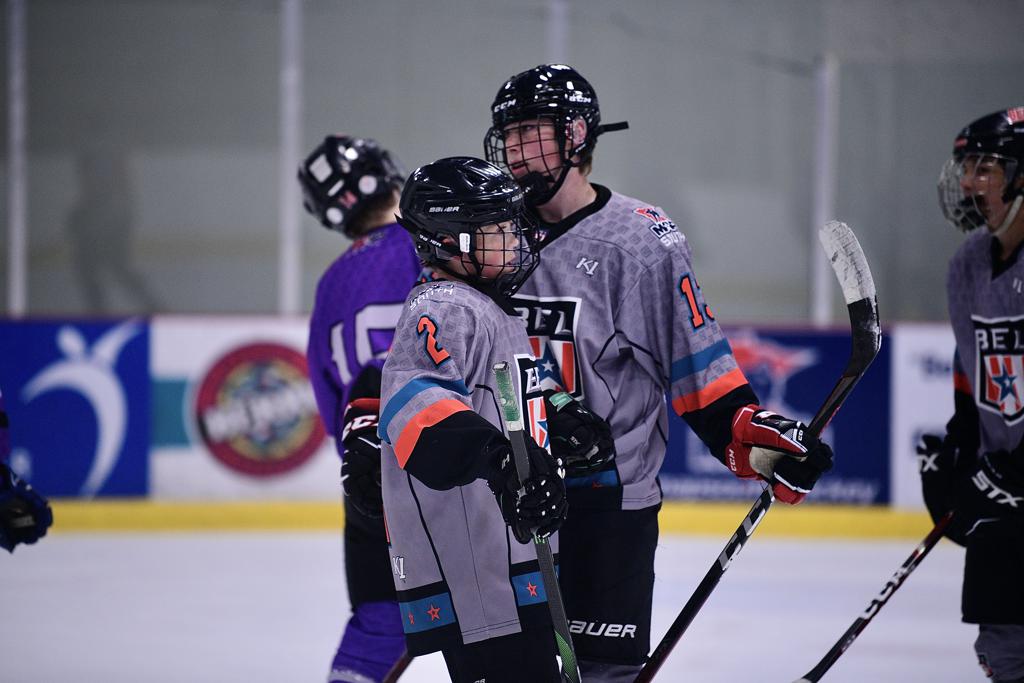 Tucker Johnson had a goal and an assist for the Sharks in their comeback win over the Kings.

WISCONSIN WINS 7-3 TO ADVANCE TO THE SHIP

Cullen Potter had had a Texas Hat trick for Wisconsin to come back from a 3-1 deficit to defeat the Sharks to advance to the Championship Game. Aidan Kaiser also had a stand out game in net for Wisconsin after being put in 12 minutes into the first collecting a shut out on 14 shots. 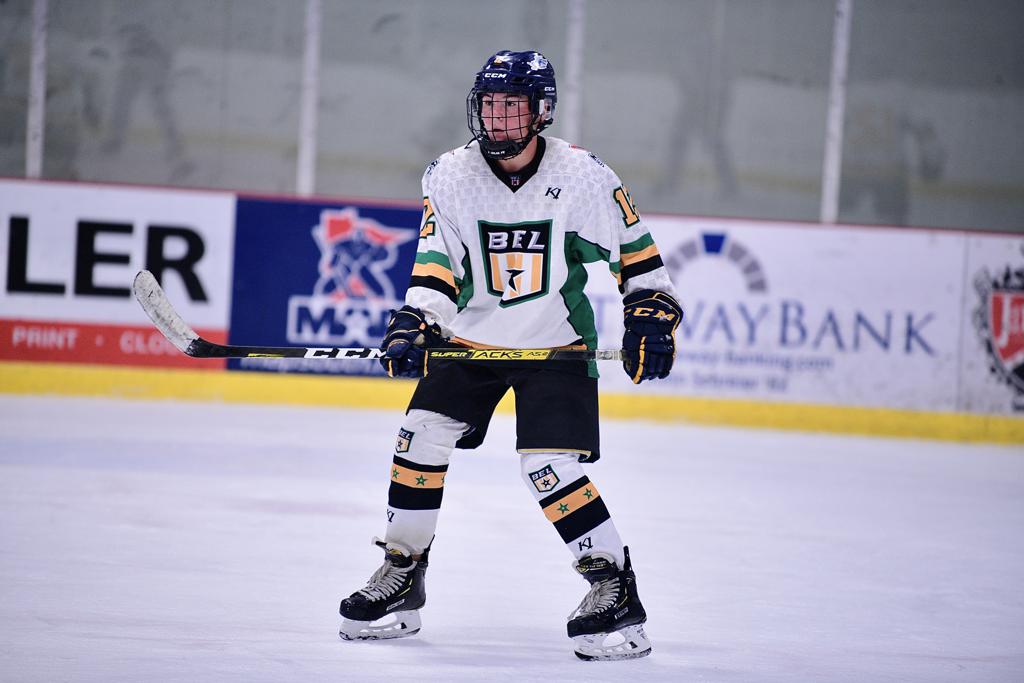 River Freeman had a goal and an assist for the North Stars as they defeat the Kings to advance to the Championship against Wisconsin. 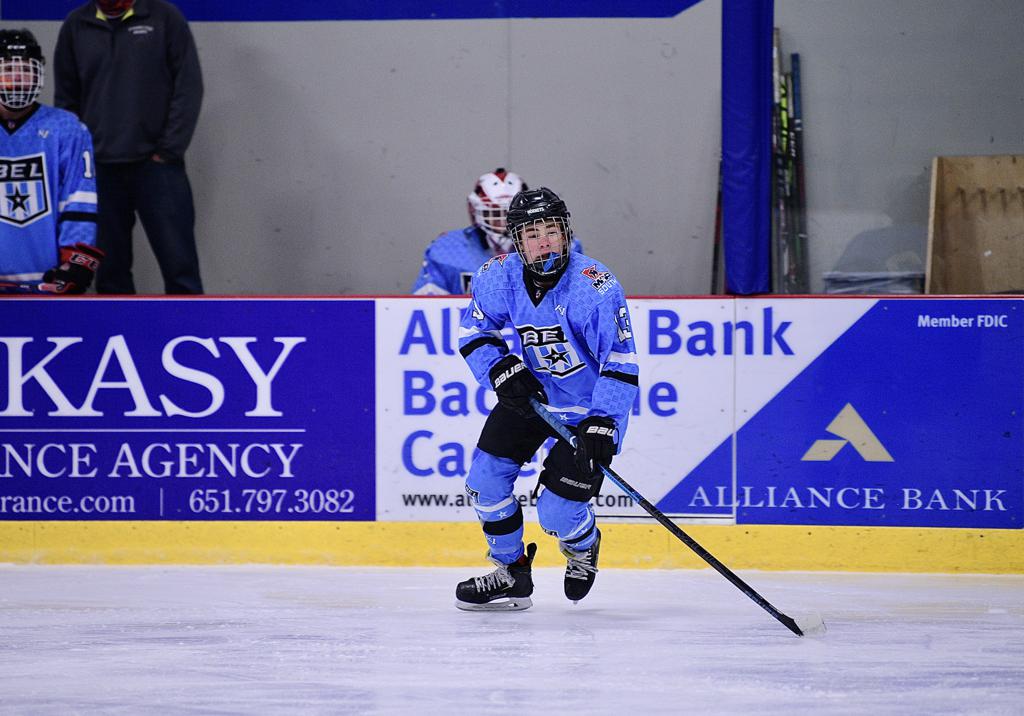 Quintin Schaefer had two goals for the Penguins in their win against the Bruins. 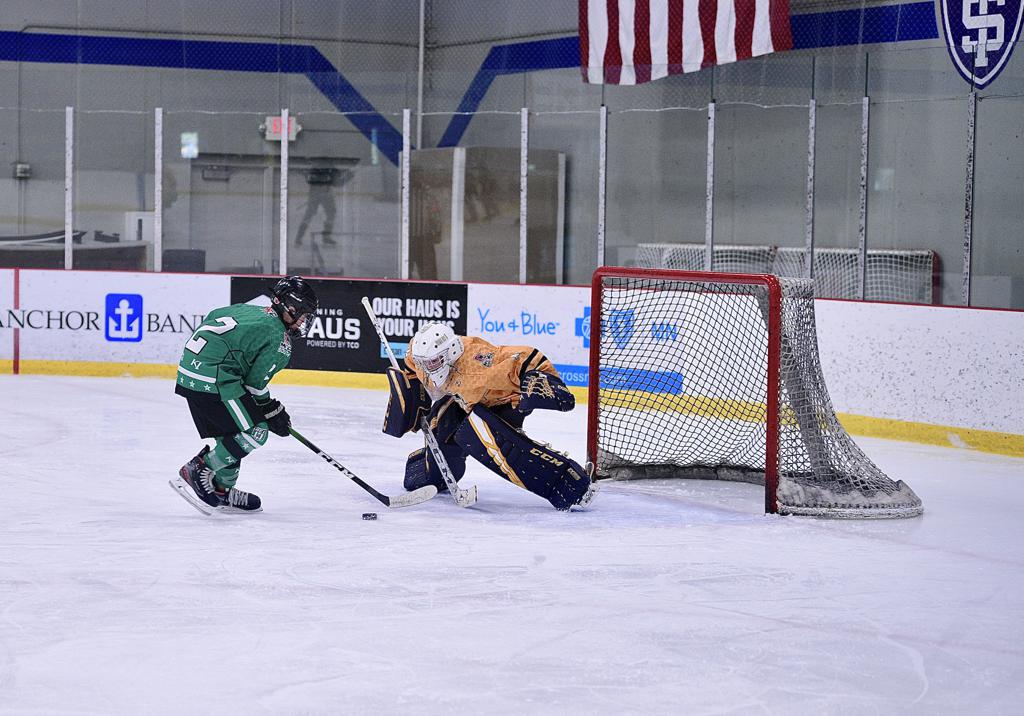 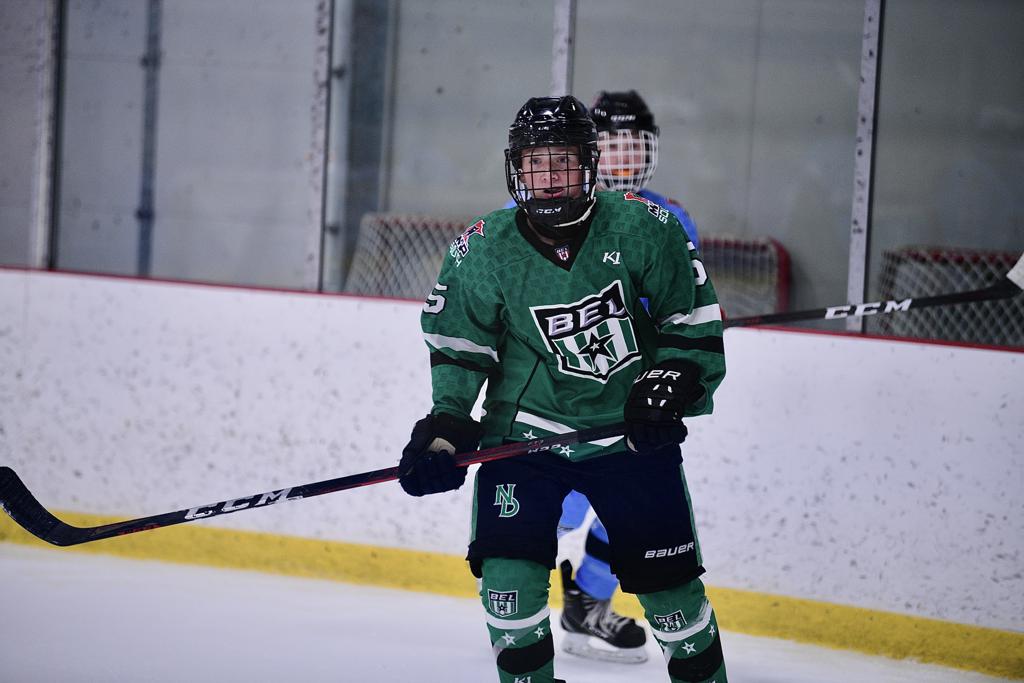