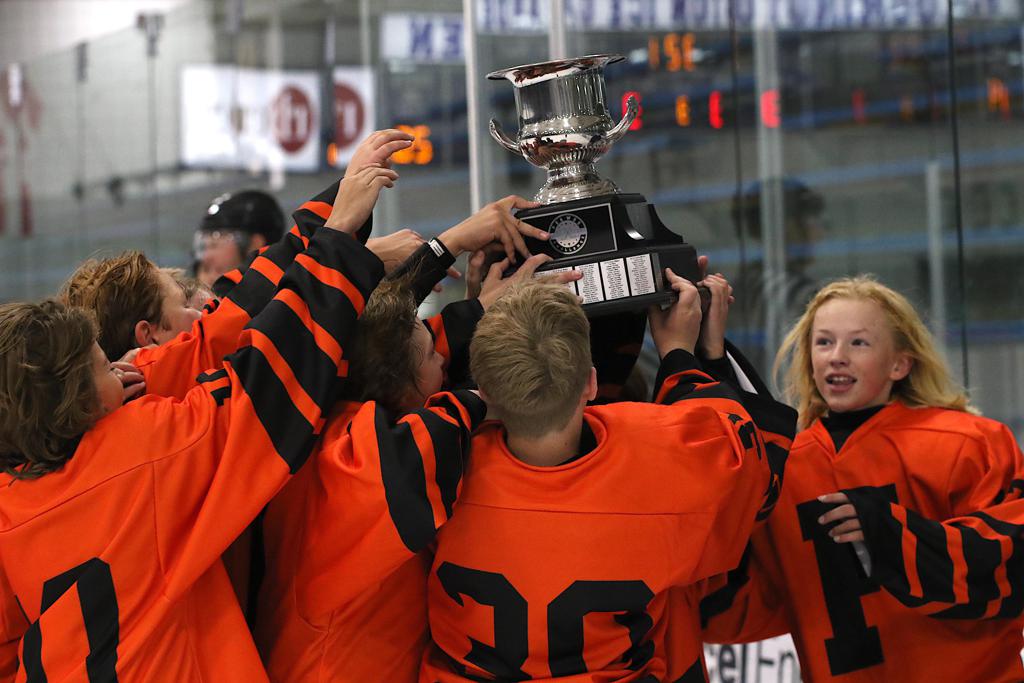 If you're going to a horse race, it's probably best if you bring a horse.

Farmington's Grace Laager was her team's stallion over the weekend, notching four goals in four pool play games and scoring in Sunday's shootout to help the Tigers edge Detroit Lakes 3-2 in the Girls Minor championship.

An understandably sleepy first half resulted in a 0-0 score entering the second frame, in which Farmington netted two goals in less than 90 seconds. Standouts Skylar Sorgaard and Maya Godfrey marked the scoresheet for the Tigers. Eight minutes later, Detroit Lakes answered with two quick goals of their own, as Layla Garofalo pulled the Lakers within one and Taylor Schreifels tying the game with just over five minutes remaining in regulation.

After a five-minute overtime, the teams entered a shootout, a fitting end for two evenly matched groups. Laager and Sarah Johnson each scored during the one-on-one's, while Kara Weiland stopped both shots she faced to cap a clutch performance between the pipes.

For her performance, Laager was selected as the tournament's Most Valuable Player. 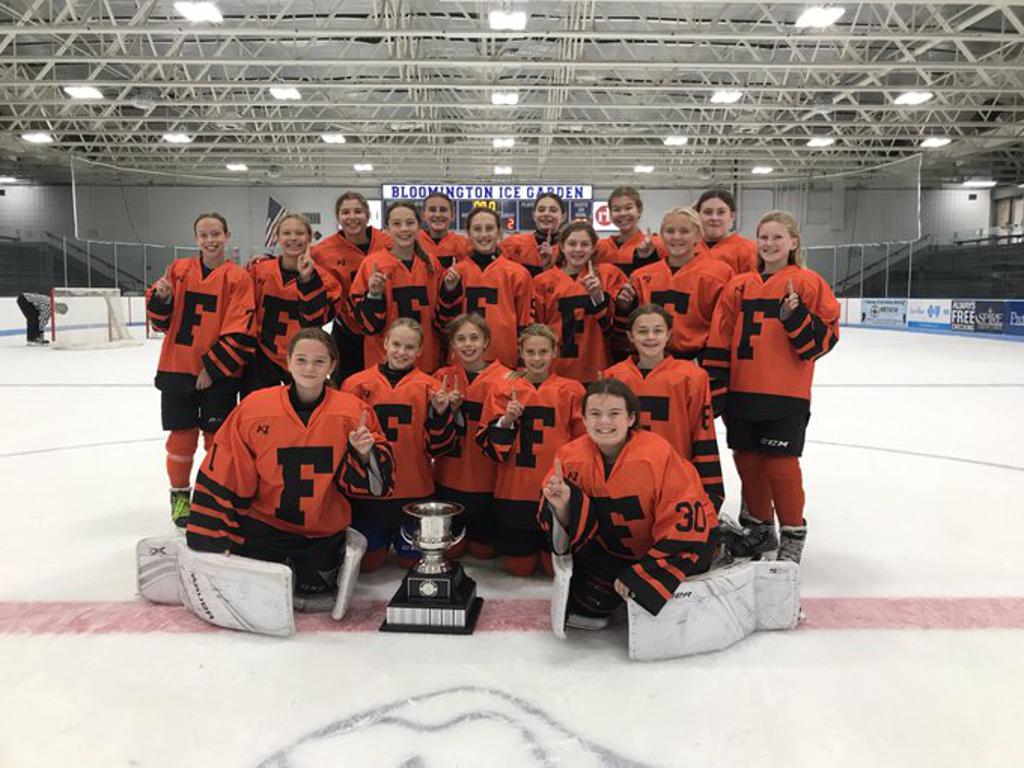 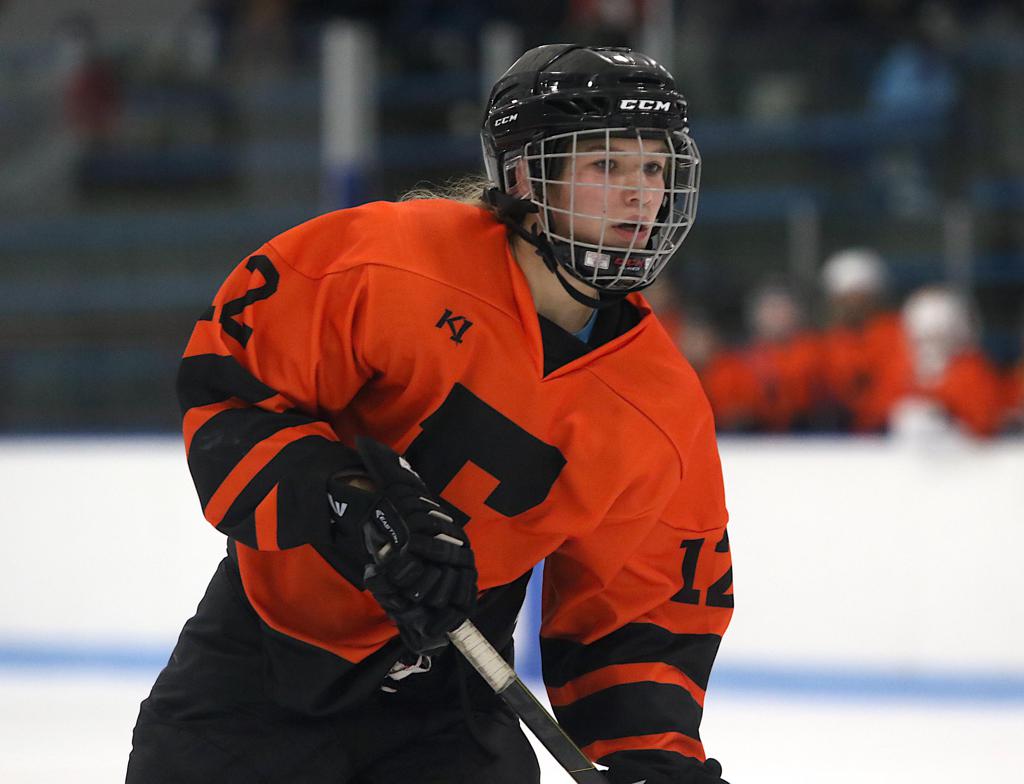 Farmington made the (COVID-appropriate) crowd wait for the fireworks, but the Tigers' comeback in the second half in the Boys Minor championship game made the masks and the distancing worth it.

White Bear Lake jumped out to a 2-0 lead in the first half, thanks to goals by Adam Margenau and Easton Bahn, and seemed primed to build its lead with a strong second stanza.

However, Farmington replied with a pair of goals less than nine minutes into the second, with Cole Purrenhage and Micklain Martalock scoring on the power play and at even strength, respectively. White Bear Lake's Bahn put the Bears ahead 3-2 with just 5:49 remaining in regulation, but once again, the Tigers had an answer, as Matalock notched his second goal two minutes later.

The second championship game also went into overtime but ended 39 seconds in when Purrenhage whacked in the game-winner from low in the White Bear Lake slot, giving the Tigers the title and four wins on the weekend.

Jace Panzer was named the Tournament's Most Valuable Player, assisting on the tying and game-winning goals and totaling two goals and seven points over the weekend. 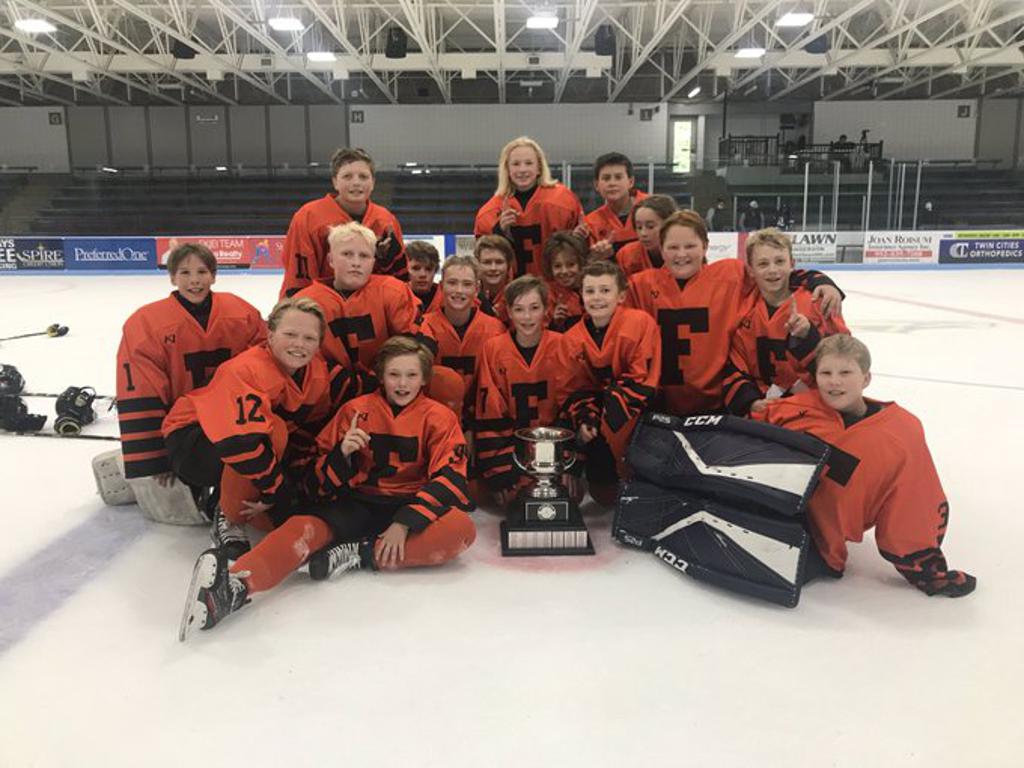 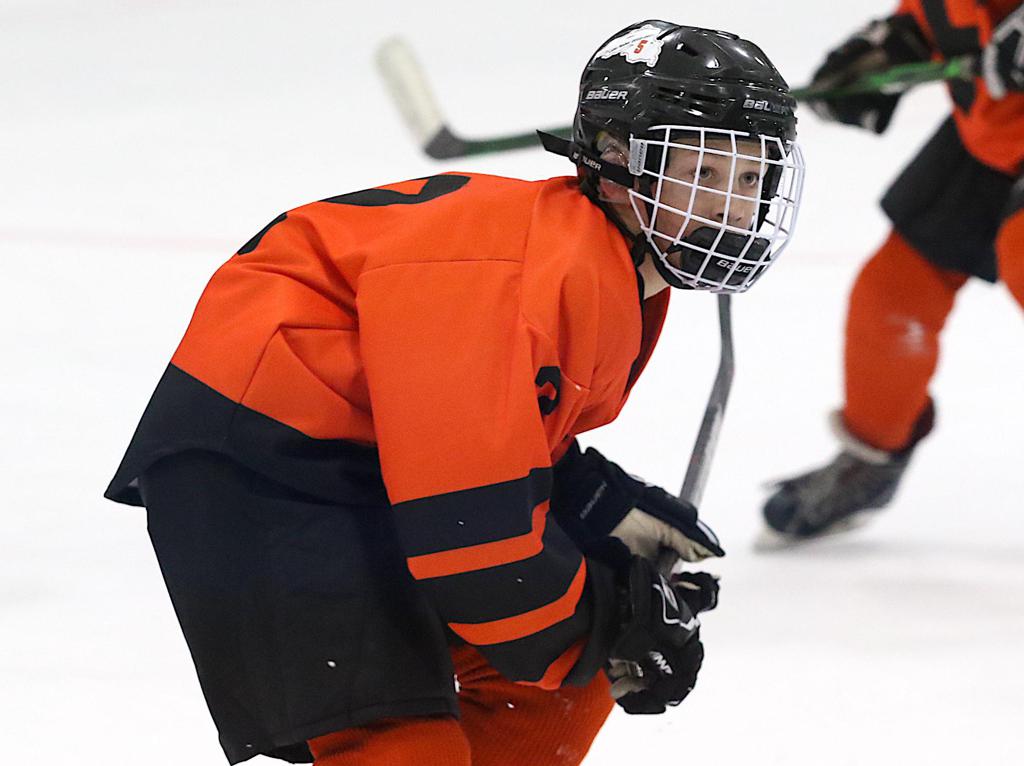 The Google Dictionary defines a battering ram as "a heavy beam, originally with an end in the form of a carved ram's head, formerly used in breaching fortifications."

It can also describe Jasmine Hovda's game-winning goal on Sunday afternoon, as the Roseau Ram powerfully bulldozed past a hooking attempt and deposited a backhand shot past the Chisago Lakes goaltender to lift her (for the weekend) Tigers to the 3-2 victory.

Chisago Lakes took a 1-0 lead into the second half after Kali Schmidt continued her strong weekend with a goal, but the Wildcats saw their advantage dissipate after Ella Nonweiler and Allison Ryan scored for Farmington. In addition to her game-winner, Hovda assisted on Ryan's goal. Mya Gunderson tied the game at 2-2 for the Wildcats, but Hovda's heroics captured the win for the Tigers with 6:31 to play in the contest.

Hovda impressed throughout the weekend, racking up six goals and 10 points en route to being named the tournament's Most Valuable Player. 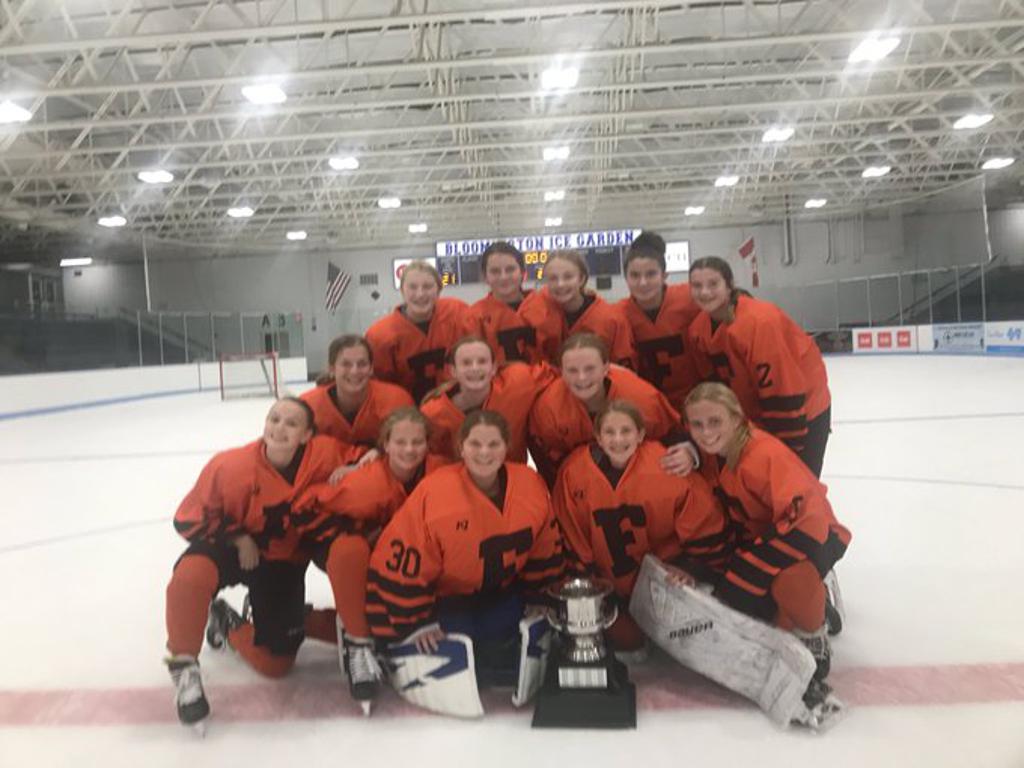 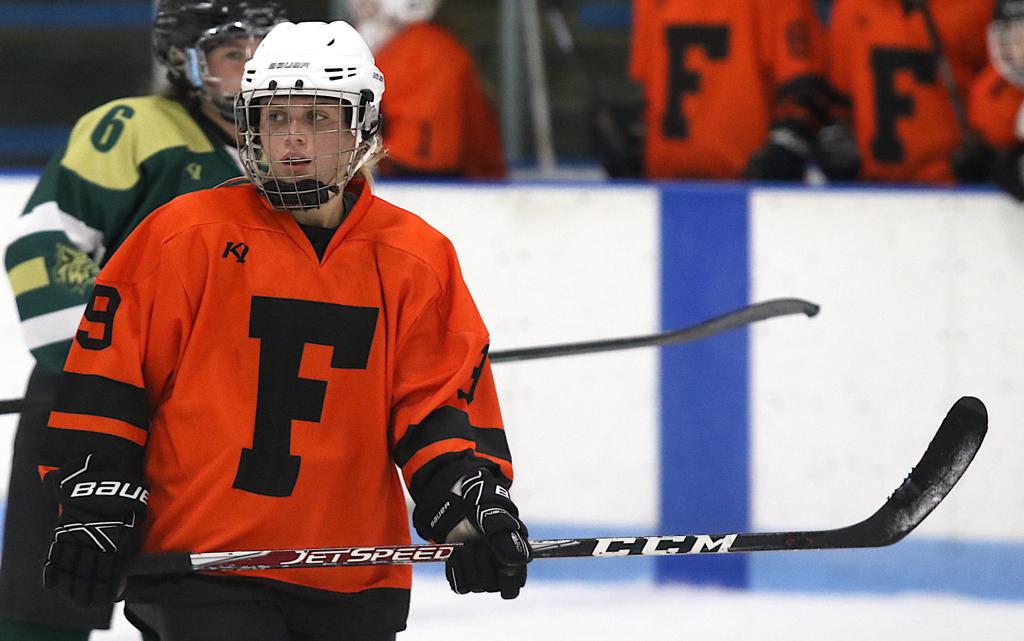 Forty-two minutes was all that separated the Farmington Boys Major squad from completing a four-game sweep.

The previous three championships at the Boys Minor and both Girls Major and Girls Minor divisions had been awarded to the Tigers, and as "Eye of the Tiger" blared over the sound system before the final game of the 2020 Peewee Challenge, everyone in the building knew what was at stake.

Apparently, Detroit Lakes didn't pay attention to the previous games or the pregame warmup song, because the Lakers piled five goals on the Tigers and emerged victorious with a 5-2 victory.

Trey Fredenberg scored two goals in the win to earn Player of the Game honors, clinching the award after rifling a wrister past the Farmington goalie late in the second half. Fredenberg's goals made the score 4-0 after Cale Braid, and Cooper Bayer spotted the Lakers a 2-0 lead in the first half.

Keaton Jundt and Jameson Duell made the game interesting after Fredenberg's goals, making the score 4-2 going into the final five minutes of regulation, but Detroit Lakes' Tanner Olsen cemented the win with an empty-net tally.

Bayer's goal and assist on Sunday put a bow on a solid weekend for the Blaine skater, as he recorded a point in every game he played and finished with four goals and nine points. For his efforts, Bayer was named Boys Major Most Valuable Player. 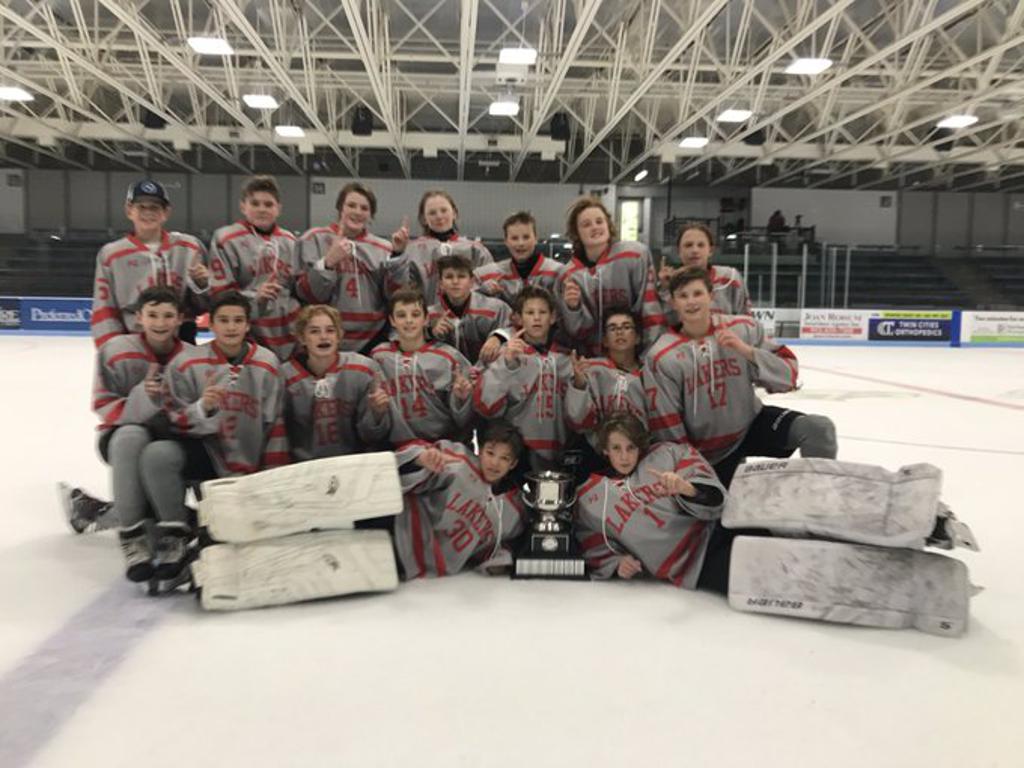 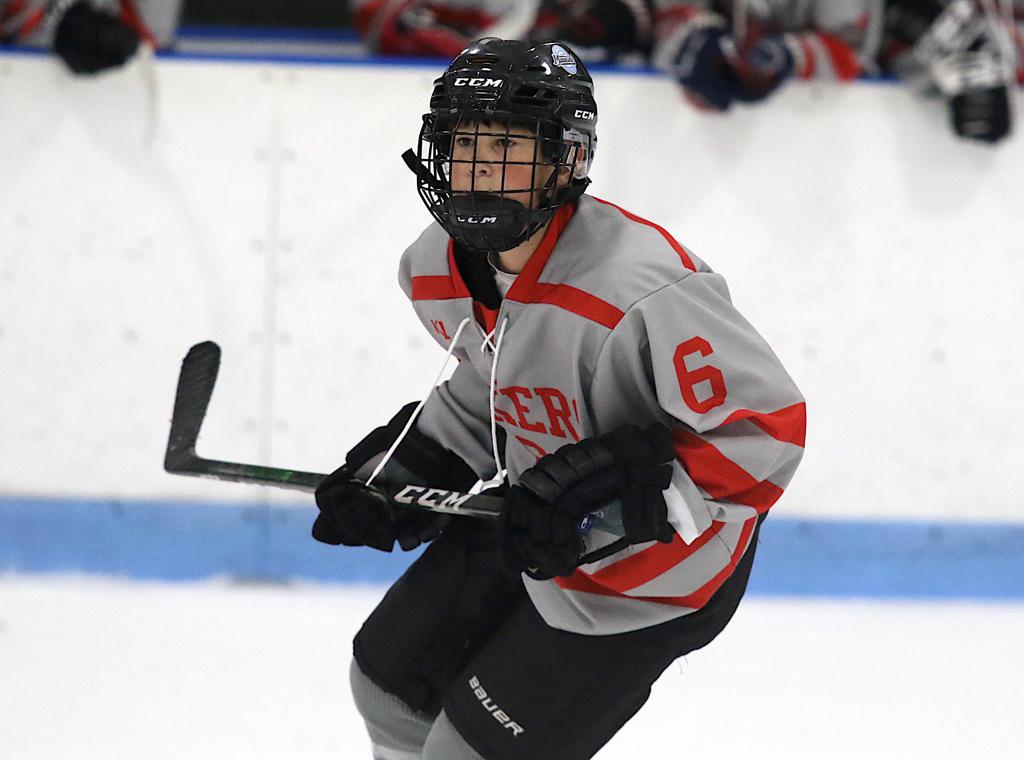