Two goals from Caden Brown led the way as the National Team Development Program pocketed its second win in as many days on Saturday. 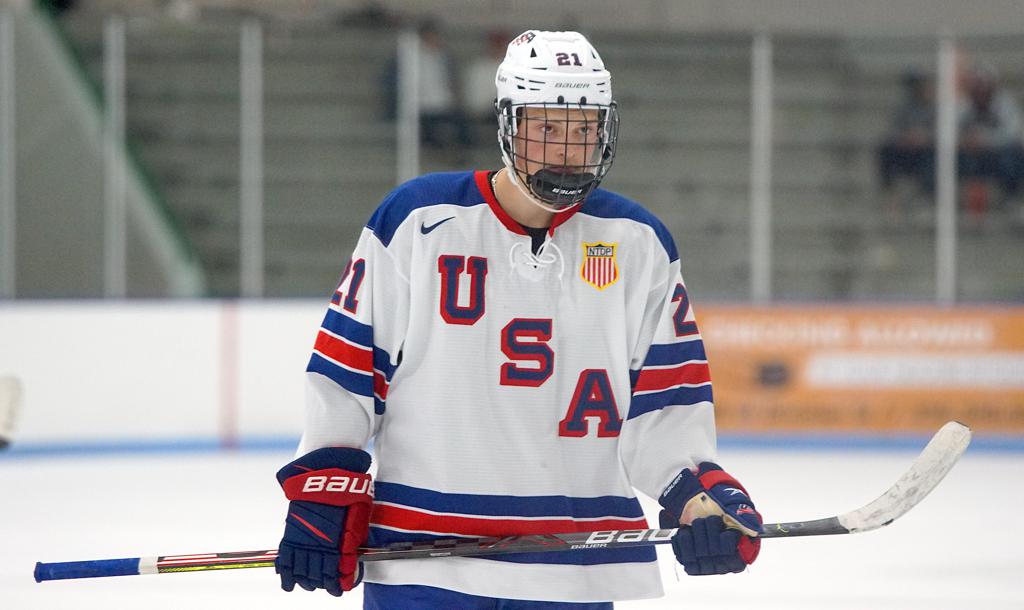 A loss is a loss even in the preseason, but the St. Cloud Norsemen will take Saturday night's 5-3 defeat at the hands of the National Team Development Program Under-18 team as a step forward.

After being pounded by the same NTDP skaters to the tune of a 13-2 loss on Friday night, St. Cloud rebounded with a solid performance in Saturday's series finale, giving the team something to build on as it prepares for the North American Hockey League's regular season.

"That first night, (we were) a little shell-shocked," Norsemen head coach Corey Millen said after Saturday's loss. "There's a lot going on there, but I do like the way we responded."

The Norsemen took a 1-0 lead after the first period thanks to a goal by Charlie Skinner and several sparkling saves by goaltender Josh Weyandt. The score remained tied after the second frame, this time at 2-2. Maple Grove native Justin Janicke notched the NTDP U-18s first goal in the second, while Caden Brown recorded the next. St. Cloud's Owen Belisle was credited with a goal after a centering pass glanced off an NTDP defender and past Gibson Homer for the tying tally.

Eventually, the copious amount of talent up and down the NTDP U-18 lineup won out, with the visitors scoring three times in the third period compared to one score for the Norsemen. NTDP U-18's Brown scored his second of the game in the final stanza, with supplemental goals coming from Tyler Boucher and Red Savage.

Savage and linemate Jeremy Wilmer gave the Norsemen fits all evening, routinely setting up shop low in the St. Cloud zone and creating a handful of scoring chances. 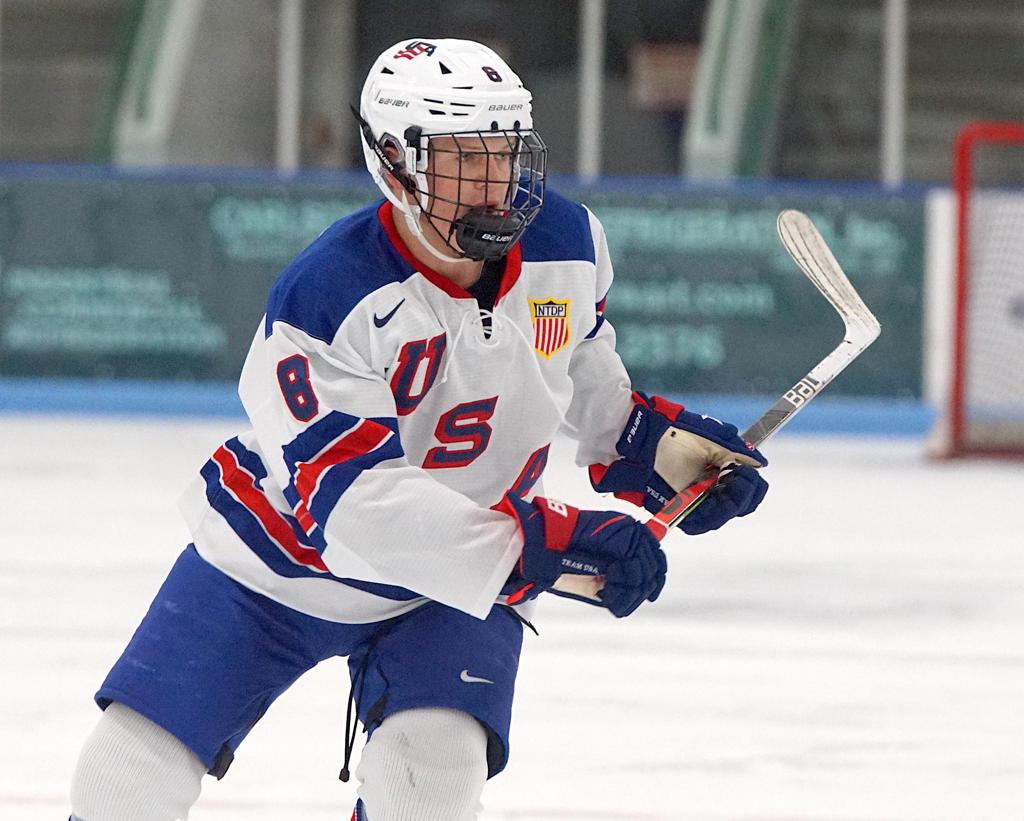 Holy Angels product Noah Griswold scored the first goal of his junior career in the third, a hopeful sign of things to come for the player that registered 18 goals last season for the Stars.

"He's a good little player," Millen said of Griswold. We're happy to have him, and he can score goals," Millen continued. "He's going to have some growing pains, but that's part of the process, right?"

Growing pains will be an understandable part of the process for more skaters than just Griswold, as the Norsemen dressed 10 players on Saturday night that had not played at the junior level before.

"There are kids that haven't been expected to do certain things that we're going to expect them to do," Millen said. "All you can do is work on it in practice, continue to get on (the players), and work on all those little things." 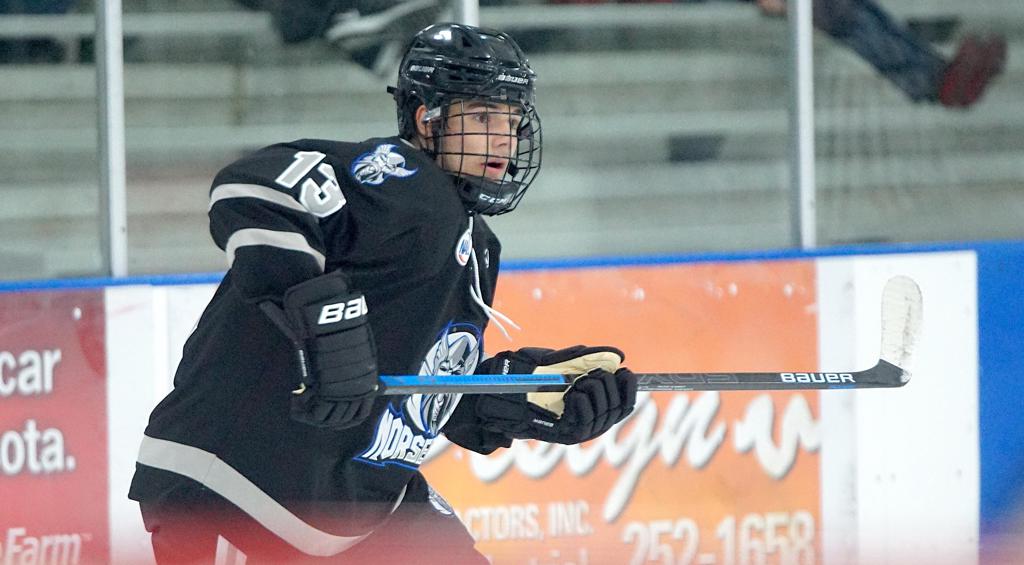 St. Cloud's Noah Griswold scored the first goal of the his junior hockey career on Saturday in the Norsemen loss.