Four forwards and four defensemen make up the eight players selected, including seven who played high school hockey during the 2019-2020 season. 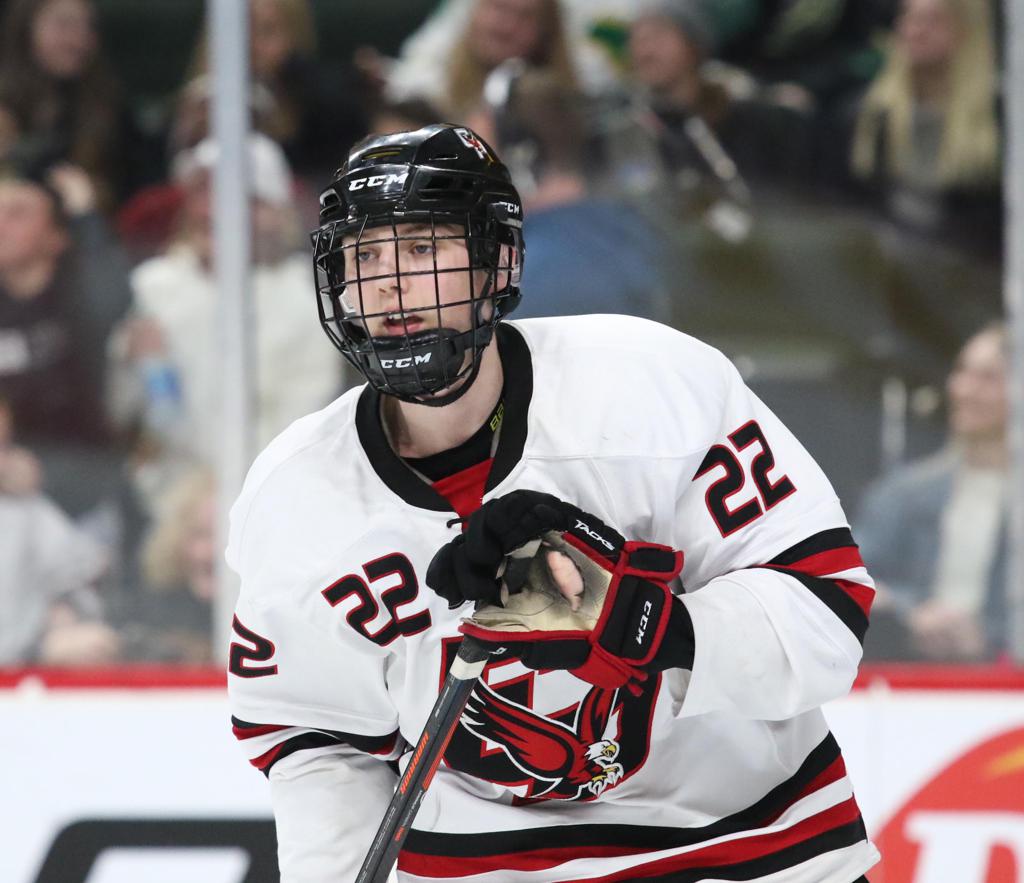 Eden Prairie's Mason Langenbrunner was selected in the fifth round by the Boston Bruins.

After a less-than-optimal offseason from a scouting and evaluation standpoint due to the COVID-19 pandemic-related restrictions on games and travel, the 2020 NHL Entry Draft concluded on Wednesday evening after nearly eight hours of continuous coverage by various outlets.

Minnesota saw eight of its own selected across six of the seven rounds, with zero first-rounders for the second straight season. Nonetheless, the eight players bring the state’s average number of drafted individuals to 11.6, a solid showing for any individual state. The eight players also represent 16% of all Americans taken in this year’s draft.

Four forwards and four defensemen make up the positional breakdown of the drafted Minnesotans.

Of the eight, seven played high school hockey last season, and six competed in the 2020 Minnesota State High School League State Tournament. Brock Faber, a Maple Grove native, played for the National Team Development Program’s 18-Under squad. Faber was the highest selection of the group, going No. 45 overall after the Los Angeles Kings traded up in the second round.

Collegiately, the University of Minnesota and Minnesota-Duluth tie for the most Minnesotan draft picks with three each. Michigan and Harvard have one each in Jackson Hallum and Mason Langenbrunner, respectively. 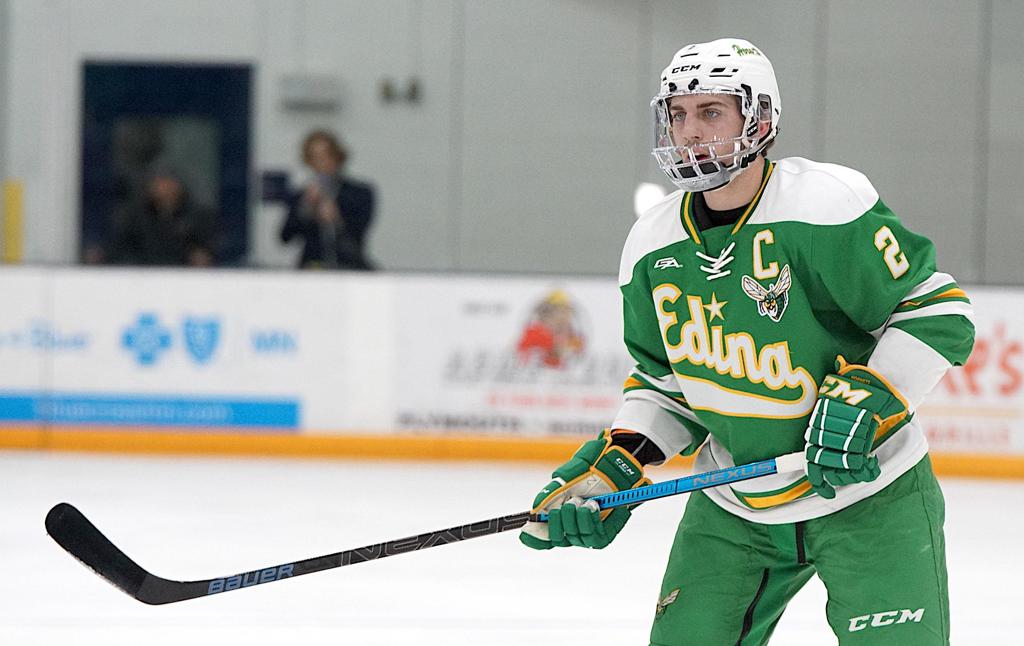 Edina's Jake Boltmann went to the Calgary Flames with the 80th overall pick in the 2020 NHL Entry Draft.

A native of Maple Grove and a product of a robust youth program, Faber went from the Osseo-Maple Grove Bantam AA state champion squad to the National Team Development Program, playing for the NTDP’s U17 and U18 teams in the last two seasons. The strong-skating defender will play for the University of Minnesota this season.

The first of a solid class of Minnesota defenders to go off the board, Boltmann was scooped up by the Flames in the third round, becoming the third defenseman selected by the Flames of the draft behind Yan Kuznetsov and Jeremie Poirier. This year was the first time the Flames have drafted a defenseman since the first round of the 2017 draft. Boltmann totaled five goals and 14 points for Edina last season, providing a stabilizing force on the back end for a team with just two seniors on the blue line last season.

The highest-rated Minnesotan in NHL Central Scouting final rankings at No. 37 went to the Blackhawks, the first of four defensemen taken by Chicago, and joins a relatively deep prospect pool in the Windy City. During the 2019-2020 season, Kaiser captained Andover to its first appearance in the Class AA State Tournament, recording 11 goals and 43 points while quarterbacking the power play and penalty kill units. Kaiser is on the 2020-2021 roster for Minnesota-Duluth.

Perhaps the most pleasant (Minnesotan) surprise of this year’s draft was Hallum, who was not listed in NHL Central Scouting final ranks in April but was the first Minnesotan forward to be selected. Hallum helped guide St. Thomas Academy to a third-place finish at the 2020 Class AA State Tournament, netting 18 goals and adding 22 assists for the young Cadets. Hallum is one of the fastest skaters in the country for his age group and is verbally committed to Michigan. 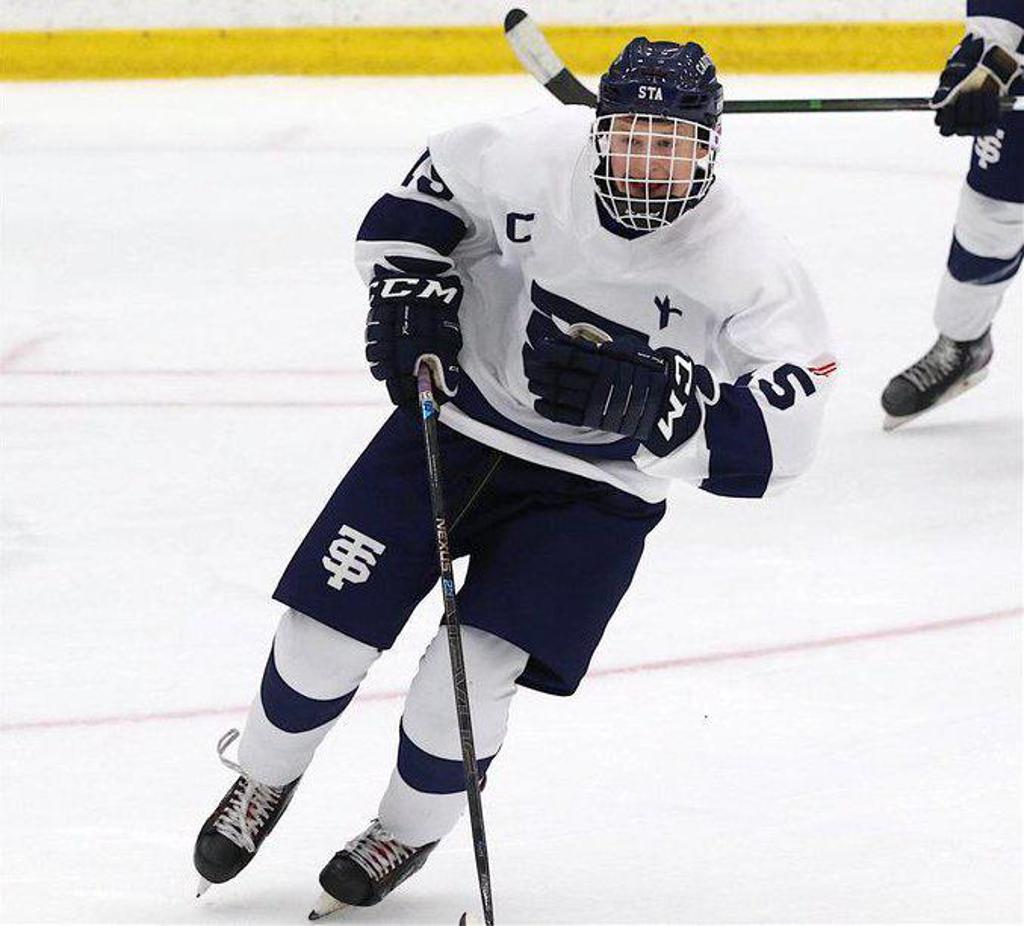 Unlisted in the NHL Central Scouting final rankings, Jackson Hallum went in the third round to the Vegas Golden Knights.

The first of two Class A standouts taken by Montreal in the fourth round, Smith enjoyed a wildly productive career at Class A power St. Cloud Cathedral, scoring 80 goals and totaling 176 points in three seasons with the Crusaders. Smith helped the team to the Class A State Tournament in back-to-back seasons, winning it all in 2019 and finishing third in 2020. Smith battled through injuries last season but still managed to record 27 goals and 51 points, including a stat line of 11-10-21 in the postseason.

Seven picks after Smith, the Canadiens once again dipped into the Minnesota waters, selecting the reigning Mr. Hockey in Biondi. Biondi ranked among the state’s leading scorers last season with 47 goals and 95 points, averaging a sparkling 3.06 points-per-game. Strong on the puck and a menace low in the offensive zone, Biondi totaled 111 goals and 216 points in his high school career and is verbally committed to nearby Minnesota-Duluth.

Langenbrunner began his high school career in Cloquet before transferring to Eden Prairie for the 2019-2020 season, immediately slotting into the Eagles’ lineup as a minutes-horse on the blue line. Langenbrunner netted five goals and added 16 assists as Eden Prairie advanced to the Class AA finals before falling to Hill-Murray. Langenbrunner is verbally committed to Harvard. Langenbrunner’s father, Jamie, is a two-time Stanley Cup champion and is currently the Bruins’ Player Development Coordinator.

A crafty, high-IQ forward with soft hands, Miller perfectly aligned with his No. 180 final ranking from NHL Central Scouting, going 180th overall to the bursting-with-talent Maple Leafs. Miller’s 33-goal, 80-point performance during the 2019-2020 campaign led Blake to its first appearance in the Class AA State Tournament and taking home third-place honors. A product of the Minneapolis Storm Youth Hockey Association, Miller’s junior rights are owned by the USHL’s Chicago Steel, and he is verbally committed to Minnesota. 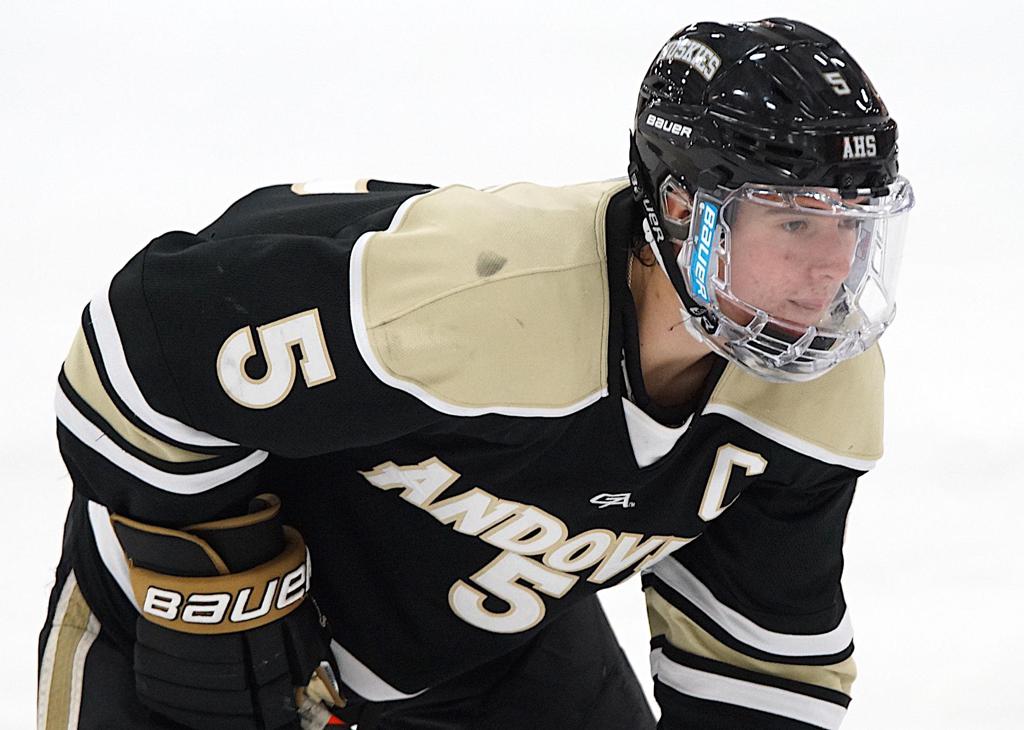