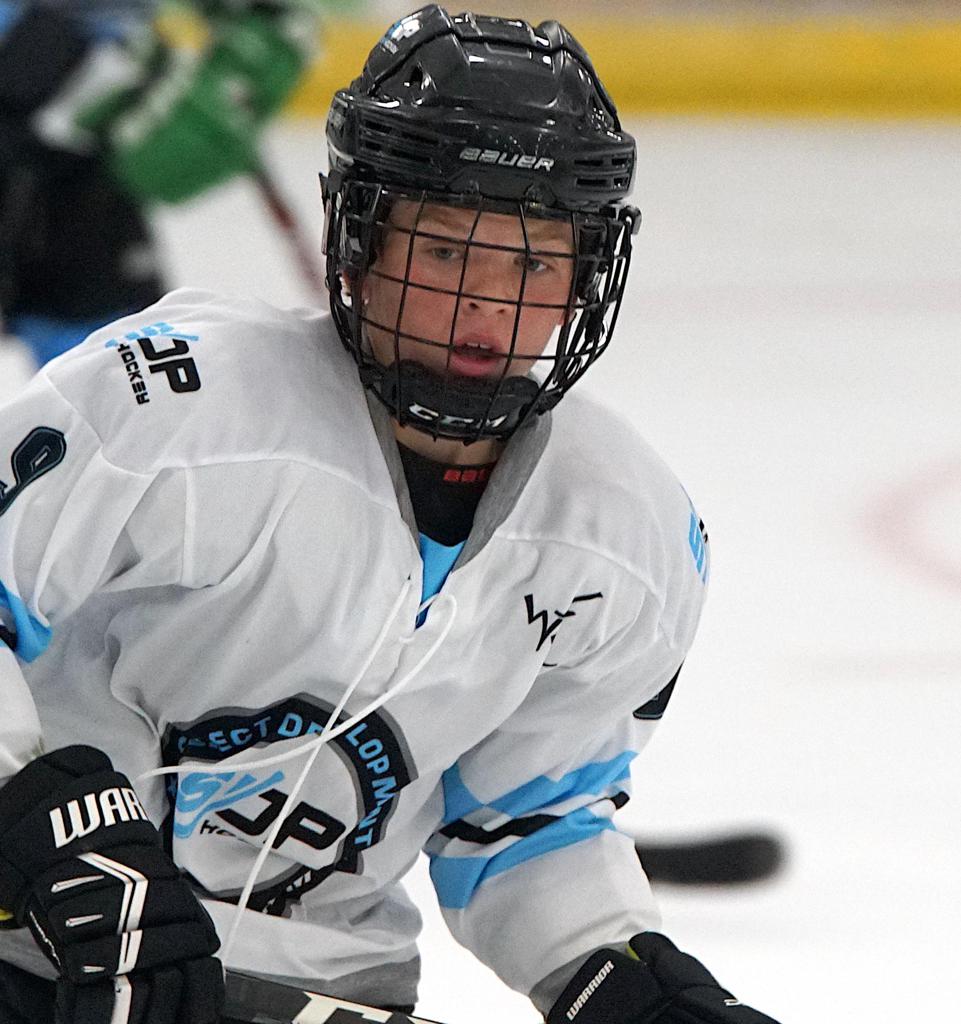 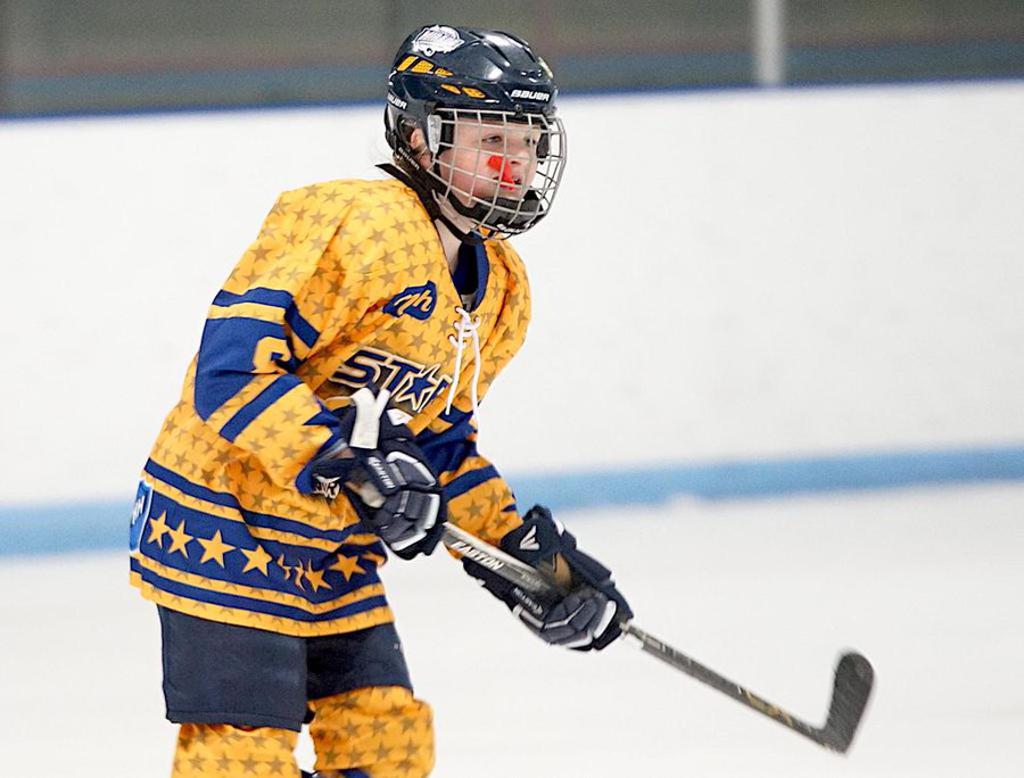 Each year, we publish a pre-season PeeWee AA list of some sort. By now, coaches Jeff Johnson (Edina) and Scott Alexander (Osseo Maple Grove) have stopped reading. Their teams appear every year...the luster of being mentioned has likely worn off.

The science of choosing a pre-season top ten is one part history - how was this group as Squirts/10A two years ago? One part talent - did this group add any new players to their association? And most important, one part puberty. How physically developed is the group size and age-wise.

The top 10 list is also a combination of boys and girls PeeWee-aged teams. Last year, we didn't include girls because Andover was the best team by a long-shot - so they got their own preview. 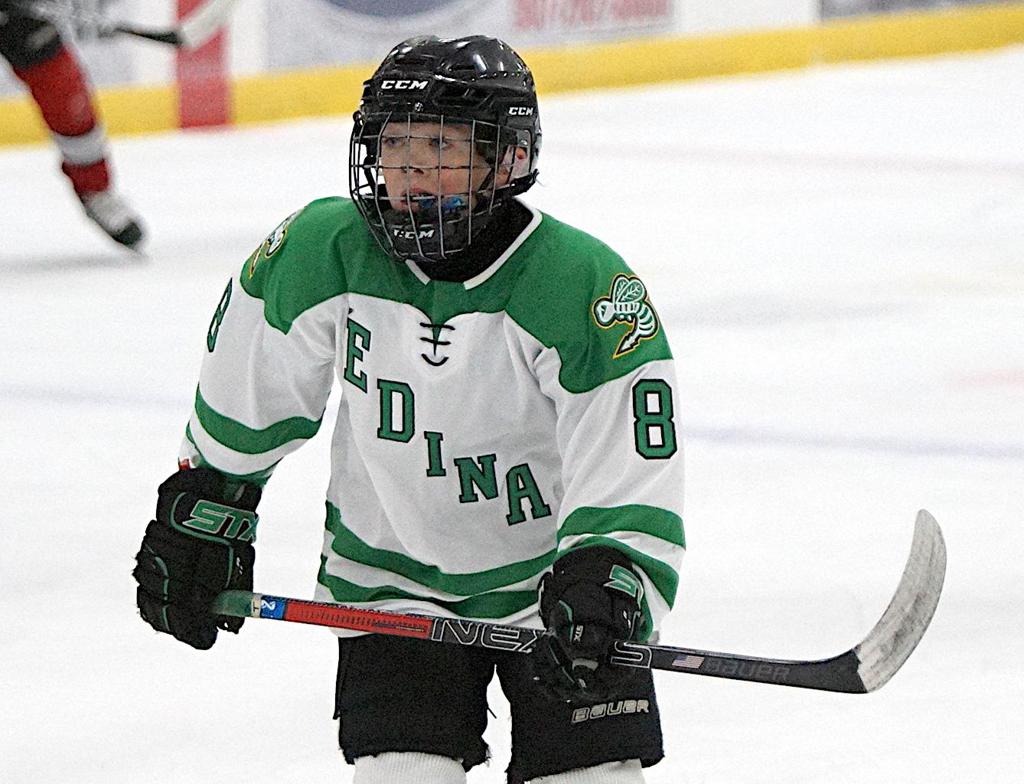 1. Edina PWAA - Putting the Hornets at number one is so cliche. But in this case, it is as talented of a group coach Johnson has had in five years. Mason West and Parker Trottier are big, fast and very rugged players that only a few teams will be able to hold down.  They also have speedy returners Tucker Johnson and Casey Vandertop that further complicates things for opposing teams. Their blue-line has Sam Peckham and Nick Johnson to help calm the team in the D-zone when and if the puck enters their zone.

2. Minnetonka 12A - When you see the Minnetonka roster for the first time, the eye pop emoji comes to mind. Katya Sander is the first eye-popper. Sander has speed, power and knack for scoring. Throw in daredevil move-in Ella Nonweiler from Osseo Maple Grove and Stella Bertogliat and the Skippers will be a scoring machine.

3. Mahtomedi PWAA - The Zephyr boys won high school state last winter. Could their PeeWees match that this winter? They have a nice set of returning talent including forward Ryland Demars  and defenseman Casper Lang. Couple their returners with the best PeeWee B team in the state last year and the Zephyrs will be blessed on all sides of the ice.

4. Osseo Maple Grove PWAA - This year's group of Leafbirds has a bit to prove compared to year's past. Missing state last year should be a reminder of how hard it is to get there for the second year standouts Dylan Dean, Logan Lutner and Tommy Picconatto. They will lead a talented trio of second year skaters and two of the state's best first year PeeWees Sammy Nelson and Wyatt Kuznik.

5. Edina 12A - Could this be the year that both the 12A and PWAA titles go to the same association? On paper, the Hornets could pull it off this year. With two returners like Cate McCoy and Gina Russo the Hornets would be a tough team. But factor in the addition of Lolo Nelson and the two-goalie tandem of Lucy Bertram and Reese McConnell and this team could be special. 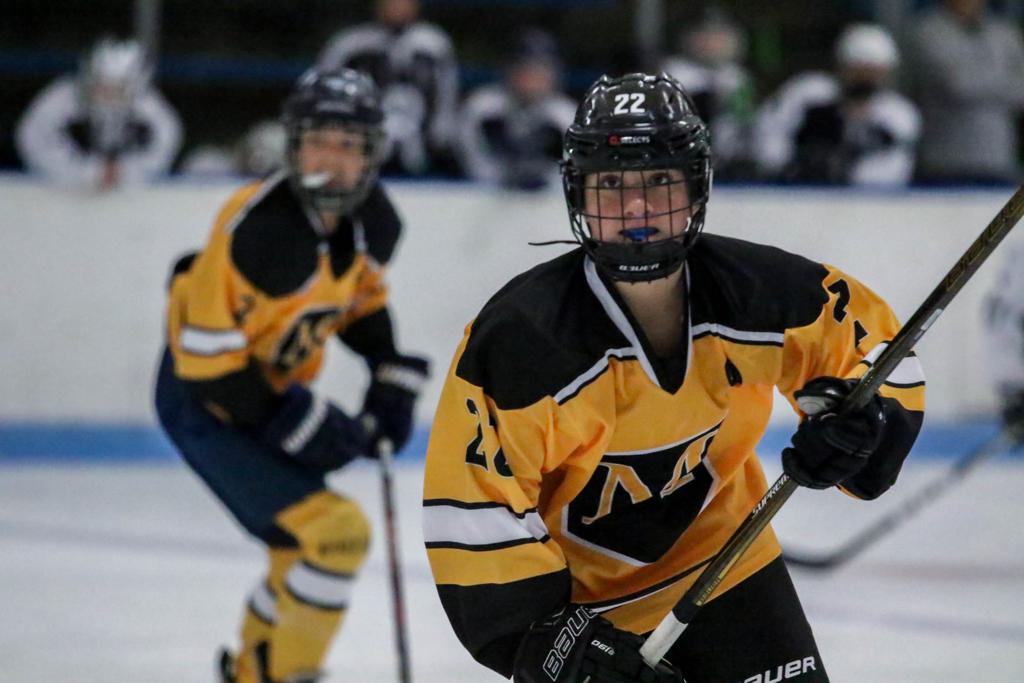 6.  Centennial PWAA - The Cougars have the makings of a team that could see #1 in the rankings this year. A lot of second year players, an experienced goalie (Grayson Hanggi) and one of the best youth coaches in the area (Jesse Ramirez). Watch out for Gavin Cunningham and Kaden Julik up front. Cunningham has the speed and Julik has the vision and very high IQ.

7. Chaska Chanhassen PWAA - Two years ago, the Stormhawks won both the Squirtacular A and B titles. A sign that this year's PWAA team will have depth. Add in move-in star Liam Schultz and CC will be a threat to win District 6 this year.

8. Proctor-Hermantown 12A - There is an off-season circuit of youth hockey in Minnesota. Two players you can't miss at these events are Mya Gunderson and Cambria Thomas. Gunderson is a major scoring threat and Thomas is a skilled defender who plays with no fear. This one-two punch will have the Mirage pointed toward a state berth again this year.

9. Minnetonka PWAA - It never hurts to have one of the best players in the state on your squad like Mikey Berchild. But the Skippers will be more than a one man team.  On the blue line they have Tate Hardacre and Erik Larson.  Tate has impressed with his size and speed, where Erik is very athletic and isn't afraid to move the puck north and south.  Like Centennial, the Skippers have a seasoned coach, former Gopher Andy Brink manning the bench this year.

10. Stillwater PWAA - Another team with a deep talent pool and great coach. With headliners like Cole Braunshausen and Trey Fredenburg, the Ponies will challenge Mahtomedi for District 2 bragging rights. Add to the mix former Gopher Billy Kohn behind the bench and you have the formula for a fun season on the St. Croix. 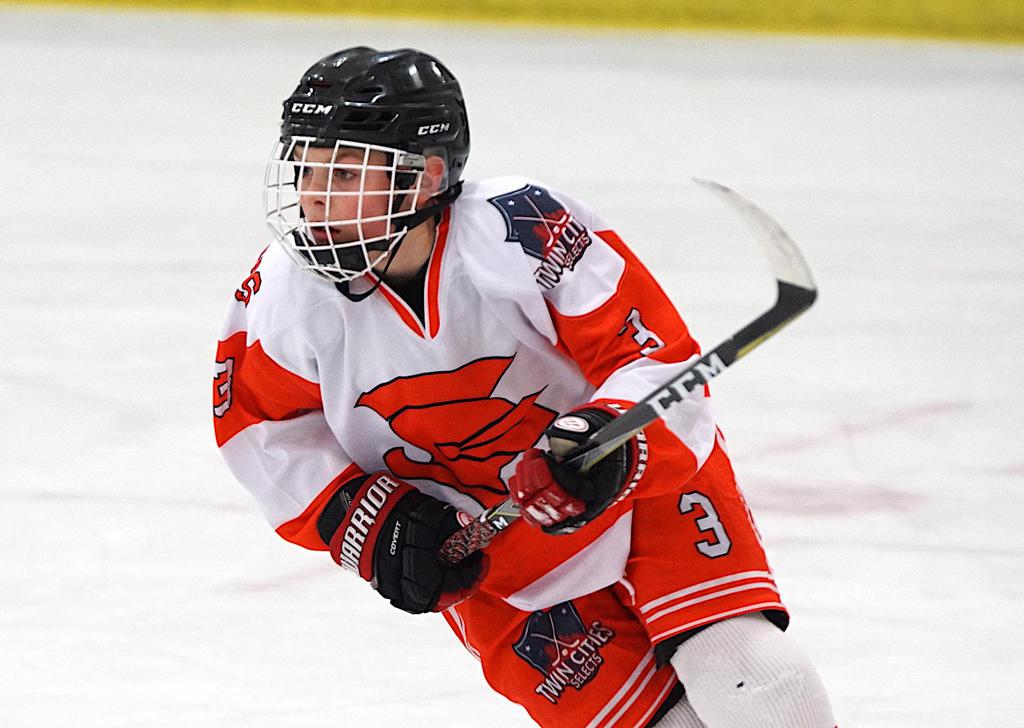 At certain times during practice my high school coach would take the top two lines and work on special teams and move the other two lines to the other side of the ice. At this point, he would say, "all you others, go down there." He wasn't saying they weren't important, he was just going to focus on the top guys at that moment. Here are a few that didn't get mentioned, but deserve some ink.

Champlin Park-Coon Rapids 12A - Another top 12A team this year will be the CPCR Bluebirds who boast the "3 Amigos" Sydney Burnevik (dual threat), Sophia Olson (puck rush defender) and June Semling (power forward).

East Grand Forks PWA - Two years ago, East Side Hockey stormed into the state tournament with a  fast, smart and gritty team and did well. Last year, they made it to state but didn't get a chance to prove how good they were.  With a team led by forwards Nolan Meulebroeck and Jace Panzer and big D-man Cole Schmiedberg the Green Wave will be fun to watch.

Hermantown PWAA - You can't mention the Hermantown girls without a nod to the boys, too. The dynamic duo of AJ Francisco and Victor Plante will give teams headaches all year in the northland.

Northfield PWA - Very quietly, Northfield is building a nice youth association - two years ago as Squirts they were a top 20 team and last year were a top 10 team.  Watch out for Ben Geiger is a dual threat star for the Raiders.

West Fargo PWAA - Technically not in the state of Minnesota, so the Stampede can't be in our top ten.  A special group of high-end players decorate their scoresheet sticker. They have a deep front-line line with TJ Hale, Kane Johnson, Keaton Jundt, Bryce Mattern and Hunter Rudolph. A group that is fast, talented and very unselfish. 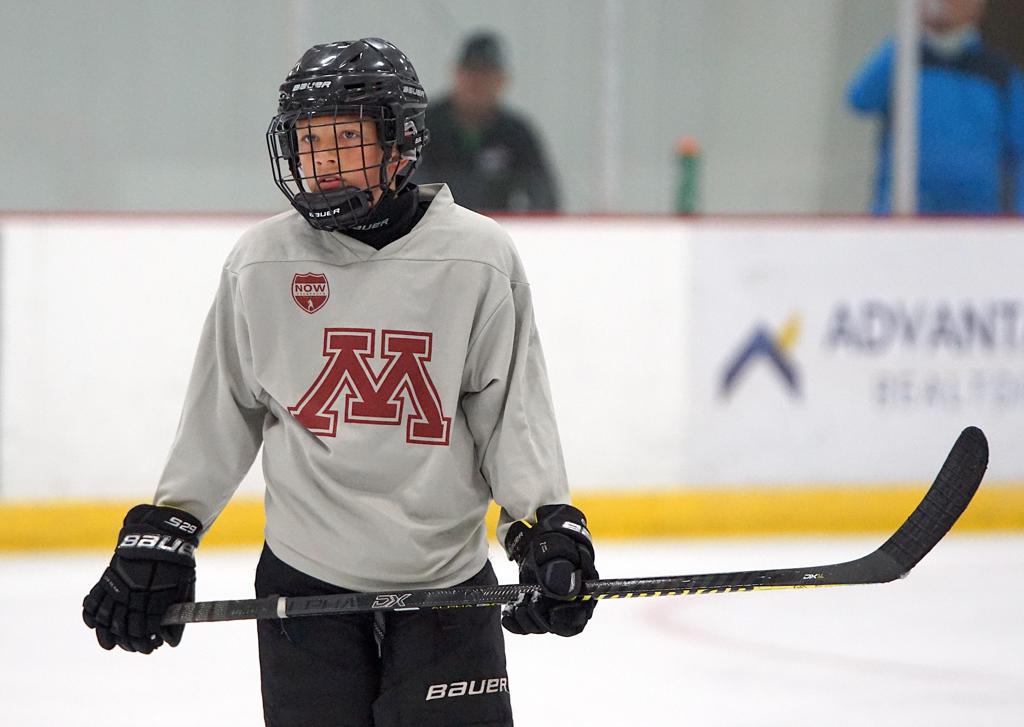