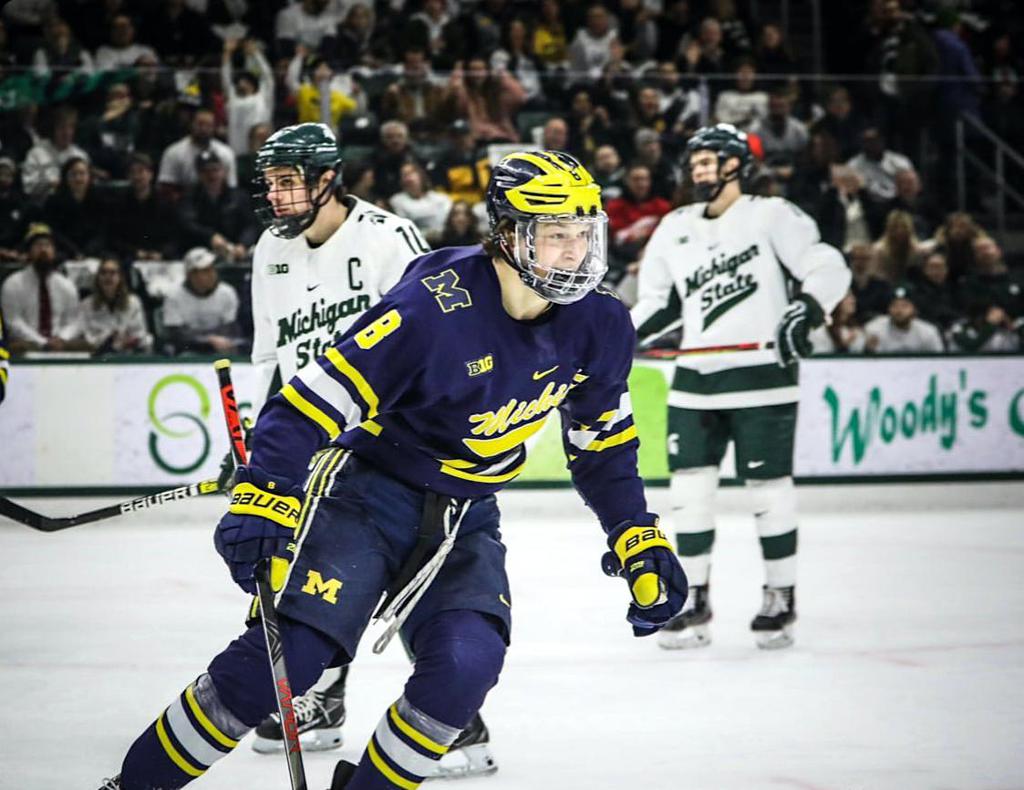 Jack Becker suits up for Michigan, where he is coached by Mel Pearson, who was an assistant coach when Jack's father Russ played at Michigan Tech in the mid-1980s. Photo: Jon Knight/Knight Photography

Becker, Pehrson, and Mattson make up the trio of Minnesotans playing collegiately in the mitten

When it comes to Minnesotans playing college hockey, there are the few. The proud. The Wolverines.

Minnesota natives skating for the preeminent collegiate powerhouses in the Great Lakes State are few and far between, with just three Minnesotans dotting the rosters of Michigan and Michigan State, with just one (so far) waiting in the wings as a verbal commit.

While the respective schools generally rely on their own backyards when it comes to filling out their teams, where 22 of the 54 players on both rosters hail from Michigan.

Two Minnesota-born players, Jack Backer and Keaton Pehrson, play for the Wolverines, while Mitchell Mattson suits up for the Spartans.

For the Mahtomedi High School product Becker, his father having a past relationship with Wolverines’ bench boss Mel Pearson played a role in his commitment and subsequent career, but so did the aura of donning Michigan’s famed maize and blue.

“You definitely feel like you’re part of something a lot bigger than yourself,” Becker said by phone. “If I’m wearing a Michigan hat, or a Michigan anything, and I’m in Texas or Florida or whatever, people are just yelling at you ‘go blue!’” Becker said with a chuckle.

Now a senior, Becker has been named Academic All-Big Ten as a sophomore and junior while studying in the university lauded Ross School of Business. Becker said that the academic reputation of Michigan also played a part in his final decision.

“The resources, especially academically, here at Michigan, are pretty astounding,” Becker said. “I definitely feel safe about (when) after my hockey career is done. I’m always going to have the Michigan degree to fall back on.”

“Education has been a really important thing in my family for sure,” Mattson said. “My parents, they always let me make my own decisions and supported what I decided as far as where I wanted to go,” Mattson continued.

“That was a big thing to (my parents). They were excited I had the opportunity to come to the Big 10 school and get a great education. Hockey’s obviously not something you do for the rest of your life.” 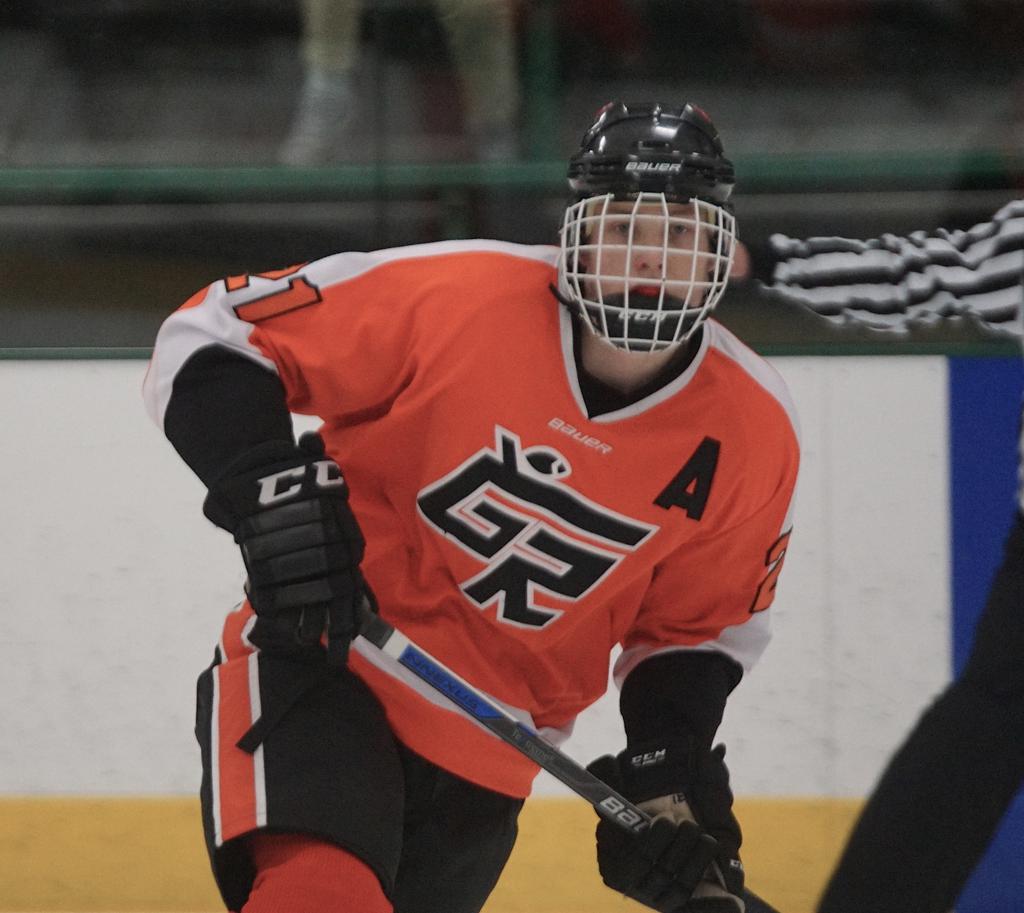 In addition to post-hockey aspirations and overall buzz of campus life, which Ann Arbor and East Lansing both have in spades, playing style also factors into decisions.

“We try to move the pace, keep it really fast, tire teams out,” Hallum said of Michigan’s plan of attack, adding that a shortened schedule with less room for error forces a lot of college teams into a safer style.

“A lot of teams in college, because you don’t play as many games (as junior hockey), it’s more of a grind, chip-it-out kind of (game),” Hallum said.

After totaling 11 goals and 30 points in his first two varsity seasons, Hallum netted 18 goals and adding 22 assists while leading the Cadets to a fourth-place finished at last year’s Class AA State Tournament. The incoming senior’s speed and skill enticed the Vegas Golden Knights to select him in the third round of the NHL Entry Draft this October.

One other Minnesotan, former Rochester standout and Chicago Mission forward Tyler Haskins, is also committed to Michigan. Haskins is on the Sioux Falls Stampede roster for the 2020-2021 season.

Since verbally committing to the Wolverines, Hallum has also become a student of the school’s famous graduates, noting that Tom Brady and Madonna are Michigan alums.

“You can’t pass up Michigan,” Hallum said. “It’s the best of everything.” 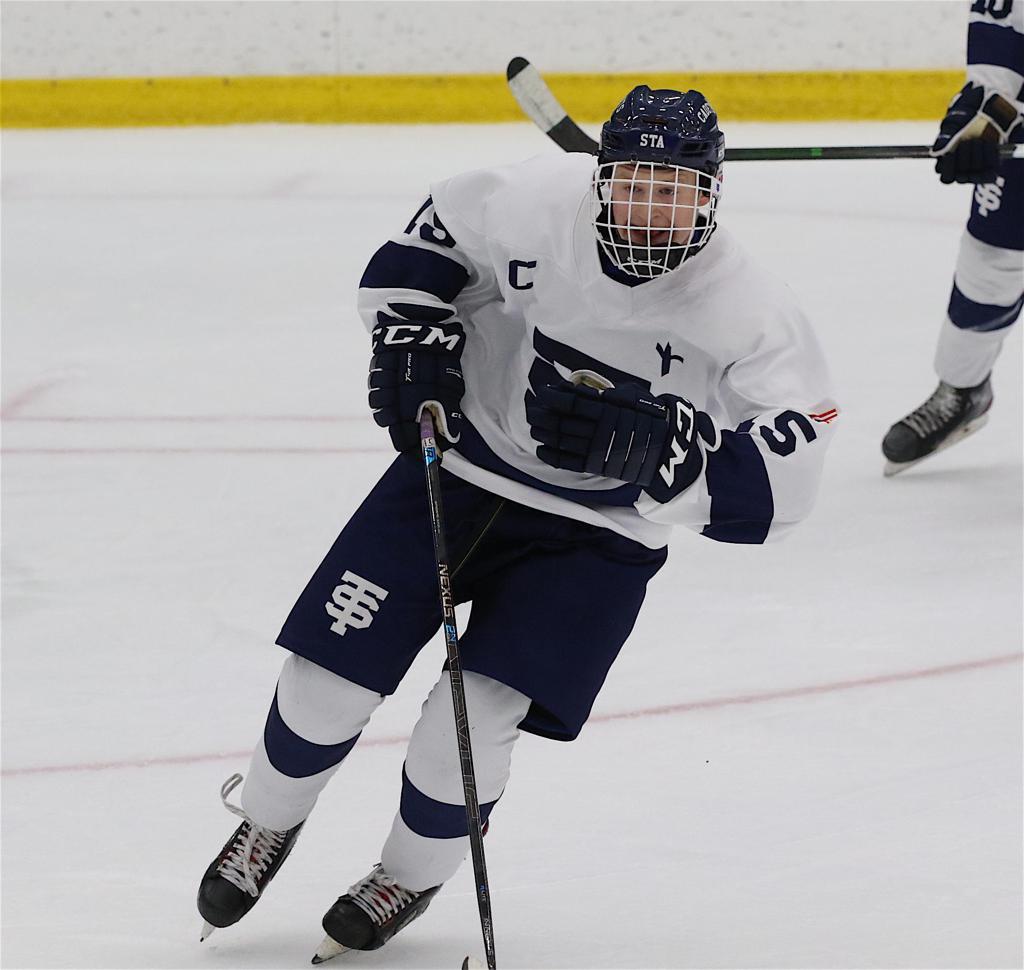 Jackson Hallum recorded 18 goals and 40 points last season and was drafted by the Vegas Golden Knights in the third round of this year's NHL Entry Draft.