Hockey trainer Andy Blaylock takes us through the second part of his series on fakes and non-committal attacks.

Reminder on terminology from Part I:

Fakes: You know this one. A fake is a movement that simulates an action that a player may make in order to gain an advantage over another player and thus over the other team.

Non-committal attacks: These are motions that finish in an either/or scenario. The acting player pays attention to how the opponent responds to an action and will either continue with action if they feel the responding player hasn't properly countered the motion or treat that first motion as a fake and go back the other way if the responding player has matched the initial action. In other words, the acting player attacks but does not commit to following through with the attack.

Takes (attacks): Takes are genuine attempts to gain an advantage by fully committing to an action right from the initiation of motion. 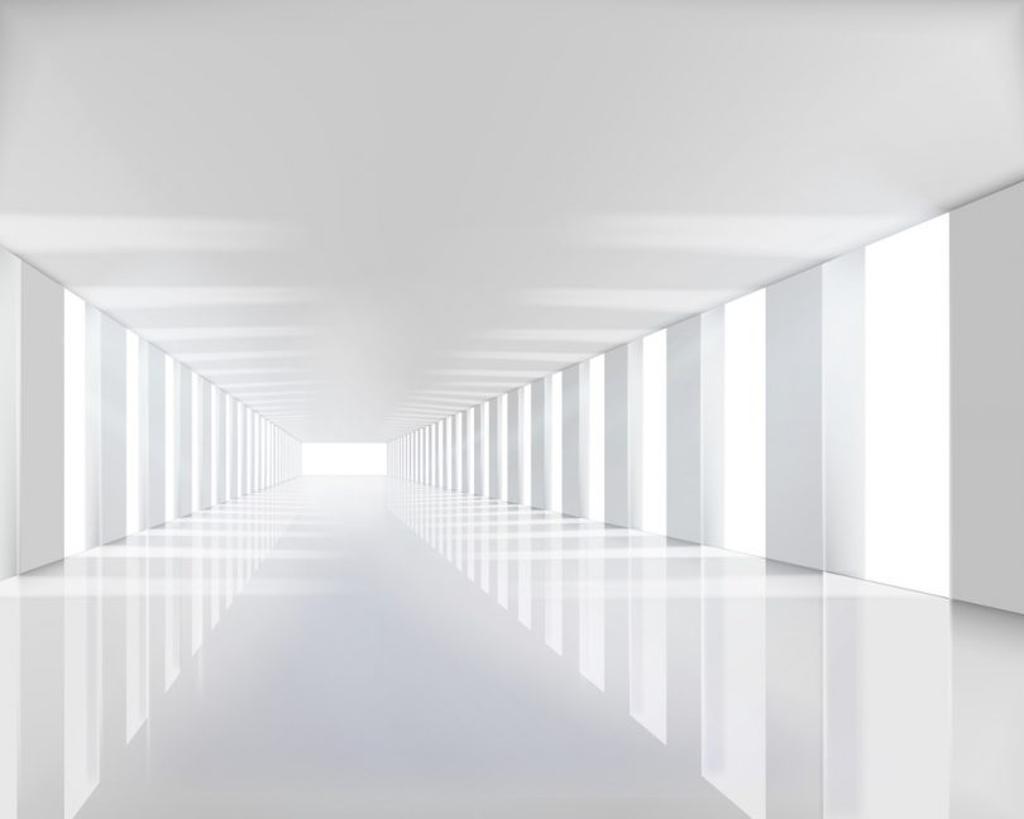 Perspective - not just for art anymore.

In hockey, the attacker, more so than the defender, tends to more actively pursue all of these methods of gaining an advantage for reasons I'll more thoroughly lay out when we consider the defender's perspective. For now, part of the reason is that there is simply more influence that that attacker can have based on their ability to manipulate the number one object of a hockey player's attention during a game, namely, the puck.

Rapid movements of the puck, particularly in ways that have the appearance of what an attacker might do if they were merely trying to take an action toward taking an advantage, are hard to ignore when you are the one defending the puck carrier. And, when an attacker tries to take advantage, the defender must react. The secret is to limit the attacker's ability to take the advantage while not overreacting (known as "biting on the fake") and becoming vulnerable to a follow-on, against-the-grain attempt by the attacker to take the advantage. This balance is what makes fakes and non-committal attacks so effective. The idea is to use the puck and your body's movements to create the appearance of taking some specific advantage and leverage the opponent's overreaction to set up for a later real attempt to take the advantage.

Let's consider puck protection on the perimeter in the offensive zone. Often, this is accomplished by making passes along the wall to supporting teammates. However, let's not consider that aspect for now. Instead, let's think about a player using puck control, agility, and guile to keep the defender away from the puck while looking for a chance to get the defender out of position and get a clear path to the slot. The key move available to this attacker is the "escape," which is a very tight and quick power turn toward the boards, usually to go back 180 degrees the other way.

Which is best? We'll come to that. 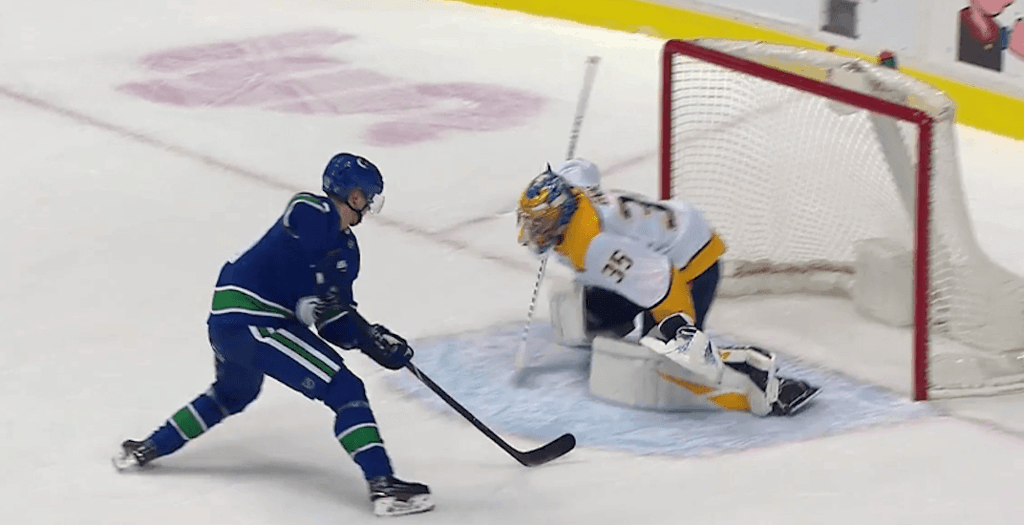 The defender is in a position where they are closer to the end of a series of events that will conclude with the puck in their net. The general sequence of events for a team that hopefully leads to scoring a goal starts with:

In the scenario in question, the attacker's team has both of those steps accomplished. The defender's team has zero. Thus, the attacker can live to fight another day if they take risks that don't work. On the other hand, the defender is pretty close to giving up a goal if they take a bad risk that doesn't work out. As a result, defenders tend to be more conservative in these situations.

Because of this, defenders tend to initiate fewer actions. The most common approach, and I believe the best one, is to place the bulk of the focus as a defender on maintaining inside position (between the attacker and the net) and wait for the attacker to make a mistake. When the attacker makes a mistake, then the defender can take advantage by neutralizing the attacker's stick, getting into their body, or influencing the puck directly. These are all "takes."

Rarer for defenders are non-committal attacks and fakes. These instances are especially true for a defender taking the body. It is much harder to quickly accelerate at 200 pounds than the one or two pounds that the stick weighs, so any faking a commitment to taking the body makes it hard to "return to the setpoint" (which allows one to then initiate a different, follow-on, action to make the fake pay off). On a non-committal attack, you are sort of reserving the right to return to the setpoint, so that doesn't work for the same reason.

The reason that faking neutralizing the stick is uncommon is that it winds up looking like an attempt to influence the puck. In other words, those two types of actions wind up blending together and looking the same when they are faked (and since fakes are all about appearances, what's the difference?). So, any fakes along these lines do end up simulating attempts to influence the puck more so than the stick.

We see that defenders can use fakes and non-committal attacks, but they don't do this as much as an attacker. When they do, they mostly do it in the form of "stick-on-puck" like actions. Consider a defender taking a one on one rush. They may be able to disrupt the plans and intentions of the attacker by simulating a poke check.

Even better, they can essentially let their arm that holds the stick act mostly autonomously with non-committal attacks that are vaguely like poke checks while placing most of their focus on maintaining inside position. If this defender's poke-check-like movements get them off balance, they are in deep trouble. This lack of balance is why they cannot "commit" to these attacks. However, if they do get their stick on the puck, they can always go with it and try to take advantage (for the defender in this situation, possession of the puck is the advantage they would love to gain).

And this reflects the general best plan for a defender in a one on one situation; minimize risk by focusing most on maintaining inside position, mix in some non-committal attacks to disrupt that attacker and possibly gain an advantage through them, and be opportunistic when the attacker makes a mistake.

In Part III, we'll clean up some additional details by considering a few more interesting aspects of the strategic use of fakes, non-committal attacks, and takes. 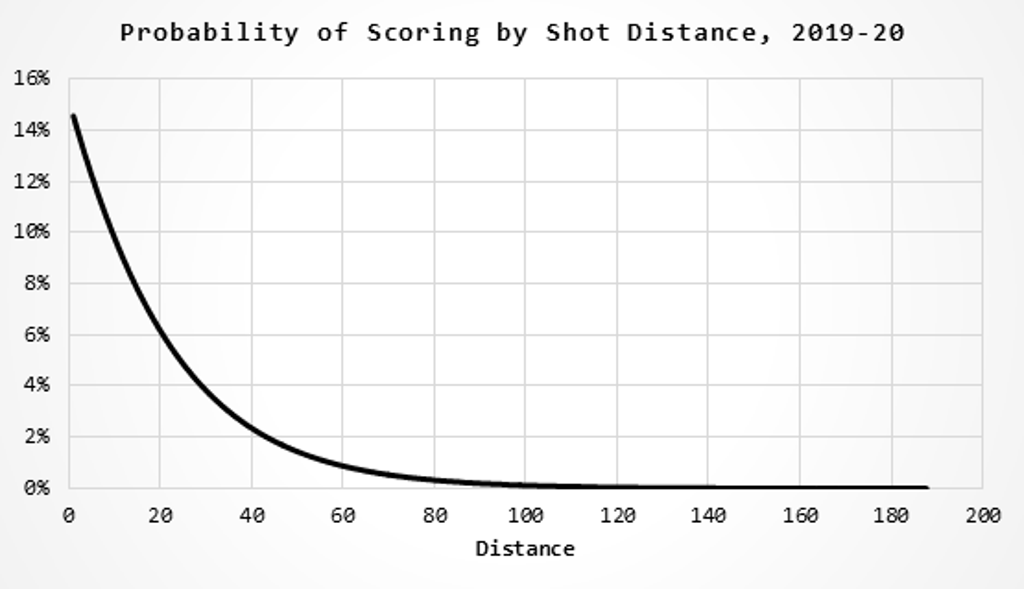 This chart outlines how attackers getting into the opponent's slot elevates the attacker's chances of scoring.