With three defenders signing National Letters of Intent with Division I programs, and a fourth member of the blue line verbally committed to Ohio State, the Red Knights have one of the best defensive units in the state. 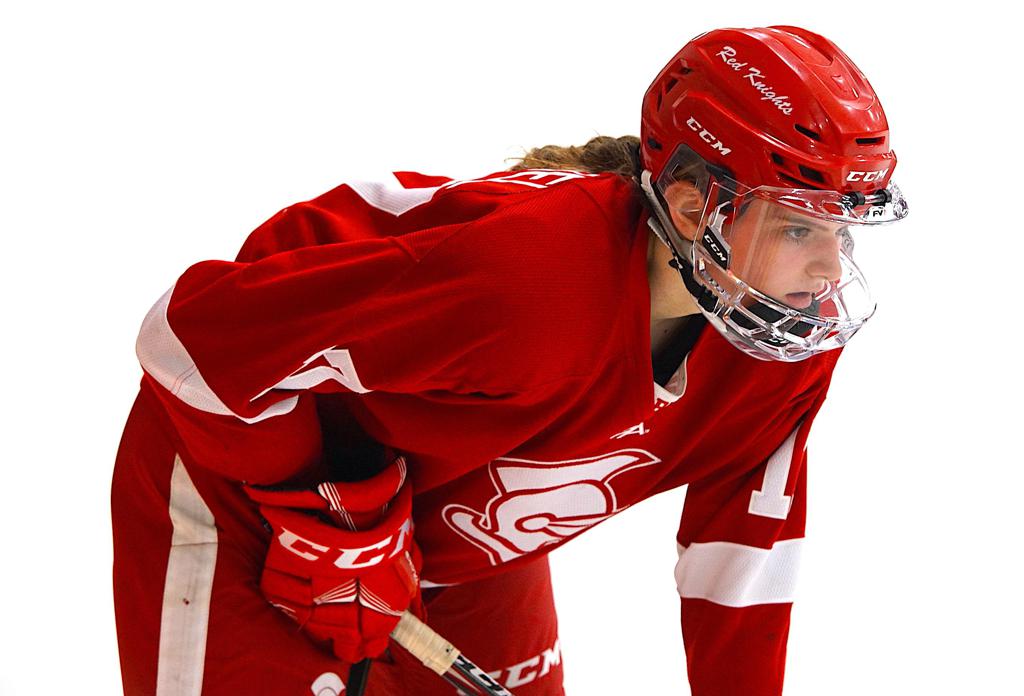 "I plagiarized my entire system from an old Edina boy, Brian Burke," Podein said with a laugh on Sunday night, referring to the longtime NHL front office and league executive, player agent, and current hockey analyst for Rogers Media.

"I remember talking about this with him in 1994 at the World Championships. I believe the game is controlled at the blue line because everything is in front of the defenders," Podein explained while also extolling the building blocks of a solid goaltender and hard-working forwards.

By the end of November's Early Signing Day, when high school seniors scribble their names on National Letters of Intent to various post-secondary institutions, the Red Knights had placed three defenders (not to mention a forward and a goaltender) on Division I rosters for the 2021-2022 season.

Podein, whose daughter Anna signed with Vermont, points to the school's overall atmosphere as a driving force behind all five signees.

"At a school like this, (the players) gain confidence with their friends, with people they meet, with who they're around," Podein said. "High achievers academically, very strong spiritually, and I think you see a carry-over of that into athletics," Podein continued. 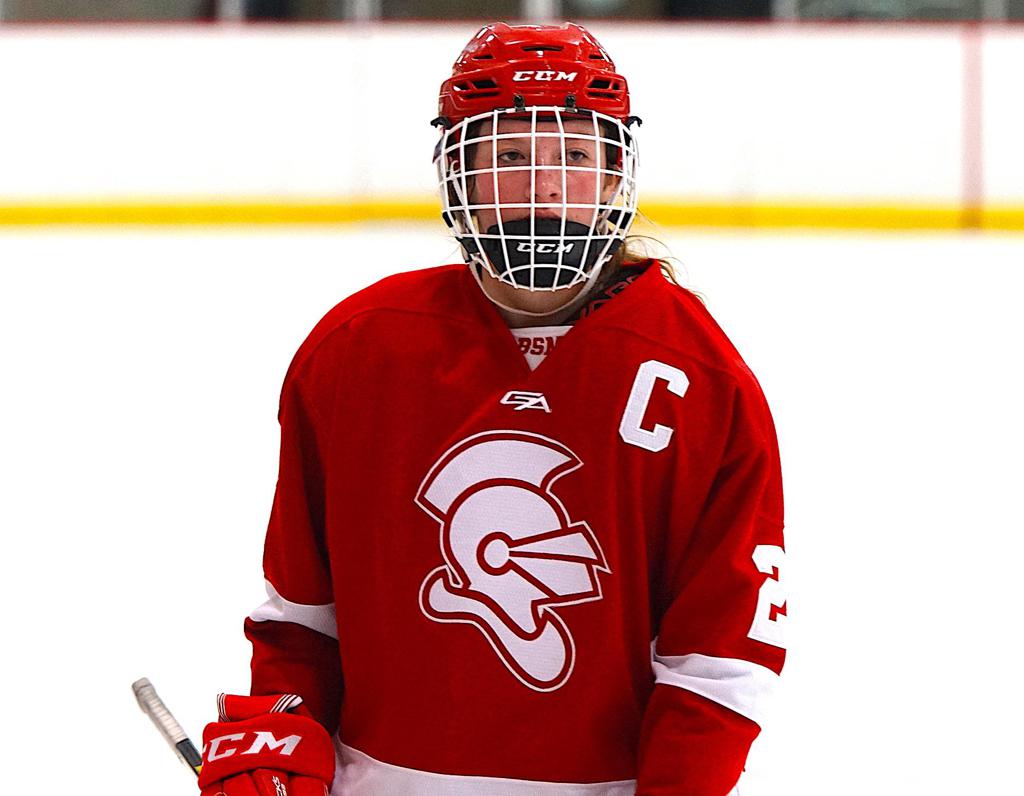 Anna Podein will play college hockey for Vermont after her senior season with the Red Knights.

With the arsenal of Division I talent on the blue line, Podein said that he and the coaching staff has adopted an approach that's more wait-and-react behind the bench.

"We try to give our girls long leashes, yet make the game simple for yourself," Podein said. "(We) give them the freedom to make mistakes, and then correct (them) with what we think is the right thing to do. The girls buying into the system that we ask them to and doing it together has been one of their greatest assets.

Aiding the team's defensive philosophy is Kacy Ambroz, a former defender at Minnesota-Duluth who also spent time as an assistant coach and head coach of the now-defunct Canadian Women's Hockey League's Boston Blades.

"Kacy Ambroz is an incredible teacher, she's an incredible person, and she really understands from the female coaching aspect, probably more of what the girls are thinking and going through than I ever could," Podein said.

The Red Knights quietly won 19 games last season before falling to eventual Class AA state runner-up Edina in the Section 6AA semifinals. Hancock and Peschel ranked near the top of the team's leading scorers with 21 and 20 total points, respectively, while Podein recorded 18 points and Jones chipped in 15 for the season.

Podein mentioned how proud he was of his core group, for excelling in the classroom and for putting the team's goals above their own, and said that if everything breaks right, the Red Knights may top last year's victory total.

"This group that we've had, that's been together the last three years, some of them four, they're at the level where they have a chance," Podein said. "And, if, Big Man (God) willing we get up and going, they have a chance to only to compete with the top teams in the state, but (have) success at the end, on the scoreboard or wherever you (define) success, against the best teams in the state." 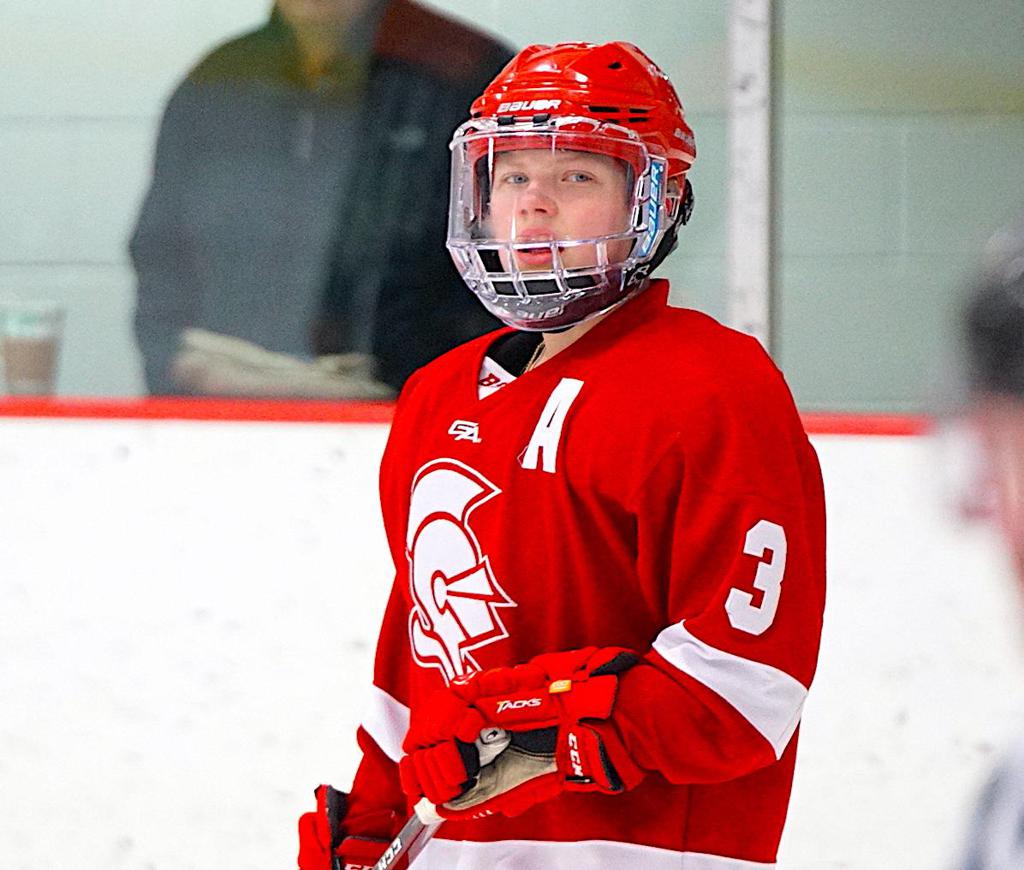