Jordan Kawaguchi scored just over a minute into the overtime period to lift the Fighting Hawks to a 4-3 victory. Photo by Mark Kuhlmann. 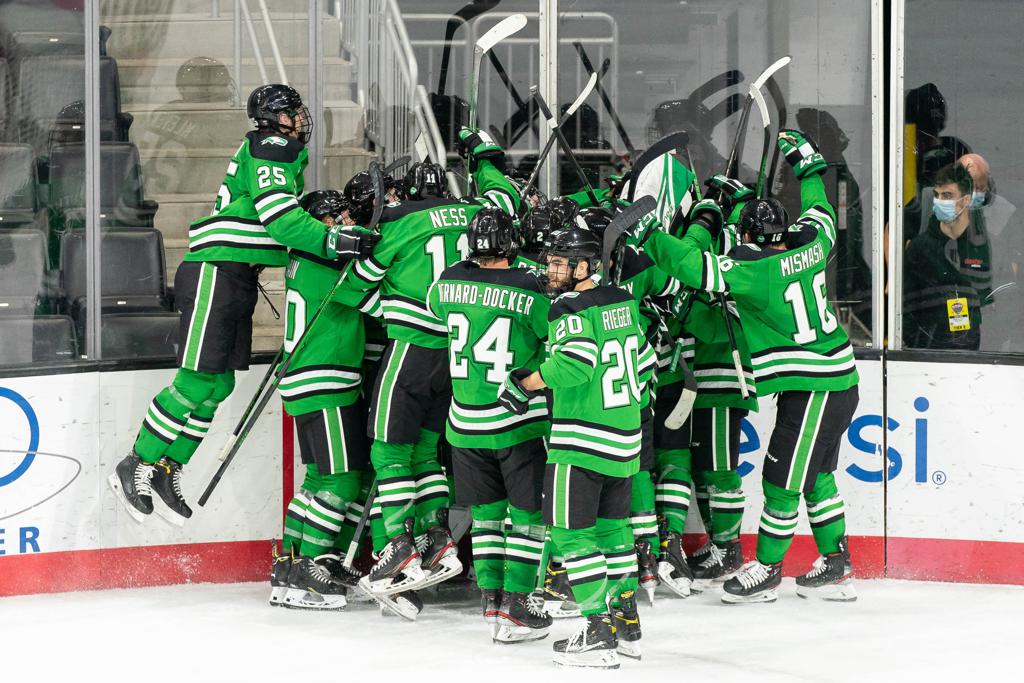 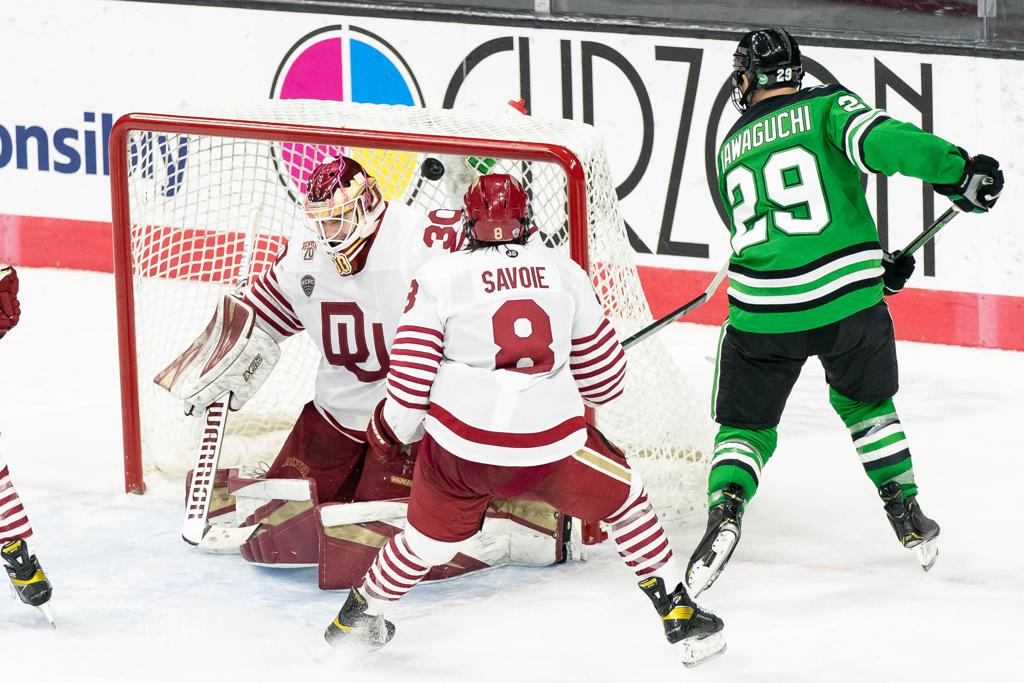 Jordan Kawaguchi scores the game-winner for North Dakota in the Fighting Hawks' 4-3 victory over Denver. Photo by Mark Kuhlmann.

If one player in the North Dakota lineup was going to score a game-winning goal in overtime, chances are it would be the 2020 NCHC Forward of the Year.

Senior Jordan Kawaguchi did just that on Friday night, cutting toward the Denver net and going top-shelf over Pioneer goaltender Magnus Chrona’s left shoulder to give the Fighting Hawks (2-0, 2-0) a 4-3 victory.

Denver’s Carter Savoie forced overtime with his second power-play goal of the game at the 17:08 mark of the third period, setting the stage for Kawaguchi’s heroics during the extra session.

“I’m disappointed we gave up that power-play goal at the end,” North Dakota Head Coach Brad Berry said after the game. “But at the end of the day, we got the extra point. We’ll have a lot of stuff (to review) out of this game and (we’ll) get better.”

Savoie’s first goal of the game gave the Pioneers, ranked No. 4 in the USCHO preseason poll, a 1-0 lead in the first period, an advantage that would hold until North Dakota defenseman Jake Sanderson notched his first collegiate goal late in the second.

Denver’s Brett Edwards put the Pioneers (0-2, 0-2) ahead 2-1 thirty seconds into the third, but Ethan Frisch and Jasper Weatherby tallied goals for the top-ranked Fighting Hawks two-and-a-half minutes apart for a 3-2 lead before Savoie’s game-tying goal.

Berry said that he was proud of his team’s ability to stay the course after Denver appeared to have the upper hand during the game’s early stages.

“If you keep doing (things right) over and over again and have success doing the right things, it’ll lead to scoring,” Berry said.

The game was a coming-out party of sorts for North Dakota’s Sanderson, who was drafted fifth overall by the Ottawa Senators in the 2020 NHL Entry Draft. Sanderson’s bomb of a one-timer marked the first goal for the Fighting Hawks, while his assist resulted from a patient play deep in the Denver zone, waiting until Ethan Frisch was open and then delivering a pass that Frisch rifled past Chrona.

“It’s a different experience going through this pod,” Berry said. “It’s a good start for us, but we know we have to be better.” 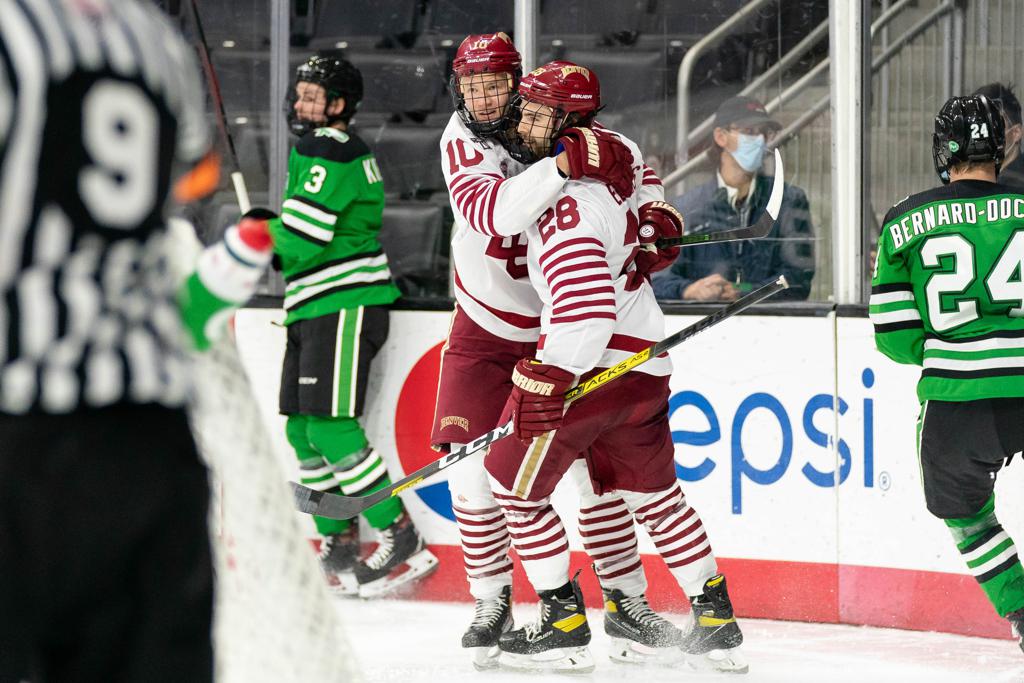 Denver's Brett Edwards (28) earns a hug after scoring for the Pioneers during Friday night's loss to North Dakota.