From one of the nation's leading scorers to a star between the pipes, here are ten NCAA Women's Hockey freshmen off to hot starts.

First-year players making their mark across the country

One of the highest-scoring defenders in the country, the Orchard Park, New York native has registered two goals and seven points for Providence after a prolific high school career for Frontier-Lake Shore-Orchard Park. As a prep player, Becker was a four-time Team MVP and totaled 72 goals and 126 points.

Bothun has stepped in and taken over as the Penn State starter as a freshman, and the Forest Lake, Minn. native has played like a seasoned veteran.

In six games, Bothun has posted a 4-1-1 record, along with a .944 save percentage and a sparkling 1.64 goals-against-average. Bothun turned in two of her best performances in a series split with Syracuse, stopping 26 of 29 shots in a 4-3 (OT) win over the Orange, then making 39 saves in a hard-luck 2-1 loss. Bothun currently ranks fifth in the nation in playing time at 366:21.

Dunne comes from a loaded hockey family and has certainly done her part to keep up with sisters Jessica and Jincy, who play for Ohio State, and brother Josh, a forward at Clarkson.

Dunne has notched a goal and an assist so far for Minnesota, and ranks fourth on the team in blocked shots with seven. In arguably her best defensive performance of the season, Dunne racked up four blocked shots in a 2-1 win over Minnesota Duluth on Nov. 28.

The three-time Team MVP for the Bison was named the Hockey East Rookie of the Week after scoring three times and assisting on another goal in a series against Merrimack. Habisch is the first freshman to score a hat trick for the Huskies since Jaclyn Hawkins in 2005.

The native of Vlasim, Czech Republic, is tied for Colgate's team lead in scoring with three goals and seven points in six games, offering the Raiders a running mate with fellow leading scorer, junior Rosy Demers.

A product of Vermont Academy, Kaltounkova scored 56 goals and totaled 89 points as a prep senior and was named the Czech MVP at the 2018 IIHF Women’s World Championships. She was a two-time Team MVP at Vermont Academy and a USA Today All-American after the 2019-2020 season. 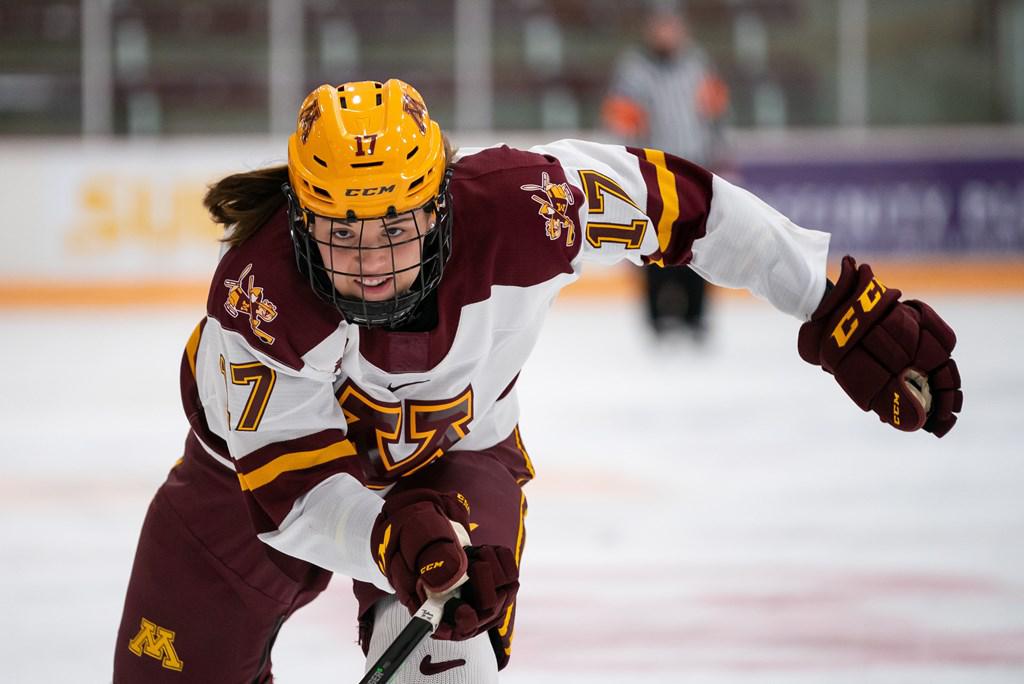 Kelly has been a bright spot for New Hampshire amid a 3-6 start to the season, leading the team in assists with six, and the forward is currently tied for the team lead in points with eight. Kelly led Brantford Collegiate Institute and Vocational School to four consecutive Brant County Secondary Schools' Athletic Association championships and was a member of the Canadian Women's national team during its run to the gold medal at the 2019 IIHF Under-18 Women's World Championships.

Currently tied for fifth in the nation in scoring, Nelson has recorded four goals and three assists for Minnesota State this season, as the youthful program earned jet wins over in-state rivals St. Cloud State and Bemidji State. Nelson arrived in Mankato after helping Andover (MN) to its first state championship in hockey, boys or girls.

Nelson notched five goals and 14 points during the Huskies' 2020 postseason run to the title and was named All-State Honorable Mention. Nelson holds the all-time school record for points with 219.

Boston College's Roy has been wearing maroon and gold for quite some time, suiting up for the Boston Jr. Eagles during the Marshfield, Mass. native's youth playing days. Roy won a national championship in 2019 with the Jr. Eagles and has helped the collegiate Eagles to a 5-3 record and the No. 8 ranking in the latest USCHO poll. Roy is fourth on the Eagles in scoring with seven points and is tied for tops on the team with four goals. She tallied four goals in the season-opener, a 6-2 win over New Hampshire.

The Minnesota Duluth freshman is tied for second in the country with five goals in six games and is credited with a game-winning goal as well. The native of Okemos, Mich., was named the WCHA Rookie of the Week over the weekend of Nov. 21 and Nov. 22. Van Wieren won a gold medal as a Team USA member during the 2020 IIHF Under-18 Women's World Championships, and took home a silver at the same event in 2019.

The Penn State dynamo ranks as one of the nation's leading scorers with three goals and nine points, and leads all freshmen in points, and is tied for first among all freshmen in assists. Zanon is a key reason why Penn State is 4-1-1, pacing the Nittany Lions in assists and points. Zanon has also proven to be a solid defensive player, blocking nine shots through six games.

Zanon is a native of Fairport, New York, and was a member of the Team USA squad that took home gold at the IIHF U18 Women's World Championships. 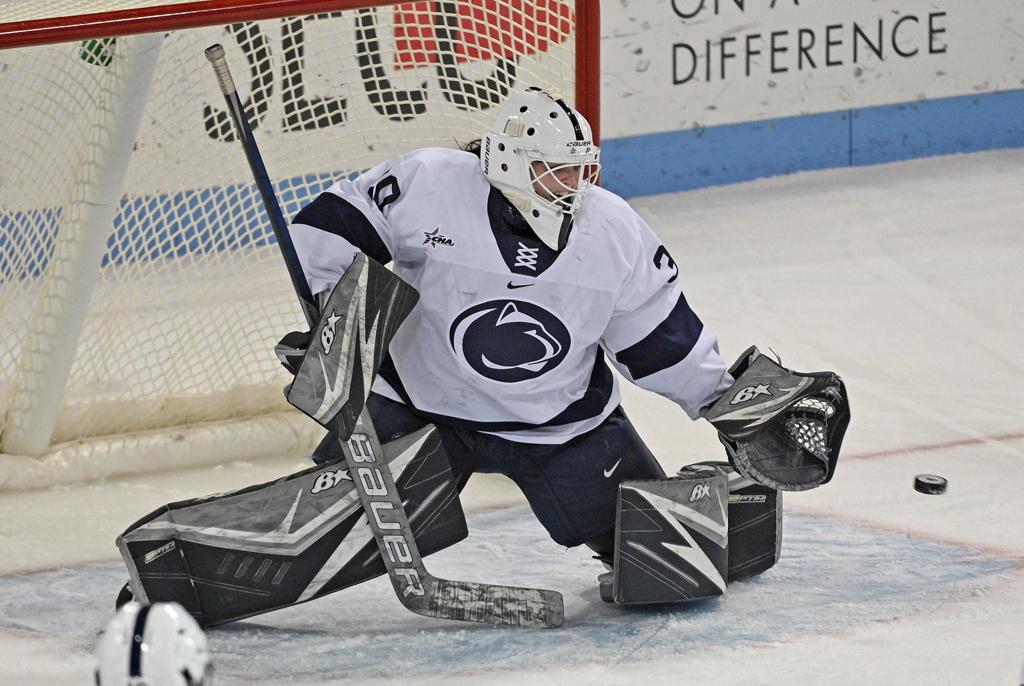 Josie Bothun has played well between the pipes for Penn State this season, posting a GAA of 1.64 and a .944 save percentage. Photo courtesy of Penn State Athletics