Todd and Peter take a break from the airwaves this week in order to power through rescheduled tournament logistics, and will fill their Wednesday slot with a "notebook."

A Different Approach for this week

Who knew running four tournaments in five weekends could end up being so time-consuming?

With the Danglefest (barely) in the rearview mirror, the Squirtacular is next on the Youth Hockey Hub’s docket. Scheduling and planning for 80 teams and 158 games over four days is no small feat, and the Her Ice Podcast has taken a brief backseat to the hundreds of phone calls, text messages, emails, and DM’s required to fully staff a tournament of the Squirtacular’s magnitude.

So, for this week, YHH is publishing a “notebook” of sorts, a collection of tidbits about girls high school hockey. We expect to be back at full podcast strength next Wednesday (Jan. 27), ready to fill your ears with our nonsense.

For now, let’s get to the goods. 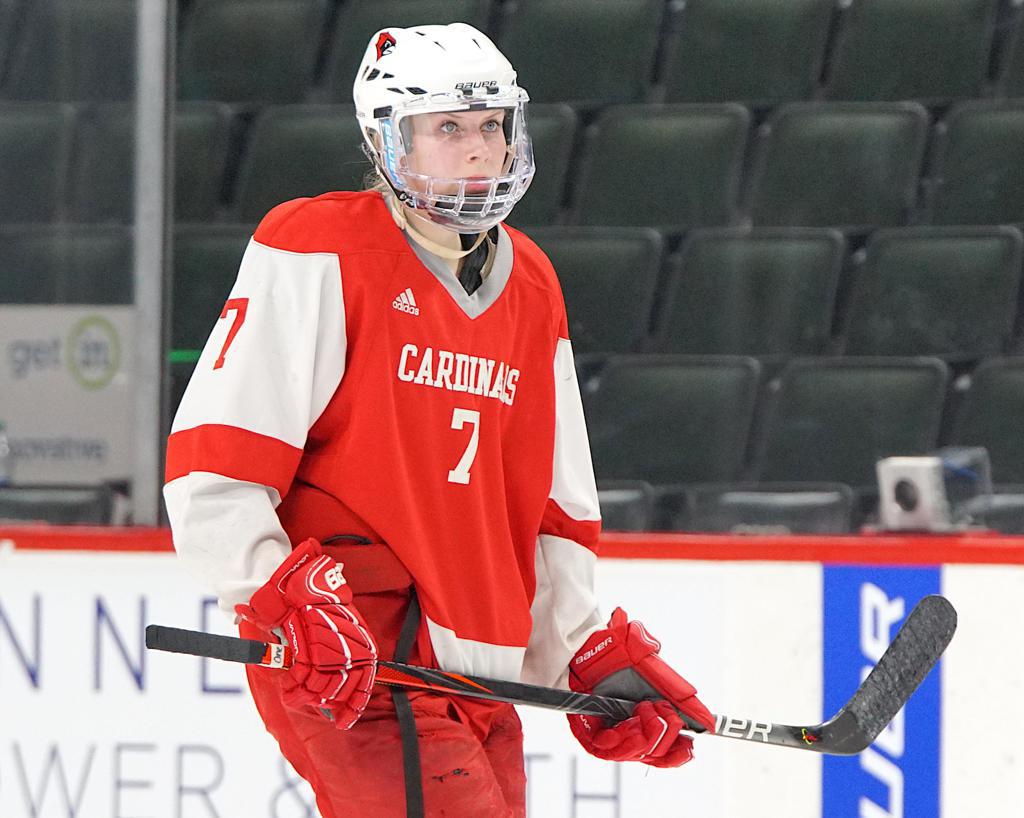 Willmar's Bailey Olson lead the state in scoring as on Jan. 20 with 10 total points.

Class A power South St. Paul entered this season returning the bulk of last year’s scoring punch, including senior forward Ella Reynolds, a varsity mainstay since her freshman season. Unfortunately, Reynolds suffered an injury and is likely to miss the rest of the season, according to a story from the Minneapolis Star-Tribune’s Girls Hockey Hub.

Without Reynolds, who has totaled 61 goals and 143 points in her Packer career, sophomore forward Sarah Wincentsen has stopped up. Wincentsen has scored two goals in each of the Packers’ games this season, a 3-1 win over Mahtomedi and a 4-2 loss to Breck.

In Class AA, Edina has been struck by injury, losing all-world sophomore goaltender Uma Corniea for an indeterminate amount of time. The injury is not serious, according to a source, and senior Sarah Swann hasn’t allowed a goal in five periods of work for the Hornets, providing adequate backup. Swann made 19 saves in a shutout of Lake Conference rival Eden Prairie in the season-opener.

The last team to accomplish that feat was Warroad, which blanked Breck 3-0 on Nov. 30, 2018. All of Breck’s losses last season came against Class AA opponents, including two at the hands of Class AA state runner-up Edina.

The sophomore has been the Bengals’ starter since her eighth-grade season and has already made a name for herself as one of the state’s best netminders. She won’t be one of the Northwest Suburban Conference’s best-kept secret much longer, especially if she continues the pace she has set for herself in 2021.

Hansen stopped 50 shots in a 1-0 win over Maple Grove in the first game of the season, then made 13 saves on 14 shots to earn a 5-1 win over Osseo-Park Center on Jan. 19. Through two games, Hansen has a save percentage of .984, good for second in the state.

Minnetonka’s Grace Sadura and Marshall’s Leah Schaefer are tied for the state lead in goals with six apiece, with both players building on strong 2019-2020 seasons. Sadura tallied 17 goals and added 10 assists in her freshman campaign in 2019-2020, while Schaefer scored 16 goals and totaled 23 points last season.

Wisconsin-River Falls commit Bailey Olson leads the state in assists and points, with six helpers and 10 points so far. The Willmar forward came into her own last year, racking up 40 goals and adding 32 assists for a gaudy total of 72 points. A varsity contributor since her eighth-grade year, Olson has career totals of 85 goals and 166 points.

Speaking of high-scorers, Luverne phenom Kamryn Van Batavia reached the 100-goal mark with a pair of tallies in Luverne’s 6-0 win over Windom on Jan. 19. Van Batavia is one in a long line of point-producers to come out of the southwestern Minnesota town, whose alumni include Chaz Smedsrud and Jaxon Nelson, two of the most productive boys high school hockey players of all time.

Van Batavia led the Cardinals to the Class A State Tournament last season with a 45-goal, 72-point performance as a freshman. With three seasons of high school eligibility remaining, Van Batavia has recorded 98 career goals and 156 career points. 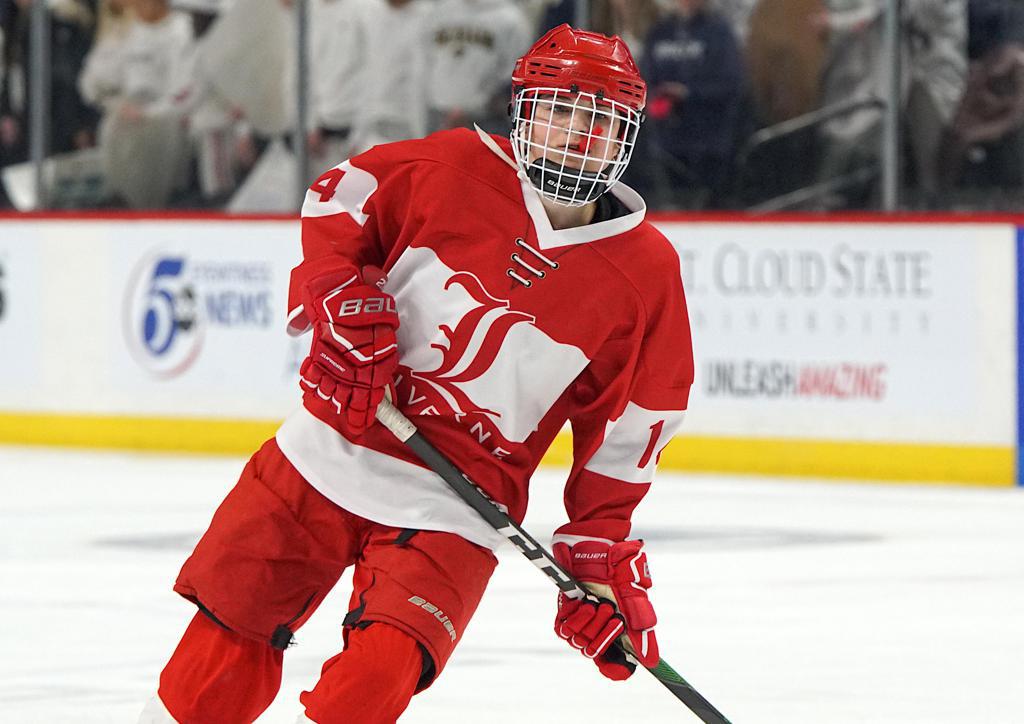 In just three games, Kendra Distad has recorded more than half of her point total during the 2019-2020 season. The Minnetonka freshman notched five goals and four assists last year for Burnsville in the Blaze’s run to the Class AA State Tournament, and has slotted in nicely with five assists so far for the Skippers.

Former Farmington standout Claire Enright is now lighting the lamp for Lakeville South and has contributed a goal and two assists as the Cougars have skated to a 1-1 record in 2021. Enright teams with junior Minnesota State verbal commit Taylor Otremba to give Lakeville South one of the best one-two punches in the South Suburban Conference. Enright is verbally committed to Minnesota.

Holy Family Catholic sophomore forward Maddy Helmstetter racked up five assists and added a goal in a 9-1 win over Hutchinson, and has seven points on the season after totaling 16 goals and 33 points for Minneapolis last season.

In addition to the aforementioned Distad, Minnetonka has found scoring from the youngest players on its roster.

Freshman Lindzi Avar has six points, and fellow freshman Lauren Goldsworthy and eighth-grader Lauren Mack have each totaled four points in three games for the Skippers.

One of the question marks surrounding the Skippers before the season started was how quickly could a couple of members from a talented 2019-2020 15UA team pay dividends at the varsity level, and Avar and Goldsworthy have provided answers.

Junior forwards Maddie Kaiser and Rilee Winters found themselves on new teams this season, with Kaiser transferring from Class AA power Andover to Holy Family Catholic and Winters opting to transfer to Chisago Lakes from Blake.

Both players are verbally committed to Minnesota, and both will play for their respective high school’s junior varsities this season due to transfer rules, making them the rare Division I prospects not suiting up for their program’s varsity team. Kaiser had 23 goals and 43 points last season for the Huskies, and Winters recorded two assists in 21 games for the Bears.

No goalie pipeline, no problem for Lakeville North

If Nora Wall had retired from hockey after Lakeville North’s 6-5 overtime win over Apple Valley on Jan. 15, she would have walked away with a perfect record between the pipes.

Prior to the game against the defending South Suburban Conference champion Eagles, Wall had never played hockey before. With no goaltender in the youth program able to play at the varsity level, the Panthers turned to the senior Wall, who faced 17 shots in the win. Were her numbers sparkling on paper? No, but Wall gave her team a chance to win, which is all you can ask of a goaltender.

Gentry Academy off to hot start in first year

Gentry Academy has kicked off the 2021 season with two wins, outscoring 2020 Class A State Tournament participant Rochester Lourdes and Delano/Rockford by a combined score of 17-3. Senior forward Audrey Jackson leads the team in scoring with four goals and six points, followed by sophomore defender JuliAnna Gazdik and her four assists and five points.

Gentry will face tough opponents this week, squaring off with Holy Family Catholic on Jan. 21 and South St. Paul on Jan. 23. The game against the Packers is a Section 4A battle, and could play a role in determining seeds before the section playoffs. 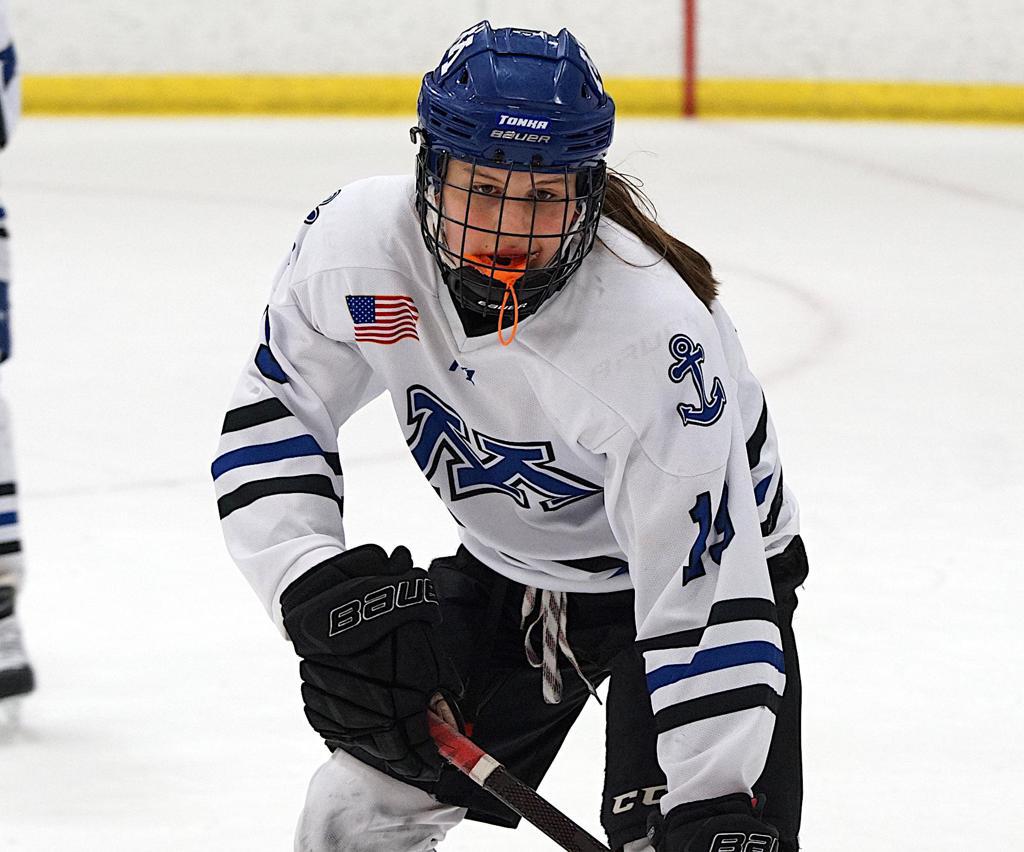 Minnetonka freshman Lindzi Avar ranks as one of the Lake Conference's leading scorers with two goals and six points.