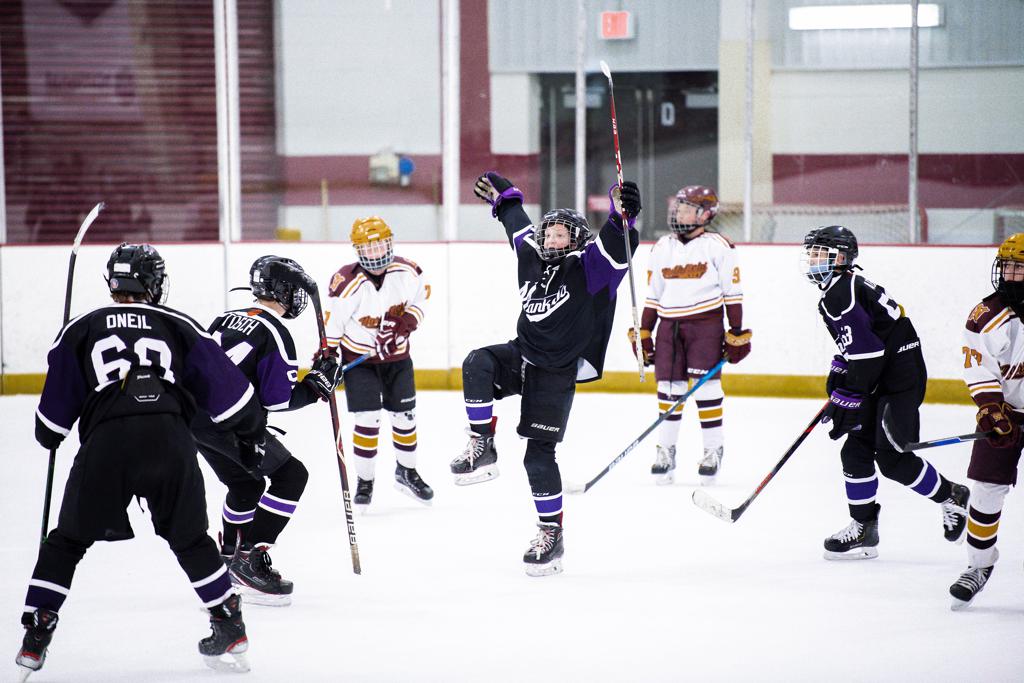 Mankato earned the Peewee A championship with a 6-5 shootout win over Northfield on Sunday afternoon. 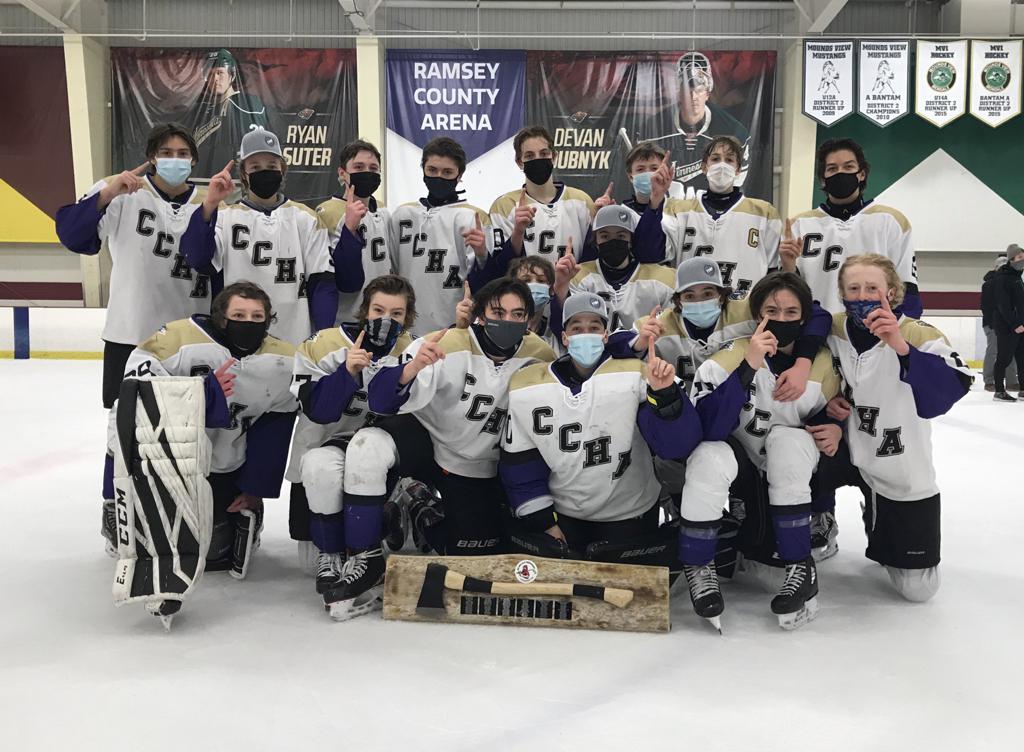 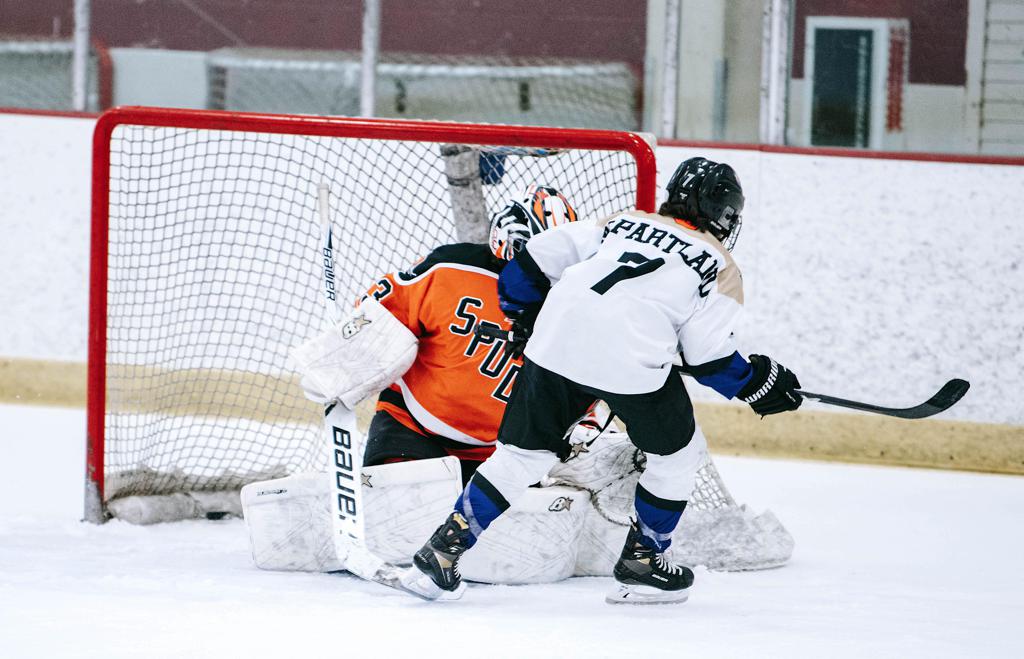 Ryan McPartland scores on a penalty shot during Chaska/Chanhassen's 6-2 championship win over Moorhead.

For Chaska/Chanhassen, it turns out the easiest way to score six goals in a row is to give up the first two scores of the game.

Moorhead took a 2-0 lead over the Stormhawks on a pair of goals by Carter Smith, and the Spuds carried that lead into the last seven minutes of the second period before Mason Grinnell and Henri Ament tied the game for the Stormhawks.

Tied 2-2 heading into the third, Chaska/Chanhassen pulled away from the Spuds, rattling off four goals for a 6-2 victory. Among those goals was a penalty shot tally, scored by Tournament MVP Ryan McPartland with 11:03 to play in the third period. Also scoring in the third for the Stormhawks were Micah Saxon, Cole Seaverson, and Coltin Wassengeso on an empty net.

In addition to McPartland's MVP honor, Mason Grinnell, Brady Robbins, and Nathan Mach were named to the All-Tournament for Chaska/Chanhassen. Making the all-tourney group for Moorhead were Keenen Krogen and Jack Demers. 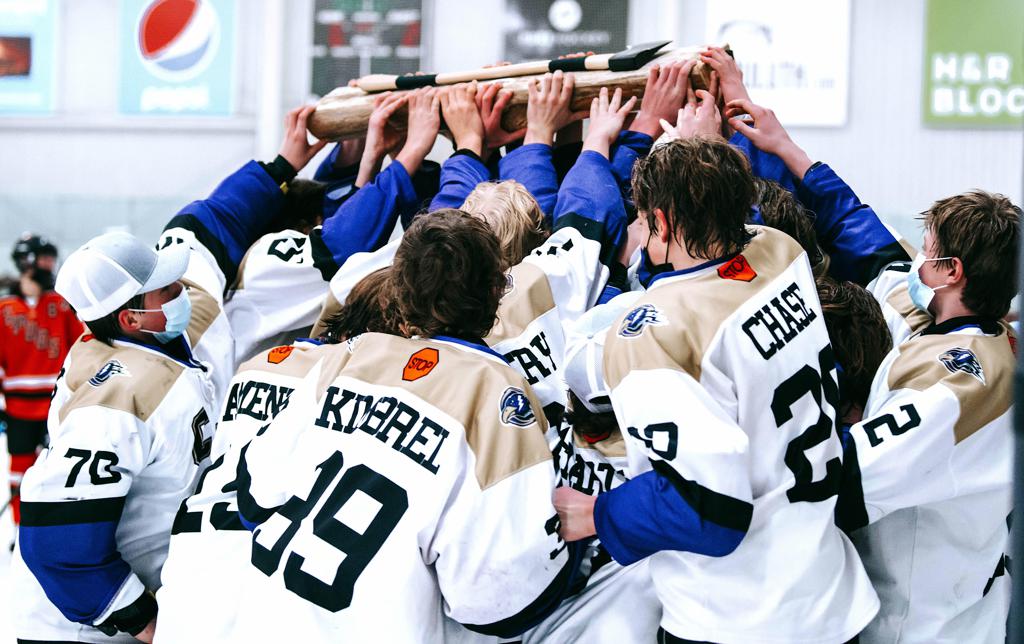 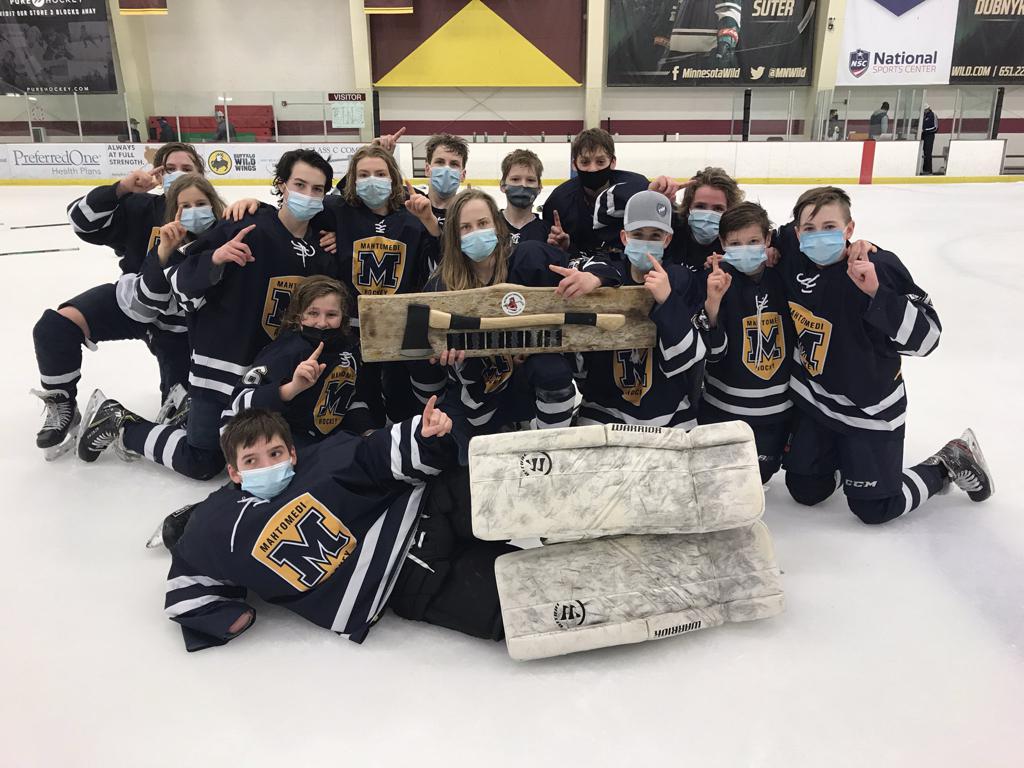 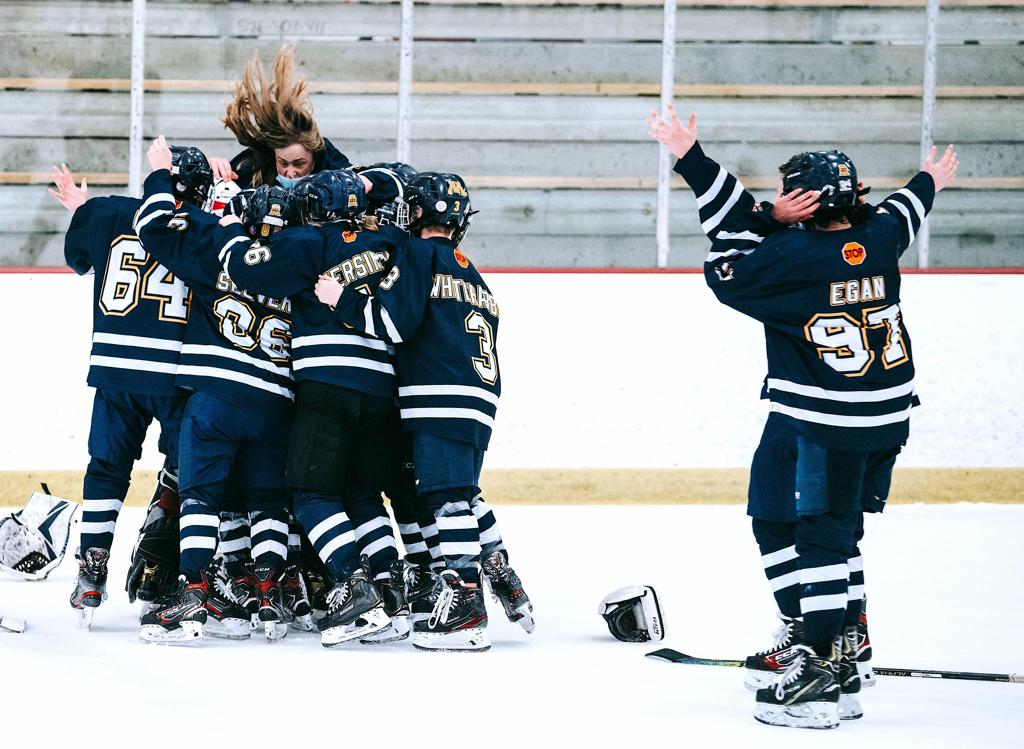 The hair goes flying as a Mahtomedi skater jumps into a happy pile after the Zephyrs earned the PWAA title on Sunday.

Thanks to a pair of goals from Jacob Kletti, Mahtomedi escaped the Peewee AA championship game with a 3-2 win over Chaska/Chanhassen, exorcising the memory of losing to the same Stormhawks during the 2019 Squirtacular finals.

Logan Smith out Chaska/Chanhassen up 1-0 in the first period, giving the Stormhawks an advantage they would hold until Mahtomedi's Jimmy Egan tied the game early in the second frame. Tristen Wassgengeso gave the Stormhawks a 2-1 lead late in the second stanza, but Kletti's first of his two goals tied the contest less than three minutes later to send the game into the third period knotted at 2-2.

Kletti's second goal came with 5:55 remaining in the third period, and the Zephyrs held off a late charge by the Stormhawks to eke out the 3-2 win.

Kletti was named to the All-Tournament team for the Zephyrs, as were Ryland Demars and the tournament's MVP Henry Sampair. Zachary Markwell, Tristen Wassengeso, and Grand Atterson represented Chaska/Chanhassen. 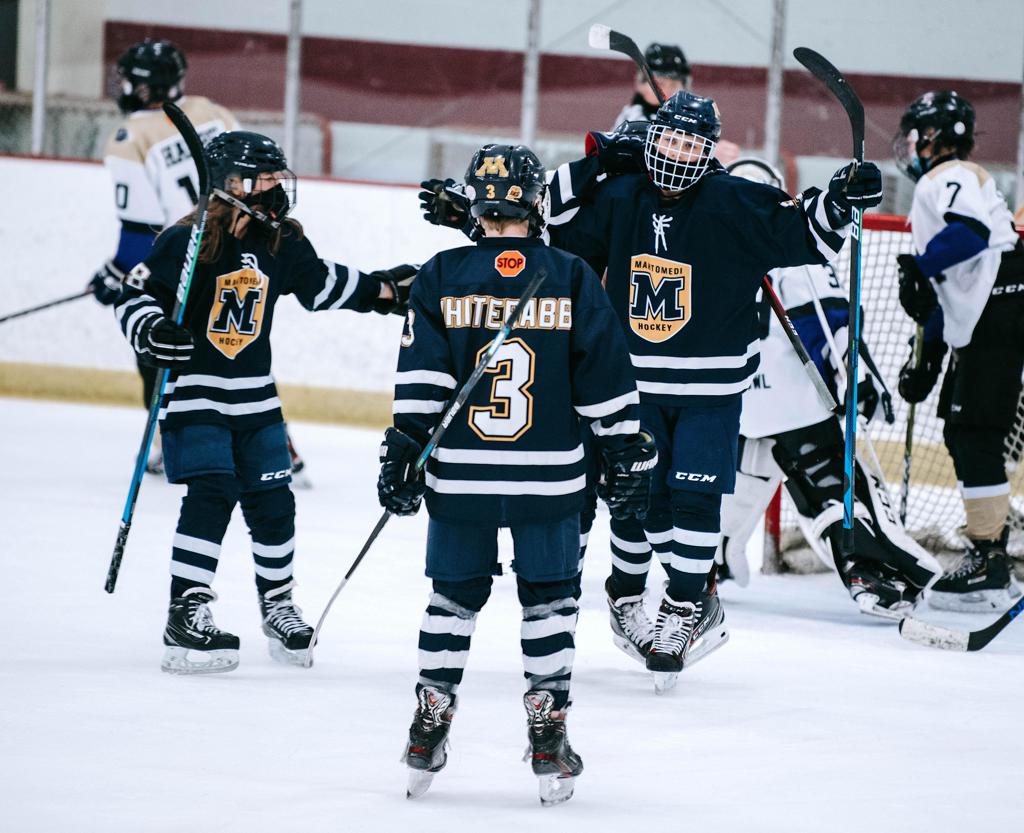 Mahtomedi got a goal from Jacob Kletti in the third period that lifted the Zephyrs to a 3-2 win over Chaska/Chanhassen.

Peewee A Final: Mankato 6, Northfield 5 (SO) 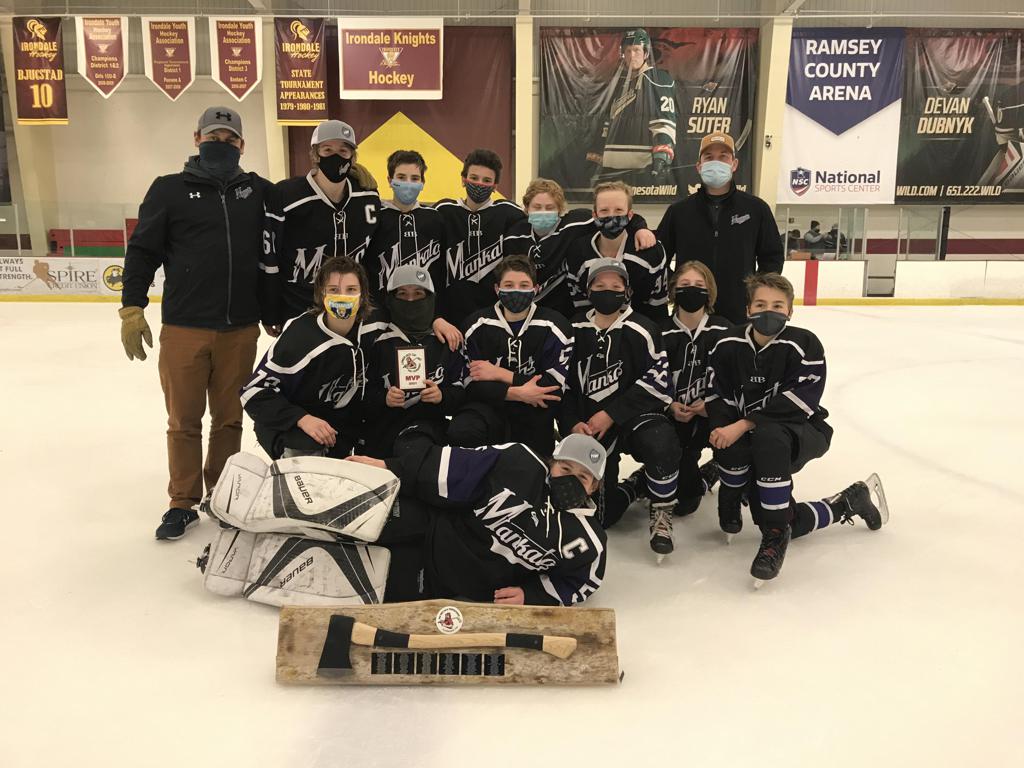 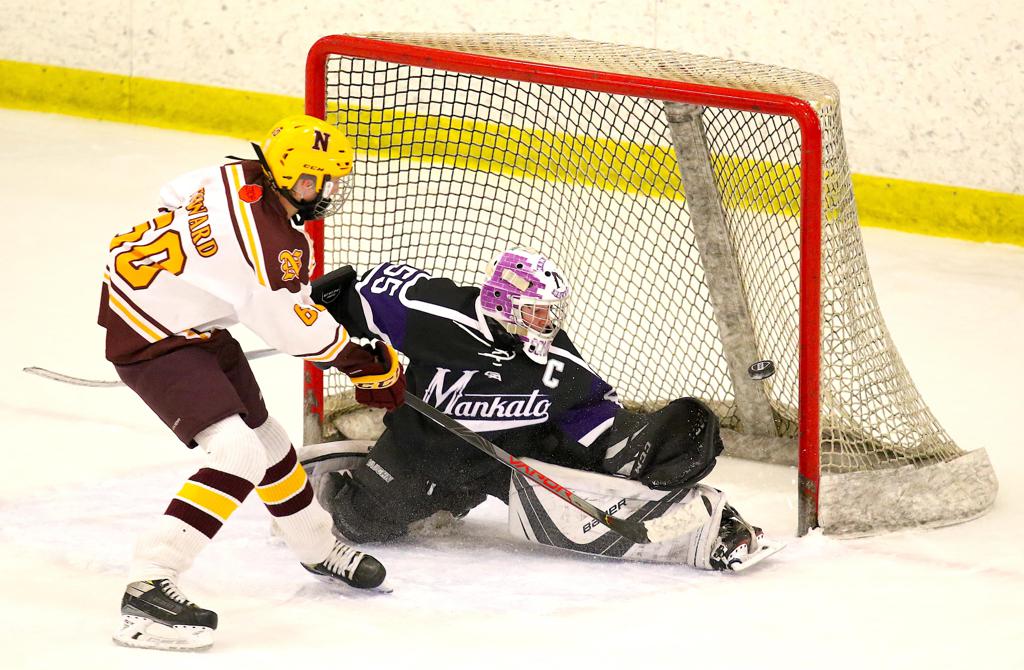 Mankato's Mason Schreiber makes the game-winning save in Sunday's shootout win over Northfield.

It may not have been the Miracle on Ice, but Mankato's comeback on Sunday in the finals of the Lumberjack Cup's Peewee A Division championship may give the 1980 Team USA gold medal squad a run for its money.

The Mavericks found themselves in a 3-0 hole early in the second period against Northfield, with Michael Seward scoring twice and Henry Webber netting the third Raider tally. Undeterred, the Mavericks embarked on a comeback for the (Lumberjack Cup) ages, getting a goal from Jack Hansen and then two more from Zacharia Lang to make the score 3-3 early in the third period.

Webber put Northfield ahead again 4-3 in the third frame, but Mankato's Isaac Ulman and Landon Haglin scored within three minutes of each other to give the Mavericks a 5-4 lead late in period three. Northfield's Ben Geiger tied the game with 1:39 to play in regulation, setting the stage for extra-session heroics.

Jack Hansen and Zacharia Lang scored in the shootout after a scoreless overtime, and Mason Schreiber shut down both Northfield attempts to claim the hardware for the Mavericks. 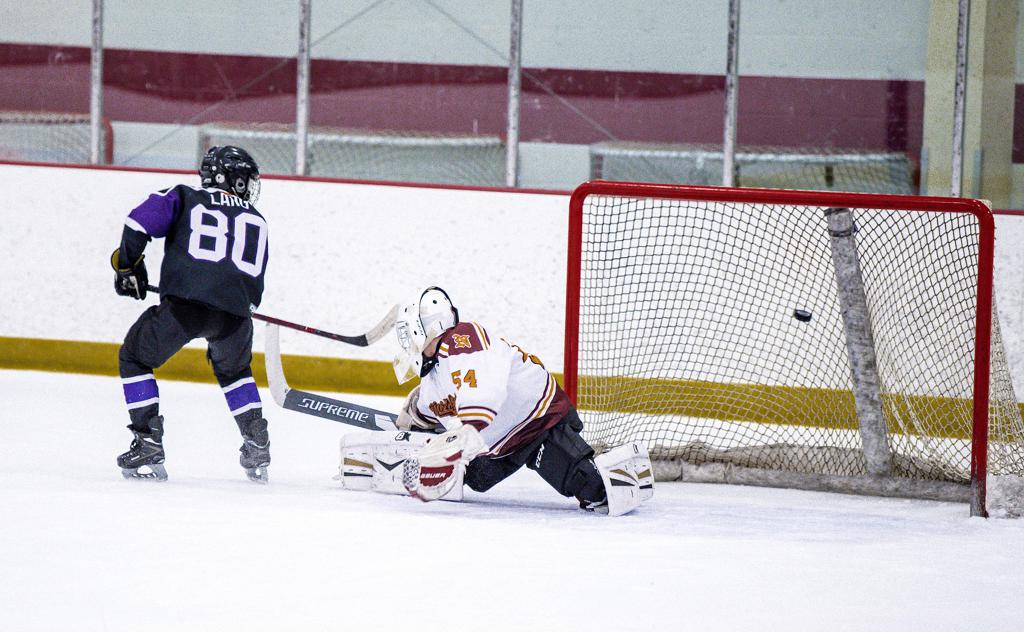 Tournament MVP Zacharia Lang scores during the shootout for Mankato in the Mavericks' championship win over Northfield. 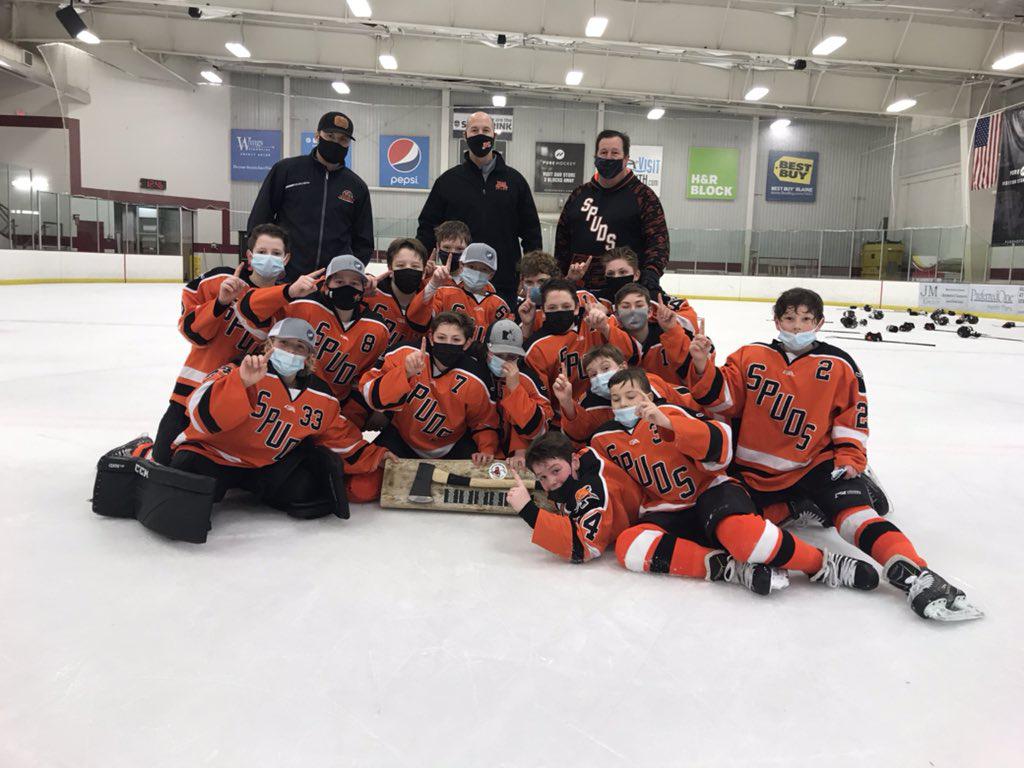 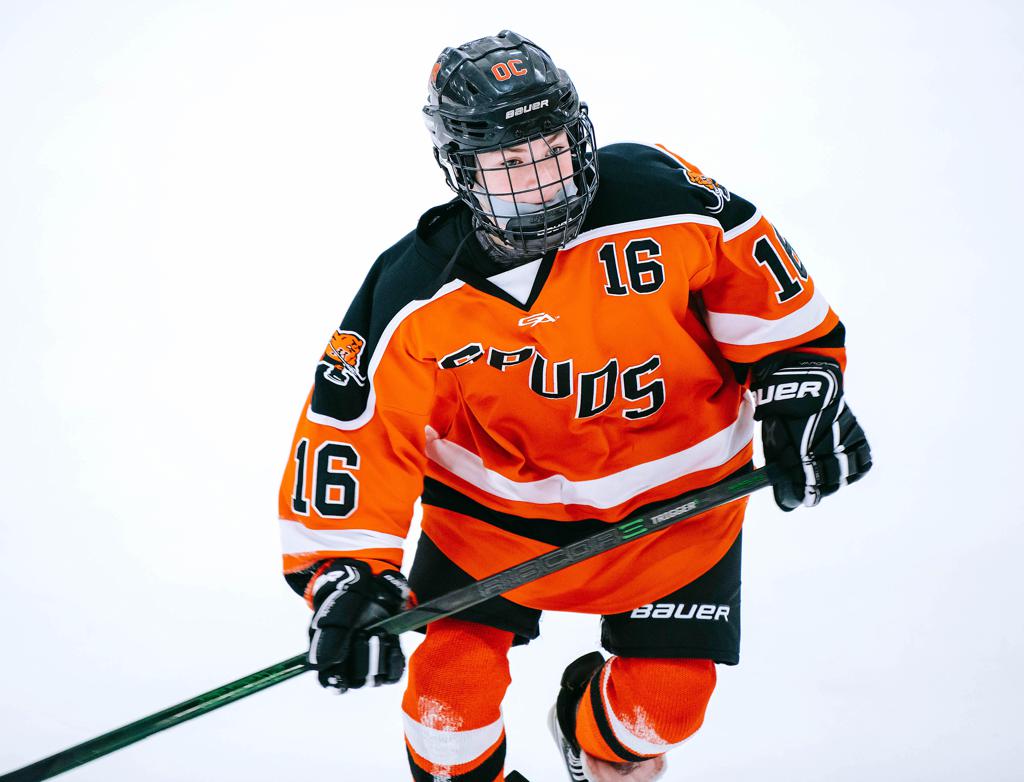 Carter Lee scored the first goal of the game for Moorhead in Sunday's win over Minnetonka.

Moorhead's Carter Lee scored within the first three minutes of Sunday's finale against Minnetonka, and the goal held up as the Spuds blanked the Skippers 3-0 to earn the Peewee B crown of the 2021 Lumberjack Cup.

The Spuds got a pair of empty-net goals from Rylan Overbo and Landon Kramer to ice the win, avenging a 5-1 loss to the Skippers in their first game of the tournament.

Moorhead goaltender Bentley Miller finished the game with 26 spectacular saves to earn the shutout and picked up Tournament MVP honors in the process. Also making the all-tournament team for the Spuds were Overbo and defender Lincoln Schaumann.

Earning a place on the all-tourney team for Minnetonka were Quinton Restrepo, Isaac Godfrey, and Ellis Preissing. 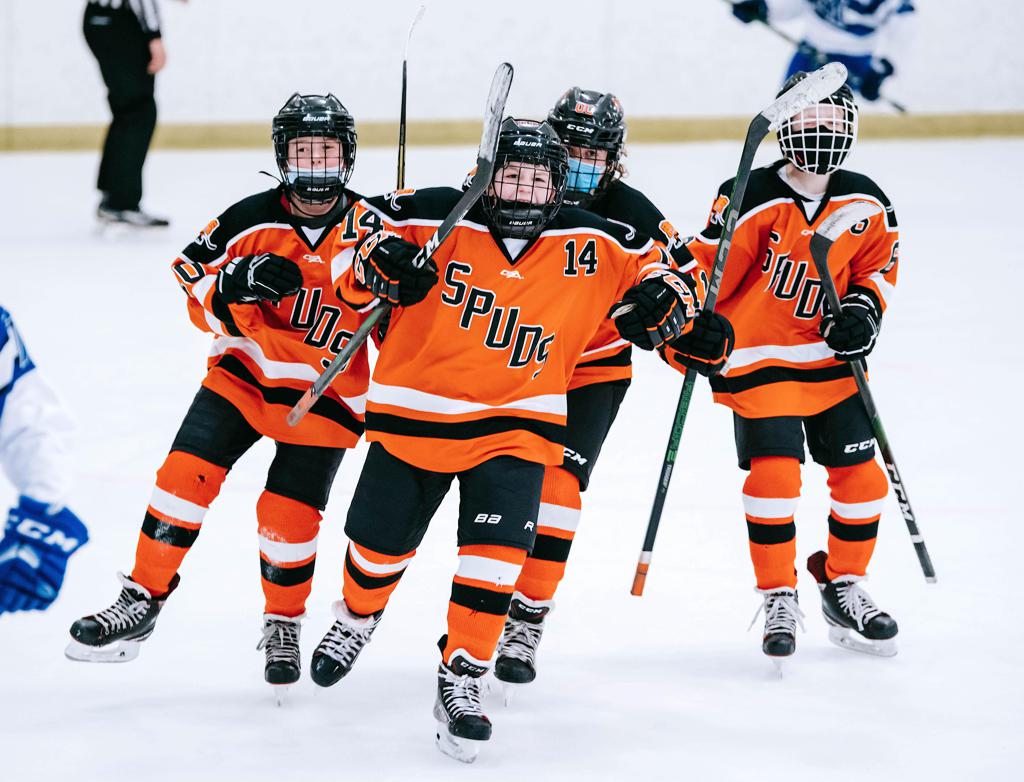