Minnesota high school hockey's sage of the Twin Ports caps a wild 2021 season with his thoughts, feelings, wit, and wisdom.

2021 a time for hockey-themed pause and reflection 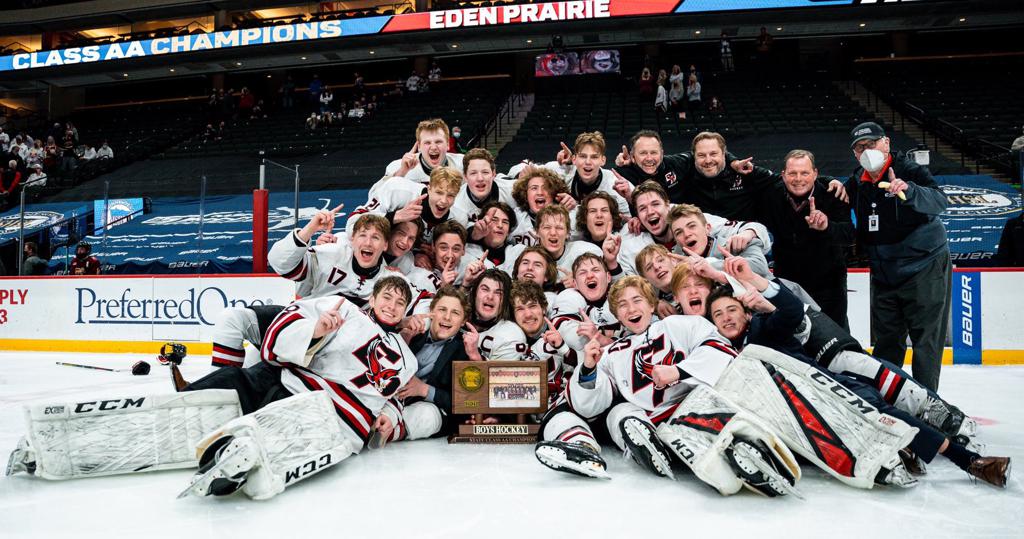 A few hundred fans tuck in along one side of the rink. A few feeble mom- yells ring out here and there. A student section of five makes as much noise as it can for the camera. Piped-in noise fills the void, draws more attention to the absence of the world we know. A late-night drive down Seventh Street finds the scene dead. Along comes litigation (unsuccessful) and a mask mandate (sporadically enforced). Groaning institutions built to keep things as they are, try to adapt to challenges on the fly. This is the 2021 State Tourney, a strange simulacrum of the most Minnesotan of events. Never has it been like this before, and may it never look like this again.

The 2021 Tourney upended so much of what we assume. It turned Hermantown into the plucky fan-favorite upstart and gave redemption to an Eden Prairie team haunted by the near-misses of the past decade. The Class A titlist opened a new era of hockey, the charter school with a not-so-subtle focus that turned a scattered collection of talent into an absolute machine. The two Section One entrants made finals, while the North bowed out early on. Protocols robbed us of two of the state’s great programs, and their absence will forever loom over our memories this year. But the games went on.

The Tourney’s hockey is great, but its mystique comes from its pageantry, its simmering energy, the statewide jersey bingo game and the hormones seeping down from the upper deck, the rising cadence of chants and the high school screams that arise any time the puck gets across the blue line late in an important game. Season ticket holders pass traditions down generations, while parties begin in hotel rooms and restaurants and on bus rides to St. Paul. Sure, Lou Nanne and Dave Wright and Jim Carroll were still there, and it all still ended with a video of great hair. Alas, a comfy couch and some Chad Greenway commercials only go so far. But the games, at least, went on.

The 2020 Tourney closed out normal life before the pandemic came to consume everything, and the 2021 version was a signal that this long, dark tunnel is nearing its end. It stripped away everything but the hockey, and thankfully, the hockey delivered. A bleached-blonde crew from Dodge County darted through the field with the elusiveness of its star, Brody Lamb. Little Falls’ feel-good story took home one win and may have nabbed a second if not for zebra intervention. East Grand Forks followed the necessary formula to make things interesting in the de facto Class A championship game, but Gentry Academy’s freight train eventually built up too much momentum, just as it did in every big game the Stars played. Every AA game had at least some level of intrigue into the third period, and the quarterfinals kept me glued, even as the favorites found their way through. Lakeville South, powered by an incisive top line and some surging sophomores, made its deepest run to date.

The most lasting on-ice memories came through Eden Prairie’s two great overtime affairs. Friday’s clash with Maple Grove, the renewal of a youth rivalry that featured the Tourney’s most hyped squads, provided the fastest pace and wildest two minutes of Tourney hockey I can remember. It will go down as one of the greatest games ever played, and a sparse crowd will only add to its mystique: who among us made it in for that epic affair? Saturday night offered a more muted but equally nervy sequel, this time with a second extra session to drag the season on deeper into April. In both games, the Eagle stars would not be denied, and a senior class that twice saw its dream fall short fulfilled its promise on Saturday night. Lee Smith, the finest players’ coach of his era, asked his ones to win it for him, and win it they did.

The exhaustion and punishment of the Tourney seemed even more obvious this season. First, there was Zam Plante, his face beet-red after fourteen straight minutes on the ice. Zam and his junior varsity Hawks were as gutted as any team after their loss, a quest to keep their teammates’ dream alive that encountered just a bit too much Lamb. In the overtime affairs, Carter Batchelder poured it all out: he put his team on his back in the Maple Grove game and willed his way through the championship game as his body failed him. After the title-winning goal, Jackson Blake looked more anguished than elated, his conquest bringing about a final great release. This was a year of perseverance, of powering through both small annoyances and great uncertainties, of finding ways to win in spite of the troubles that consumed so many of us.

In my own little corner of Tourney life, it is much the same. Among the Youth Hockey Hub crew, there are few laments over limited credentials or deprivation of the usual pleasures. We just find new ways to make do and have fun with it, sprawled on a couch in Lowertown. A year of Zoom was adequate preparation for a live-streamed tailgate, and phone calls took the place of press conferences. I miss the spontaneous meet-ups with old friends, but my phone steadily explodes throughout the week and leaves me feebly trying to keep up. I feel more plugged in but less able to appreciate it all, wired into a network rather than full sensory immersion. It is a feeble imitation, but the failure to match the past is no reason not to push in on net with a Barrett Hall power move.

It feels discordant to watch the final day in shorts, this Tourney creeping later than it should, and I head home less tired than ever, spared the usual grind of arena entries and exits and long nights out, freed to keep up on life beyond hockey (yes, Minnesota, it does exist) through morning runs and a Thursday off day. I would say next year will bring us back to normal, but for all the pretense of tradition, no Tourney is ever quite normal. Certain patterns imprint themselves in our minds, come to define this week, but the hockey world shifts beneath us every year. It hurtles along, and we adapt, or we die. But along the way, there are still signposts; still some anchors in a liquid world that give it order, give it continuity, give off that warm sense of home among one’s own people. This Tourney managed some of them in spite of it all, and next year I will appreciate the rest more than ever. 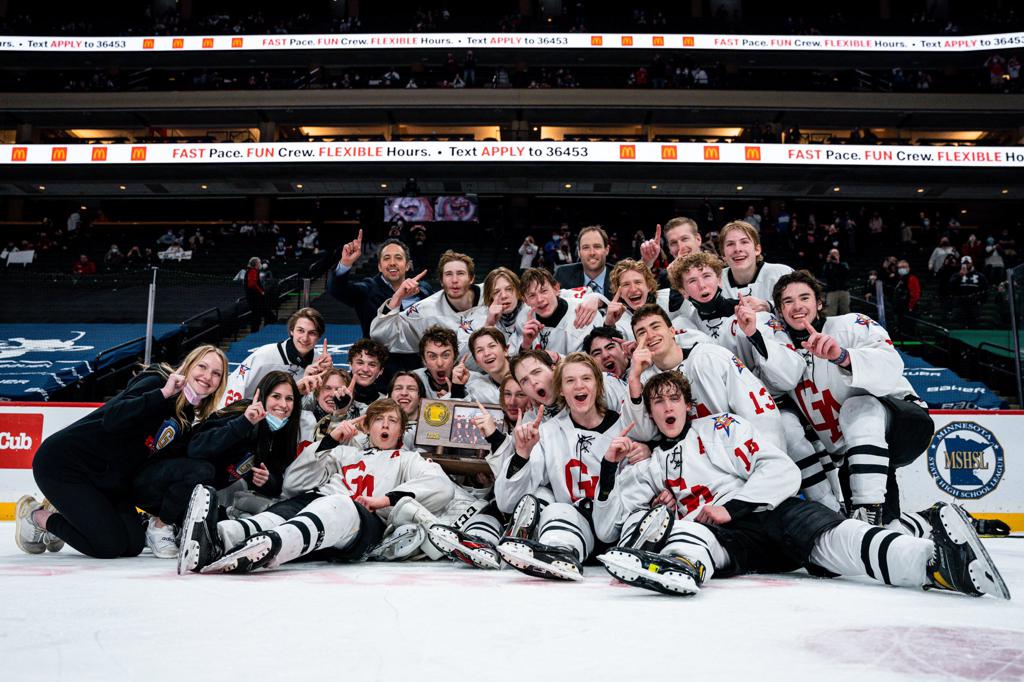